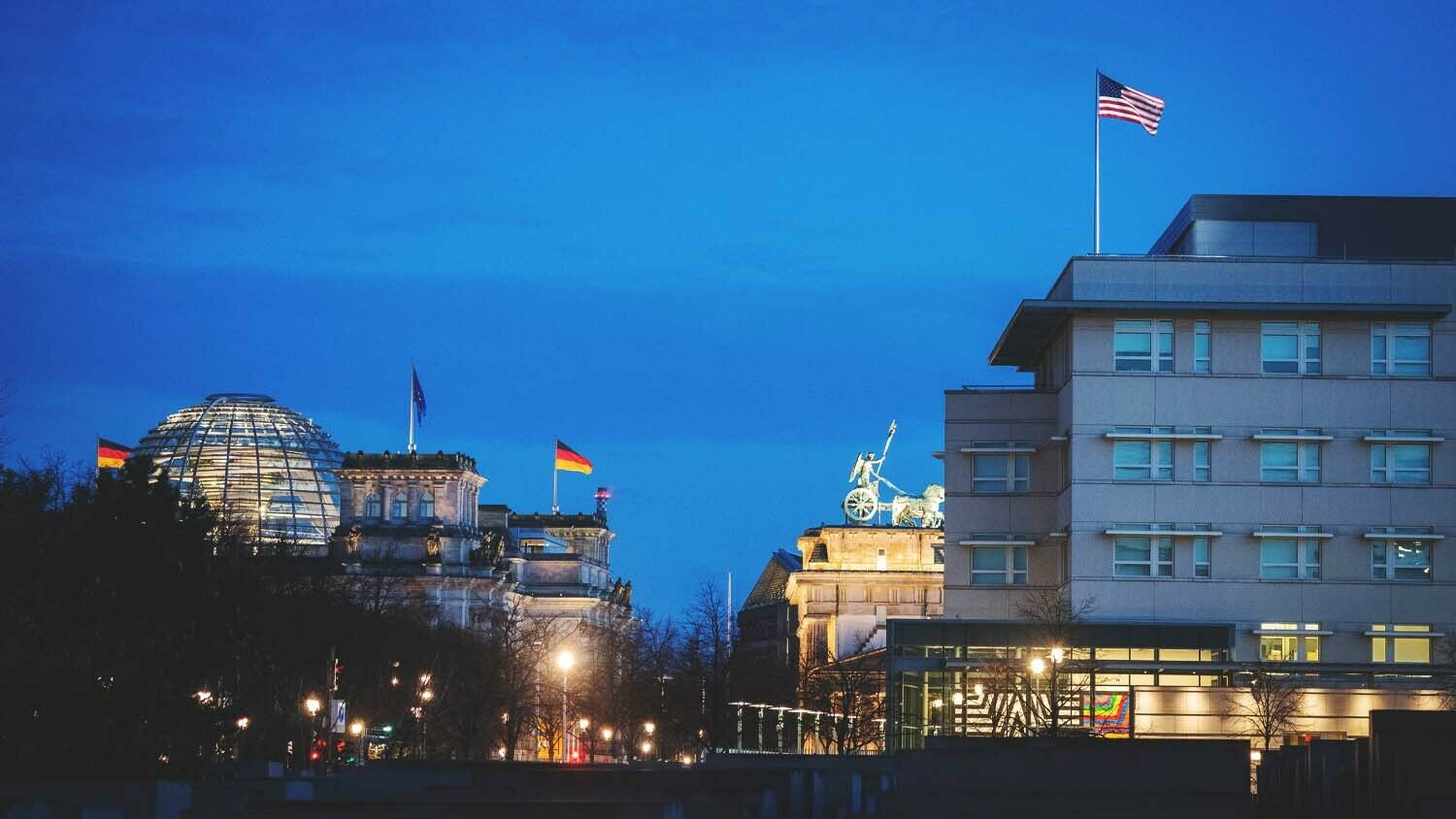 The United States flag waves over the U.S. Embassy in Germany, near the Brandenburg Gate and the Reichstag building.
Kay Nietfeld/picture alliance via Getty Images

Two officials from the United States Embassy in Berlin, Germany, have developed “Havana syndrome,” the Wall Street Journal reported on August 18. Havana syndrome is believed to be caused by “sonic attacks,” which hit victims with a laser-like “beam” of sound, at first unnoticeable to the victim, or directed electromagnetic energy. Symptoms of Havana syndrome include nausea, severe headaches, ear pain, fatigue, insomnia and sluggishness. Sonic attacks can also lead to permanent hearing loss and even brain damage. The two victims were affected so severely that they could no longer perform their regular duties.

“There is no evidence about what happened to us,” one of the victims said, “but it is striking that some of us had worked on Russia-related issues.” The two officials are outspoken critics of Russian disinformation and the Nord Stream 2 pipeline.

The recent attacks were the first reported cases of such incidents in a North Atlantic Treaty Organization member-nation that hosts U.S. troops and nuclear weapons, the Wall Street Journal reported.

U.S. officials in China and Cuba have also fallen victim to sonic attacks. Just today, August 24, it has emerged that United States Vice President Kamala Harris’s flight from Singapore to Vietnam was delayed for several hours due to a new report of a possible sonic attack in Hanoi, Vietnam. Hundreds of diplomats, intelligence officials and military personnel have reported similar symptoms believed to be related to sonic attacks.

The cases in Europe are said to have targeted Russian critics who reportedly worked on gas exports, cybersecurity and political interference.

Russian President Vladimir Putin is stoking fear in Europe. The fact U.S. officials are being targeted shows how weak and little respected the U.S. leadership currently is. It is becoming increasingly evident that Europe is on its own in confronting Russia.

In The Prophesied ‘Prince of Russia,’ Trumpet editor in chief Gerald Flurry discusses a specific prophecy regarding a specific individual who would come on the scene in the end time: “Son of man, set thy face against Gog, the land of Magog, the chief prince of Meshech and Tubal, and prophesy against him” (Ezekiel 38:2).

“God shows us in the Bible that this prince holds a very significant worldwide role,” writes Mr. Flurry. “He is a famous and greatly feared world leader.”

As Mr. Flurry explains in detail in his booklet, the locations mentioned in Ezekiel’s prophecy refer to the geographical region of modern Russia. Mr. Putin is already fulfilling these prophecies. Putin’s ever extending reign, his dictatorial measures and foreign-policy aggression are proving Mr. Flurry’s Bible-based prediction to be true.

The rise of this “prince” also has direct implications for Europe.

Daniel 11:40-45 show that Europe, referred to as “the king of the north,” will be moved to quick military actions in response to China’s and Russia’s advances. Verse 44 shows that “tidings out of the east and out of the north shall trouble him: therefore he shall go forth with great fury to destroy, and utterly to make away many.”

Europe and Russia are cooperating today, but a clash is imminent. Request a free copy of the The Prophesied ‘Prince of Russia,’ by Gerald Flurry, to learn more about Putin’s aggressive tendencies, how they relate to Bible prophecy, and how Europe will respond to them.