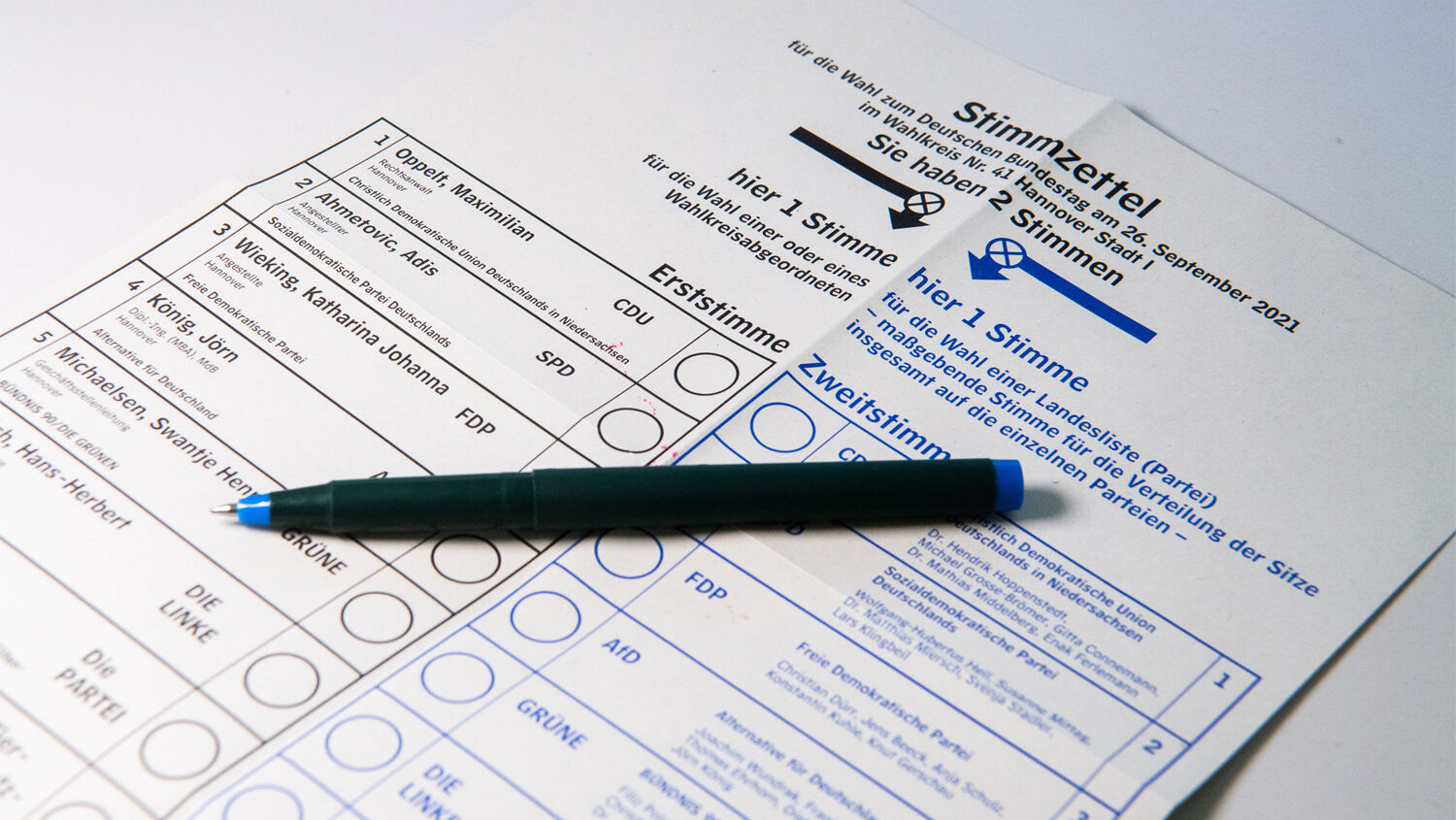 What you need to know about Germany’s upcoming federal election

Mail-in voting began in Germany on August 15, six weeks ahead of the September 26 election date. In 2017, only 29 percent of voters chose to vote by mail. But during the pandemic, mail-in ballots could become the majority. In the meantime, the competing candidates are as unpopular as ever. In a recent poll, 46 percent of surveyed voters rejected all candidates.

Germany’s established political parties are in despair. In Germany’s last election, the right-wing Alternative für Deutschland (AfD) entered the German parliament for the first time. This year, the Green party appears set to rise from the fringes to become one of Germany’s most popular parties.

The fractured party system portends turmoil. The Christian Democratic Union (cdu), however, seems to have no plan to bring about stability. In 2020, the cdu debated who should be their party leader and be given the highest chance to succeed Chancellor Angela Merkel. The date to make the decision was postponed repeatedly, partly because the favored candidate, Armin Laschet, was unpopular among voters; other candidates were considered more favored. Nonetheless, on January 16, the Christian Democratic Union voted Laschet as party leader.

Given his great disapproval among the populace, the debate over who will be chancellor candidate continued. On the national level, the cdu campaigns with its sister party, the Christian Social Union (csu). Its leader, Markus Söder, was (and still is) the far more popular candidate. Yet the cdu-csu appointed Laschet as chancellor candidate.

Throughout the campaign, Laschet has continued to decline in the polls.

But June brought an unexpected election success for the cdu. It won the election in Saxony-Anhalt on June 6, receiving 37 percent of the votes, followed by the Alternative für Deutschland with 21 percent. Prior polls had indicated the AfD might win the election. Polls also promised a better result for the Greens. An interesting note: Of the 1,788,955 eligible voters, 1,079,287 cast their ballots, including 314,223 by absentee ballot.

In 2020, the AfD warned against the use of unprecedented mail-in ballots. “There are perfidious plans by the established parties to carry out the biggest election fraud in this country next year,” said AfD member of parliament Robert Farle in the Magdeburg state parliament.

The Berlin Social Science Center found that the cdu-csu, the Free Democrats and the Greens receive comparatively more votes in mail-in ballots, while the AfD performs better with in-person voting. The center also claimed that primarily the “well-educated and relatively affluent” chose to vote by mail.

The recent United States presidential election has shown that the mail-in voting system can be manipulated. Trumpet editor in chief Gerald Flurry wrote on this subject in the January 2021 Trumpet issue. Deutsche Welle pointed out that Germany had introduced various measures to secure the system from large-scale fraud; the vote could still be manipulated, however, if someone influenced another person’s vote or filled out the ballot for him. Numerous cases of fraud have been exposed. In one case, 500 mail-in ballots were accidentally shredded; in another case, 50 votes were exposed as fraudulent in a city council election.

It is clear that mail-in ballots can be manipulated. But to some authorities, the numerous cases that have been exposed prove that the elections in Germany are fair and that supervision works.

In 2009, the Organization for Security and Cooperation in Europe requested that “consideration should be given to reviewing the existing safeguards against potential abuse of the absentee voting system to determine their suitability.”

In 2017, br.de wrote: “The Federal Constitutional Court has dealt with the legality of absentee voting several times. It has always ruled in their favor. The argumentation: A lack of control of the absentee ballot is outweighed by a higher voter turnout.”

But mail-in voters are now becoming the majority. “The number of absentee voters has been rising for years,” wrote Spiegel Online on August 16. “And the federal election commissioner expects there to be another surge in the coming election. As a result, the count could take longer.”

Federal Election Commissioner Georg Thiel told Deutschlandfunk radio that considering the precedent of recent state elections, they expect an approximate doubling in mail-in ballots for the next federal election. In other words, close to 60 percent of citizens could vote by mail this year. But even if this record is not reached, millions of mail-in ballots cause concern for some observers. It might also increase the temptation for some to cheat the system one way or another.

The uncertainty about the election, the unpopular candidates and the fear of manipulation all worry the German people. The Bible reveals that a strongman will make use of these concerns.

Revelation 17 describes 10 kings, or European leaders, who will rise in our time. “And the ten horns which thou sawest are ten kings, which have received no kingdom as yet; but receive power as kings one hour with the beast. These have one mind, and shall give their power and strength unto the beast. These shall make war with the Lamb, and the Lamb shall overcome them: for he is Lord of lords, and King of kings: and they that are with him are called, and chosen, and faithful” (verses 12-14).

The Bible reveals that one overarching strongman will come to power through “flatteries” (Daniel 11:21). A chaotic election year could certainly further the fulfillment of this prophecy. Germany’s election and its aftermath need to be closely watched. A dictatorship is about to be established in Germany, and trends are clearly pointing in that direction. Read A Strong German Leader Is Imminent to learn how the Bible reveals it will unfold.