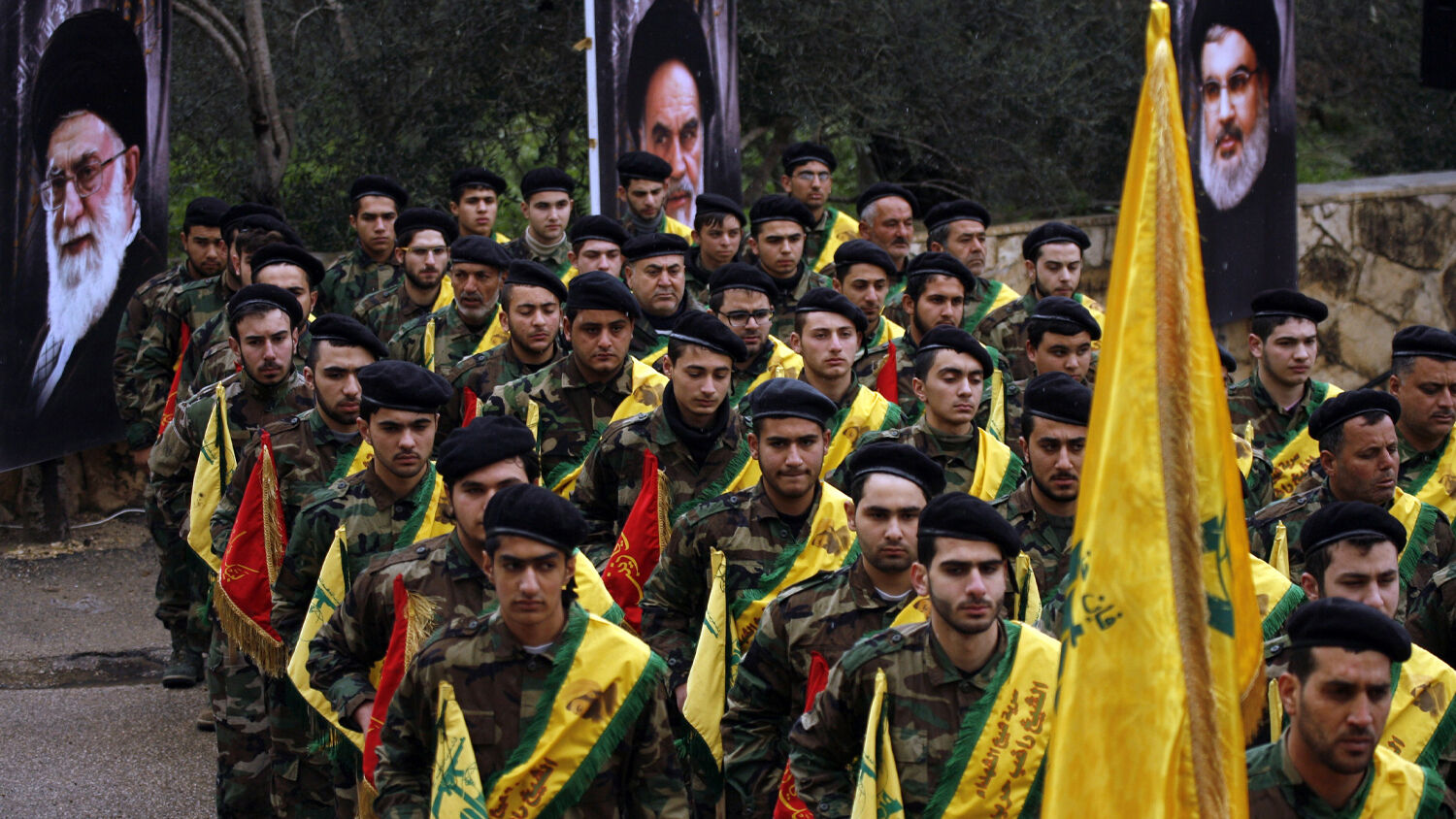 As the world watches the Taliban take over Afghanistan, Bible prophecy demands that we keep focused on the main threat in the Middle East.

Immediately following America’s invasion of Afghanistan in 2001, the Trumpet boldly forecast that it would result in an unmitigated defeat for the world’s lone superpower. “While the United States wants to eliminate terrorism and is becoming much more aggressive in trying to do so, its efforts will fall short,” wrote Trumpet managing editor Joel Hilliker. “It frankly does not have the necessary will to tackle the enormity of the problem!”

Afghanistan’s stunning collapse to the Taliban after America’s ill-conceived and shameless retreat has proved that forecast true.

There were certainly others over the past two decades who gradually saw the Afghan war as unwinnable based on the United States’ failing strategy. Yet it wasn’t America’s strategy that informed our forecast, but biblical prophecy.

This is why the Trumpet was able to declare that this war would be a failure before one American soldier set foot on Afghan soil. America had already won its last war 50 years previous, and Afghanistan would be no different.

But more than just forecast America’s defeat in Afghanistan, that same 2001 Trumpet article made another astounding prediction—again, based on biblical prophecy: “[W]e can see unequivocally that the terrorist snake will survive America’s aggression—head intact, and stronger than ever. ... Make no mistake about it: Iran is the head of the snake.”

Realize the significance of this statement: Just as the world’s lone superpower invaded Afghanistan armed with the most sophisticated weaponry ever used in warfare, we actually forecast that by the end of the failed campaign, not only would Islamic terrorism survive, but Iran, the chief sponsor of terrorism, would emerge stronger than ever.

Has that forecast come true?

As the world witnesses the shocking defeat of the United States to the Taliban, it’s worth considering, with a far greater sense of urgency, the resurgent power of the Islamic regime in Iran.

This is not to diminish the extreme catastrophe taking place in Afghanistan, nor the horrific conditions that await the Afghan people as Taliban rule snuffs out any hope of personal freedom. Nor too does it mean not recognizing the legitimate threat that Afghanistan will once again become a launching pad for terrorist attacks on the West. Make no mistake: Taliban rule in Afghanistan will be horrific for Afghans, as well as threaten peace elsewhere. But don’t let the dramatic footage of towel-headed Taliban fighters wielding AK-47s and driving American-made Humvees through the streets of Kabul distract you from the far greater threat Iran currently poses to the world.

The same genocidal ideology that governs the Taliban also reigns supreme in the Islamic Republic of Iran.

Yes, the Taliban was shouting death to America yesterday as it took over Kabul. But that same chant is heard after Friday prayers every week in Iran, not to mention voiced inside the Iranian parliament in Tehran. Yes, the Taliban provided safe haven for Osama bin Laden’s al Qaeda as he planned the September 11 terrorist attacks in 2001. But it was also the mullahs in Tehran who worked with al Qaeda to give safe passage to the terrorists as they crossed through Iran en route to carry out their attacks. Furthermore, for the past five years, when it became too dangerous for al Qaeda inside Afghanistan, all the top brass of the group moved to Iran. Even now, the leadership of al Qaeda moves freely inside Iran, acting in consort with, and under the direction of, Iran’s Islamic Revolutionary Guard Corps.

Furthermore, while the world wonders what threat al Qaeda may pose in the future if it resurges in Afghanistan, Iran’s current actions are setting the Middle East on fire.

As Jonathan Spyer wrote in the Wall Street Journal on August 16, “The Taliban’s seizure of power in Afghanistan, while swift and dramatic, is neither the first nor the sole challenge to the U.S. and its allies taking place in and around the region. Iran is mounting another, no less significant push” (emphasis added).

Spyer then detailed several instances over the past few months of Iran pushing at the West: the unprovoked Iranian drone strike on the merchant vessel Mercer Street in the Gulf of Oman, which killed a British crewman and the Romanian captain; the launching of 20 rockets by Iran-backed Hezbollah into Israel (the first time this has happened since the second Lebanon war 15 years ago); the 20 strikes by Iran-backed militias on U.S. targets inside Iraq; an underreported Iran-led offensive inside Syria, which is bringing its forces closer to attacking both Israel and Jordan.

Yet hardly any of this current Iranian push is reported on by the mainstream press. This is because the chief foreign-policy objective of the Biden administration is to reorient the Middle East in favor of the Iranian regime. In fact, the wall-to-wall coverage of Afghanistan will no doubt act to shield Iran’s continued rise to power, as well as distract from its race to obtain a nuclear weapon. Two weeks ago, Israeli Defense Minister Benny Gantz declared that Iran is only 10 weeks away from obtaining the bomb.

In fact, it’s possible that the overwhelming coverage of Afghanistan right now could lead many to mistakenly look at Iran as a moderate nation. It’s not a stretch to imagine a scenario in the very near future where the Biden administration looks to partner with Iran at holding back the Taliban in Afghanistan. Taking it one step further, is it possible that the Biden administration announced it was leaving Afghanistan without any preconditions, knowing full well the Taliban would take over immediately, and thus provide added incentive to work together with the Iranians?

If this sounds familiar, it’s because the same thing happened inside Iraq at the end of the Obama administration. In 2011, then President Barack Obama demanded that American forces leave Iraq against the advice of all the top military commanders. This led to the terrorist resurgence in the form of the Islamic State. The sadistic barbarism of the Islamic State shocked the world, which then justified the use of Iran-backed Shiite militias in Iraq to fight alongside the United States to defeat the Islamic State.

At the time, Trumpet editor in chief Gerald Flurry called the Islamic State a distraction from the real danger in the Middle East: Iran. In “America’s Greatest Defeat—Iran’s Victory,” Mr. Flurry explained how the U.S. was lured in to fight alongside Iran, which only empowered Iran to take over Iraq after the fall of the Islamic State.

While it is unlikely that Iran will desire to take over Afghanistan as it has Iraq, it’s still highly likely that the Taliban takeover will act as a distraction, diverting attention away from Iran’s drive to control the Middle East.

The fact is, right now Iran poses a more imminent and more powerful threat to the world than the Taliban could ever muster.

Instead of opining on the threat Taliban rule might pose for the world in the years to come, Iran’s current push for control of the Middle East, and its quest for obtaining nuclear weapons to fulfill its radical genocidal ambitions, demands that we not take our eyes off Iran.

More importantly, Bible prophecy demands that our attention must stay with Iran. Without a doubt, Iran will emerge far stronger from the Taliban’s takeover of Afghanistan.

This is what Mr. Flurry wrote about the Islamic State, but it could be applied right now to Afghanistan:

The shocking barbarity of the Islamic State consumed a lot of the world’s attention the past few years. In one sense that was understandable. But if people had viewed those events in the context of Bible prophecy, they could have seen that there was an even bigger danger that was being overlooked.

And that danger is the rise of Iran!

While America’s defeat in Afghanistan is an important fulfillment of prophecy in its own right, we cannot allow the Taliban take over to make us overlook the bigger danger posed by Iran.

To consider this, as well as the biblical prophecies that underpin our forecast related to Iran, I suggest you read Mr. Flurry’s 2018 article “America’s Greatest Defeat—Iran’s Victory.”

As we wrote at the outset of the Afghan War, the Iranian head of the terrorist snake would emerge from American’s invasion “intact, and stronger than ever.”

In the aftermath of America’s withdrawal from Afghanistan, don’t be distracted from the real danger in the Middle East. Continue to watch as Iran grows stronger. It is Iran’s pushy foreign policy that the Bible prophesies will be the catalyst for major end-time events.