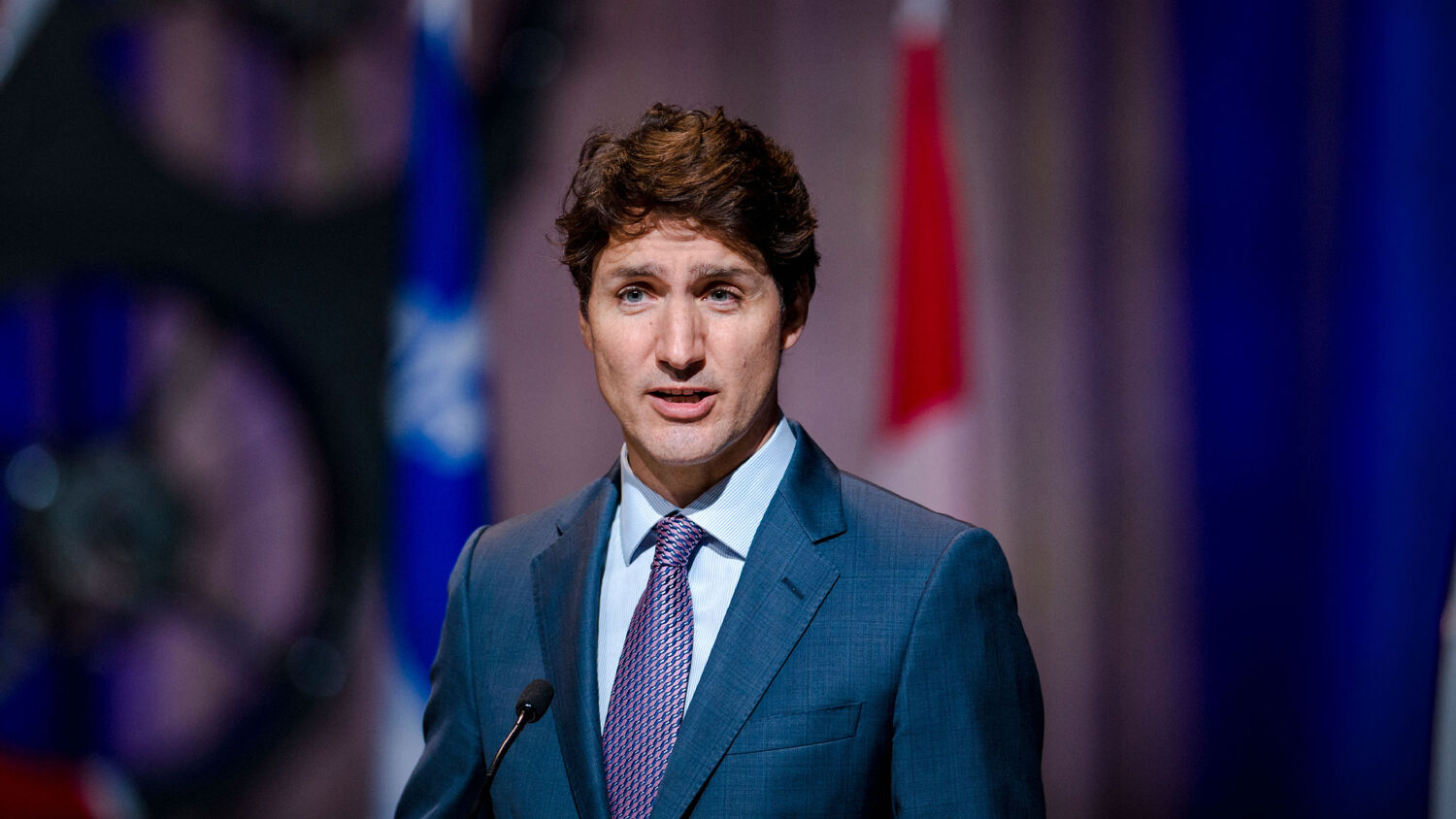 Canada plans a massive expansion in mail-in ballots in a new snap election.

On August 15, Canadian Prime Minister Justin Trudeau called an early federal election. Voting day will take place September 20. This leaves only 36 days for campaigning, the shortest period allowed under Canadian law. Trudeau has called the election in a bid for a majority government. Since 2019, the Liberal Trudeau government has been ruling with a minority mandate.

Just three days earlier on August 12, Canada’s top medical official, Dr. Theresa Tam, announced that Canada has entered the fourth wave of the covid-19 pandemic. There is a concerted effort to frame this as a “pandemic election.” The latest federal covid modeling is predicting that Delta variant infections will exponentially increase in late September and early October if there are events that increase community contact, which is nearly perfectly timed with voting day on September 20.

Due to the persistence of the pandemic narrative, Elections Canada has planned changes to the voting process in order to “prepare for the delivery of an accessible, safe and secure election during a pandemic.”

The polling stations are expected to be inundated with safety measures, such as social distancing, sanitation, mandatory masks, capacity restraints in the facility, and long lines of people waiting to enter the polling stations. This may prompt many to pursue alternative options.

The main focus of the changes is mail-in voting. Elections Canada states, “We have improved the process to request a special ballot and increased our capacity to process requests while preserving vote integrity”—yet it doesn’t specify what all the process changes have been.

Mail-in ballots would be more easily accessible by the ability to register for a ballot online, which would expose voter registration to the online world for the first time. Special ballot boxes will be set up at all polling stations where mail-in ballots can be dropped off in person instead of mailed. Proof of address and identity are still required. For the 2019 election, the rules were changed to allow Canadian nonresidents living outside the country to vote by mail.

However, the main feature of the election will be the volume increase of vote by mail. Elections Canada surveys indicate that between 25 and 29 percent of Canadians will choose to vote by mail. That would be around 5 million ballots, which would be an exponential increase from the 54,000 tallied in the 2019 election. That is over a 9,000 percent increase!

The vote-by-mail tallying system divides the ballots between being counted at a central, federally run location in Ottawa and at the local returning offices. Mail-in ballots from nonresidents, overseas, and people not currently living in their voting district get sent to the central location. In the past this was the lion’s share of ballots. The local returning offices received an average of 15 to 20 ballots to count. But now those local offices may be required to count up to 15,000 ballots. Counting machines have been ruled out from being used so far by the government.

Elections Canada admitted: “An increased volume of mail-in ballots would delay the release of election results.” Generally, results are announced late into the night on voting day, but officials are estimating it could take three days before the results are known.

Elections Canada has clarified that there may be delays as it is unable to count advance votes as they come in. The government officials also said that they were not anticipating any specific risk of fraud, should there be a surge in mail-in ballots.

Internal communications acquired by Global News reveal that Elections Canada officials are concerned about election integrity and the media coverage of the election night results: “Canadian electors and stakeholders are heavily influenced by news coverage from the United States and it will be important to distinguish between Canada’s electoral system and the integrity safeguards built into it versus that of the United States.”

The federal cyber security agency (cse) reported in July that holding an election during the pandemic will increase the threat of foreign interference. The cse report stated: “We assess that it is very likely that false information connecting voting by mail to voter fraud will circulate in Canada in relation to the next federal election.” ctv News wrote:

The cse nonetheless believes such “false narratives” will pale in comparison to the rampant allegations of voter fraud during last year’s U.S. presidential election, which were often perpetuated by Donald Trump and his supporters.

Despite the massive amount of evidence of mail-in voting fraud for the U.S. election in 2020, Elections Canada and the cse, both run by the Liberal government, are confident there will be no fraud from the mail-in voting and that any speculation about voter fraud will be “misinformation.” Yet the same federal government set the voting day at the expected climax of the fourth covid wave in hopes of gaining a majority.

The pandemic context is very important. Under Canadian law, the Canadian Electoral Officer (ceo) has the power to recommend the cancelation of the election if there is a major crisis in a voting district, as the Elections Canada website explains:

In an extreme and unexpected case, the ceo could certify that it has become impracticable for Elections Canada to administer the election in one or several electoral districts and recommend to the Governor in Council that the election writ be withdrawn.

That is the outlook under the current laws. However, Canadian Parliament has stalled on passing Bill C-19, which would grant temporary changes to the election process due to the pandemic. These changes would include having the voting occur over a span of three days instead of one, allowing people who registered to vote by mail to vote in person (with a process to cancel their mail-in ballot), and granting the Canadian Electoral Officer power to extend the amount of time a district has to count votes if there is a pandemic-related emergency. It is unclear whether Bill C-19 will be passed in time to affect the current election.

All of this should disturb Canadians, because this exact scenario played out in America only a few months ago. The results of the U.S. election were determined by mail-in ballots, and it took days for the results to be tallied, which all happened to be in the key states Joe Biden needed to win. Trumpet editor in chief Gerald Flurry wrote in the January 2021 Trumpet magazine:

Mail-in ballots open the door for terrible fraud. Did you know that among the 27 countries in the European Union, 17 ban mail-in voting except in very rare cases? They know how susceptible such ballots are to fraud. Yet Democrats have used the coronavirus pandemic as a pretext to encourage as much mail-in voting as possible—and even to extend deadlines past Election Day. I truly believe they did that to enable themselves to steal this election—and I say that without apology! They have a long history of using voter fraud to sway elections.

Since Mr. Flurry wrote that, massive fraud has been exposed, and more forensic audits are being done across the U.S. This fraud brought in a radical-left leader who is rapidly changing America. The Canadian election could yield the same results.

Prime Minister Trudeau has created the most invasive and dictatorial federal government since World War ii. John Ibbitson wrote at the Globe and Mail: “Mr. Trudeau has already reshaped the federal government into what he believes it should be: bigger, bolder, more controlling.” Trudeau wants a majority government to continue this transformation. His first campaign ad proclaimed: “Let’s think even bigger, Canada. Let’s be relentless.” Trudeau wants to finish the job.

This election could be a tipping point for Canada’s future. If the U.S. election is any indication of the corruption from mail-in ballots, we could see similar fraud in Canada. Mr. Flurry wrote in 2018: “We are getting a hard look at just what the radical left is willing to do in order to seize power and stay in power.” Stay tuned to the Trumpet for more analysis on the Canadian election.

Please read America Under Attack to see how this fraud connects to Bible prophecy.