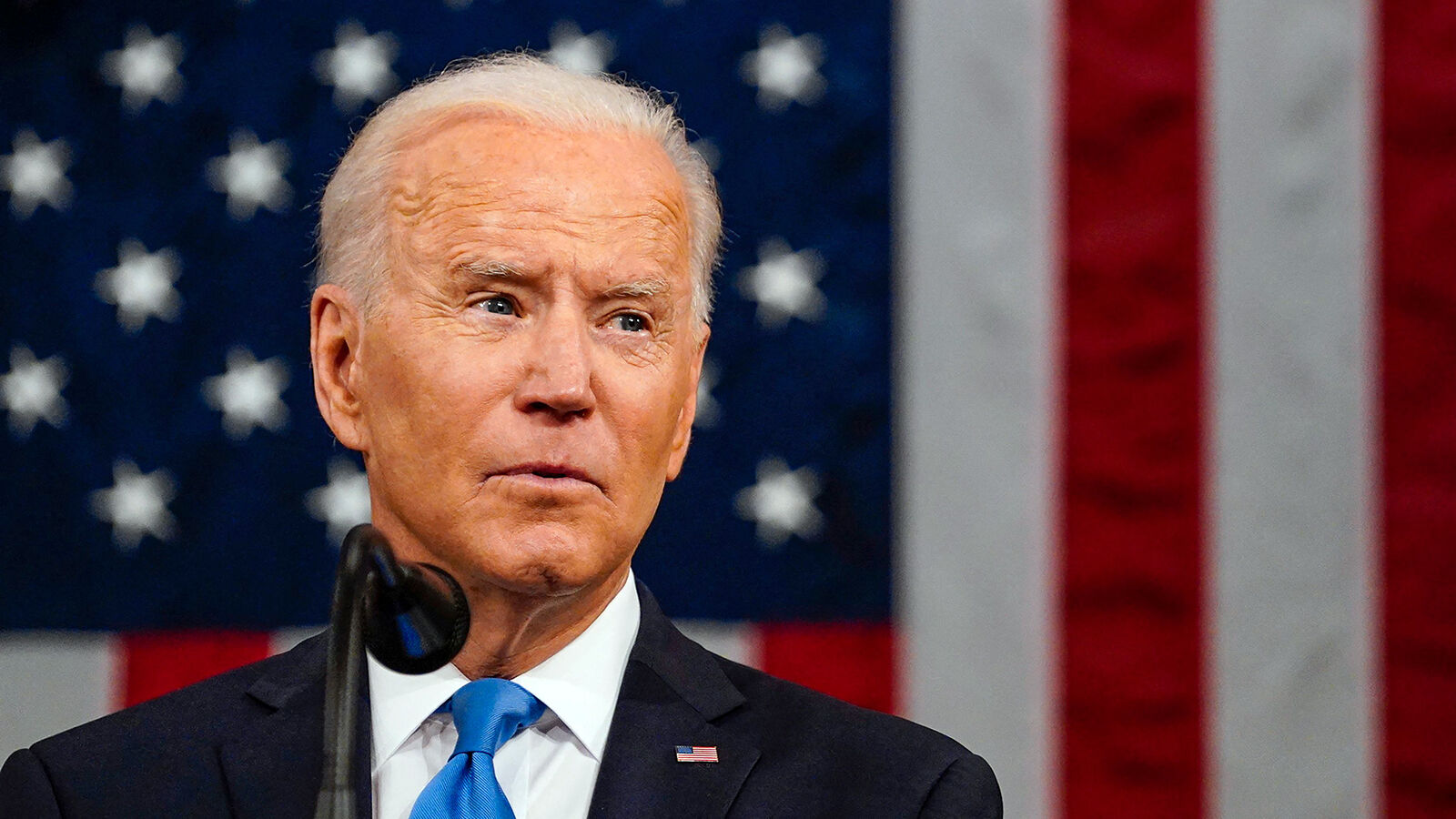 Joe Biden addresses a joint session of Congress at the U.S. Capitol in Washington, D.C., on April 28.
MELINA MARA/POOL/AFP via Getty Images

Despite United States President Joe Biden’s reassurances that rising prices are a transitory effect of reopening the economy after covid-19 lockdowns, more and more people are growing concerned about inflation. On July 13, the Bureau of Labor Statistics reported that the consumer price index had risen 5.4 percent over the past 12 months, the most significant jump since the Great Recession. And according to John Williams of shadowstats.com, if inflation were still calculated the way it was back in 1980, the official inflation rate over the past 12 months would be well into the double digits (about 13 percent).

“If we make prudent, multiyear investments in better roads, bridges, transit systems and high-speed Internet, a modern, resilient electric grid, here’s what will happen: It breaks up the bottlenecks in our economy,” he said. “These steps will enhance our productivity, raising wages without raising prices. That won’t increase inflation; it’ll take the pressure off of inflation.”

This strange comment reveals that Biden does not know much about economics. His economic plan includes more than $500 billion in new infrastructure spending and a $3.5 trillion spending plan to expand the government-funded safety net. This plan is not going to be paid for with taxpayer dollars primarily. Instead, it is going to be paid for with $3 trillion in deficit spending. Elementary-level mathematics teaches that deficit spending creates inflation by diluting the money supply. Suggesting that America can spend its way out of an inflation crisis goes against the most basic mathematics concepts.

John Catsimatidis, the billionaire owner of supermarket chain Gristedes, understands these facts and expects an annualized inflation rate of 6 percent by October. He is also predicting that grocery stores will have no choice but to pass on costs to their customers and make food more expensive.

Since February, Summers has infuriated his fellow Democrats by saying that Biden’s big-spending plan would create an inflation spike. In an interview with the Financial Times in May, Summers noted that the Biden administration is pursuing “the least responsible fiscal macroeconomic policy we’ve had for the last 40 years. … We’re seeing an episode that I think differs both quantitatively and qualitatively from anything since Paul Volcker’s days at the Fed, and it stands to reason that would lead to significant changes in expectations.”

In other words, the anti-inflationary credibility the Federal Reserve has worked hard to establish after it ruined its reputation during the Carter administration is being destroyed. Summers predicts that there is a 1 in 3 chance that the kind of high inflation that the U.S. suffered during the Carter administration will return. He also expects a 1 in 3 chance that the Federal Reserve will have to quickly hike interest rates in response to inflation, stifling price increases, and plunging the economy into a recession.

Senate Minority Leader Mitch McConnell thanked Summers for standing against his party and warning about the dangers of hyperinflation. But the Biden administration does not appear to be changing course.

The Congressional Budget Office predicts trillion-dollar-deficits as far as the eye can see. The dollar’s value will continue to erode until nations abandon it as the world reserve currency. Once foreign governments stop lending it money, the U.S. will be forced to rely solely on money printing to finance its deficit spending, or it will be forced to slash discretionary programs, like defense spending, drastically. The first option would lead to hyperinflation. The second option would leave the nation unable to defend itself from foreign attacks.

Forty years ago, the late Herbert W. Armstrong wrote “What’s Happening to the U.S. Standard of Living—and Why?” This article addressed many of the economic problems America was suffering during the 1970s. Few people heeded his warning at the time, and most people forgot about it once the Reagan administration stabilized the economy. Yet this article addressed the root causes behind America’s economic decline. Mr. Armstrong explained that God blessed America with the highest per capita income on the planet because of a promise He made to Abraham, and he warned that God would take away America’s blessing if it rebelled against Him.

“What have we done with these multitudes of national and individual blessings which actually were the gift of the living God?” he asked. “God did not promise to continue the blessings if we rebelled. We have been rebellious and unwilling to yield to our God and His ways which would have guaranteed lasting peace and prosperity. We have become arrogant and selfish. We have polluted the fertile lands the living God gave us. We have polluted the air, the rivers, lakes, and oceans. We have polluted our own minds and those of our children—teaching the anti-God fable of evolution. We have given public acceptance to the misnamed ‘new morality,’ which is gross immorality! We have given public acceptance to homosexuality, premarital sex and perversion. We have polluted the sacred institution of marriage, and through a constantly increasing divorce rate, we have started on a course of destroying the home and family relationship—the foundation of any stable society. We have filled our lands with crime—with corruption in high places—with violence.”

Most of these sins Mr. Armstrong listed are much more prevalent in America today than they were 45 years ago.