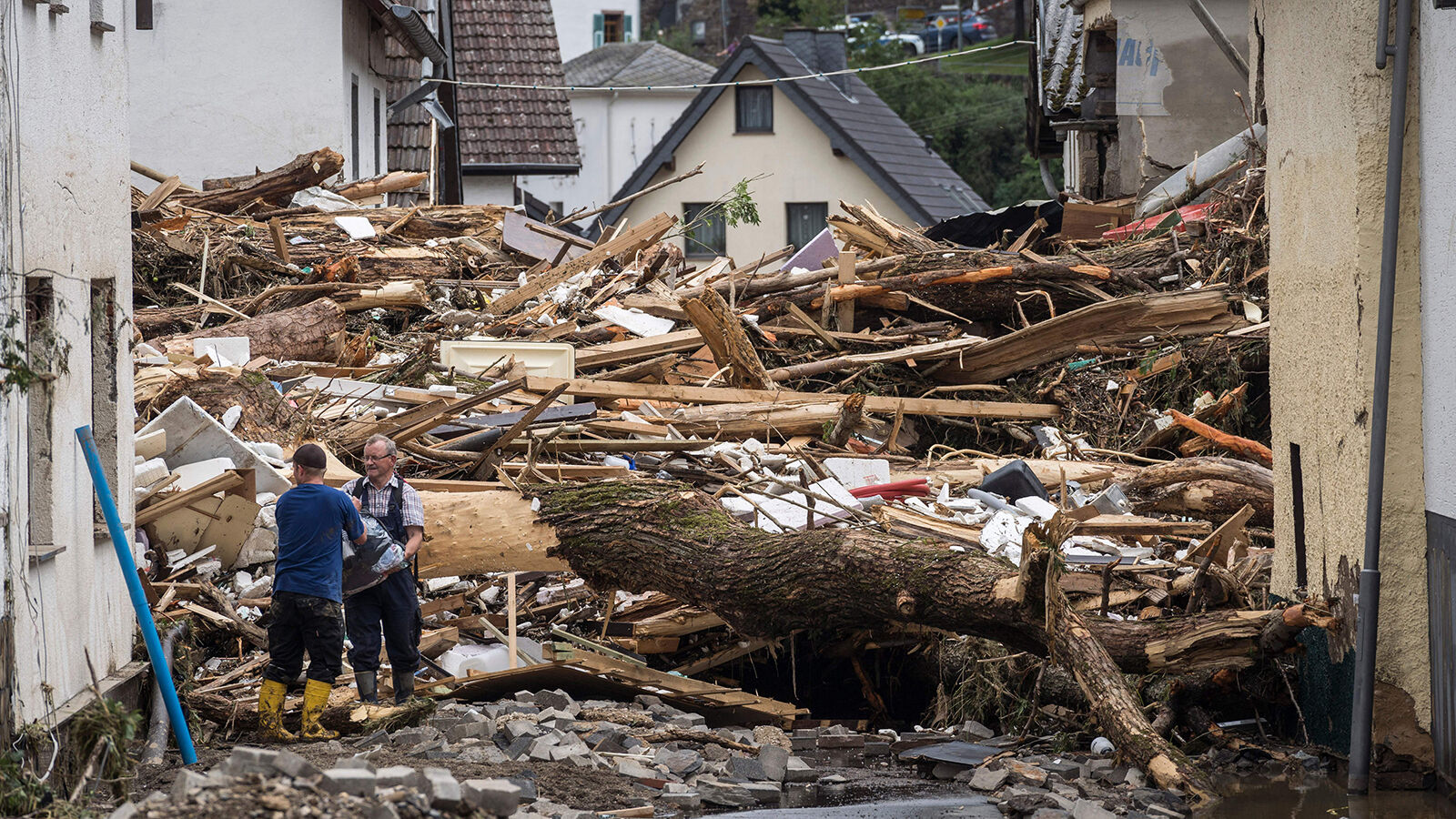 The recent floods remind us of the fate of ancient Nineveh.

German Defense Minister Annegret Kramp-Karrenbauer declared a military disaster alert on July 16, as Central Europe was hit by devastating floods. Rivers of water rushed through major cities, people were evacuated, houses were destroyed, and emergency workers were brought to their limits, with some giving their lives. So far, over 150 people have been confirmed dead and about 1,300 missing.

The flooding has been particularly devastating in Germany’s North-Rhine Westphalia, the home state of chancellor candidate Armin Laschet. Weather experts said the storm clouds over North-Rhine Westphalia were “like a black blanket.” The state has at least 46 dead. The Bundeswehr used tanks to clear debris from the streets.

While the destruction continues to be assessed, the Green party is looking to use the weather disaster for its election campaign. Such environmentalists claim the world’s environment was in perfect balance until man offset the balance by using carbon dioxide. Yet the cause of devastating weather is not carbon dioxide emissions. Mankind fails to consider what the Creator of this perfect environment has to say.

History is full of examples of unusual destructive weather. While mankind has certainly done more to pollute the environment in recent years, weather disasters are not man-made. In fact, there are many biblical examples of how God punishes through weather. The most vivid and destructive was the Flood in Noah’s day. But also consider the plagues that struck Egypt, the drought in the Prophet Elijah’s time, and the fire that consumed Sodom and Gomorrah. To understand how God uses weather disasters, read Why ‘Natural’ Disasters? This free booklet explains some of the fallacies man has used to explain weather disasters.

God has used extreme forms of weather to punish and teach nations. If we look to the Bible as the authority, then God’s instruction is plain. Those who do not put their trust in the Bible will have to learn this lesson the hard way. God seeks to teach man through the weather, but if rebellion continues, He will use harsher punishment.

A prophecy in the book of Nahum highlights this fact: “The Lord is slow to anger, and great in power, and will not at all acquit the wicked: the Lord hath his way in the whirlwind and in the storm, and the clouds are the dust of his feet. … The Lord is good, a strong hold in the day of trouble; and he knoweth them that trust in him. But with an overrunning flood he will make an utter end of the place thereof, and darkness shall pursue his enemies” (Nahum 1:3, 7-8). The book of Nahum is an end-time prophecy for the modern descendants of Assyria—Germany.

Barnes’ Notes on the Bible states the following about this prophecy directed at Nineveh: “Nineveh itself was overthrown through the swelling of the rivers which flowed around it and seemed to be its defense (see the note at Nahum 2:6). Then also, the flood is the tide of the armies, gathered from all quarters, Babylonians, Medes, Persians, Arabians, Bactrians, which like a flood should sweep over Nineveh and leave nothing standing. It is also the flood of the wrath of God, in whose hands they were and who, by them, should ‘make a full end of it,’ literally, ‘make the place thereof a thing consumed,’ a thing which has ceased to be.”

Germany has a history of warmongering and is prophesied to start yet another war. Following this war, the Bible reveals God will use the floods of an Asian army to correct and punish Germany. What happened to ancient Nineveh is but a type of what is about to happen to modern Germany. But right now God is warning Germany.

This warning and the underlining prophecies are explained in detail in Trumpet editor in chief Gerald Flurry’s booklet Nahum—An End-Time Prophecy for Germany. Mr. Flurry writes:

God inflicts the wicked with hurricanes and tornadoes. He sends storms, which bring flooding and destruction. “He rebuketh the sea, and maketh it dry, and drieth up all the rivers: Bashan languisheth, and Carmel, and the flower of Lebanon languisheth” (verse 4). Bashan was one of the most fertile areas with rich pastures, located east of Jordan. Carmel had gardens, vineyards and lush wooded areas. Lebanon was filled with giant cedar and cypress forests. God dried up the rivers and sent a drought that withered all these regions! God will devastate Germany the same way.

God wants this world to learn that He controls nature. Many natural disasters are anything but natural. Soon, arrogant men will learn this lesson very deeply. “The mountains quake at him, and the hills melt, and the earth is burned at his presence, yea, the world, and all that dwell therein” (verse 5). Mountains quake, hills melt and the earth is burned by God. God will shake the pillars of the Earth in Germany. Then He will send an army that acts like a ravenous, raging bear.

This whole world will soon learn about the terrifying wrath of God! “Who can stand before his indignation? and who can abide in the fierceness of his anger? his fury is poured out like fire, and the rocks are thrown down by him” (verse 6). Nobody can stand before such fierce anger and indignation! The Hebrew expression for before is “in the face of.” Even the rocks crumble before God’s fury and fire!

This booklet explains the imminent future that is ahead of Germany and contains a strong warning but also the greatest hope that mankind can know. Request your free copy to learn more.