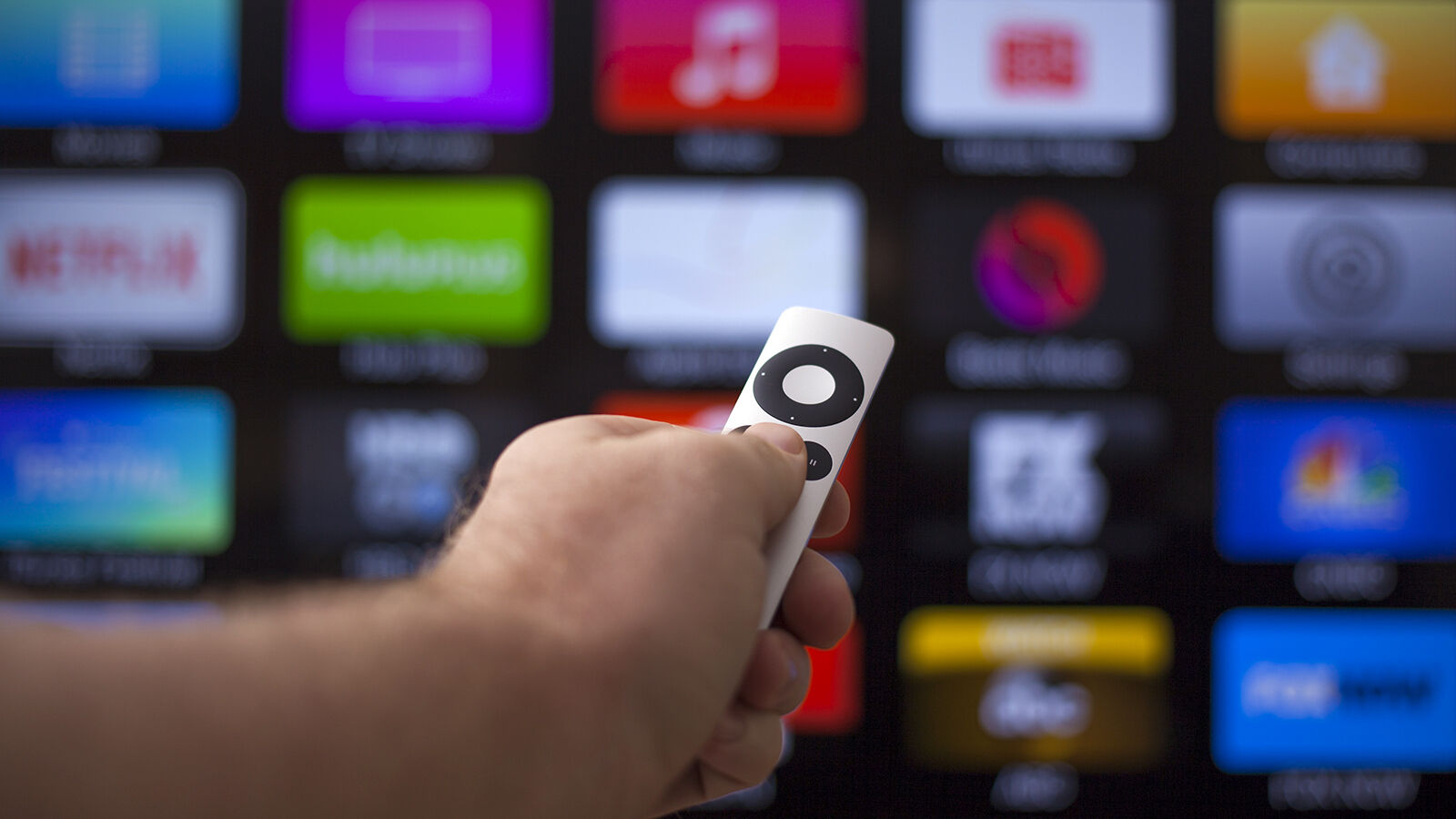 No matter the streaming service, Amazon has some control.

We are all used to Amazon delivering packages to our doors and mailboxes. But did you know that Amazon also delivers virtually every filmed video in the United States to your screen?

According to an article at the American Prospect, Amazon Web Services (aws) provides service to 32 percent of the Internet. However, the dominance of aws expands further when examining digital video delivery in the United States. American Prospect wrote:

aws is the back-end provider for Netflix, Disney+, Hulu, Paramount+, Peacock, hbo Max, Discovery+, and of course, Amazon Prime. As of February of this year, that list includes the top six streaming services in the U.S. by subscribers; Discovery+, which is not on that list, is merging with hbo Max, and Paramount+ didn’t launch until March. Just from those top six, 558.8 million U.S. subscribers rely on aws to get their streaming video. (Yes, this is more people than live in the United States; that’s because, as you doubtless know, many people subscribe to more than one streaming service.)

Not only is movie distribution relying on Amazon Web Services for distribution and digital infrastructure, but over 1,600 television channels utilize aws. That includes fox, Viacomcbs and the Discovery families of networks. American Prospect wrote:

If you are watching a filmed piece of entertainment on any screen—at a theater, at home or on your phone through a digital direct-to-customer stream, on a television network, or on a streaming service, the odds are extremely likely that you’re making use of aws.

No matter which service you choose to use, Amazon has some amount of control in having it delivered to your screen: They have a phantom monopoly on the filmed media industry in the United States.

This phantom monopoly should concern us all because Amazon has a track record of censoring content that does not align with its political agenda. Amazon has barely flexed its censorship muscles but has already shown what power it holds.

The most significant censorship by Amazon was the removal of Parler from its servers, giving the social media company only 24 hours’ notice on January 10. This was in conjunction with Apple and Google banning Parler from their app stores. Amazon claims Parler violated the service agreement by allowing violent content to be shared on its platform. The Amazon e-mail stated that it “cannot provide services to a customer that is unable to effectively identify and remove content that encourages or incites violence against others.”

After the January 6 protests, Parler did not ban content about election fraud, President Donald Trump or any other opinion. Other Big Tech companies banned President Trump and have since censored any content about election fraud, covid-19 vaccine effectiveness, and the integrity of the 2020 presidential election. These opinions do not align with those of these tech giants.

While these Big Tech companies have blocked individuals or certain content, Amazon has the power to completely blot out websites at a whim. Thirty-two percent of the Internet is run on Amazon Web Services. That is a lot of power for a company that may decide your opinions “encourage or incite violence” or violate any of its vague service agreement clauses.

Another instance occurred when Amazon removed the documentary Created Equal on Justice Clarence Thomas on February 8, from its streaming service with no warning or notice. According to the Wall Street Journal:

[Director Michael] Pack said that Created Equal was doing well on Amazon, so it wasn’t pulled because no one wanted to see it. “For a while our film was, briefly, No. 1 in documentaries. And I think it’s still No. 25 or 30, so it’s been selling,” he said. Notably, he added, less-popular documentaries about Anita Hill and Justice Ruth Bader Ginsburg continue to be available for streaming on Amazon. “So why don’t they offer Created Equal? There’s obviously customer demand.”

Amazon has not given an explanation on why it suddenly decided to remove a documentary on a conservative minded Supreme Court justice (contractually it is not required to provide an explanation). But this is not the first time Amazon has removed content, as wsj explained:

If this episode sounds familiar, it’s because Amazon pulled a similar stunt last fall. Eli Steele’s What Killed Michael Brown?—a critique of liberal social policies that was written and narrated by his father, the race scholar Shelby Steele—was slated to stream on Amazon in October, then held up for reasons the company never fully explained. Amazon eventually relented and made the film available, but only after these pages weighed in and made a fuss.

The documentary was picked up by the Daily Wire and is available to view on its website. This is an example of Amazon censoring content it directly controls. But as seen through the Parler example, it can remove the support servers for any of the businesses that use aws.

While most of these streaming corporations lean left and allow unspeakably immoral content on their platform for millions of Americans to consume, it is doubtful any would allow their company to be destroyed for the sake of free speech. Amazon has enough leverage over the industry to cause universal censorship.

This behavior has been manifest in another Amazon business line.

To Be, Unless Amazon Says Not to Be

In addition to its dominance in the film industry, Amazon also controls 83 percent of the book market. So what happens if the book you are selling does not align with Amazon’s opinions?

In early 2021, Amazon banned the book When Harry Became Sally, by conservative Ryan T. Anderson, which provides a different view on the transgender movement. The book was first released in 2018 and was one of the bestsellers on Amazon. The official Amazon policy states:

We don’t sell certain content including content that we determine is hate speech, promotes the abuse or sexual exploitation of children, contains pornography, glorifies rape or pedophilia, advocates terrorism, or other material we deem inappropriate or offensive.

Amazon sold the book in 2018, 2019 and 2020, but decided in 2021 that it is in violation of these guidelines. Three Republican senators wrote to Amazon asking for an explanation on the decision. Amazon responded by saying it has “chosen not to sell books that frame lgbtq+ identity as a mental illness.”

In addition to the books that challenge the radical-leftist view of transgenderism, Amazon also temporarily banned criticism of the reaction to covid-19, as nbc News writes:

Last year, Amazon blocked the selling of a self-published e-book that claimed the harms of the coronavirus were overstated, but reversed its decision after Elon Musk tweeted that the company’s decision was “insane.”

Amazon has been so inconsistent and vague that its unpredictability only allows censorship to be easier in the future.

Would Amazon ever leverage its dominance in the film and book industry to censor opposing opinions?

Amazon’s new ceo is left-leaning Andy Jassy, who was leading Amazon Web Services when it deplatformed Parler—he’s now over the entire company. Amazon has censored before, and it likely will again.

The war over censorship is moving toward a climactic battle.

After the January 6 protests, Big Tech acted in a concerted manner to censor any news or opinions that claimed the riot was not a terrorist attack or insurrection. Michelle Obama wrote a letter to Big Tech ceos to censor Donald Trump and conservatives—and they did her bidding. However, since the Biden administration has taken power, it has escalated to state-sponsored censorship.

The Wall Street Journal ran an article on February 23 that quotes a letter from two Democrat representatives addressed to Amazon, Apple, Google and cable companies. It reported:

[T]he letter is a demand for more ideological censorship. “Our country’s public discourse is plagued by misinformation, disinformation, conspiracy theories and lies,” write Reps. Anna Eshoo and Jerry McNerney. They quote a claim that right-wing media is “much more susceptible,” and demand to know why Amazon’s Fire tv carries certain conservative programs.

Since when have lawmakers asked private companies to censor their political opponents?

Is Big Tech virtually another branch of the U.S. government? President Donald Trump is suing Facebook, Twitter and Google for censorship, claiming that the companies are acting as government agents, working hand-in-glove with the radical left. The battle over Big Tech censorship and free speech is ramping up.

Where is all of this leading? What does Bible prophecy say about this censorship?

Famine of the Word

Trumpet editor in chief Gerald Flurry explains in his booklet The Lion Has Roared that Amos 8:11 prophesies of a famine of the Word of God: “Behold, the days come, saith the Lord God, that I will send a famine in the land, not a famine of bread, nor a thirst for water, but of hearing the words of the Lord.” Mr. Flurry writes:

Soon, people will not be able to find any of these booklets. They won’t be able to find any spiritual food! People will be crying out for someone to “drop” God’s word—His revealed prophecies. But then it will be too late physically. God’s very elect will be in a place of safety. Those who paid attention are going to realize what they didn’t do and what they should have done. God’s word will cease being preached (except by the two witnesses). All of God’s people will then know which church Christ was leading.

There will come a time in the future when the Trumpet will be unavailable. The message coming from God’s work will disappear, like food disappearing in a famine. Amos also says that the “land is not able to bear all his words” (Amos 7:10). People in America will not be able to bear the message of warning and will seek to censor that message.

Besides the other tech giants, it is not hard to imagine how a company like Amazon, which has such a dominant influence on the Internet, film industry and online bookselling, could cause a famine of God’s Word.

However, as Mr. Flurry explains, that time is not here yet. God does deliver America from bitter affliction for a short period of time (2 Kings 14:26-27). What does this mean for you? Please read Mr. Gerald Flurry’s booklets Great Again and The Lion Has Roared to learn where Big Tech censorship is leading.