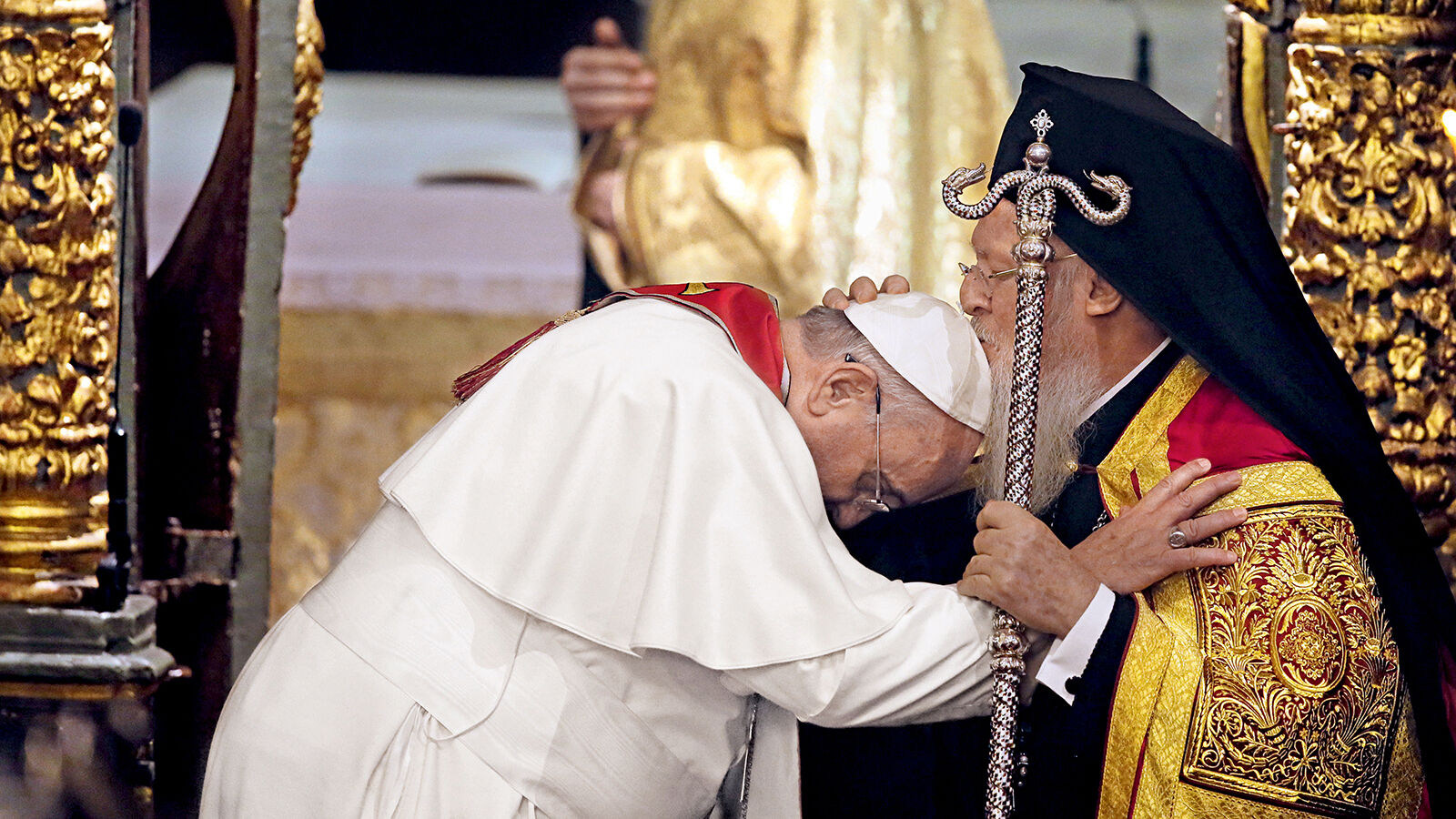 To increase the churches’ power, the pope could be accepted as first among equals.

The title “first among equals” is often given to the ecumenical patriarch of Constantinople. But the orthodoxy has also agreed to allow the pope to fulfill such a leading role; though there is much debate on what that should mean. Larentzakis believes that the orthodoxy is ready to take the next step and allow the pope to lead the churches to renewed unity.

In 1969, Larentzakis became the first non-Catholic theologian to receive a doctorate in Catholic theology from a Catholic faculty in Austria. Larentzakis is a strong proponent of unity between churches, ecumenism. Through life experience and his many contacts, he knows the sentiments on both sides well.

In his opinion, Orthodox churches will eventually acknowledge some papal authority. He noted: “Thus, after consensual consultations and agreements, he [the pope] would have the right of initiative, the right of convocation, the right of presidency, the right of coordination for a common ecumenical council – or whatever must be agreed upon together for the universal church of Christ and for the salvation of all people.” In other words, the pope would have the right to initiate an ecumenical council, call the convocation, reside over it, and coordinate it. This means the pope would be the final authority in the process of reuniting the churches.

Vatican News wrote: “Larentzakis is convinced that the revival of ecclesial communion is not only necessary, but also possible. In his opinion, such a perspective would be possible not only between Catholic and Orthodox, but also with other churches.”

Once the orthodoxy fully submits to the pope, other churches are likely to follow, as the power and appeal of the Vatican increases.

This is a message the Vatican likes to hear, especially when it comes from someone of a different church. Over the last few decades, Catholic leaders have exerted great efforts toward unity. Meetings have been held between Ecumenical Patriarch of Constantinople Bartholomew and popes John Paul ii, Benedict xvi and, most recently, Francis.

“When you look at the human closeness in these encounters and see the agreement on issues of environmental protection, peace or advocacy for refugees, we know that our churches are serious about reviving full ecclesial communion and that we are indeed on the way,” Larentzakis noted.

In the past, there has often been a general consensus about basic beliefs and even doctrinal matters, but it was never enough for the diverse groups to submit to the pope. But recent crises in the Orthodox Church are increasing the willingness of church leaders to submit to the authority of the pope.

Last December, the Russian Orthodox Church cut ties with the patriarch of Alexandria. This schism followed the Russian church’s decision to cut ties with the archbishop of Athens and the ecumenical patriarch of Constantinople. In January, Trumpet writer Andrew Miiller noted that this “breakup of the Orthodox Church presents an opportunity for Rome.”

The late Plain Truth editor in chief Herbert W. Armstrong predicted such a turn of events. The November 1963 issue of the Plain Truth stated: “The mighty problem of achieving [Catholic] unity is twofold. First, it involves reconciliation of the Orthodox Schism that officially commenced in 1054 and divided the churches in the East—Greece, Russia, the Balkans and the Near East—from Rome. Second, it involves the restoration to the Roman Communion all Protestantism, which developed from 1517 onward.”

Mr. Armstrong based this on a prophecy in Isaiah 47. This chapter depicts a woman, the daughter of Babylon, holding much power. In the Bible, a women is often a symbol for a church. This “daughter of Babylon” gets its customs from ancient Babylon and refers to the Roman Catholic Church today. The Isaiah 47 prophecy is explained in detail in Trumpet executive editor Stephen Flurry’s article “Returning to the Fold”. When this prophecy is fulfilled, the Catholic Church will boast that she will not know “the loss of children.” This means that the Catholic Church will regain authority over its splinter groups.

The stage is being set for this prophecy to be fulfilled. For more information, read “Is Reunification of Catholic and Orthodox Churches Imminent?” Also be sure to read “Returning to the Fold” to understand where these prophecies are leading.