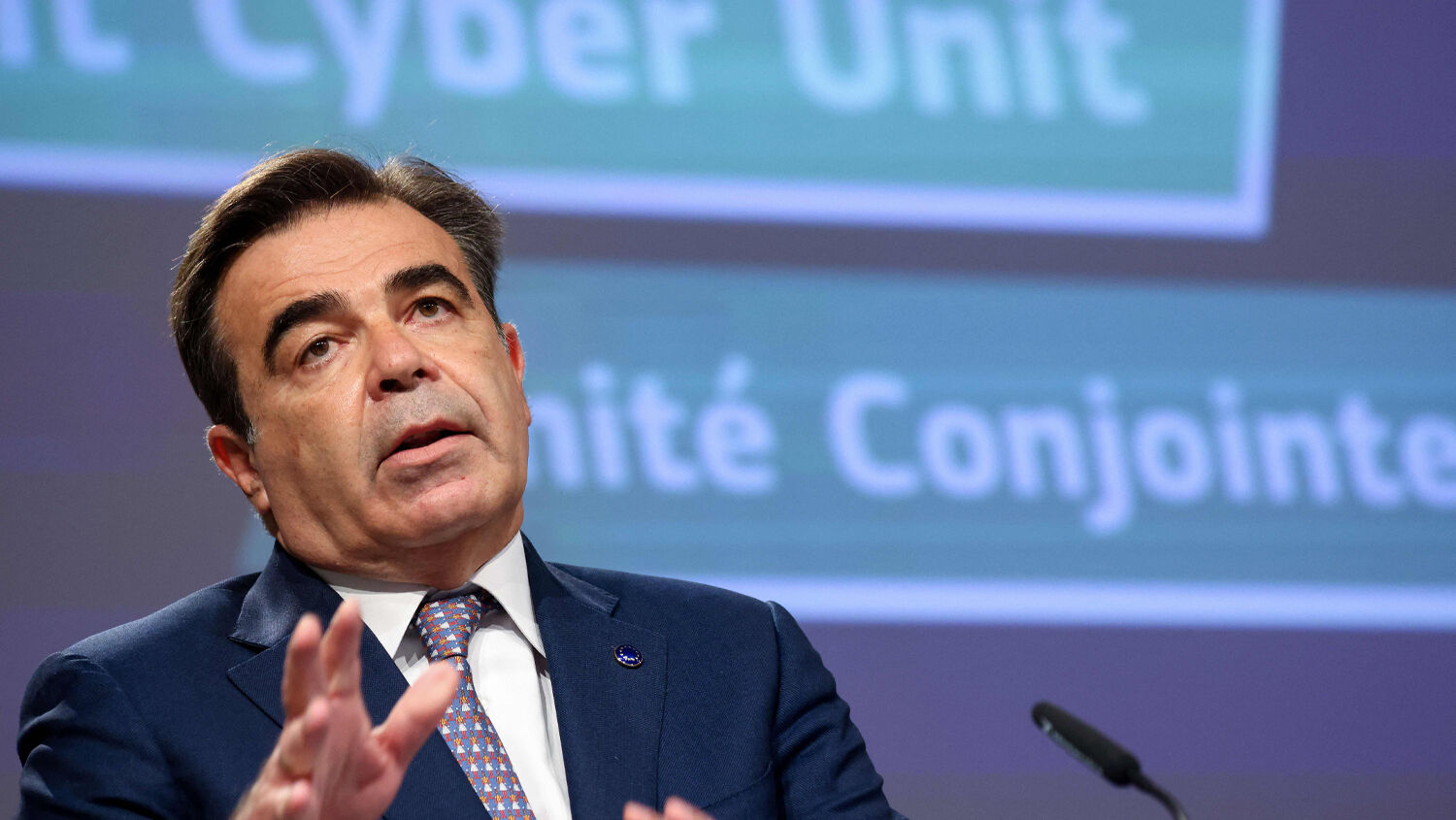 The world is preparing for cyberwarfare. The question is, who will strike first?

The European Commission adopted a plan on June 23 to create a new Joint Cyber Unit.

In our modern world, cybersecurity is essential for the prosperity of a nation. But it will also play a crucial role in warfare. Currently each European Union member state uses its own resources to fend off attacks. In the future, the EU hopes to take on this responsibility. Such advances need to be closely watched: Cyber defense is the first step for a successful offensive.

The EU claims that its recent efforts to form a cyber unit are in response to the increased threat the Continent is facing. A recent example shows the urgency of the matter.

Last week, Germany faced its first cyber disaster emergency. The computer systems of Germany’s Anhalt-Bitterfeld district in Saxony-Anhalt were hacked on July 6. “We are practically completely paralyzed,” an administration spokesman of the district reported on July 10. The district’s ability to pay out social benefits and other tasks continues to be hindered. The district has around 157,000 inhabitants. It is estimated that it will take two weeks before the systems are running again.

The number and ferocity of cyberattacks have skyrocketed in the last year, with the most recent example being the full-scale attack in Belgium, which affected more than 200 organizations.

The number of significant malicious attacks against critical sectors has more than doubled in 2020 from 146 incidents in 2019 to 304 in 2020. More dramatic still is the rise in the number of phishing attacks, the frequency of which increased 667 percent during the first months of the pandemic, an enisa spokesperson told Euractiv.

The June 23 Joint Cyber Unit Recommendation report reads: “Cybersecurity is essential to the success of the digital transformation of the economy and society. The EU is committed to unprecedented levels of investment in ensuring people, businesses and public authorities have confidence in digital tools.”

As government and administrative tasks continue to digitalize, cybersecurity becomes an essential part of every operation. For this reason, EU High Representative Josep Borrell said: “The Joint Cyber Unit is a very important step for Europe to protect its governments, citizens and businesses from global cyberthreats. When it comes to cyberattacks, we are all vulnerable and that is why cooperation at all levels is crucial.”

A lack of cybersecurity risks many vulnerabilities. It can cost great sums of money and cause unnecessary delays. In the worst case, a lack of security in the digital world can cost lives.

In the nations’ militaries, cyber cooperation has already begun through the forming of the legal framework introduced by the Treaty of Lisbon. Various projects in the Permanent Structured Cooperation (pesco) enable information sharing, training and operational support. “Representatives of relevant pesco projects should support the Joint Cyber Unit notably in relation to situational awareness and preparedness,” the Recommendation reads.

But the plan faces the usual hurdles. Politico noted: “The Commission first promised to set up a Joint Cyber Unit in 2019 to stop the cyberattacks that have compromised EU institutions, agencies, national ministries and departments, and leading European companies and organizations. But the plan took many months to finalize because the EU doesn’t have competence over national security and EU countries have been hesitant to give away control.”

History proves that it often takes a major crisis for Europe to unite. The recent threats have propelled the plan forward.

In order to guard against cyber threats, one has to develop offensive cyber capabilities. Rather than dealing with the consequences of an attack, offensive cyber skills prevent attacks from happening.

So far we haven’t seen all-out cyberwarfare. But some of the same principles that we know from conventional warfare apply. One of these principles is that attackers always have to fear retaliation. Some may currently look at the EU and believe Europe is simply getting ready to retaliate. Indeed, we are led to believe so. But history proves otherwise.

Many years ago, Trumpet editor in chief Gerald Flurry warned that the EU is developing into a German-led empire that will strike first. Specifically, he warned that cyberwar would be a dominant feature of Europe’s coming warfare. A prophecy in Ezekiel informed Mr. Flurry’s forecast: “They have blown the trumpet, even to make all ready; but none goeth to the battle: for my wrath is upon all the multitude thereof” (Ezekiel 7:14).

“It seems everybody is expecting our people to go into battle,” Mr. Flurry wrote in May 2005, “but the greatest tragedy imaginable occurs! Nobody goes to battle—even though the trumpet is blown! Will it be because of computer terrorism?” In recent months, America’s cyber vulnerability has been exposed. The Bible reveals that a trusted nation will target this vulnerability in a surprise attack.

Successful cyberattacks in recent months are only a taste of what is certain to come in the future. All-out cyberwar could cripple the United States, or any other major country.

Imagine the potential fallout. The power goes out. Food production halts. Gas stations run empty. So do supermarkets. Practically overnight, it would bring the nation to its knees.

The world is preparing for cyberwar. The question is, who will strike first? The Bible reveals the clear answer for those willing to listen. For more information about America’s weakness and Germany’s advancements in cyberwar, read Gerald Flurry’s article “America’s Achilles’ Heel—and Germany” and request a free copy of his book Ezekiel—The End-Time Prophet.