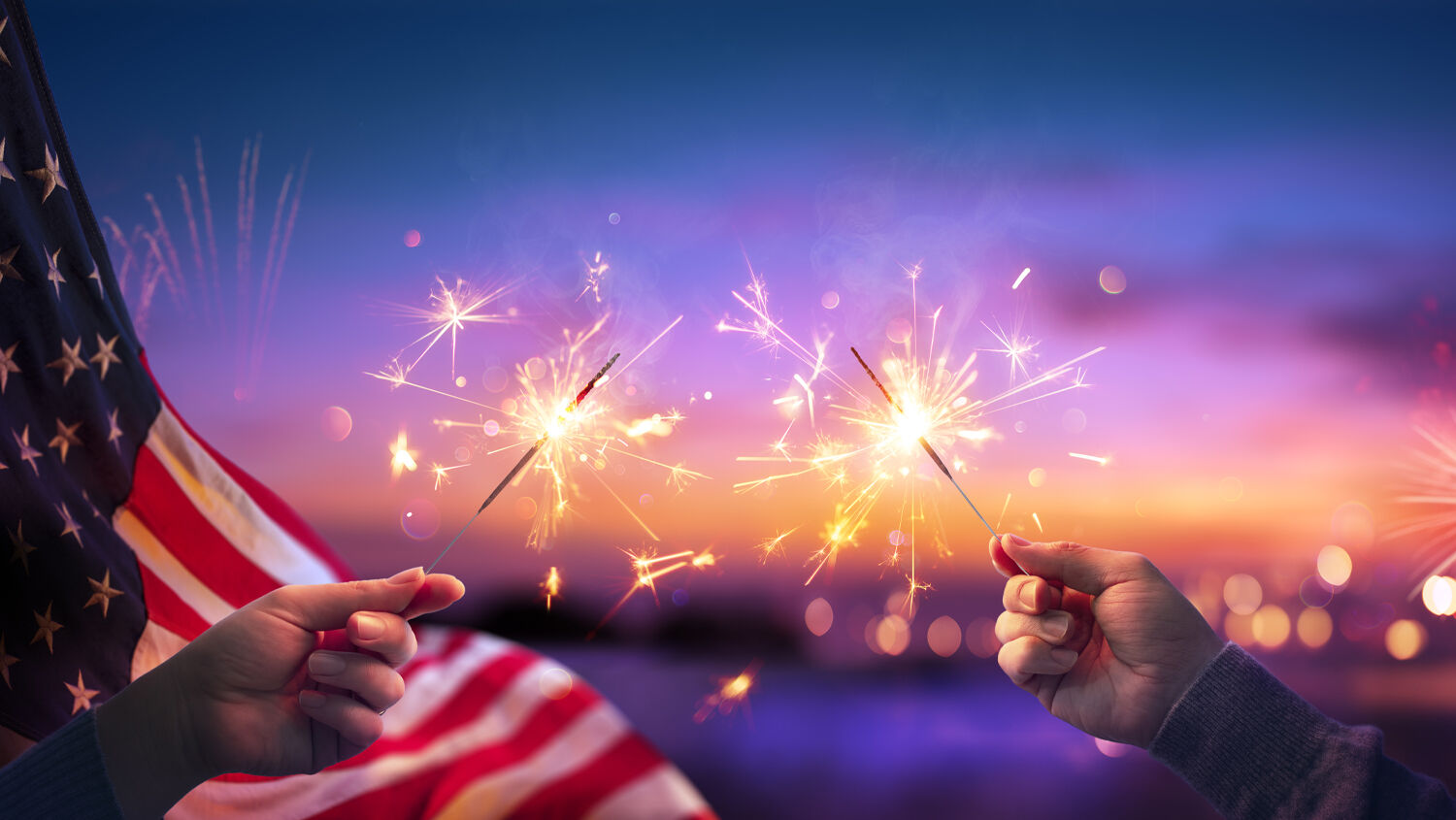 Independence Day is normally a time of celebration for all Americans. But these aren’t normal times. Every year, the Fourth of July seems to become more and more controversial every year. Here is some of this year’s coverage:

Why is Independence Day such a contentious issue?

With the death of George Floyd last year and the subsequent Black Lives Matter (blm) protests, many are reflecting on America’s heritage and what it means. Many now see American history through the lens of racial oppression. They see America, from its birth to now, as based on racism and inequality. Racial reconciliation requires America to disassociate from its heritage. This viewpoint is commonly known as “critical race theory.”

The day America became a nation is, therefore, a huge target.

Last July, when the blm riots were in full swing, cnn reported:

Racial justice protests around the nation make this Fourth of July perhaps the most important in American history. Independence Day 2020 is imbued with new meaning about what it means to be an American, rooted in a collective effort to squarely confront the bitter and beautiful struggles that shape our profoundly historic present.

The Black Lives Matter protests in the wake of George Floyd’s death have finally given millions of Americans renewed language to discuss the messy reality of a nation that remains in the grips of structural racism, white supremacy and a racial caste system that continues to ensure that black babies, from birth to death, lead a life of greater risk and less prosperity than white ones.

In 2017, riots broke out between far-right and far-left agitators in Charlottesville, Virginia, over the removal of a statue of Confederate Gen. Robert E. Lee. United States President Donald Trump didn’t support the statue’s removal, saying it would lead to attacks on historical figures like George Washington and Thomas Jefferson.

Many in the mainstream media ridiculed the president for his statement. The Washington Post published an article on Aug. 16, 2017, after interviewing several historians. Jim Grossman, executive director of the American Historical Association, told the Washington Post that comparing the Founding Fathers with Confederate generals was “absurd.”

“[The fathers] accomplished something very important,” he said. “Washington and Jefferson were central to the creation of a nation. … Lee and Stonewall were not being honored for those types of accomplishments. They were being honored for creating and defending the Confederacy.”

Douglas Blackmon, senior fellow at the University of Virginia, told the Washington Post that “it’s the difference between a monument to the founder of our nation [Washington], and a monument to a key figure in an effort to break apart the nation [Lee]. The most kind explanation of that can only be ignorance, and I don’t say that to insult the president. … It would be impossible to remember them if an association with slavery is the only criteria.”

Denver Brunsman, a history professor at George Washington University, said: “In terms of race and slavery, in Washington’s case, he set up a framework that, while not perfect, is dedicated to universal liberty. He set up the prospect of future equality. … He freed [his] slaves, provided for their education, which is what we would call job training. … [T]hat vision is quite different from the vision of the Confederacy, which was founded on the premise of slavery forevermore.” Jefferson’s relationship with slavery “doesn’t take away from the universal language of freedom that he provided us in the Declaration of Independence,” he said.

These three historians were quoted in the 2017 Washington Post article. Fast-forward three years and notice some excerpts from the Post’s July 2020 article “It Is Time to Reconsider the Global Legacy of July 4, 1776”:

The American Revolution inspired freedom movements in other parts the world. But it also contributed to the worldwide spread of white supremacy.

Both the American and the British Empires post-1776 were structured by racial hierarchy, violence and a systemic devaluation of black and indigenous lives.

After America declared independence from Britain, both countries maintained powerful traditions of racism and violence that were distinct and interconnected.

President Trump was right. Those who criticized him for his 2017 statements proved his own points.

Some boycotting Independence Day are even criticizing modern celebratory customs to the point of pettiness. This July 4, National Geographic tweeted that Independence Day fireworks are racist. The tweet claims that “communities of color are disproportionately exposed to air pollution from firework celebrations.”

Scientists found that vulnerable people and communities of color are disproportionately exposed to air pollution from firework celebrations https://t.co/L0FQgthTAK

However, there’s a deeper reason for protests against the Fourth of July.

Longtime Trumpet readers are familiar with the work of Herbert W. Armstrong, editor in chief of our predecessor magazine, the Plain Truth. In his most popular book, The United States and Britain in Prophecy, he proved that America (as well as the British Commonwealth) descends from ancient Israel. America’s birth as a nation—on July 4, 1776—was a direct fulfillment of God’s promise to the patriarch Abraham. God promised Abraham, forefather of the Israelites, that He would make of him “a great nation.”

He wrote in The United States and Britain in Prophecy (emphasis added):

And so now, as God had started the whole world with one man, He started His own peculiar nation in the world from one single man—Abraham. As the world, which has strayed far from God and the blessings of God’s worship and rule, was started with one man who rebelled against God and rejected His rule, so God’s own flesh-born nation, from which is to be reborn the Kingdom of God, was started with one man who obeyed God without question, and accepted His divine rule.

God will supernaturally replace the kingdoms of this world with the Kingdom of God (Daniel 2:44; Revelation 11:15). He will intervene to stop man from destroying himself in this end time (Matthew 24:21-22). God will establish worldwide peace and utopia for everybody (Micah 4:1-4). The Kingdom of God is the gospel Jesus Christ proclaimed when He was on Earth (Mark 1:14-15).

And Mr. Armstrong said that the Kingdom of God will be reborn from Israel.

Which means, whether they realize it or not, they are attacking the Kingdom of God.

Except the Kingdom of God hasn’t been established yet; it will be established after the return of Jesus Christ (Revelation 11:15).

Attacking the Fourth of July isn’t just an attack on a nation that’s been around for over 200 years.

The Washington Post and National Geographic, of course, don’t consciously realize this. So why are they doing it? What is the cause?

“There is an unseen reason why troubles are intensifying as never before,” writes Trumpet editor in chief Gerald Flurry in his free booklet America Under Attack. “You cannot understand events without recognizing this truth.”

An event occurred in 1986 that marked a major turning point in history. It has radically altered everything that has happened since: culture, family, education, religion, science, finance, politics, international relations—everything we do.

Yet what is most remarkable is, almost no one even knows it happened.

It has affected the United States in a massive way. In fact, it marked a major escalation of a violent attack on America. It is an assault by an invisible force—a force that is very real and deadly dangerous.

Find out what this force is, and what it means for you, by ordering a free copy of America Under Attack. Also request a free copy of The United States and Britain in Prophecy to learn the remarkable origins of America and what the near future holds.