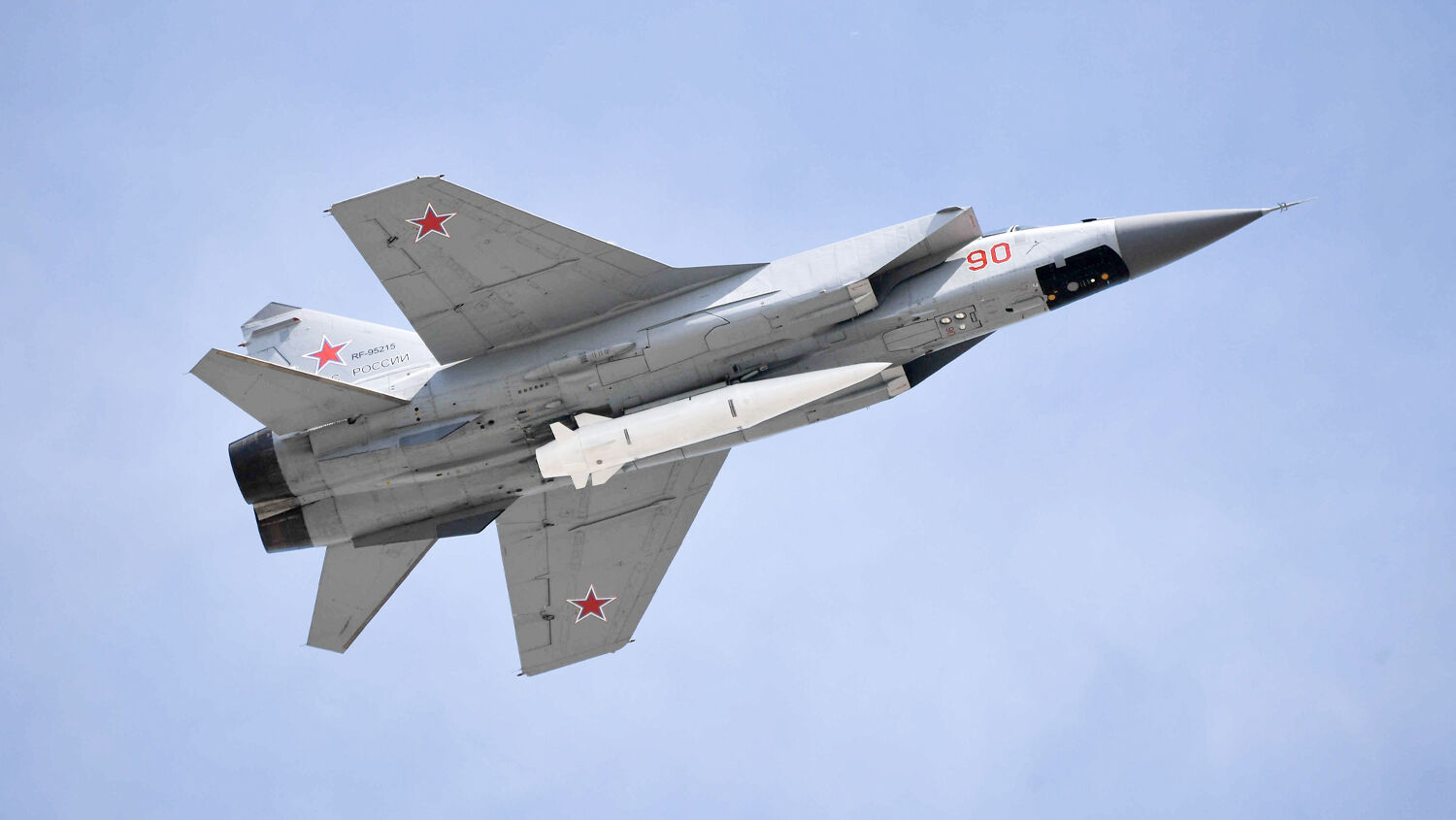 Rhetoric regarding Russia’s rising military power often stresses Moscow’s aim to challenge America, but the more important region to watch for a response is Europe.

The drills, conducted over the eastern Mediterranean during the last week of June, mark the first known time a nation has deployed interceptor jets capable of carrying the vaunted Kinzhal hypersonic missiles.

Lt. Gen. Sergei Kobylash, commander of long-range aviation at Russia’s Hmeymim air base in Syria, said the practice maneuvers were a success. “The pilots of the aircraft received practical skills to perform tasks in new geographical areas,” he said, adding that the pilots practiced targeting a “mock enemy” and completed the task with “high quality.”

As for the aircraft and other equipment, Kobylash said it “once again confirmed its high reliability.”

Hypersonic missiles, such as the Kinzhal, are believed to be capable of revolutionizing warfare because of their speeds and maneuverability. To qualify as hypersonic, a missile must be able to travel at five times the speed of sound, or around 3,840 miles per hour. Many are able to reach speeds 15 times that of sound.

The missiles are also maneuverable, meaning their trajectory can be rapidly changed midflight, even in the last few seconds before striking a target.

The combination of hypersonic speeds and intricate maneuverability means such missiles could evade even the most advanced known defense systems. In 2018, Gen. John Hyten, commander of United States Strategic Command, told the Senate Armed Services Committee that America does not “have any defense that could deny the employment of such a weapon against us.”

“Hypersonic weapons are literally unstoppable (as in America can’t stop them),” the National Interest wrote. “The impact of speed, extreme altitude changes, and maneuverability, especially during the final phase of flight, present both offensive opportunities and defensive obstacles.”

Military.com noted that the missiles also cannot be seen on radar because the high speeds mean “the air pressure in front of the weapon forms a plasma cloud as it moves, absorbing radio waves and making it practically invisible to active radar systems.”

The notion of the U.S. being unable to defend against some of Russia’s unfathomably destructive nuclear weapons is alarming. But the more important region to watch for a response to Russia’s increasing military power and increasing aggression is Europe.

Russian President Vladimir Putin once famously called the collapse of the Soviet Union the 20th century’s “greatest geopolitical catastrophe.” He has worked for years to rebuild the empire’s former glory. This goal was evident in 2008 when Russia invaded Georgia and seized two of its regions. It was evident again in 2014 when Russia annexed Ukraine’s Crimean Peninsula. Putin’s upgrades of Russia’s nuclear capabilities, including hypersonic delivery systems, are motivated by that same overarching goal.

In 2014, shortly after Russia annexed Crimea, Trumpet editor in chief Gerald Flurry discussed the effect such moves would have on Europe, and placed it in the context of Bible prophecy:

The Europeans have not forgotten Russia’s recent acts of aggression on their region—in Georgia and Ukraine. They see Putin’s increasingly antagonistic nuclear posturing and his unfathomably destructive weaponry, such as the Kinzhal-capable MiG-31K fighters. And the fear of Russia that is now becoming more intense among many Europeans is intensifying their desire to unify Europe, politically and militarily. They reckon that within a unified European bloc, they would be better able to stand up to the rising Russian threat.

Mr. Flurry’s article is built on prophecies recorded in Ezekiel 38, Daniel 2 and 8, and the book of Revelation, showing that these trends are leading to a time of destruction that “will cause more suffering than the world has ever known!”

But he proves that this ultimately points to profoundly good news, which he terms “the best news you could ever hear!”

To better understand these Bible prophecies and to learn more about the “best news you could ever hear,” read Mr. Flurry’s article “The Crimean Crisis Is Reshaping Europe!”