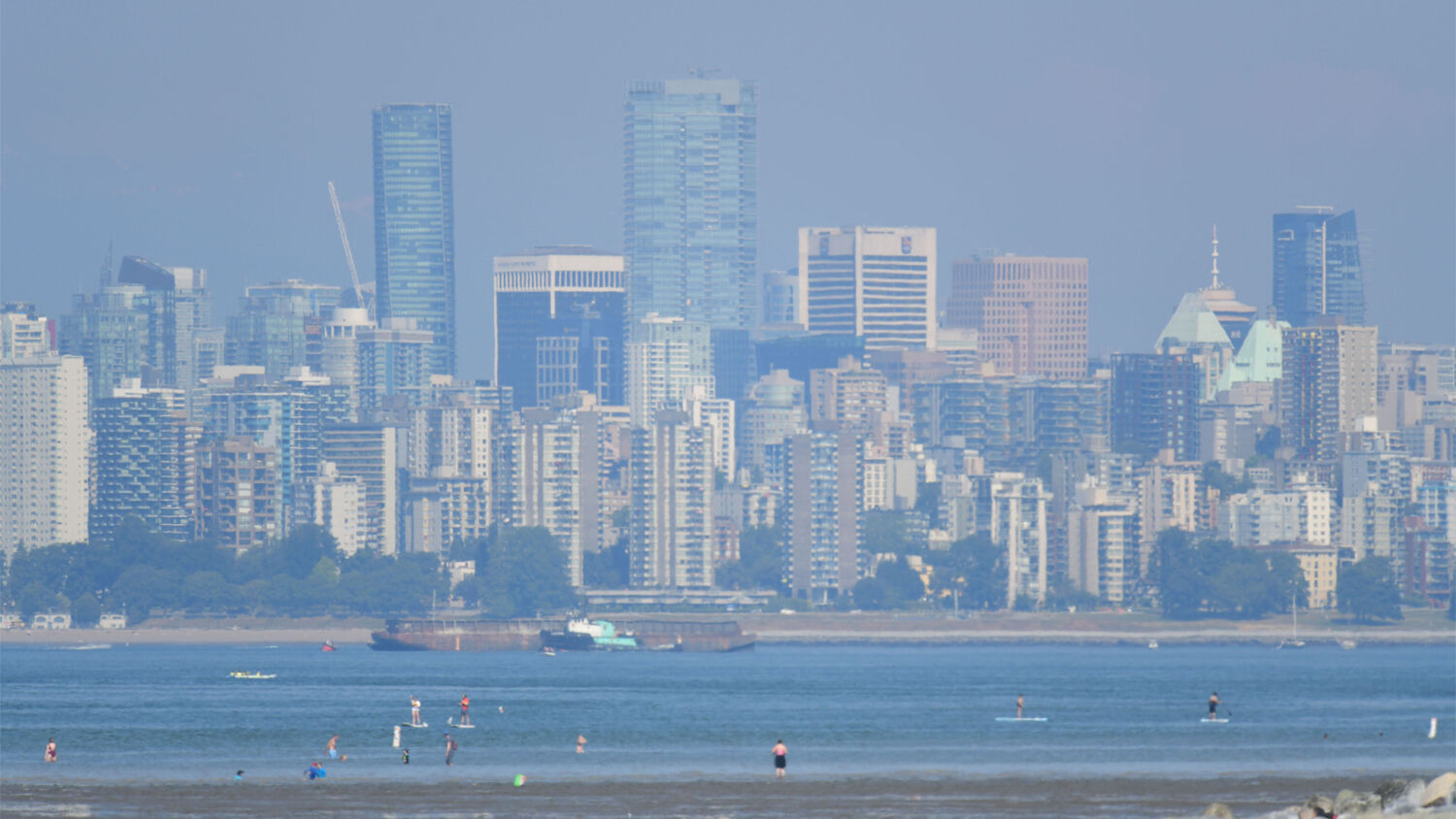 It’s true: The planet is warming up. But the theory that high carbon emissions directly result in higher temperatures is nothing less than fraudulent.

Highways are cracking, roads are buckling, and railway tracks are being warped by the record-breaking heat searing the Pacific Northwest. Flights have been canceled and restaurants have been forced to close due to the extreme weather.

Global temperature record-keeping data shows that the last seven years have been the warmest on record. But this heatwave is affecting areas that have rarely ever been this hot before.

“This is a complete shock to a Canadian; this feels like Las Vegas or India—not Vancouver,” said Chris Johnson, a criminal lawyer who decided to leave his 90 degree-Fahrenheit home for an air-conditioned hotel.

Lawrence Lau, a resident of Vancouver, told the Trumpet that “most homes” in his city “are not built with centralized air conditioning so everything in the house was very warm. It was 97 degrees Fahrenheit in my house and even higher with the humidity!”

This prompted evacuation orders amid concerns about flash floods in southeast Alaska and British Columbia due to rapid snowmelt.

There has been similar heat in the United States. The Portland Airport set a record for the city after it hit 116 degrees Fahrenheit on Monday, surpassing the previous record—set the previous day—by 4 degrees.

The same story repeated itself across the Northwest.

One major reason for the heat wave is the historic drought in the Northwest. According to the U.S. Drought Monitor, it is the worst the Pacific Northwest has experienced in 20 years. And the oppressive heat is drying out the ground and the vegetation even more.

Profits in many agricultural sectors are taking a major hit as the heat causes fruits and vegetables to ripen before they reach full size.

Rainfall patterns are shifting, water shortages are worsening, and labor difficulties are expected to only worsen, not only in North America, but worldwide.

Jacobabad, Pakistan, briefly topped 126 degrees Fahrenheit on June 28. This made it one of two places on Earth to have ever passed a threshold hotter than the human body can withstand. According to climate historian Max Herrera, “The Middle East and Central Asia are under the harshest heat wave in history for this time of the year.”

Data shows that heat is the deadliest type of weather calamity, claiming more lives than hurricanes, tornadoes and floods combined. At least 63 people have died in Oregon alone as a result of the current heat wave. And if conditions persist across the region, the death toll will rise.

What is the cause of these worsening weather conditions? Scientists often point to man-made climate change. But as the Trumpet has pointed out several times, the theory that high carbon emissions directly result in higher temperatures is nothing less than fraudulent. Many scientists have been exposed for manipulating and deleting data on historical temperature records that disprove this theory (for more detail, read “Greenhouse Apocalypse,” by Trumpet contributor Andrew Miiller).

In the face of this deception and uncertainty, what source can be trusted? What source provides certain, credible facts? How can we know what is the real cause of these worsening weather-related events?

Many today don’t believe in God or the Bible. But nothing else provides a concrete and dogmatic explanation of the many problems mankind faces today. The Bible gives a clear explanation of why weather disasters are worsening.

Notice what the Apostle Paul wrote regarding what would happen in the “last days”: “This know also, that in the last days perilous times shall come. … But evil men and seducers shall wax worse and worse, deceiving, and being deceived” (2 Timothy 3:1, 13). The Bible says as Jesus Christ’s return draws nearer, mankind’s moral and spiritual condition will worsen. And as the evils worsen, so does the punishment from God.

God even specifically warns of drought as punishment: “… I will make your heaven as iron, and your earth as brass: … for your land shall not yield her increase, neither shall the trees of the land yield their fruits” (Leviticus 26:19-20). When we rebel against God, He curses the weather. Instead of rain, bumper harvests and prosperity, we receive scorching heat, poor crop yields, and mounting death tolls.

That is why when Jesus Christ gave a prophecy of what would occur in the lead-up to His return, He said it would be preceded by a number of terrible events: “For nation shall rise against nation, and kingdom against kingdom: and there shall be famines, and pestilences, and earthquakes, in divers places” (Matthew 24:7).

We wrote in our booklet Why ‘Natural’ Disasters?:

Notice also, Jesus told His disciples that famine—a shortage of food and water—and then pestilences, or disease epidemics, would accompany these natural disasters.

The word famines needs to be examined in the context of not only the “wars” mentioned here—which do tend to produce famines—but also the natural disasters that are mentioned! Droughts and floods on the scale we see today have a tremendous impact on food production! The Greek word for famines can mean “a scarcity of harvest.” And we are seeing that in the news all the time! …

What is the Bible’s weather forecast for the near future? The answer to that question is directly related to the moral and spiritual state of the world. Because that is prophesied to decay—a reality we vividly see around us—so too is the state of our weather.

In his March 25, 2011, episode of the Key of David, Trumpet editor in chief Gerald Flurry said that although the uptick of weather disasters is deeply alarming, there is great hope connected to their increase. He said:

All these disasters that you see around this world are a sign! They are a sign of the end of this age and of the coming Second Coming of Jesus Christ! That’s what your Bible says, and we can prove to you very easily that we are living in the end times. All of these disasters are a sign. Now that, to some, is going to sound a little bit like fantasy, but that’s not what your Bible says. I mean, it says something very different than a fantasy, and everything that those prophecies say are being fulfilled today just precisely as Jesus Christ said they would. Exactly! …

Now, a sign is something you ought to be able to read and understand. That’s why the signs are there, to give us understanding and give us direction. It is a sign of the end of this age and the beginning of a new age ruled by Jesus Christ. Is it possible that Jesus Christ is about to return to this Earth? Well, it’s not only possible, it’s absolutely prophesied, and it’s going to happen. Catastrophes are a sign. So says Jesus Christ and so says your Bible. They are a sign.

In Matthew 24:8, Christ said these weather-related events are only “the beginning of sorrows.” Things are only going to get worse. Heat waves, droughts, food and water shortages, infrastructure damage—all these problems are going to intensify. Thankfully, they do so as a sign of “a new age ruled by Jesus Christ.”

To better understand the truth of the Bible and the purpose of such weather disasters, please request our free booklet Why ‘Natural’ Disasters?