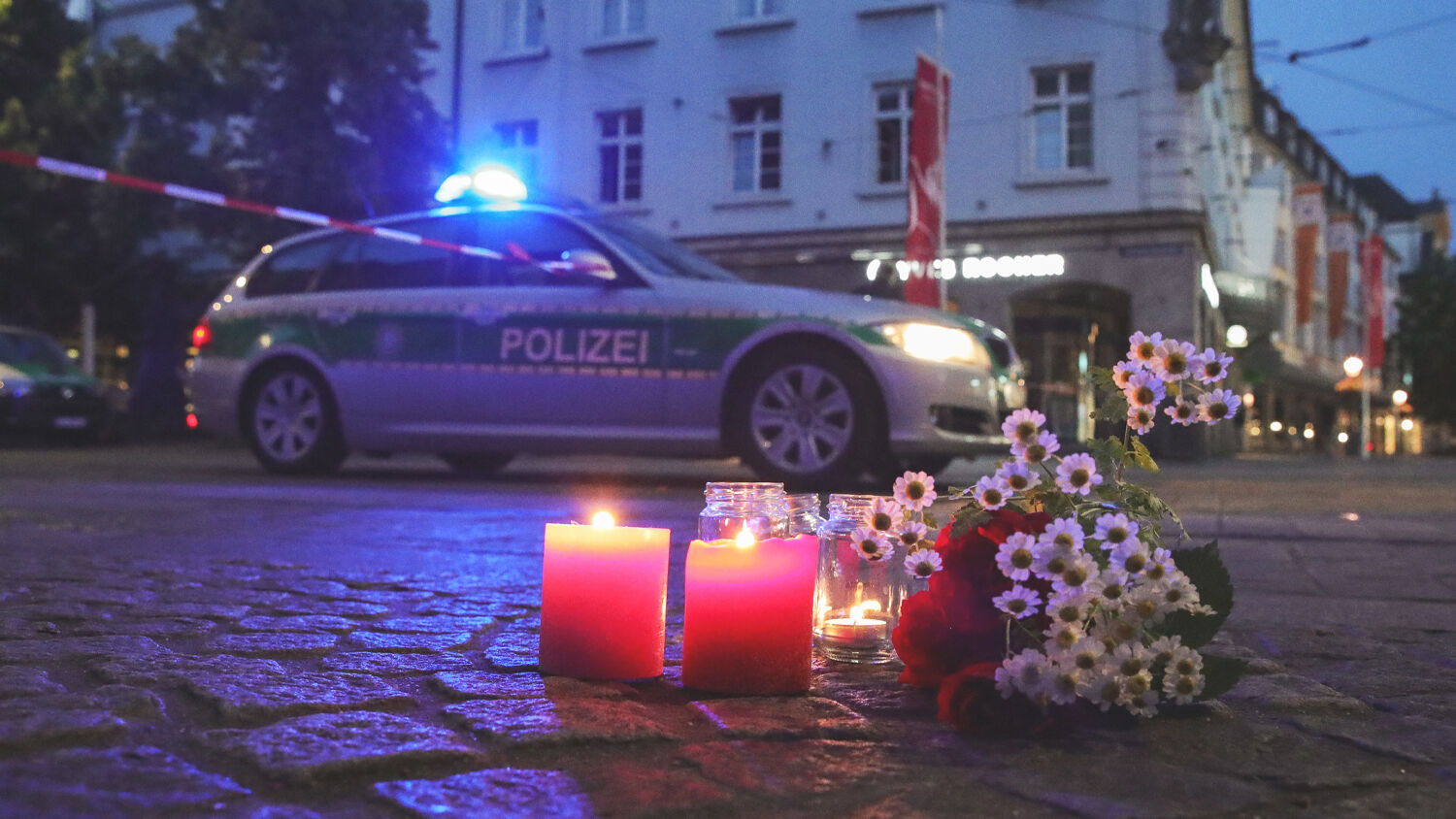 Flowers and candles in tribute to the victims of a deadly terrorist attack in Wuerzburg, southern Germany on June 25
ARMANDO BABANI/AFP/Getty Images

Attacks in Wurzburg, Germany, and Mali raise the question: When will terror end?

A young Somali man stabbed three women to death in downtown Wurzburg, Germany, and seriously injured six others on June 25. Bavarian Interior Minister Joachim Herrmann told Bild on June 27, “There are some indications here that it could be Islamist terror, but of course it all has to be carefully investigated” (Trumpet translation throughout). He added that it was a “glaring suspicion.”

Bavarian State Premier Markus Söder warned: “We cannot answer such a hateful deed with hate and revenge.” He also said the attacker should not be labeled “someone with a migrant background,” as this would stir further hatred. He pointed out that other migrants helped stop the attacker.

The 24-year-old Somali man, who has lived in Germany since 2015, was admitted to a psychiatric hospital earlier this year after he threatened someone with a knife at a homeless shelter. This led Herrmann to ask: “Is this really an Islamist terrorist attack? Or is the psychiatric disorder the dominant factor? Do the two combine in a terrible way?” Yet it has been reported that the perpetrator shouted, “Allahu Akbar,” before the stabbing.

Citizens in Europe are frustrated by political correctness. The cautious reporting is fueling hatred in those who believe the state is responsible for “importing” terrorism through the refugee crisis. The situation in Germany is so tense that politicians fear an escalation in violence against foreigners.

Bild noted that police statistics show “Germany has a massive problem with violent foreigners.” Of the 168,237 people who allegedly committed violent crimes in 2020, 38 percent were “non-German suspects” (64,318)—of whom 22,171 were immigrants (13 percent). Of the 2,672 suspected of manslaughter, 1,085 were foreigners (41 percent), 420 of whom were “immigrants” (16 percent). In the case of rape and sexual assault, 37 percent of the perpetrators were foreigners, 14 percent of them immigrants.

Bild is one of the few publications that questions the political tolerance. For this reason, it is often accused of stirring up hatred and seeking only profit by publishing sensational headlines.

Germany’s missions abroad are also coming under attack. Around 900 German soldiers are currently involved in the United Nations Multidimensional Integrated Stabilization Mission in Mali. The mission is intended to support the peace process in Mali, but it is often confronted by Islamist terrorist groups. On June 25, a suicide bomber attacked a German patrol northeast of the city of Gao. Thirteen UN soldiers, 12 Germans and one Belgian, were injured. The soldiers were securing the convoy of a Malian battalion.

Whether or not Europeans view it as such, radical Islam considers what is happening an all-out religious war. In this war, radical Islamists are persecuting all Christian denominations in the Middle East, causing millions to flee the region, with some even losing their lives.

Both political and religious leaders agree the persecution needs to end. But how?

Trumpet editor in chief Gerald Flurry explains in his free booklet The King of the South that this refers to a German-led Europe and radical Islam led by Iran. The terrorists will become the terrorized when European armies overwhelm Iran.

In this clash, Europe’s Christian religions are prophesied to unite under the leadership of the Vatican and Europe will unite under the leadership of Germany. We already see many calls for religious unity in standing up against persecution. European nations are also striving for more political and military unity. The growing terrorist threat is increasing Europe’s urgency.

Request a free copy of Mr. Flurry’s booklet The King of the South to learn what the Bible reveals about this coming clash of civilizations and the inspiring hope in its end.