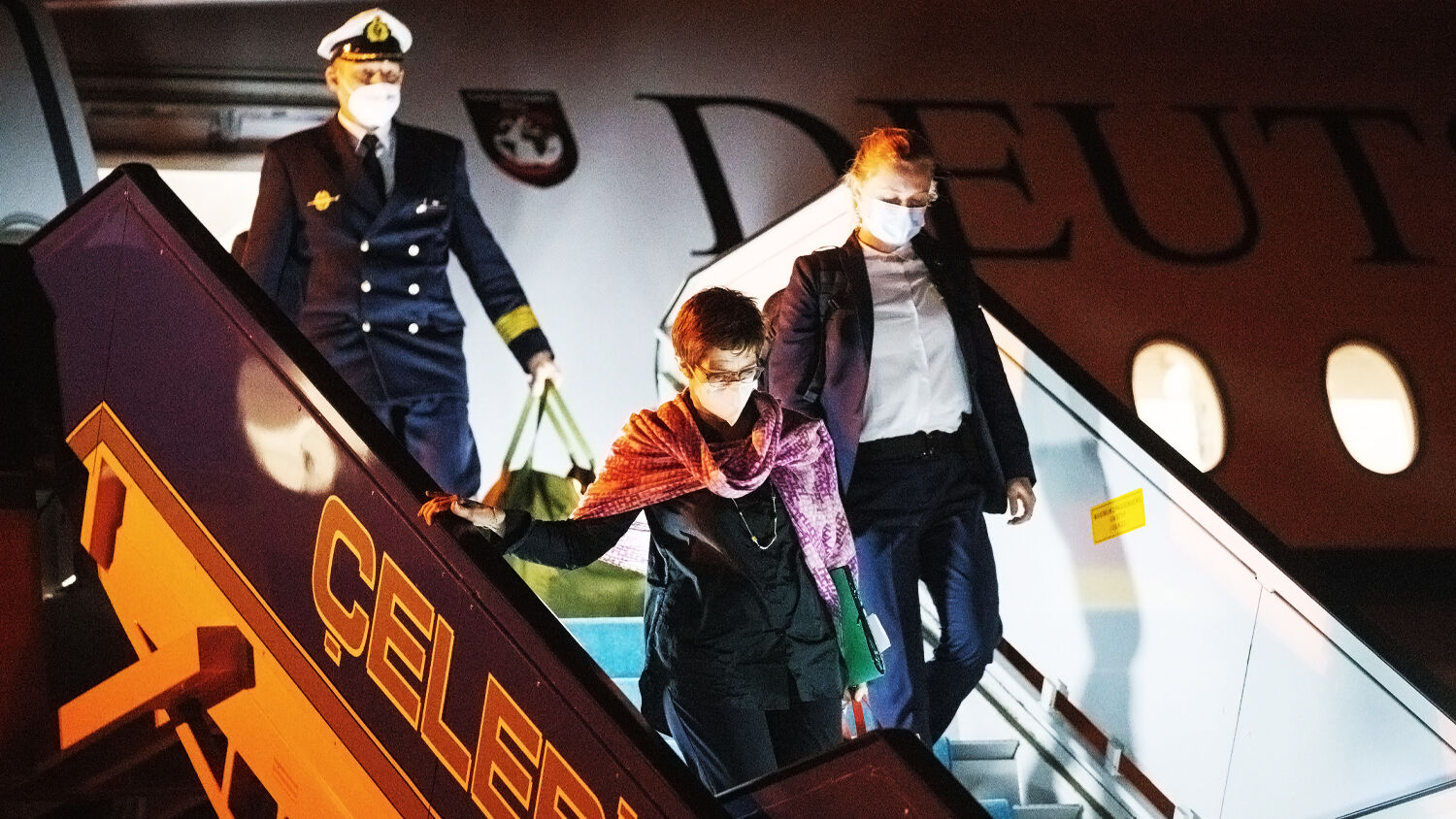 In the U.S.’s absence, foreign powers will dominate this crucial battlefield.

German Defense Minister Annegret Kramp-Karrenbauer paid her first official visit to Turkey on June 17, opening the door for cooperation between the two nations in Afghanistan.

On her visit, Kramp-Karrenbauer said: “I am grateful that Turkey is willing to play an essential role here. But we also agreed that it cannot be a sole task of Turkey. And that it also requires support from within the alliance and from partners.”

In Afghanistan, Turkey secures the Kabul airport. Erdoğan now offered to take on more responsibility in the Hindu Kush. “Kramp-Karrenbauer has sought to close ranks with Turkey on security policy, regardless of political differences,” n-tv.de reported. “During her first visit to Ankara, the [Christian Democratic Union] politician assured her counterpart, Hulusi Akar, of Germany’s stronger commitment to securing nato’s flank in the Black Sea region and at the same time encouraged the Turkish government to take on an essential role in Afghanistan, such as continuing to operate the airport in Kabul” (Trumpet translation throughout).

By securing the airport, Turkey also secures future European missions and those of the North Atlantic Treaty Organization. The Taliban has therefore threatened to force Turkey to leave its post. On the sidelines of the nato summit, Erdoğan told the Biden administration that Turkey would need “diplomatic, logistical and financial support” from the United States if it were to assume oversight of the international airport beyond the withdrawal date. Whether or not the U.S. will continue financing the mission remains to be seen.

The Biden administration welcomed Afghanistan’s leaders at the White House on June 25. While they discussed the situation in the Middle East, few expect the U.S. will change its planned troop withdrawal. Instead of military aid against the Taliban, the U.S. promises to help combat the coronavirus.

In the U.S.’s absence, Turkey and Germany are growing closer. Despite differences, Akar said: “Germany is our friend, our partner.” He also emphasized the important role Turkey plays in providing for millions of refugees and displaced people in Syria. Europe depends on Turkey in this regard. And Turkey relies on Germany and other European nations for weapon exports and financial aid.

For years, Germany’s main recipient of weapon exports has been Turkey. In January 2019, Turkey used German tanks against Kurdish forces in Syria. Turkey has often acted against the goals of the nato alliance and the expressed interests of the U.S. It is also one of the most vocal opponents of the State of Israel. Yet Germany and Turkey cooperate closely.

In 2010, late Trumpet writer Ron Fraser noted in “Afghanistan—Why Germany Won’t Leave” that the German government has many personal reasons to stay involved in the region. The mission furthers Germany’s military technological advances and allows Germany to gain a strategic military foothold and forge key alliances. For this and other reasons, the Trumpet has stated that Germany won’t leave the region. Its promise to Turkey indicates that Germany is still interested in continuing its mission.

Since the 1990s, Trumpet editor in chief Gerald Flurry has explained that one of Germany’s main goals in the region is to oppose Iran. The world has only recently awakened to the threat Iran poses. But Germany has been quietly preparing for a confrontation. Turkey and Iran are among the most powerful forces in the Middle East; while they agree on some issues, they disagree on major fronts, such as Syria. For this and other reasons, Mr. Flurry has predicted that Turkey and Germany would ally against Iran.

This alliance is part of one of the most interesting prophecies in the Bible and helps us understand our world.

As Mr. Flurry explained in “A Mysterious Prophecy,” Psalm 83:4-6 speak of an unprecedented alliance that is prophesied to form in our day. Germany, Turkey and Syria are mentioned in this prophecy (read the article for a detailed explanation). As Mr. Flurry explained, this alliance will form primarily to oppose the United States, Britain and the Jewish state in the Middle East, and secondarily to oppose Iran. Germany’s quick endorsement of Turkey’s advances in Afghanistan shows that this alliance is forming. Read “A Mysterious Prophecy” to learn more about these astonishing prophecies and how they will unfold.