The Cold War ended decades ago, but the nuclear threat is intensifying. You may think thermonuclear bombs couldn’t get any more dangerous. But they can—and they are. 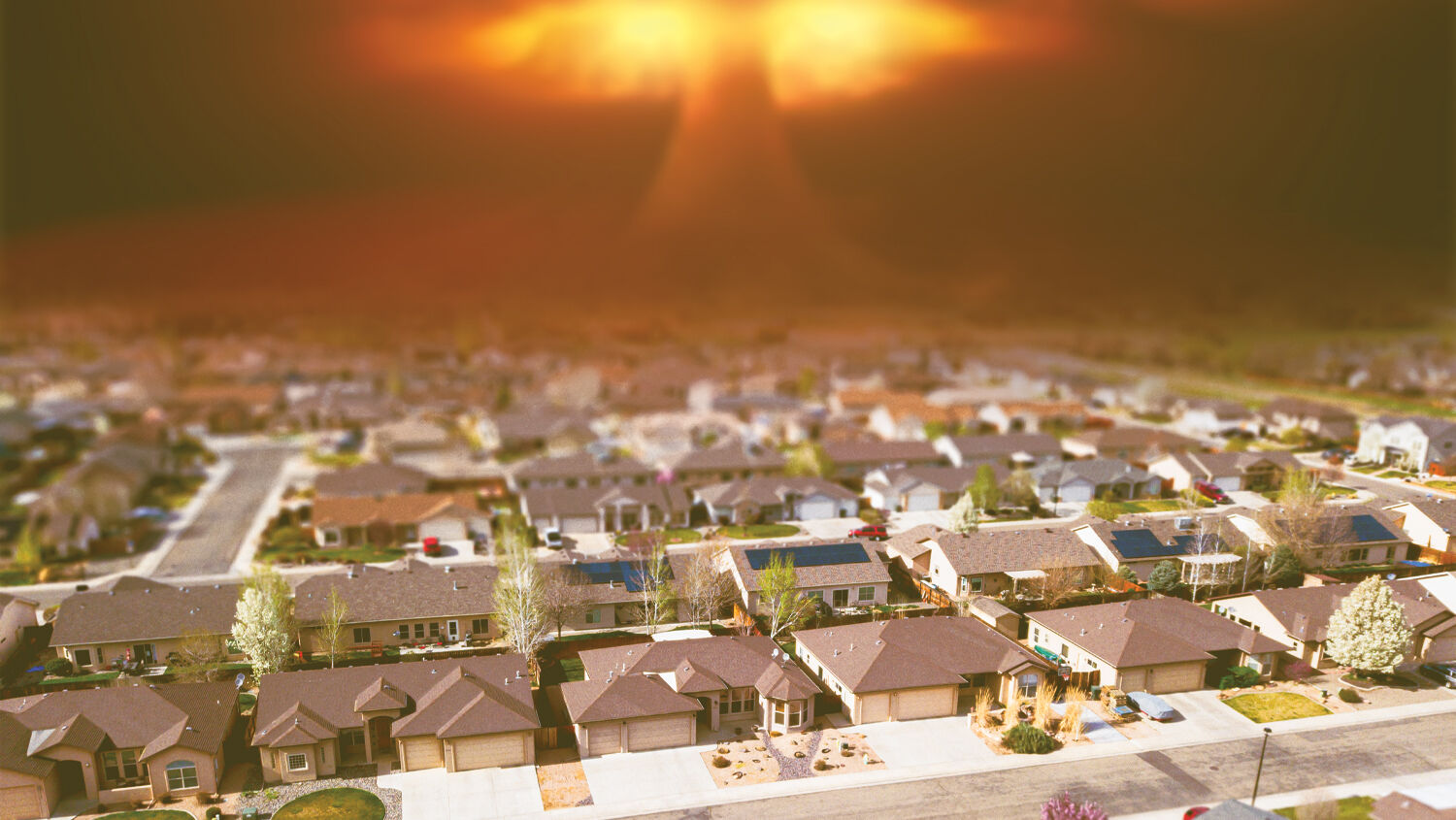 The Cold War ended decades ago, but the nuclear threat is intensifying. You may think thermonuclear bombs couldn’t get any more dangerous. But they can—and they are.

“Useless at best, detrimental at worst.” That is how the late Charles Krauthammer described an agreement the Obama administration made with Russia in 2009 for the two nations to dismantle equal numbers of nuclear weapons from their stockpiles.

The deal was detrimental for the United States because it obligated it to eliminate state-of-the-art defensive weapons while Russia dismantled Soviet-era weapons that were strictly offensive in nature, archaic weapons that would have done little more than—as Winston Churchill once phrased it—“make the rubble bounce.”

At that point, Russia’s nuclear stockpiles were too primitive to make the deal even close to equal. And it did nothing to truly make the world safer.

But much has changed in the 12 years since.

In his April 21 State of the Nation Address Russian President Vladimir Putin said, “The share of advanced weapons and hardware … in the nuclear triad … will exceed 88 percent already this year.”

This means that of all the warheads, intercontinental ballistic missiles, strategic aircraft, submarines and other components of Russia’s nuclear program, almost 90 percent have been modernized. In many cases, Russian versions of this deadly technology are comparable to the U.S. arsenal. Some of these weapons systems, such as hypersonic missiles, are believed to exceed their American counterparts.

Putin went on to say Russia is determined to continue “qualitatively strengthening” all aspects of its armed forces in order to keep closing the gap with the United States.

Even as Russians have suffered years of serious economic strain—exacerbated by the coronavirus pandemic and government lockdowns—Putin has always found room in the budget to spend billions annually on the military, especially on nuclear weapons. He is dead set on making them as state-of-the-art, lethal and unstoppable as possible.

The same day that Putin made his speech about Russia’s nuclear advances, Reuters published a report about China that can only be called a bombshell.

In recent years, China has devoted billions of dollars in resources to building a new generation of advanced nuclear-power facilities. China’s ruling Communist Party has emphasized that these new plants are intended only to generate cleaner power by reducing its prodigious coal consumption. But the April 21 Reuters report states that the fast-breeder reactors at these facilities produce large amounts of the fundamental material used in advanced nuclear weapons.

“With a fast-breeder reactor, you now have a very large source of weapons-grade plutonium available to you,” the report quotes Navy Adm. Charles Richard, the commander of the U.S. Strategic Command, as saying. “That will change the upper bounds of what China could choose to do if they wanted to, in terms of further expansion of their nuclear capabilities.”

China is believed to have only 200 or so nuclear warheads. But whispers out of Beijing indicate that some Communist Party leaders want their arsenal to compare better to that of the U.S. (an estimated 5,800 warheads) and that of Russia (an estimated 6,375 warheads).

It is hard to imagine that the new Chinese plants won’t help fulfill this ambition. The first one is scheduled to open in 2023.

In recent months, Iran has also advanced its nuclear weapons program. This fanatical regime could be mere months away from producing its first nuclear bomb. The also-fanatical and even less stable North Korean regime has improved its delivery systems for the nuclear weapons it already possesses. German military personnel have received more training on how to mobilize and drop the nuclear bombs that America has stocked in Germany. And more questions and concerns have emerged over how vulnerable Pakistan’s nuclear weapons are to terrorist hijacking, especially as America pulls out of neighboring Afghanistan.

Moreover, discussions have opened about the possibility of other nations—namely Japan, Poland, South Korea, Saudi Arabia, Taiwan, Turkey and Ukraine—obtaining nuclear arsenals of their own.

In so many nations, nuclear developments are underway that expose the fragility of the global peace. They show that all of the attempts by the United Nations and other international organizations to reduce the nuclear threat have failed. None of man’s various disarmament efforts, peace plans or treaties have been able to secure sure and lasting peace.

All such deals lack a safeguard that can forcibly prevent the use of these unfathomably destructive weapons. And there is no true cause for hope.

In his booklet Nuclear Armageddon Is ‘At the Door,’ editor in chief Gerald Flurry writes: “Only God can solve our number one problem: that of human survival.”

Mr. Flurry’s booklet makes inescapably clear that God’s plan spelled out in the Scriptures gives mankind a definite, hope-filled solution. But it shows that the Bible also contains dire warnings, revealing that tensions around the world will continue to increase until they snap—and nuclear war explodes.

A Forecast for the Modern Era

Matthew 24:21-22 record Jesus Christ saying: “For there will be greater anguish than at any time since the world began. And it will never be so great again. In fact, unless that time of calamity is shortened, not a single person will survive. …” (New Living Translation).

When Christ spoke these alarming words in the year a.d. 31, a global war that could potentially kill every living person was not technologically possible.

During that age of Roman rule, warfare entailed hand-to-hand combat with swords, javelins, bows and slings. The closest thing to a weapon of mass destruction was probably an onager catapult. Even after another millennium had passed, Genghis Khan’s soldiers were armed with comparable weaponry: crossbows, sabers, recurved bows and trebuchets. With these, the Mongols killed some 40 million people, one 10th of the total world population. By the 1400s, the arrival of gunpowder had led to widespread use of muskets and cannons. These developments greatly boosted a soldier’s killing efficiency. Yet even then, mankind still could not wage a war that “not a single person” could survive.

A decade after World War ii’s end, a major prophetic milestone was crossed.

The Ambassador College Bible Correspondence Course, published by the late educator Herbert W. Armstrong, explains: “Total annihilation of the human race by warfare was never possible—at any time in world history—until 1955! The Encyclopedia Britannica reports, ‘In August 1955 … there was a general conviction among the governments that both sides in the Cold War had sufficient retaliatory power to make hydrogen bomb war suicidal’!”

So at that time, enough nuclear bombs had been built to blast all human life off the planet. The type of war Christ had warned about 2,000 years earlier had finally become not just possible—but dangerously probable.

This fact helps us see that many key Bible prophecies about World War iii, including Mathew 24:21-22, could only be fulfilled in the modern, nuclear era.

‘But It Will Be Shortened’

Today, the nations continue to hold each other at nuclear gunpoint—and the risks of these weapons being used are growing. When a global nuclear war erupts, millions of people will suffer nuclear fire, and millions more will suffer nuclear winter. Jeremiah 2:15 shows that some cities will be entirely scorched by nuclear devastation, without a single survivor. The worldwide carnage will threaten the existence of human life itself.

But the Bible’s prophecies do not end with nuclear war annihilating mankind. Continuing in Matthew 24, just after Jesus said that nuclear war in this age would be so devastating that it could wipe out humanity, He added a crucial detail: “But it will be shortened …” (verse 22, nlt).

From this it is clear that nuclear World War iii will erupt, but God will not allow it to run its course. Before Russia, China and other world powers detonate enough weapons to make man extinct, Jesus Christ will interrupt the carnage.

“The good news is God will shorten the time span and save us alive,” Mr. Flurry writes. “But if He did not intervene, there wouldn’t be anyone alive on this planet. He will let it go a long way so that people learn they can’t rule themselves. Men don’t know the way of peace. God knows—and if you keep His law of love, it will bring great joy and peace into your life” (op cit).

Just after that time of unprecedented war, Christ will institute an epoch of unprecedented peace. Amos 9:14 shows that the devastated cities will then be rebuilt. They will become bastions of life and prosperity. Jeremiah makes clear that as the massive rebuilding project progresses, each individual will come to know the true God. Every person will learn to keep His law. As a result, the “great joy and peace” that Mr. Flurry discusses will begin to fill the whole world.

“We are now at the edge of this nuclear abyss!” Mr. Flurry writes; but as all these “horrible signs come to pass, we know Christ is about to return” (ibid).

These are vital truths to understand: both the warning of war on the horizon and the good news about the hope just beyond it. But it is possible to understand and to learn how to begin bringing that “great joy and peace” into your life today. 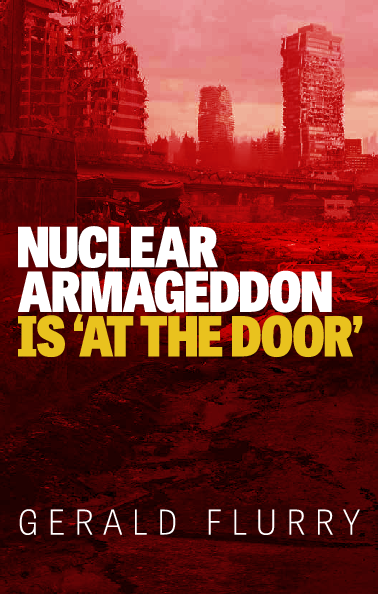 Nuclear Armageddon Is ‘At the Door’
And so is the greatest event ever to occur in the universe. Matthew 24 was Christ’s most pivotal prophecy when He was on this Earth. So why do Christians of this world fail to understand it?
From The August 2021 Philadelphia Trumpet
View Issue FREE Subscription
Next
Previous