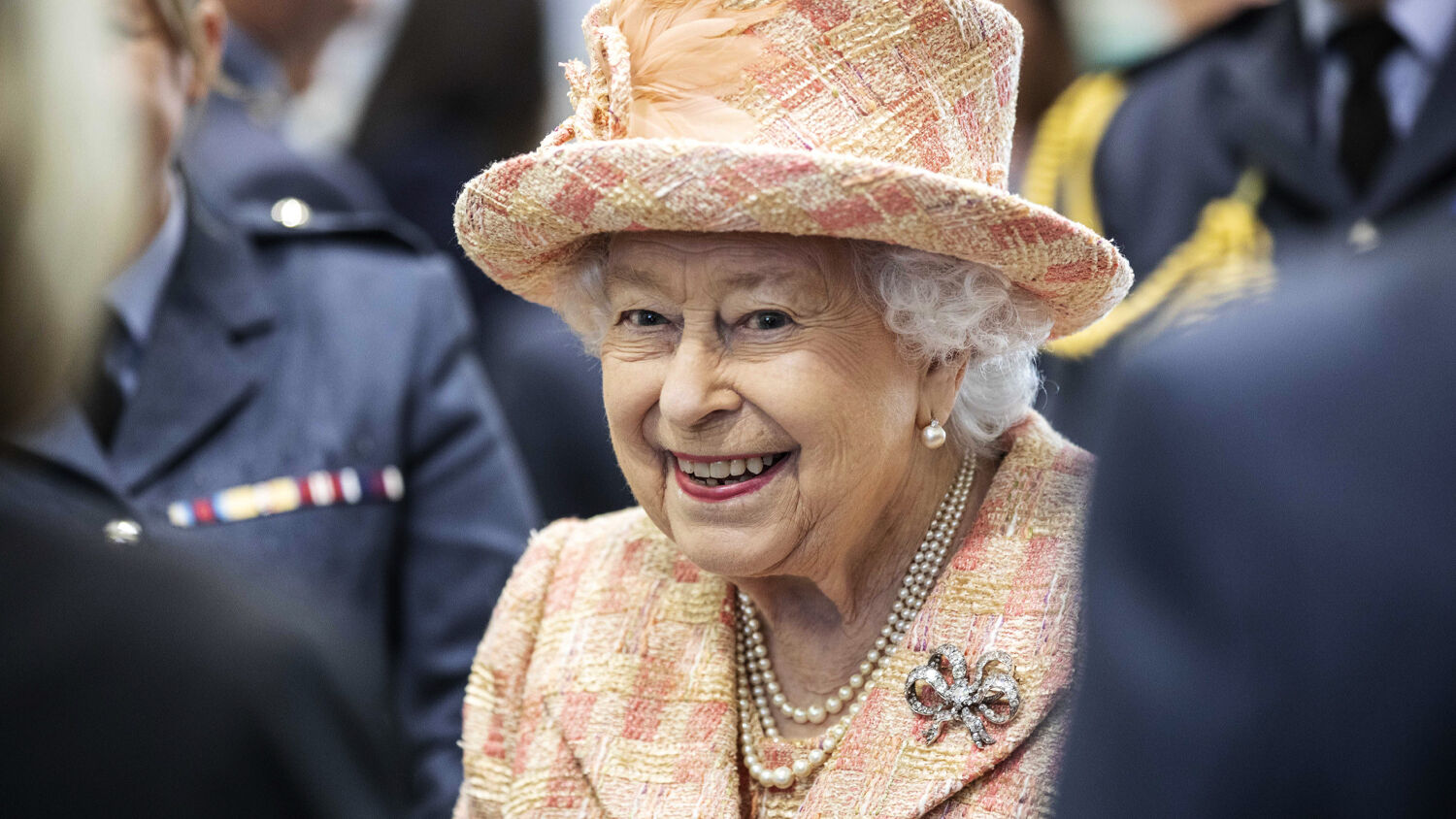 The culture wars target the ultimate symbol of British civilization: the monarchy.

The Middle Common Room (a graduate student association) of Magdalen College of the University of Oxford voted to remove Queen Elizabeth ii’s portrait from its common room, the Telegraph reported June 8. The portrait had been in the common room since 2013.

The motion was put forward by Middle Common Room (mcr) president Matthew Katzman. An American, Katzman is working toward his doctorate in computer science. He also lectures at Jesus College, another constituent college of Oxford.

Katzman’s rationale for removing the portrait? “The Queen represents an institution responsible for much of colonialism throughout history and the modern era, and these depictions cause some students discomfort.” The student association equities subcommittee, which Katzman belongs to, wants to auction the portrait to raise money “for a charity working to improve the lives of those suffering the consequences of colonialism.”

Katzman claimed that the portrait removal was not an attack on Queen Elizabeth ii. “The views of the mcr do not reflect the views of Magdalen College, and the aesthetic decisions made by the voting members of its committee do not equate to a statement on the Queen,” he said. “Indeed, no stance was taken on the Queen or the royal family—the conclusion was simply that there were better places for this print to be hung.”

By “better places,” Katzman seems to have meant a storage vault. That is, until the mcr can auction it off.

British Education Secretary Gavin Williamson called the decision “absurd” in a tweet. He stated that the Queen has “worked tirelessly to promote British values of tolerance, inclusivity and respect around the world,” and so shouldn’t be considered an offensive symbol.

Oxford University students removing a picture of the Queen is simply absurd. She is the Head of State and a symbol of what is best about the UK. During her long reign she has worked tirelessly to promote British values of tolerance, inclusivity & respect around the world

Magdalen College president Dinah Rose tweeted that the Middle Common Room, and its approximately 200 members, doesn’t represent the views of the college.

Here are some facts about Magdalen College and HM the Queen.
The Middle Common Room is an organisation of graduate students. They don’t represent the College.
A few years ago, in about 2013, they bought a print of a photo of the Queen to decorate their common room.

But she also tweeted, “Being a student is about more than studying. It’s about exploring and debating ideas. It’s sometimes about provoking the older generation.”

Being a student is about more than studying. It’s about exploring and debating ideas. It’s sometimes about provoking the older generation.
Looks like that isn’t so hard to do these days.

This sounds like the college president sympathizes with the students.

They don’t have anything against Elizabeth ii as an individual, it’s what she represents: “colonialism.”

Another colonial figure commemorated at Oxford is also under controversy. Oriel College–Oxford has a statue of Cecil Rhodes. Rhodes was a major British imperialist in the 19th and 20th centuries. He was prime minister of the Cape Colony (modern South Africa), and he helped found the colony of Rhodesia (modern Zimbabwe).

A college commission wanted to remove the Rhodes statue, but the governing body with the authority to do so decided against it. They said it would be too costly in time and money. In response, more than 150 Oxford dons boycotted Oriel College, refusing to teach their students, withdrawing from all seminars and conferences, and ceasing their involvement in recruitment.

Last year in Bristol, rioters tossed a statue of Edward Colston into the sea. Colston was a 17th century merchant, philanthropist and slave trader. The Independent reported June 8 that an anonymous group installed a plaque to commemorate the statue’s destruction. The plaque states: “At this spot, during worldwide anti-racism protests, a statue celebrating the 17th-century slave-trader Edward Colston was thrown into the harbor by the people of Bristol. Various campaigns to have the statue removed through official channels had been frustrated.” It also has a picture of the statue being toppled, surrounded by silhouettes of people giving the Communist “raised fist.”

Colston was a slave trader, but he also funded and founded schools, hospitals, poorhouses and other welfare programs. However, his involvement in slavery tarnished the positive aspects of his legacy so much that where partisan vandals unlawfully tore down his statue and threw it into the sea. But they glorify the raised fist—despite the fact that it represents communism, which has killed more people than any other ideology in modern times.

The attacks on people like the Queen, Rhodes and Colston stem from the same idea: that the British Empire and British colonialism are inherently evil. Many act as if “colonialism” is a dirty word.

The British Empire wasn’t perfect, but it had a mostly positive legacy in its former colonies. Historian Niall Ferguson wrote in his book Empire that “no organization in history has done more to promote the free movement of goods, capital and labor than the British Empire in the 19th and early 20th centuries. And no organization has done more to impose Western norms of law, order and governance around the world.” The British Empire almost singlehandedly wiped out the African slave trade. These are all admirable parts of Britain’s heritage.

So why are so many hostile to the legacy of the empire?

The Real Reason They Hate the Empire

British imperialism, by definition, involved spreading capitalism, representative democracy, Christianity, the rule of law and other historically British values to the rest of the world. Many of these values contradict leftist ideals like socialism and multiculturalism. Lenin called imperialism “the highest stage of capitalism.” The attacks on colonial symbols are more about partisan politics than righting wrongs.

Here’s an example of a positive legacy of the British Empire that radical leftists love to vilify. Many European missionaries built hospitals, schools, churches and other infrastructure projects in British colonies. But missionary activity is often derided by multiculturalists as colonizers destroying indigenous traditions. In the eyes of many, cultural diversity is more important than any tangible benefits to society that missionary activity could bring. Ergo, missionary work is considered evil.

But blotting out the British Empire’s legacy is an attack on the God of the Bible.

The British Empire was the largest in history. Its success record in major wars is impressive. But the main reason the empire was great was for a fundamentally different reason.

The British Empire was great because of God.

Longtime Trumpet readers recognize our frequent references to the biblical book of Genesis. In Genesis 12, God made the patriarch Abraham a conditional promise, later to become unconditional. God promised to make of Abraham’s descendants “a great nation” (verse 2). This promise was later given to Abraham’s son Isaac. Then to Isaac’s son Israel, and then to Israel’s son Joseph. The promise then was shared between Joseph’s sons, Ephraim and Manasseh. Ephraim was to “be greater than [Manasseh], and his seed … a multitude of nations.” The British are descended from Ephraim, and their empire God’s way of keeping His promise to Abraham. You can learn more about this in detail by requesting a free copy of The United States and Britain in Prophecy, by Herbert W. Armstrong.

When people attack the monarchy or colonialists like Cecil Rhodes and Edward Colston, they are attacking God’s involvement in the British nation. It is, as 2 Kings 14:27 puts it, an attempt to “blot out the name of Israel from under heaven.”

This attack on the British Empire’s legacy concerns every person on the planet.

To learn more, please read our article “The Real Reason Our Statues Are Under Attack,” by theTrumpet.com managing editor Richard Palmer. Also request a free copy of The United States and Britain in Prophecy to learn more about God’s involvement in the British Empire.