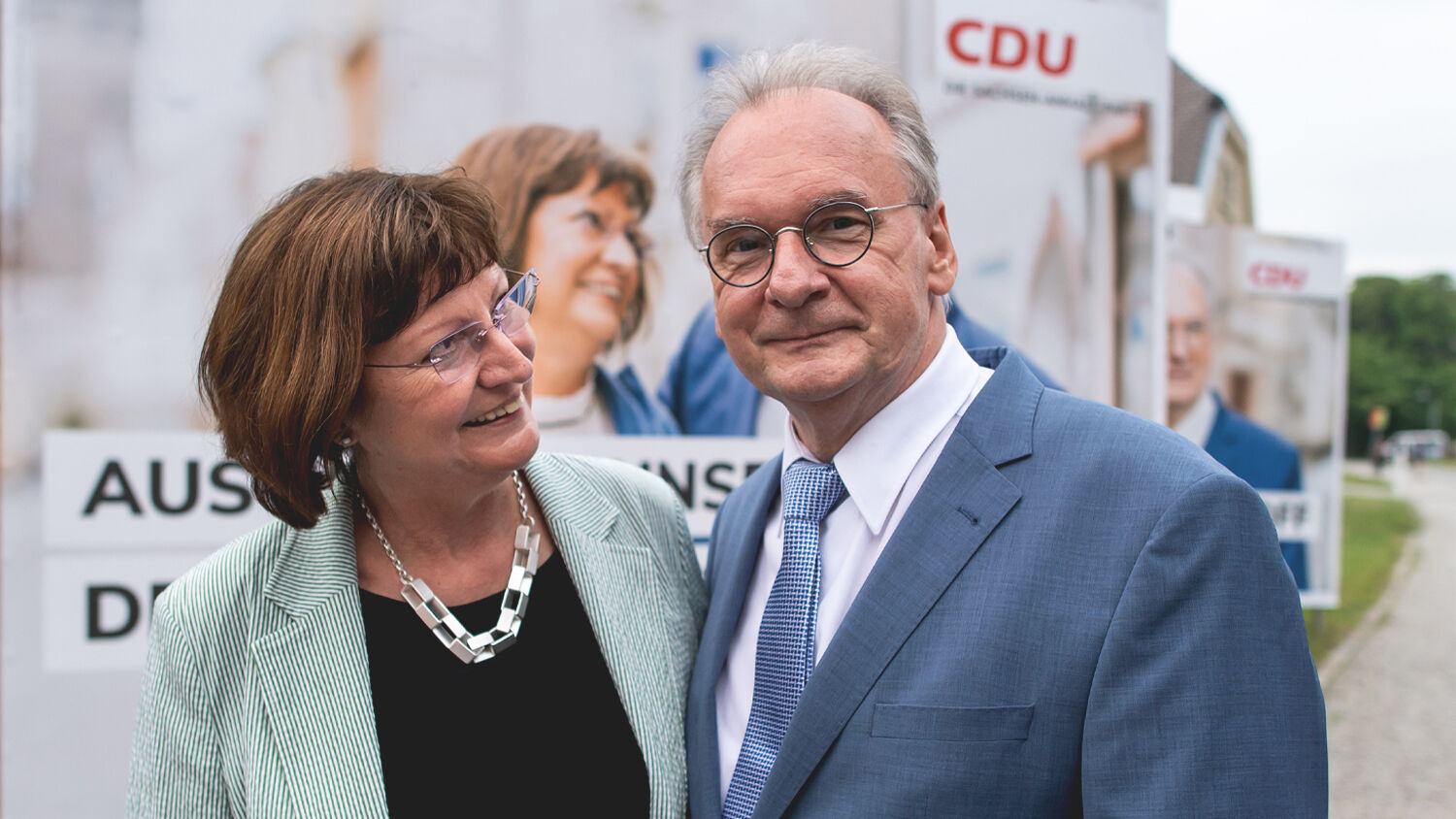 In times of crisis, we see a union between church and state form, even in the most atheistic states, such as Saxony-Anhalt.

State Premier Reiner Haseloff from the Christian Democratic Union decisively won the state election in Saxony-Anhalt on Sunday, June 6. With the election of the cdu, a major victory for the far right has been prevented and the Greens’ rise has been hampered. Yet Germany is not in secure democratic hands.

Leading up to the election, surveys indicated that the far-right Alternative für Deutschland (AfD) could come in first place. The cdu was plagued with scandals in the coronavirus crisis, and large-scale corruption and undemocratic tendencies were exposed. It was Haseloff’s challenge to prevent the AfD’s rise and to save his party from an existential crisis.

The state elections were also a test for the federal elections in September. Many feared the cdu would lose voters in eastern Germany to the right as cdu party leader Armin Laschet is considered more of a moderate.

In his campaign, Haseloff drew support from Laschet and Markus Söder, chief of the cdu’s sister party, the Christian Social Union. The cdu won the election on Sunday receiving 37 percent of the votes, followed by the AfD with 21 percent. “The feared demise of democracy in the ‘dictatorship-socialized’ new German states … has been called off: left-wing and right-wing radicals have received a strong damper in Saxony-Anhalt,” Münchener Merkur wrote. Laschet called the cdu a “bulwark against extremism” (Trumpet translation throughout).

The AfD is said to have received most of its votes from the younger generation. In the great euphoria over the cdu’s success, it is easy to forget that the willingness of so many to vote for a far-right party is most alarming.

The success will likely strengthen cdu party leader Laschet in the election campaign and keep rivals at bay. Analysts, however, also warn that Laschet cannot claim this victory for himself, as Haseloff is one of the party’s most popular state premiers. Söder, who was forced to give the chancellor candidacy to Laschet, said that the election victory was a “personal victory” for Haseloff.

Haseloff is a devout Catholic and talked about his faith frequently throughout his campaign. Yet Saxony-Anhalt, with its 2.2 million inhabitants, is largely atheistic, with only 72,000 Catholics and 257,000 Protestants. During the campaign, the Catholic Office in Saxony-Anhalt warned against the AfD, clearly supporting the cdu candidate.

Haseloff ended his election campaign on June 4 with a prayer in an old military hangar on the ex-Red Army airfield in Zerbst. Bild.de noted: “He relies on the assistance of the very top on election Sunday—and on a little lucky angel!” In the old military hangar, Haseloff also asked the priest to intercede “[f]or all those who will vote in the election on Sunday and feel committed to democracy.” A paramedic in turn gave him a ceramic angel, to which Haseloff responded: “I’ll carry that in my pocket on Sunday.”

Following the elections in Saxony-Anhalt, Catholic Bishop Gerhard Feige of Magdeburg expressed his “surprise, delight and pride.” He said: “After all the recent fears, it is an expressive and hopeful signal of the maturity and sense of responsibility of the people of Saxony-Anhalt.” Feige thanked the citizens “who did not allow themselves to be influenced by pithy slogans and simple sayings, but followed their reason within the framework of Christian principles and liberal democratic values.”

National elections are in September, and Laschet’s campaign, like that of Haseloff’s, is connected with the Catholic Church. Laschet is a devout Catholic and his chief adviser, Nathanael Liminski, is considered by some an arch-Catholic. In 2005, Liminski cofounded the pope-loyal initiative “Generation Benedict.” A tweet from the official cdu account seemed to reflect the new mentality in the cdu as an iconic Catholic image of Jesus and a Bible verse was promoted. In Germany, where church and state are strictly separated, the tweet was heavily disputed.

The cdu’s dominance and its alliance with the Catholic Church need to be closely watched. After the end of World War ii, Catholic politicians and former Nazis found a new home in the cdu and csu. Director of the Bavarian Radio Network, Wilhelm von Cube, “proved in a detailed analysis that no fewer than 85 percent of the leading officials in the Bonn Foreign Office had been Nazi party members and had served the Hitler cause” (T. H. Tetens, The New Germany and the Old Nazis).

During the time of German Chancellor Konrad Adenauer, the late Herbert W. Armstrong warned in the Plain Truth: “Watch for these things: Germany’s political parties dissolving, and the Christian Democratic Party becoming the sole political party, leading to a dictatorship.”

Bible prophecy reveals that a union between church and state will lead Europe in a dictatorial manner (Revelation 17). This union always forms in times of crisis. You see that to be true even in one of Germany’s most atheistic states, Saxony-Anhalt.

The AfD’s growing popularity is a strong sign that the mood in Germany is ripe for stronger leadership. But as Mr. Armstrong pointed out, the Christian Democratic Union’s cooperation with the Catholic Church and its dictatorial tendencies is what we need to observe closely. One way or another, the Bible reveals that Germany will receive a Catholic dictatorship. To learn more about these prophecies, request a free copy of Germany and the Holy Roman Empire.