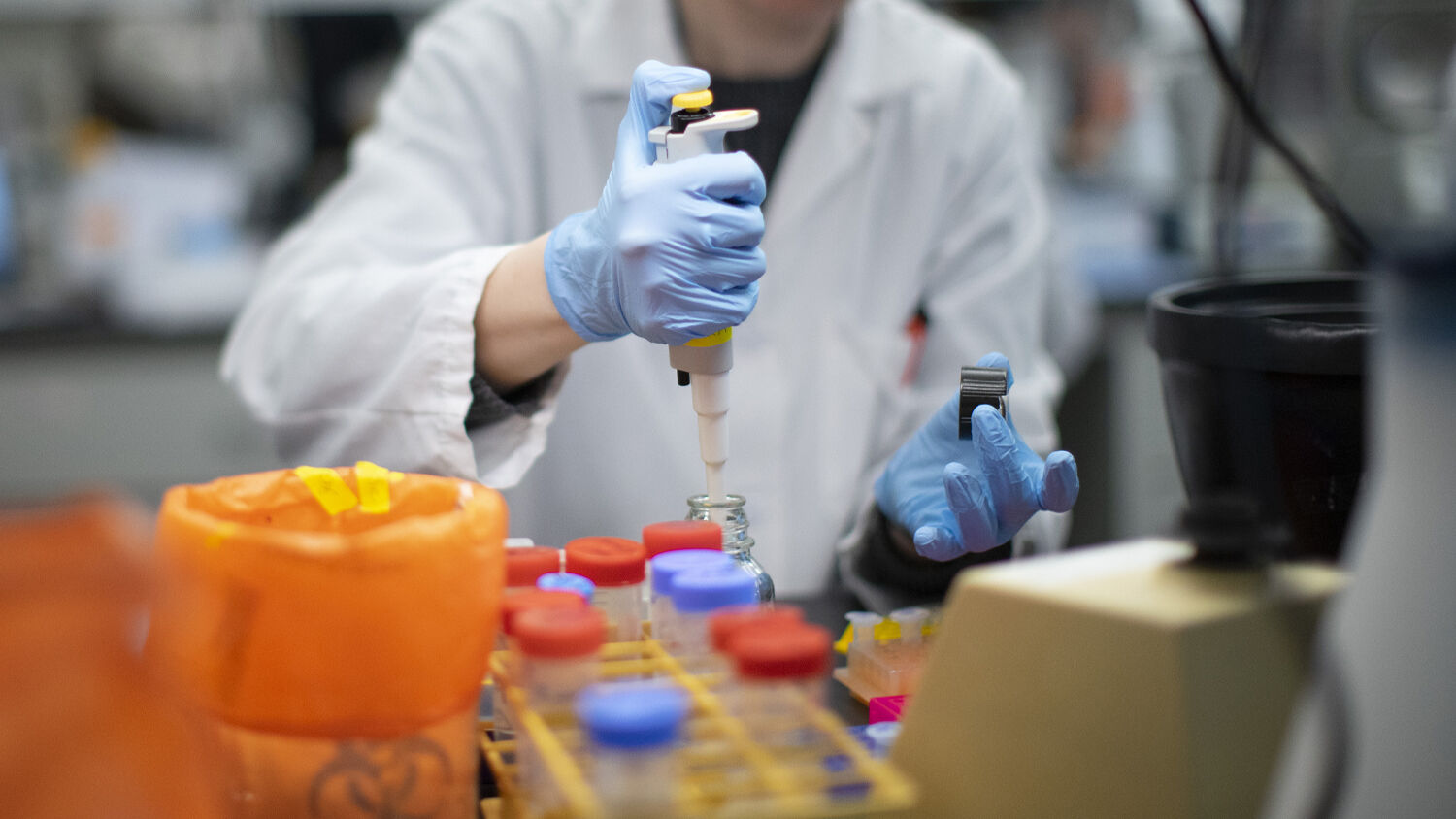 A researcher works in a lab that is developing testing for the coronavirus.
Kena Betancur/Getty Images

‘Following the science’ has become a matter of agreeing with a predetermined narrative.

The Massachusetts Institute of Technology (mit) published a study in January titled “Viral Visualizations: How Coronavirus Skeptics Use Orthodox Data Practices to Promote Unorthodox Science Online.” The study was conducted by observing anti-mask groups on Twitter and Facebook. It found that skeptics of mask-wearing and lockdowns generally employed more scientific reasoning than their pro-mask and pro-lockdown counterparts.

In most cases, the study found that informal, anti-mask and anti-lockdown groups demonstrated an unexpectedly high level of data literacy, or the ability to understand and draw meaning from raw data. It also noted that in most cases, the groups used the same datasets as health officials. It even acknowledged that in many cases, the scientific process was followed more closely by these informal groups than in professional circles, and many visuals were used to display the data in a clear and easy-to-understand format.

Not only does the study acknowledge that scientists are subject to bias, it implies that the facts about coronavirus have been intentionally manipulated: “Anti-maskers often reveal themselves to be more sophisticated in their understanding of how scientific knowledge is socially constructed than their ideological adversaries, who espouse naive realism about the ‘objective’ truth of public health data.”

When science is no longer objective, it becomes “socially constructed.” Opinions and agendas become “the science” that must be followed.

The study’s central claim was that “orthodox” scientific principles were being applied to produce “unorthodox” results—that is, results that challenge the popular narrative pushed by health officials and the news media.

Consider what the researchers wrote:

[T]his study finds that anti-mask groups practice a form of data literacy in spades. Within this constituency, unorthodox viewpoints do not result from a deficiency of data literacy; sophisticated practices of data literacy are a means of consolidating and promulgating views that fly in the face of scientific orthodoxy.

Among other initiatives, these groups argue for open access to government data (claiming that cdc and local health departments are not releasing enough data for citizens to make informed decisions).

They are ultimately mindful of the subjectivity of human interpretation, which leads them to analyzing the data for themselves.

Most fundamentally, the groups we studied believe that science is a process, and not an institution.

The last statement raises the question: Do scientists view their trade as an institution rather than an unbiased, rational process?

According to American Heritage Dictionary, an institution is a “custom, practice, relationship, or behavioral pattern of importance in the life of a community or society.” It can also mean an “established organization or foundation, especially one dedicated to education, public service, or culture.”

Calling science an institution, and not a process, opens it up to having bias and working to fulfill a certain agenda. This is a revealing acknowledgement.

This same trend appears in a 2017 research paper by the World Health Organization (who). Titled “Best Practice Guidance: How to Respond to Vocal Vaccine Deniers in Public,” its stated purpose is to provide suggestions to who representatives on how to respond to those who refuse to be vaccinated.

Although claiming to counteract anti-scientific thinking, it does not promote the use of scientific facts to respond to criticism of vaccines. Instead, some of the techniques used include “psychological research on persuasion, on research in public health, communication studies and on who risk communication guidelines.”

“Training in rhetoric” is also discussed, as are the basics of good speaking, such as confidence, expression, gestures, moral conviction, using stories and other techniques.

Since coronavirus first appeared over a year ago, health and governmental officials have continually affirmed that their policies are based on hard, scientific evidence. They talk about how governmental policy must “follow the science.” Yet the study indicates that any evidence that contradicts “scientific consensus”—saying that masks can harm your health, or that the coronavirus vaccine is causing more deaths than all other vaccines over the past 28 years—is now “beyond the pale of the scientific establishment.”

The mit study goes so far as to say that anti-mask groups “mobilize visualizations politically to achieve powerful and often horrifying ends.”

Why is working to determine the truth “horrifying”?

Trumpet editor in chief Gerald Flurry wrote an article in the May-June 2020 issue titled “A Dangerous New Age of ‘Worshiping the Will.’” In it, he explained the danger of ignoring facts and evidence in favor of our own opinions. He warned that as soon as humans disregard the truth, they begin to create their own version of reality.

The rejection of facts and evidence in favor of opinion and emotion has its origins with a powerful but invisible force that affects the human mind. “When human beings reject God’s truth, they start worshiping their own opinions,” wrote Mr. Flurry. “When this type of thinking becomes entrenched enough, people stop even caring about the difference between true and false. They start trying to magically ‘create reality where no reality is.’”

“This thinking is taking over America’s political scene!” he wrote. “Can you recognize it?”

The same can now be said for America’s scientific scene, which is becoming increasingly mixed with political aims. To learn why this is happening, and how to free yourself from this harmful way of thinking, read “A Dangerous New Age of ‘Worshiping the Will.’”