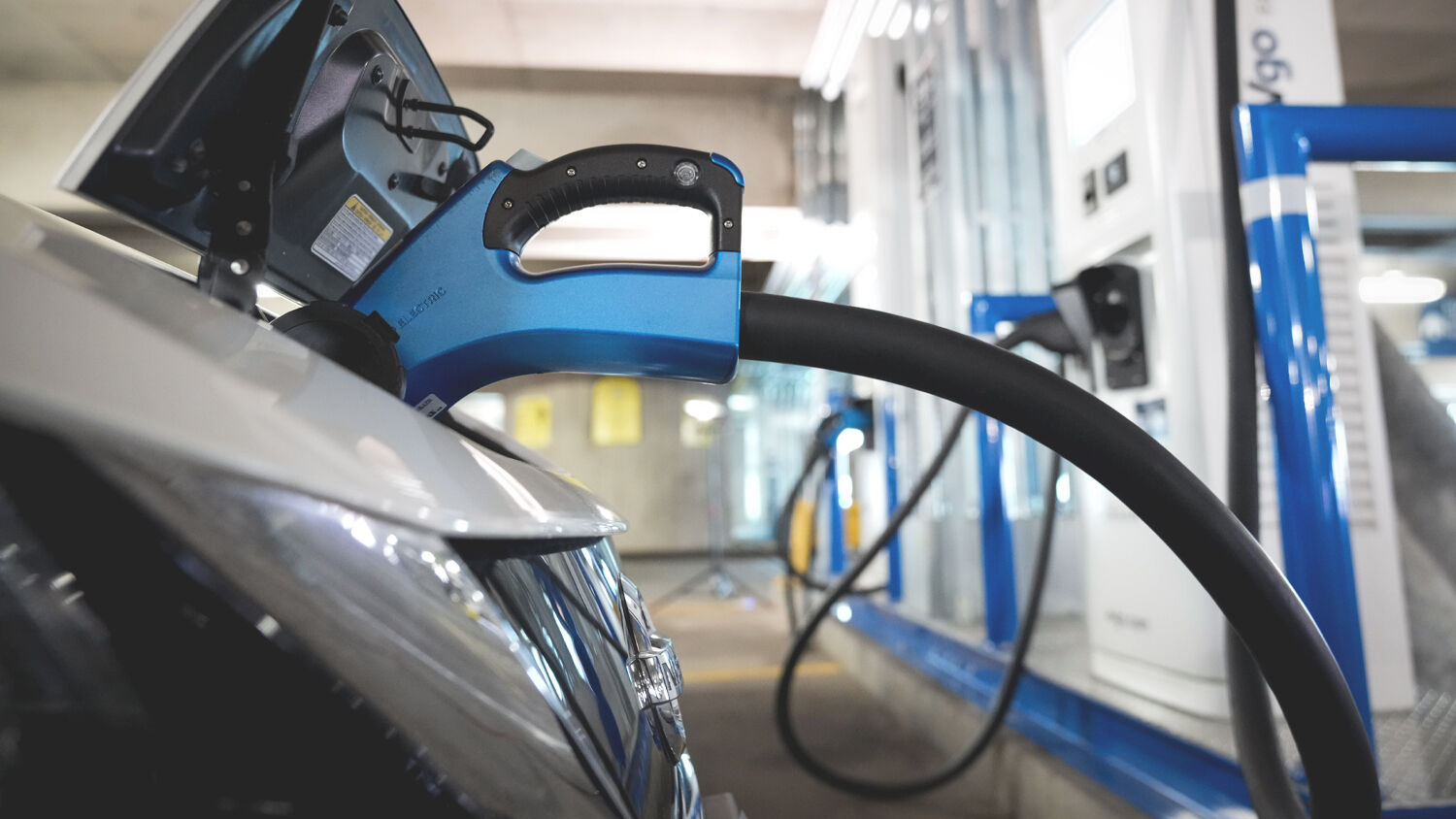 Instead of saving the planet, the infrastructure bill may help Chinese miners.

United States President Joe Biden dreams of an eco-friendly world where every American drives an electric car to work. The $2 trillion infrastructure plan he unveiled on June 2 aims to slash greenhouse gas emissions by encouraging Americans to turn in their suvs and Ford F-150s for a Chevy Volt or a Nissan leaf. The centerpiece of Biden’s electric vehicle plan is a government program to distribute $100 billion in consumer rebates among those who make the switch. Biden also backs $10 billion in new tax credits for zero-emission work vehicles, $15 billion to build 500,000 electric vehicle charging stations, and $45 billion to electrify school and transit buses.

Leaving aside the fact that America is running trillion-dollar deficits each year and does not have $174 billion to spend on plug-in cars, Biden’s Climate Plan sounds good until you start crunching the numbers. Just because plug-in cars do not emit carbon dioxide when driven does not mean they do not leave a carbon footprint. They still have to be recharged with electricity generated at a power plant, and they still have to be built in the first place. When you factor in the amount of coal and oil America uses to power up its electric grid, the average plug-in vehicle produces the same amount of carbon dioxide as a gasoline vehicle that gets 88 miles per gallon. And when you factor in the greenhouse gases emitted during the manufacture of the lithium batteries used to power plug-in vehicles, they may create more carbon dioxide than a gasoline vehicle.

So, the $174 billion earmarked for electric vehicles may increase the debt without helping the environment!

These electric vehicles will greatly empower the Chinese Communist Party, however, since it manufactures the solar panels and electric car batteries needed to power the Green New Deal being pushed by U.S. oligarchs.

A report from the International Energy Agency shows how an electric car requires six times the mineral input of a conventional car. That means America will need 7 million tons of copper, lithium, nickel, manganese, cobalt, graphite, chromium, molybdenum, zinc, silicon, rare earth oxides, and other metals to manufacture the plug-in cars it wants to put on the road. Since America buys 80 percent of its rare earth minerals imports from China, this plan makes the U.S. more dependent on the Chinese Communist Party.

Granted, companies like Lynas and MP Materials are eager to ramp up domestic supply chains, and Shenghe Resources has a plan to “restore the full rare earth supply chain” to the U.S. by 2025. But four years is a long time to depend on a Communist dictatorship for such vital minerals, and there is no guarantee that these mining companies will come through for America. Molycorp reopened a rare earth mineral mine in California in the early 2000s, only to go bankrupt a decade later.

Until the late 1990s, most rare earth minerals were processed in the United States. But as the U.S. began to enact more environmental regulations, the cost of processing these minerals increased. American processing operations closed down, and China stepped up, exploiting cheap labor and lax environmental regulations. China now controls 60 percent of the planet’s rare earth oxide supply, and it uses government subsidies to maintain a monopoly that gives Beijing power over other nations.

Retired U.S. Navy Adm. James Stavridis wrote for Bloomberg News, “China will go to great lengths to maintain overall control of the global rare-earths supply. This fits neatly within the geo-economic approach of the One Belt, One Road initiative, which seeks to use a variety of carrots and sticks—economic, trade, diplomatic, and security—to create zones of influence globally. In terms of rare earths, the strategy seems to be allowing carefully calibrated access to the elements at a level that makes it economically less attractive for competitors to undertake costly exploration and mining operations.”

As long as the U.S. is dependent on China for rare earth minerals, China can threaten to cut off America’s supply of these minerals as a means of blackmail. The price of rare earths has spiked recently, as Admiral Stavridis and others warn that China may use rare earths as a weapon in its trade war. As recently as 2019, Chinese President Xi Jinping visited a rare earth facility in the Jiangxi province around the time a People’s Daily article hinted that China could cut rare earth exports to the U.S. as a “counter weapon” in the trade war. Such a move could have disastrous consequences on the U.S. military, as about 941 pounds of rare earths are needed to manufacture an F-35 fighter jet.

So until the U.S. has a diversified supply chain it must take care not to overly offend China.

The late Herbert W. Armstrong proved in The United States and Britain in Prophecy that the U.S. and Britain descended from the Israelite tribes of Manasseh and Ephraim. He also proved that God promised these nations “possession of the Earth’s choicest agricultural, mineral and other wealth.” In Deuteronomy 33:15, God promised Manasseh and Ephraim “the chief things of the ancient mountains, and … the precious things of the lasting hills.” These precious things include rare earth minerals.

The fact that the U.S. was the world’s leading producer of rare earth minerals from 1965 to 1985 is evidence that God kept His promise to give Manasseh the chief things of the ancient mountains. And the fact China has since seized America’s place as the top rare earth mineral producer is evidence that the pride of America’s power has been broken. In Leviticus 26:18-19, God warned that He would remove Israel’s blessings if its people turned away from His laws, statutes and judgments: “And if ye will not yet for all this hearken unto me, then I will punish you seven times more for your sins. And I will break the pride of your power; and I will make your heaven as iron, and your earth as brass.”

If the American people truly understood the implications of being resource-dependent on hostile foreign nations like China, they would turn back to God—who gave America its blessings. For more information about what the Bible prophesies concerning America’s downfall, please read “Superpower Under Siege” in Trumpet editor in chief Gerald Flurry’s free book Ezekiel—The End-Time Prophet.