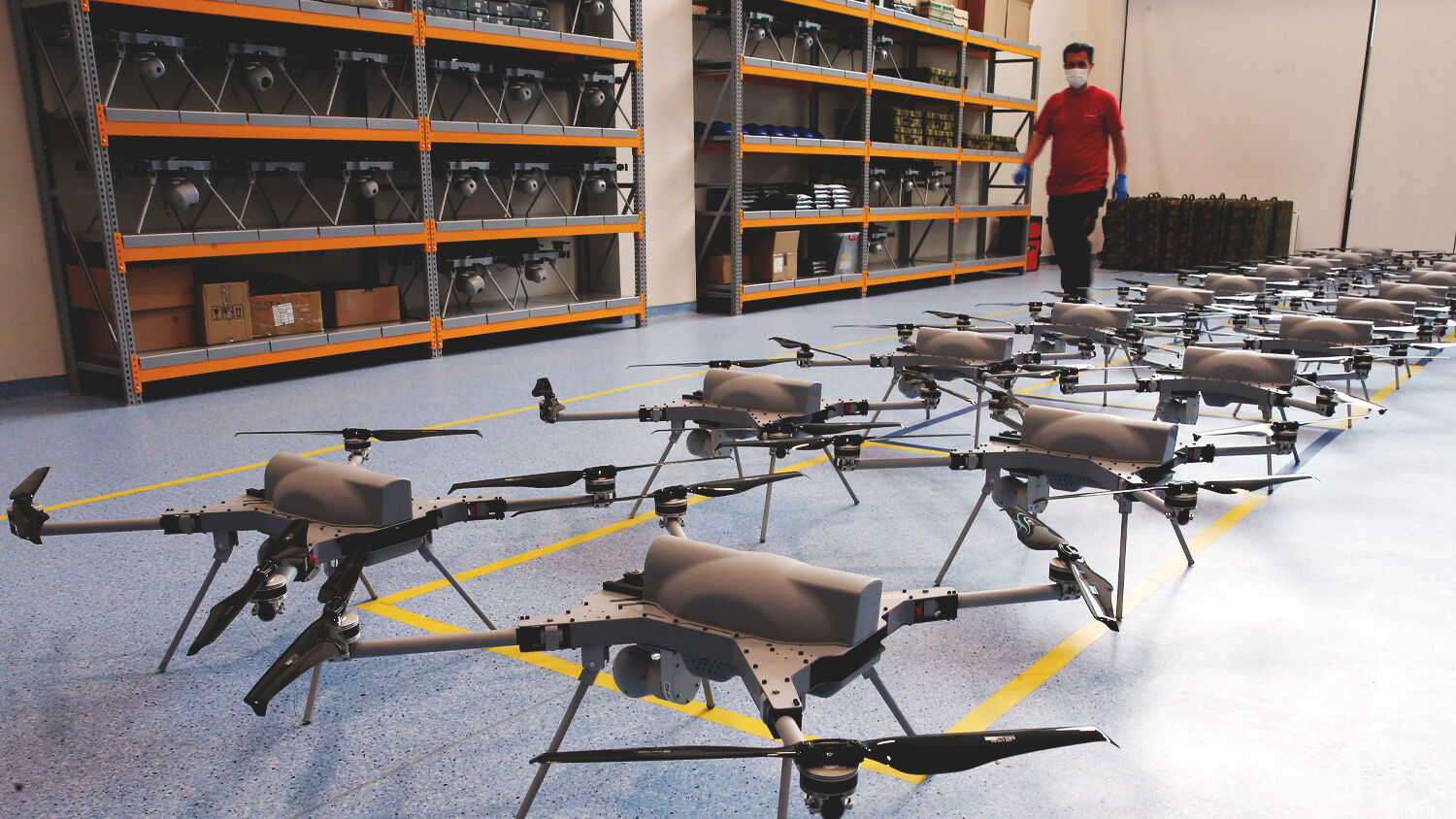 Sometime in 2020 the world reached an ominous first. A drone attacked a human target, with no human finger on the trigger.

I find the idea of a silent hunter, flown by a human pilot thousands of miles away, terrifying enough. But to hunt down people based simply on an algorithm is even worse.

And which major power created such fearsome technology? The United States? Russia? China?

The culprit was in fact Turkey. The drone in question was a Kargu-2 quadcopter, manufactured by stm. We live in a world where building automated killer robots is so easy, you don’t have to be a superpower, or even a First World nation to pull it off. The drone itself is relatively simple. Its main weapon is an explosive charge, which it detonates after launching itself at the victim in a kamikaze attack.

The attack was detailed in a United Nations Security Council report published on March 8, but it was only just noticed by the media. Turkey supplied the drones to the UN-backed Government of National Accord. They used them to hunt down the forces of Gen. Khalifa Haftar as he retreated from Tripoli.

If confirmed, it would represent “a new chapter in autonomous weapons; one in which they are used to fight and kill human beings based on artificial intelligence,” said Zachary Kallenborn of the National Consortium for the Study of Terrorism and Responses to Terrorism.

“The lethal autonomous weapons systems were programmed to attack targets without requiring data connectivity between the operator and the munition: in effect, a true ‘fire, forget and find’ capability,” states the report.

This milestone brings to mind the horrifying, futuristic weapons systems described in Revelation 9:3-5, 7-9. In these verses, the Apostle John reaches for animal analogies as he tries to come to terms with modern killing machines. None of these analogies seem to specify the use of unmanned drones, but they do make clear that our modern war-making technology will be used in ways that far surpass anything seen in World War ii. In some of the conflicts going on now around the world—like in Libya and the recent war between Armenia and Azerbaijan—we’re getting a glimpse into what the latest technology means for war. The use of modern weapons systems will only become more horrific.

Another story that caught my eye over the weekend came from China, where they’re building a new type of nuclear reactor—designed to help them build more nuclear bombs. Other stories question whether America really does spend more on its military than China.

This world is rapidly becoming a darker place. Nations will soon challenge America. The weapons being displayed now will be used on more familiar targets.

This is why we at the Trumpet focus on getting out our more religious-sounding message. I’m well aware that many of you probably visited the Trumpet or subscribed to this brief because of our news coverage. But as that coverage gets dark, the need for real hope becomes clearer.

Only the Bible provides that clear hope. The disturbing news stories from this weekend contrasted sharply with our flagship television program, The Key of David. The latest episode “The Universe Prophesies to Us” was full of man’s brilliant, shining future. Just a few weeks ago, “The Ultimate Plan of God” was, if anything, even more uplifting.

If you don’t already, I urge you to keep up with the 30-minute weekly program; it helps you put the most important news stories in context with what the Bible says. And most of all, it puts it in the context of God’s hope-filled plan for mankind. This week’s episode, “The Ultimate Plan of God,” is a great place to start. It’s what you need in a world where killer robots are now a reality.