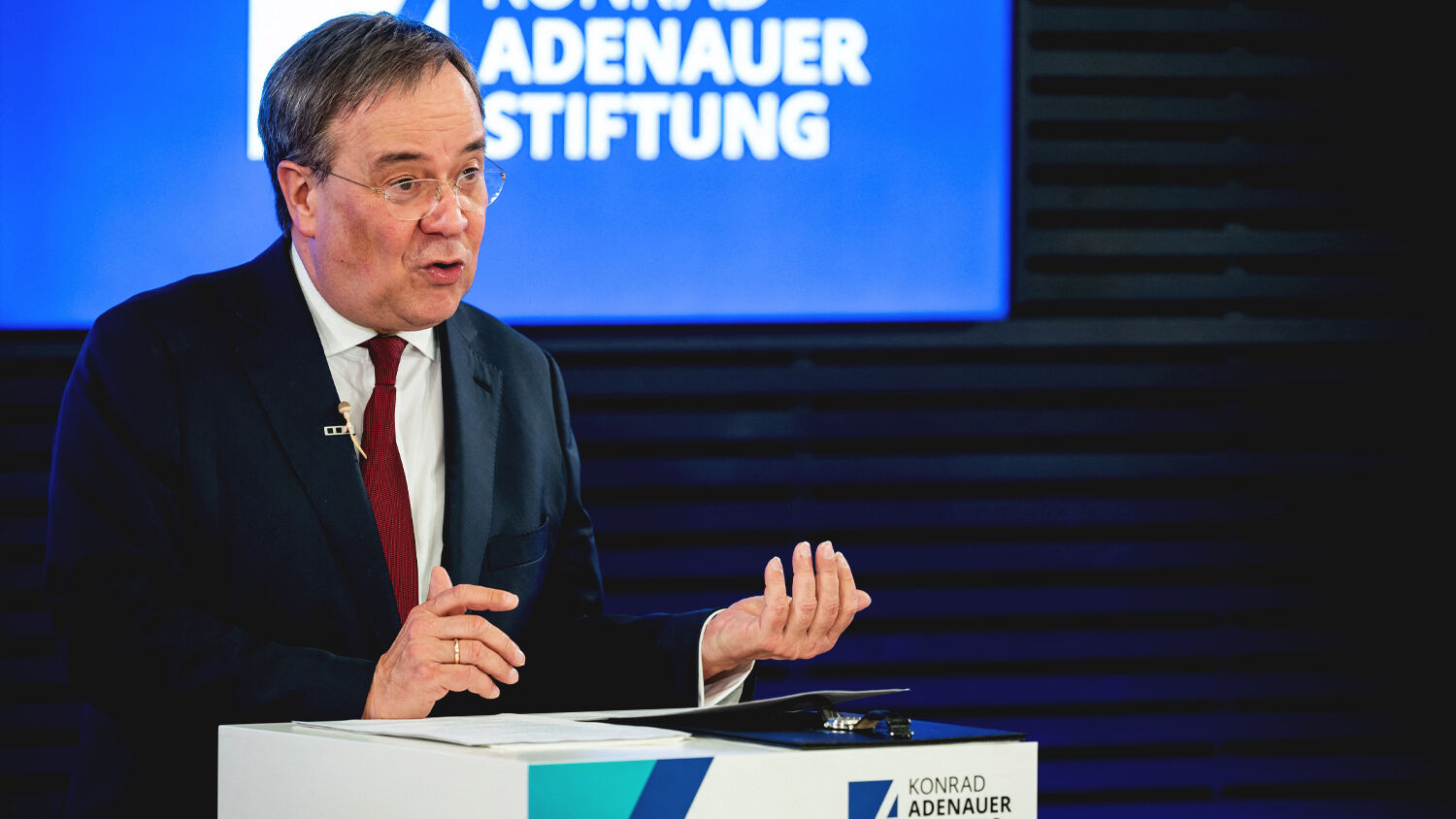 On May 19, German Christian Democratic Union leader Armin Laschet revealed his vision for “a core Europe.” In matters of foreign policy, he called for Europe to act together and deal with questions of armaments and military policy. The stage is already being set for his dreams to unfold. We are about to see the rise of an empire.

Laschet is in line to replace Chancellor Angela Merkel in the next election. But he wants to do more than just run Germany; he is looking to aid in the transformation of the European Union. It appears he recognizes that not all member states share his dream, as he calls only for “a core Europe” to lead the way.

Similarly to French President Emmanuel Macron, Laschet advocates for a much more sovereign Europe. The few states that lead the way could be integrated into the Aachen Treaty, which Germany and France signed on Jan. 22, 2019. Though the treaty isn’t as far-reaching as Macron had hoped, it still provides a basis for greater unity in the EU.

The agreement is also dear to Laschet. Aachen is not only Laschet’s birthplace but also served as the political capital of Charlemagne, whom Laschet greatly admires. Charlemagne laid the foundation for the Holy Roman Empire of the German Nation. Inspired by Charlemagne’s history, Laschet seeks to resurrect a political and military empire.

EU officials are already setting the stage for a transformed Europe. On June 7, 2017, the European Commission launched the European Defense Fund. Few at the time took note, but on January 1 this year, a budget of close to $10 billion was approved for the fund between 2021 and 2027.

The EU itself, however, doesn’t have an army that requires funding for payroll or equipment maintenance. The fund is used for the development and acquisition of new military equipment for EU nations, according to the European Defense Agency.

On March 22, the EU went a step further and established a European Peace Facility. This new financial instrument will cover the EU’s “external actions that have military or defense implications.” The budget for the peace facility amounts to another $6 billion for the period of 2021–2027. The stated goal is to “prevent conflict, preserve peace, and strengthen international stability and security.”

“Critics are asking why, if the EU’s mission is to promote peace, it wants to use public money to fund the supply of weapons to foreign armies,” the Guardian reported in “Hard Power: Europe’s Military Drift Causes Alarm.” “In the midst of the covid-19 pandemic these developments have slipped under the radar, but they represent a significant expansion in security policy with wide-ranging consequences.” Europe is flexing its military muscles by funding independent military research and equipping allies in the Middle East and other regions. “For the first time in the history of the European Union, we have budget lines with military components,” said Özlem Demirel, German member of European Parliament and vice chair of the security and defense subcommittee.

“Sometimes you need military means to establish peace,” said Belgian M.E.P. Hilde Vautmans. “A geopolitical Europe also needs the means to be able to have an impact.”

Europe is indeed changing. A core Europe with global military powers is forming. As the EU amasses centralized capabilities it is beginning to resemble an empire. The Bible warns of this exact scenario in Europe.

Daniel 2 prophesies that the last kingdom to govern this world prior to the return of Jesus Christ will be a mixture of miry clay and iron: “And as the toes of the feet were part of iron, and part of clay, so the kingdom shall be partly strong, and partly broken” (verse 42). This is a prophecy of 10 nations that will unite as a military superpower and rule the world for a short time. This superpower will be led by Germany. Due to European rivalries and mixtures of different peoples, the greatest weakness of this military power is its lack of unity.

Revelation 17:12-13 say: “And the ten horns which thou sawest are ten kings, which have received no kingdom as yet; but receive power as kings one hour with the beast. These have one mind, and shall give their power and strength unto the beast.” Concerning this prophecy, Trumpet editor in chief Gerald Flurry wrote: “This prophecy shows that the European Union, currently at 28 nations, will be pared down to 10 kings. Britain has already withdrawn from the EU. Others will follow or be kicked out. Verse 13 shows that these 10 kings will all have one mind—and it will be revolving around the German mind and the Holy Roman Empire mind.”

We are now seeing this prophesied empire forming before our eyes. More and more European leaders are pushing their agenda forward and willingly leaving others behind. The EU is amassing global military strength and independence from the United States. More European leaders are openly revering the tradition of the Holy Roman Empire. (Read our Trends article “Why the Trumpet Watches Europe’s Push Toward a Unified Military” to understand the military nature of this empire.)

For decades, the late Herbert W. Armstrong thundered these prophecies to the world. In our free booklet He Was Right, we note: “Throughout the 52-year lifespan of the Plain Truth, Herbert Armstrong and the writers that served on his editorial staff pointed to events that were leading to the inevitable rise of a European federation. Before World War ii, Mr. Armstrong predicted it. During the heat of the Battle of Britain, he continued to forecast it. And when Germany lay defeated, crushed to smoldering dust by the onslaught of the Allies, he continued to proclaim the future resurrection of Germany—never wavering from his prediction that it was destined to lead a European combine. Right up to his final sermon, delivered toward the close of 1985, Herbert Armstrong continued to powerfully prophesy of these events.”

Mr. Flurry has continued that legacy. What was once a forecast is soon going to be reality. The time to heed the Bible’s warning is running out.

Request your free copy of our book The Holy Roman Empire in Prophecy to learn how Europe’s history is prophesied to repeat itself one last time. Also request He Was Right to learn how the Bible foretold the events of the present time.