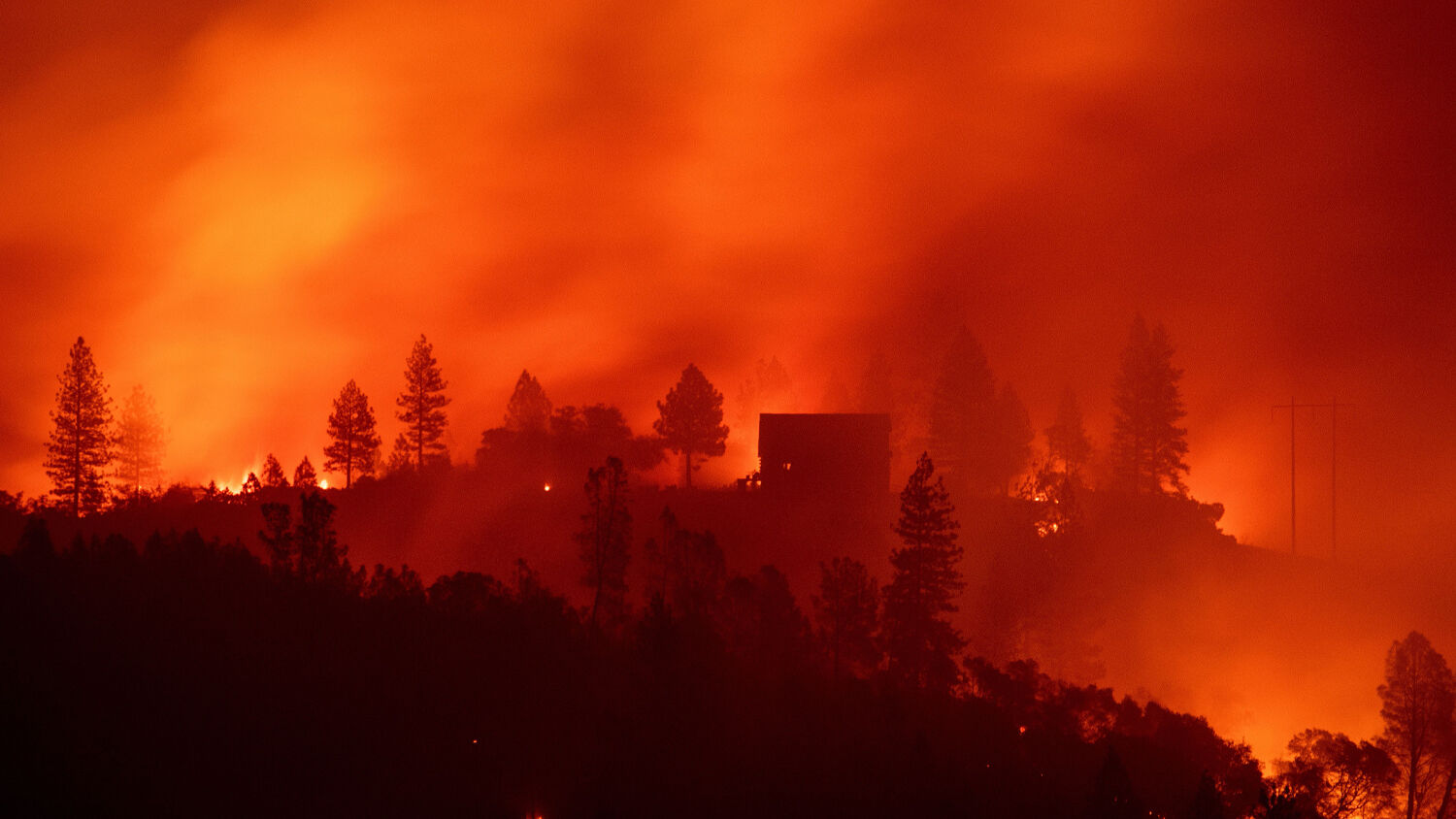 Fire burns near a home atop a ridge near Big Bend, California.
JOSH EDELSON/AFP/Getty Images

As state officials warn that this year could be the worst wildfire season California has ever seen, federal officials are deleting historical wildfire data in an underhanded attempt to connect California’s wildfires to global warming. Until recently, the National Interagency Fire Center maintained statistics going back to 1926 on annual wildfire counts and the number of acres burned in those wildfires. But now the agency only maintains statistics going back to 1983.

Why the sudden change? The answer is simple. “Data prior to 1983 show U.S. wildfires were far worse 100 years ago, both in frequency and total acreage burned,” wrote Anthony Watts in an article for Climate Realism. “By disappearing all data prior to 1983, which just happens to be the lowest point in the data set … now show a positive slope of worsening wildfire aligning with increased global temperature. This truncated data set is perfect for claiming ‘climate change is making wildfire[s] worse’ ….”

The original data shows that in the 1930s it was not unusual for 50 million acres of U.S. forest to burn down each year. But as states began clearing away underbrush, thinning out forests, and allowing prescribed burns, the number of acres consumed by wildfires began to decline until fewer than 10 million acres burned each year in the 1960s. It was not until misguided environmentalists stopped clearing out the underbrush that wildfires started becoming a big problem again.

When you delete the data prior to 1983, no one sees these trends. They just see that for the past 40 years, wildfires have been becoming more common as carbon dioxide levels rise, and come to the conclusion that they have to support the Biden administration’s Green New Deal if they want the fires to stop. And this blatant data manipulation is far from the only example of fraud in the climate change debate (please read our article “Greenhouse Apocalypse” for a detailed analysis of this subject).

The hypothesis of man-made climate change states that when human beings burn fossil fuels, the resulting carbon dioxide gases insulate the planet to an unnatural extent. This causes the planet to warm and the polar ice caps to melt. While few people deny that the planet seems to be about a degree and a half warmer than it was a century ago, the link between rising temperatures and rising carbon dioxide levels is not as straightforward as many politicians say.

Scientists from America’s National Oceanic and Atmospheric Administration (noaa) rushed to publish a paper denying this pause in global warming before world leaders met to sign the Paris Agreement in 2015. But Dr. John Bates recently revealed that noaa had to breach its own rules on scientific integrity to get this paper out in time. noaa failed to archive key pieces of data used in the paper, which means that its conclusions can never be verified.

Government-funded scientists are ignoring evidence that global warming does not correlate to carbon dioxide emissions, and has paused for much of the past two decades. They are also ignoring evidence that Earth has experienced higher temperatures than today—before carbon-emitting industries were even invented.

By ignoring this evidence, they are able to convince people that natural disasters are caused when people burn fossil fuels and the only way to stop these natural disasters from occurring is to sign the Paris climate agreement, vote for the Green New Deal, and turn control of the entire global economy over to a socialist central planning committee. But none of these solutions will solve California’s wildfire crisis, because this crisis is not caused by carbon dioxide. It is caused by a combination of improper forest management practices and the worst drought since the late 1500s.

And while the people deleting data at the National Interagency Fire Center would probably like you to think that the abnormally dry conditions in the Western United States are a result of man-made global warming, this assessment ignores data showing that droughts used to be worse before European settlers came to the New World.

An American Meteorological Society report titled “2,000 Years of Drought Variability in the Central United States,” by Connie Woodhouse and Jonathan Overpeck, states: “Historical documents, tree rings, archaeological remains, lake sediment and geomorphic data make it clear that the droughts of the 20th century, including those of the 1930s and 1950s, were eclipsed several times by droughts earlier in the last 2,000 years, and as recently as the late 16th century. In general, some droughts prior to 1600 appear to be characterized by longer duration (i.e., multidecadal) and greater spatial extent than those of the 20th century.” So it appears that a general greening trend began in North America shortly before the first British colonist arrived in Virginia and has continued until relatively recently.

So, the question is, why is this remarkable period of rain in due season ending?

Herbert W. Armstrong proved in The United States and Britain in Prophecy that the U.S. and Britain are descended from the ancient Israelites. He also described a detailed prophecy in Leviticus 26 where God said He would withhold promised blessings from Israel for 2,520 years if Israel defied His law. The Assyrian Empire enslaved the Israelites and carried them away captive in 718 b.c. Count forward 2,520 years and you arrive at 1803, the year President Thomas Jefferson purchased the Louisiana Territory and America started becoming a superpower. This astonishing prophecy helps explain the real reasons that Great Plains megadroughts ended in the 16th century: God was preparing to bless the descendants of ancient Israel by making America the undisputed breadbasket of the world.

Leviticus 26 also explains why megadroughts are coming back.

God told America’s Israelite ancestors that if they disobeyed His laws, then He would punish them. “And I will break the pride of your power; and I will make your heaven as iron, and your earth as brass: And your strength shall be spent in vain: for your land shall not yield her increase, neither shall the trees of the land yield their fruits” (Leviticus 26:19-20).

These verses reveal a time when the sky will hold as much moisture as a sheet of iron; and the soil will hold as much moisture as a plate of brass (Joel 1:10-16; Amos 4:7; Matthew 24:7). The fact that much of America is suffering from drought is a wake-up call from God, yet U.S. leaders are doing all they can to convince people that drought, storms and other natural disasters are caused by carbon dioxide.

“The idea that carbon emissions cause storms is the antithesis of what God says,” editor in chief Gerald Flurry wrote in “The Deadly Climate Change Deception.” “[I]n Amos 4:7, God says, ‘And also I have withholden the rain from you, when there were yet three months to the harvest: and I caused it to rain upon one city, and caused it not to rain upon another city: one piece was rained upon, and the piece whereupon it rained not withered.’ Here God is controlling the rainfall, causing floods and droughts! Why would He do that? Verse 8 answers: ‘So two or three cities wandered unto one city, to drink water; but they were not satisfied: yet have ye not returned unto me, saith the Lord.’ God causes these conditions as punishment for pushing Him out of our lives. These are prophecies for the near future.”

So all the evidence shows that if everyone in America would look to God, the plagues would stop.