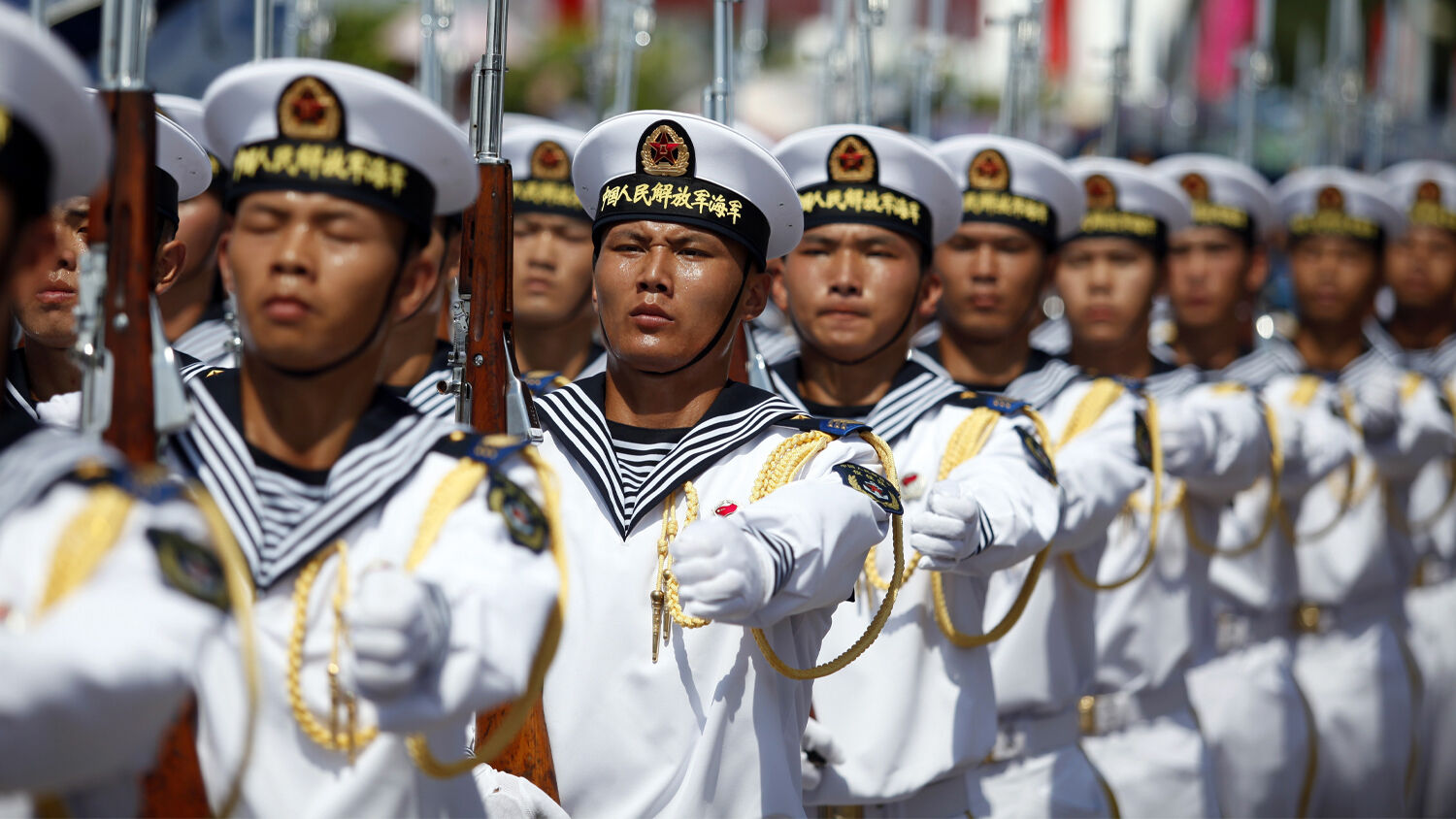 ‘Beijing intends to dominate the U.S. and the rest of the planet economically, militarily and technologically.’

The Chinese Navy is armed with nuclear-capable missiles able to hit the entire American continent. In celebration of its 72nd anniversary on April 23, the People’s Liberation Army Navy (plan) showcased submarines that can each carry 16 of these weapons.

China first tested these submarine-launched ballistic missiles in November 2018. Known as JL-3, or Julang 3 (“Big Wave”), this upgraded missile has a range greater than 6,200 miles. The Navy has four Type 094 submarines that can carry 12 JL-3s. Two Type 094A submarines joined the Navy last year during the 71st anniversary celebration; these submarines have enhanced radar and sonar technology and can carry 16 missiles.

A military expert, who requested anonymity, told South China Morning Post, “Before the upgrade, the submarine was armed with the inferior JL-2 that could only hit the northeast United States, but now it’s able to cover the whole American continent.”

China already had the JL-2 missile, capable of carrying either a single warhead 67 times more destructive than the bomb dropped on Hiroshima, or three to eight mirvs, which are smaller nuclear warheads able to hit different targets. The range of these JL-2 missiles is 4,500 miles. In order to target the U.S. with the JL-2, the Type 094 submarine would have to push past the First Island Chain, a series of islands in the Chinese periphery that are home to a line of U.S. military bases.

The JL-3 has the same capabilities of the JL-2, but its increased range enables Chinese submarines to hit the American continent without straying far from China’s coastline.

Director of National Intelligence John Ratcliffe warned that “the People’s Republic of China poses the greatest threat to America today, and the greatest threat to democracy and freedom worldwide since World War ii. … Beijing intends to dominate the U.S. and the rest of the planet economically, militarily and technologically” (Dec. 3, 2020).

The Trumpet has been watching and warning about the threat from China for years. In our February article “Wake Up to the Threat From China,” we explained that the most significant aspect of the rising Chinese threat is that it is leading to the fulfillment of Bible prophecies:

That this nation would aggressively target the world’s dominant superpower should not surprise us. But the extent of its success, and the fact that America has not only allowed it but seems unconcerned, is appalling. In fact, viewed in the context of biblical prophecy, it is a potent symbol of nothing less than a historic global shift occurring before our eyes: the end of the Anglo-American era, and the beginning of a short, dark period that will mark the final years of the age of man. …

With America’s dominance ending, the world is entering what Jesus Christ called “the times of the Gentiles” (Luke 21:24). This is a dark, violent period when non-Israelite nations rule the world.

To understand the specifics of how China’s aggression fulfills Bible prophecy, read Trumpet editor in chief Gerald Flurry’s analysis from five years ago, “China Is Steering the World Toward War,” and watch his March 2018 Key of David program “The Times of the Gentiles.”