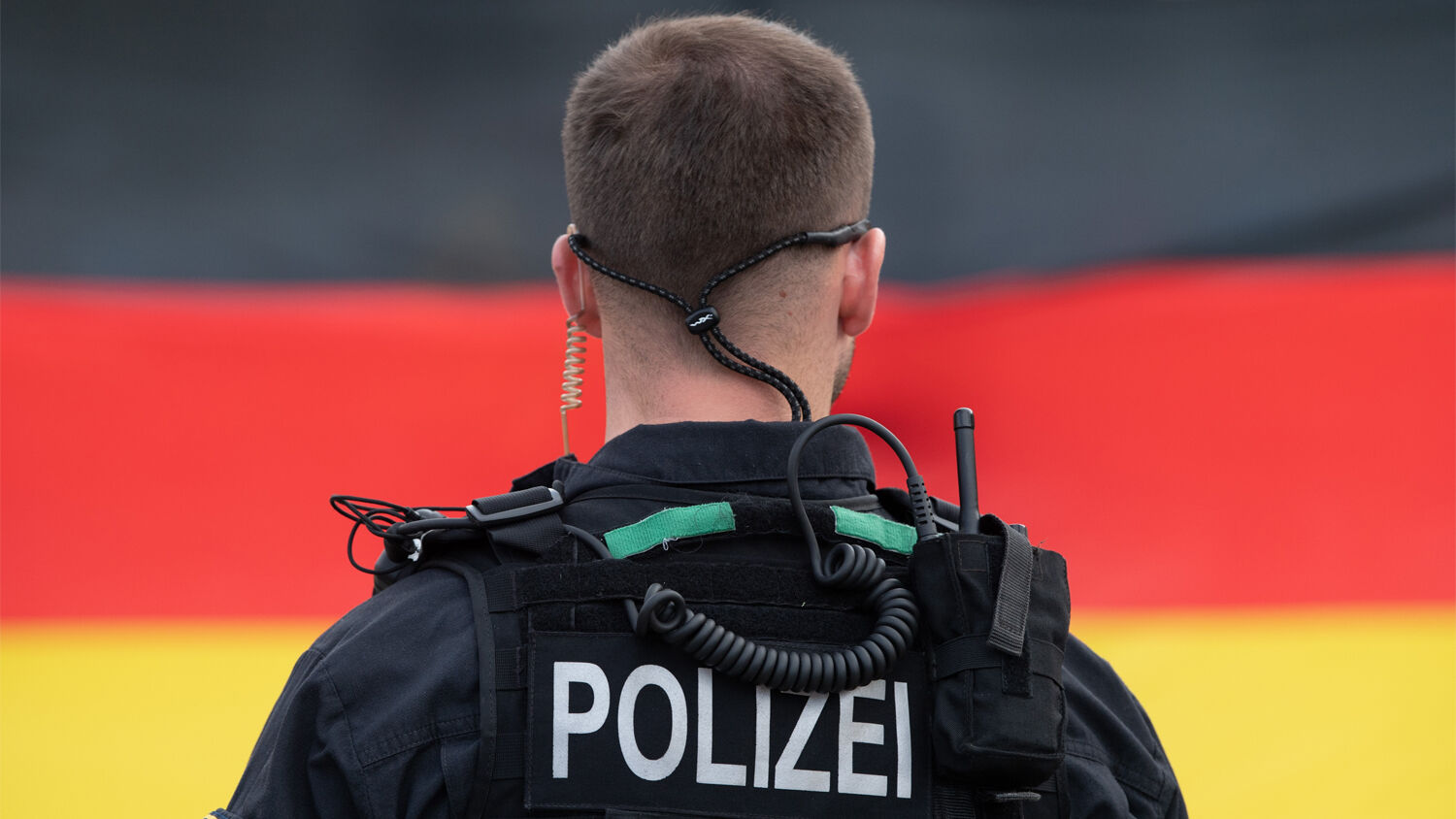 A policeman stands in front of a German flag at a rally of the anti-Islamic and xenophobic pegida movement on June 15 2020, in Saxony, Dresden.
Sebastian Kahnert/picture alliance/Getty Images

The coronavirus is far from being Europe’s only concern.

According to Federal Interior Minister Horst Seehofer, the police reported 8.5 percent more crimes in 2020 than 2019. The number of right wing-motivated acts of violence rose by 10.8 percent to 1,092. “There are clear tendencies toward brutalization in our country,” Seehofer said on May 4 (Trumpet translation throughout). Seehofer believes that right-wing extremism is the “greatest threat to security” in Germany.

Seehofer reported that in 2020, 11 people were killed in politically motivated crime; an additional 13 attempted homicides were registered.

The coronavirus crisis has made the situation worse. Protests against the government’s lockdown measures have incited more violence. Seehofer noted that security authorities consider it problematic that alliances between normal citizens, conspiracy believers, opponents of vaccination, so-called Reich citizens and other extremists are forming in response to coronavirus restrictions.

Just days after the report’s release, the Office for the Protection of the Constitution in Saxony announced on May 7 that the alleged anti-asylum and xenophobic pegida movement (Patriotic Europeans Against the Islamization of the West) would be monitored and labeled extremist.

Facing the rise of extremists and threats to its own authority, the German government is deploying more and more extreme measures. The situation in Germany is tense. The Bible reveals where it will lead.

The Bible not only warns of rising extremist sentiments in Europe but also of Europe’s drift toward dictatorial rule. “And in the latter time of their kingdom, when the transgressors are come to the full, a king of fierce countenance, and understanding dark sentences, shall stand up. And his power shall be mighty, but not by his own power: and he shall destroy wonderfully, and shall prosper, and practise, and shall destroy the mighty and the holy people” (Daniel 8:23-24).

At the time of great upheaval and uncertainty a strong leader is prophesied to rise. He will encapsulate the sentiments of the far right and far left and rule with an iron fist.

The prophecies in the book of Daniel are for the end time, the time we are living in now (Daniel 12:4, 9). The context of Daniel 8 shows that this prophecy is yet to be fulfilled. A parallel prophecy in Daniel 11:21 reads: “And in his estate shall stand up a vile person, to whom they shall not give the honour of the kingdom: but he shall come in peaceably, and obtain the kingdom by flatteries.”

The Bible warns of a king who will come to power in Europe, not by the normal democratic means but “by flatteries.” In “Germany—A New King Is Imminent,” Trumpet editor in chief Gerald Flurry wrote: “Current conditions in Europe, including the refugee crisis and the turmoil in German politics, provide probably one of the greatest opportunities ever for a new leader to come into power ‘by flatteries.’”

The refugee crisis has changed Germany. The coronavirus crisis is fanning the flames. People are demanding drastically different leadership. We are entering the time where only strongmen will be able to sustain their rule. To learn more about what is ahead for Europe, request a free copy of A Strong German Leader Is Imminent and read “Coronavirus and the Holy Roman Empire,” by Gerald Flurry.