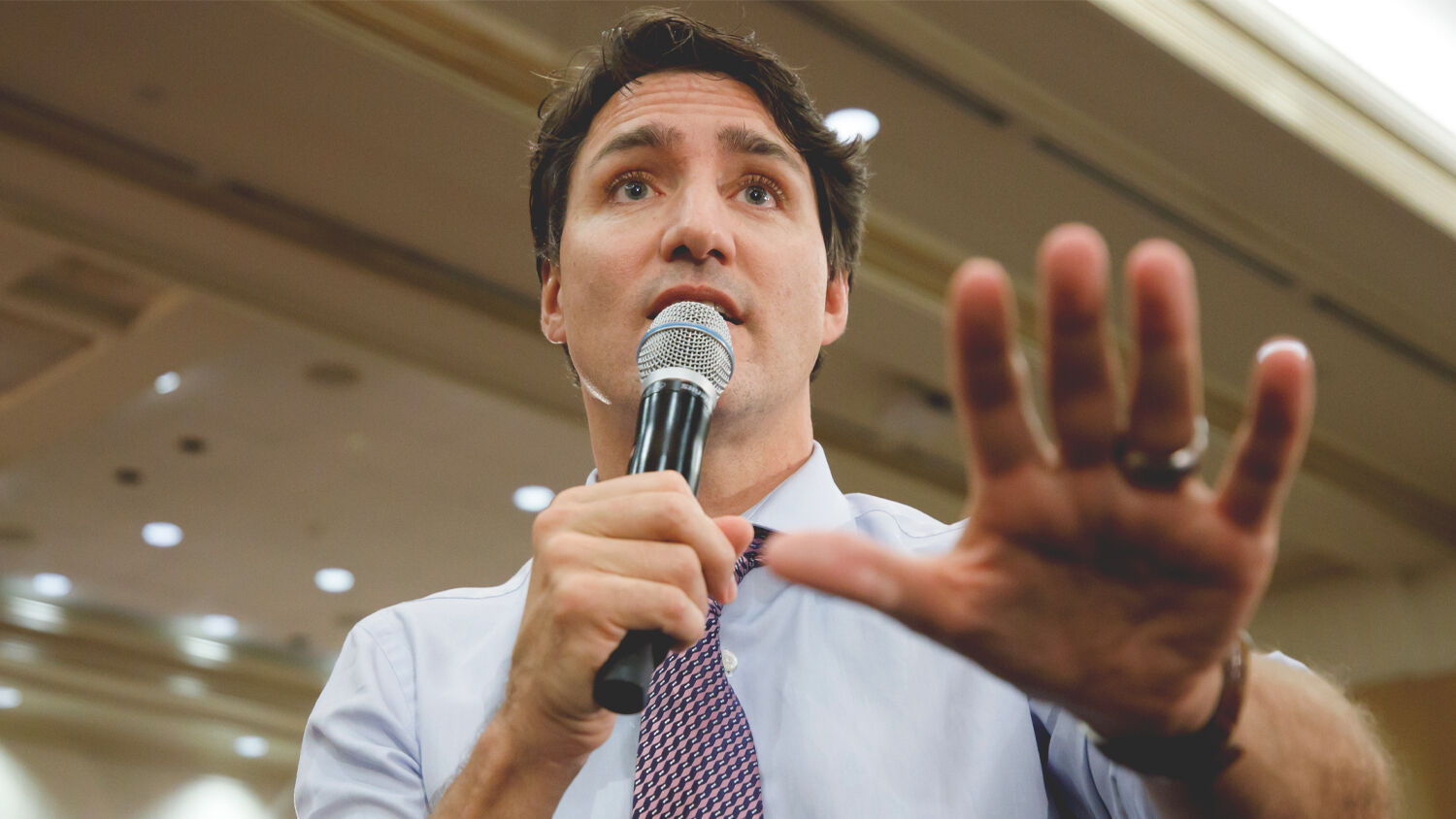 Freedom of expression now has ‘limits.’

Canadian Heritage Minister Stephen Guilbeault tabled Bill C-10 in November 2020, a law aimed at protecting citizens from “online harms.” Since that time, however, it has become clear that the bill threatens to do more harm than good for freedom of expression in Canada.

“The great Canadian Internet firewall,” as prominent Canadian law professor Michael Geist called Bill C-10, affects virtually any individual or organization that posts videos or audio online. It has drawn criticism from many directions: independent lawyers, conservative and some mainstream media, and numerous politicians of the opposing party, not to mention ordinary Canadian citizens.

The law would mandate that content deemed as dangerous or harmful be taken down within 24 hours. If the media platform or individual refuses to comply, a fine could be issued. According to parliamentary news site Blacklock’s Reporter, this might reach up to $15 million.

Geist labeled the current Liberal government as “the most anti-Internet government in Canadian history” and “one of the most comprehensive peacetime attempts to redefine free expression in Canada.”

Asked about the balance between free speech and protecting citizens from misinformation, Guilbeault told a National Post reporter during a video conference on March 31 that “freedom of speech doesn’t mean you can say anything to anyone. There are limits.” This comment echoes a statement by Prime Minister Justin Trudeau made in a different context in October 2020, when he stated that “freedom of expression is not without limits.”

Under the section “Fundamental Freedoms,” the Canadian Charter of Rights and Freedoms states, “Everyone has the following fundamental freedom … (b) freedom of thought, belief, opinion and expression, including freedom of the press and other media of communication ….” However, there is now common agreement that this passage implies “limits.”

“Guilbeault’s vision is to require Internet providers to install blocking capabilities, create new regulators and content adjudicators to issue blocking orders, dispense with net neutrality, and build a Canadian Internet firewall,” wrote Geist on his website. He told the National Post that “in a free, democratic society we don’t subject basic speech to regulation in this way ….” However, even Geist conceded that “there are limits to what people can say.”

Bill C-10 allows unelected government officials to determine where exactly those “limits” are.

In that same March 31 conference, Guilbeault called for the creation of an “e-tribunal” to decide how to punish those who violate the law, stating that it would be a “lighter” version of a court, without the involvement of lawyers. “The approach trades due process for speed, effectively reducing independent oversight and incentivizing content removal by Internet platforms,” explained Geist.

Another critic of the bill is Peter Menzies, former commissioner of the Canadian Radio-Television and Telecommunications Commission (crtc). The crtc is not a democratically elected body. Rather, it is an appointed commission. Bill C-10 would task the crtc with identifying violators of the law. This makes the process opaque and deeply connected to the government. Menzies called Bill C-10 a “full-blown assault” against “the foundations of democracy.”

Social media could also be heavily regulated under the new law.

Section 4.1 of the bill was intended to prevent individual opinions on social media being censored. On March 8, Guilbeault stated clearly in the House of Commons that he was “not interested in user-generated content” when it comes to regulating what people say. “We are interested in what broadcasters are doing,” he said.

However, all this changed during a meeting on April 23. With Guilbeault’s backing, parliamentary secretary Julie Dabrusin introduced a motion to completely remove Section 4.1. It was then struck from the bill. Dabrusin also succeeded in shutting down a Conservative Party motion to have the deletion reviewed.

Even if individuals are not handed hefty fines, the deletion of Section 4.1 will force social media platforms to take down offending posts.

News articles could also fall within the cross hairs of Bill C-10. The text states that any “sounds or visual images, or a combination of sounds and visual images, that are intended to inform, enlighten or entertain” constitute a “program” that would be subject to the new rules. “Those entities—including video news sites—will be required to register with the crtc, likely be required to provide confidential business information, and potentially required to meet discoverability requirements to make Canadian content more visible,” explained Geist.

There is a lot of terrible content online that is doing huge damage to our societies. But the radical left running so many countries around the world isn’t going to fix that problem—they’ll use it only to cement their own power.

What Canada’s government is proposing is not new. This trend is gaining popularity around the world. How long before the “limits” of free speech begin to affect you personally?

Many like the Trumpet’s message and agree with our position on a variety of issues. However, many do not realize that their time to respond and act on God’s message is indeed limited.

The biblical book of Amos contains many crucial prophecies on which the Trumpet bases its forecasts. One of them is found in Amos 8:11: “Behold, the days come, saith the Lord God, that I will send a famine in the land, not a famine of bread, nor a thirst for water, but of hearing the words of the Lord.”

This is describing a time when God’s message will no longer be available. Why? There will come a point where “the land is not able to bear all his words” (Amos 7:10). God’s message will be rejected. God’s people will have to flee to a place of safety (Revelation 12:14). This will occur right before the world enters the worst time of suffering ever (Matthew 24:21-22). The Bible makes clear that those who do not respond to God’s warning message before that time will not be able to escape these events.

Consider what Trumpet editor in chief Gerald Flurry wrote in The Lion Has Roared, our free booklet on Amos:

Soon, people will not be able to find any of these booklets. They won’t be able to find any spiritual food! People will be crying out for someone to “drop” God’s word—His revealed prophecies. But then it will be too late physically. God’s very elect will be in a place of safety. Those who paid attention are going to realize what they didn’t do and what they should have done. God’s word will cease being preached (except by the two witnesses). All of God’s people will then know which church Christ was leading.

How can you avoid ending up in the category of those who fail to act until it’s too late? As government censorship and opposition to God’s message increases around the world, this question becomes more urgent. To find out how to act on God’s message while there is still time, request our free booklet The Lion Has Roared, by Gerald Flurry.