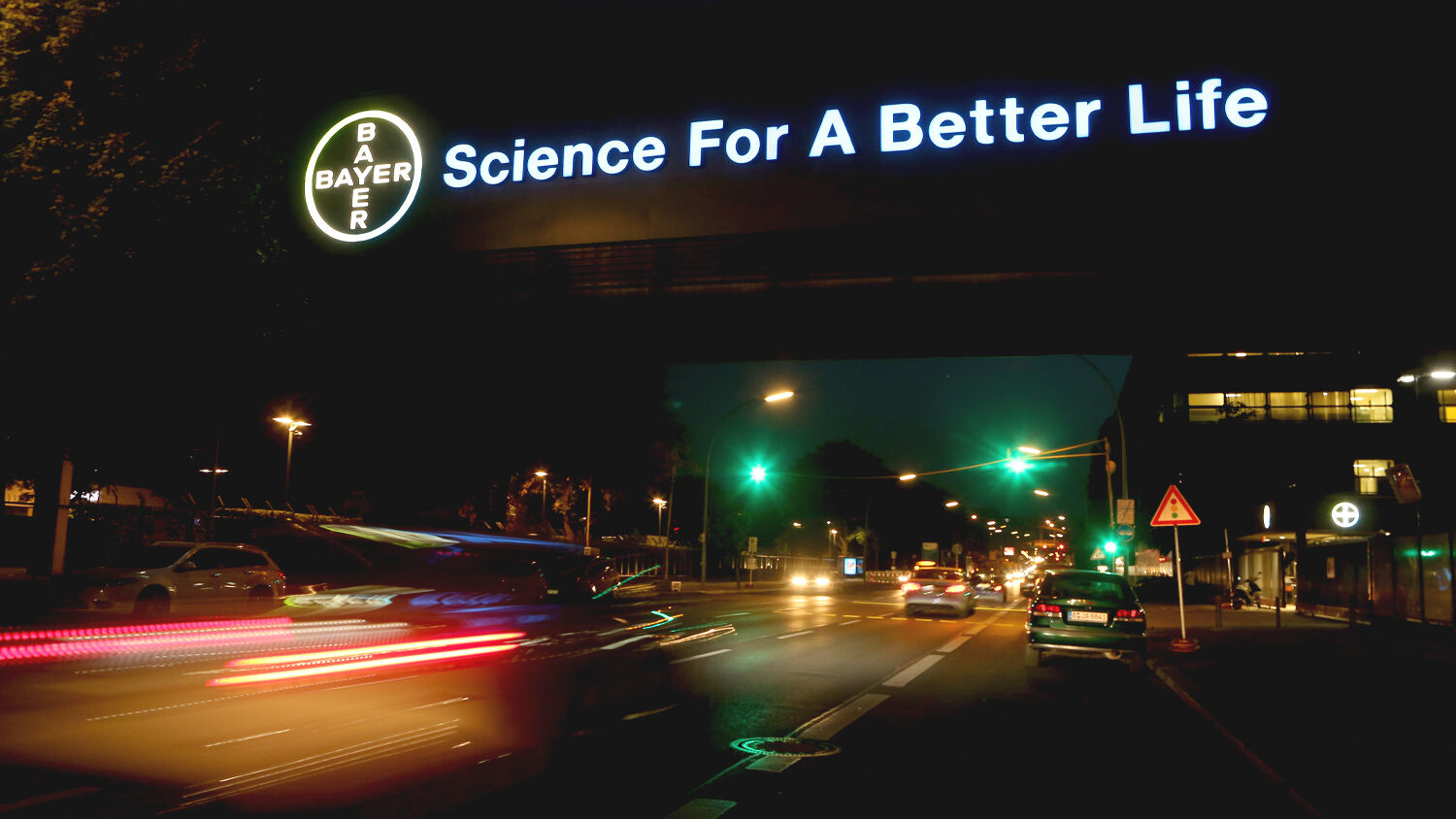 From a financial standpoint, the decision was an absolute disaster. But perhaps a more sinister purpose was behind the purchase.

For many in the United States, Monsanto is a household name. The chemical giant and largest seed producer in the U.S. has been accused of stamping out competition, suppressing small farmers, and endangering the health of millions of people. In 2016, however, the German agrochemical and pharmaceutical giant Bayer took over Monsanto and is now largely responsible for American crops. The decision was considered a financial disaster. What motivated Bayer’s decision?

Bayer used Monsanto’s declining profits and financial woes as an opportunity to make an offer that Monsanto’s leadership could not turn down.

“Bayer recently succeeded in a $66 billion takeover bid of Monsanto—the biggest deal this year,” the International Institute for Sustainable Development noted in 2016 in “Bayer Tightens Control Over the World’s Food Supply.” “While the public wants competitive prices, innovation and choice, these mergers block all three.” Through the merger, “Bayer is now expected to control 29 percent of the global seed market and 24 percent of the global pesticide market.”

When Monsanto sells seeds to farmers, they are required to sign an agreement to not save or replant seeds purchased from Monsanto. Given Monsanto’s market dominance, many farmers have had no choice but to depend completely on Monsanto for everything from seed selection to pesticides. This monopoly has long been criticized.

Millions of lives are dependent on the management of one single company.

Bayer spent a lot of money to increase its influence but not its profit. Monsanto has been plagued by operational problems. Even worse, Bayer is now involved in thousands of lawsuits over Monsanto’s allegedly carcinogenic weed killer glyphosate. In addition to the billions spent in taking over Monsanto, Bayer is now paying billions more to keep the company alive and pay victims of Monsanto’s policies.

“Bayer, once such a proud company, is now only a shadow of its former self,” criticized Ingo Speich, head of Corporate Governance & Sustainability at Deka Investment. “The year 2020 has impressively shown that the purchase of Monsanto was a wrong decision” (Trumpet translation throughout).

Agrochemical companies have a huge responsibility toward farmers and the general population. Monsanto is said to have neglected that responsibility and Bayer is now paying for it. How it all unfolded gives us frightening insight into how negligence and greed can cause the death of many. But it also reveals how a foreign entity may use food supply as a weapon in future wars.

It has been estimated that more than a third of all crops produced in the U.S. each year are destroyed by agricultural pests. One responsibility Monsanto had was to produce pesticides to combat the problem. Over the past half century, the amount of pesticides used has increased fourfold as nature grows more and more resilient to them. Pesticides are promoted as the solution, but they come with their own problems.

Pesticides do not always stay in the location they are applied due to wind, water and other factors. As they come into contact with other organisms, they can cause the destruction of crops and harm human life. Human exposure to pesticides can cause poisonings and cancer. Between 20,000 and 40,000 people worldwide die each year due to pesticides. Agrochemical companies have to weigh the benefit of their products against potential risks.

It’s apparent that Monsanto ignored the risks. The Guardian noted in 2020: “The U.S. agriculture giant Monsanto and the German chemical giant basf were aware for years that their plan to introduce a new agricultural seed and chemical system would probably lead to damage on many U.S. farms, internal documents seen by the Guardian show.”

This was meant to ensure that the weeds, and not the crops, would die.

Though Dicamba has been used since the 1960s, it was traditionally used only in small amounts because of how it spread. The two companies promised to create a new Dicamba formula that would not spread. However, a 2009 report prepared for Monsanto indicates that the company knew that “off-target movement” was expected and would result in “crop loss,” “lawsuits” and “negative press around pesticides.”

Monsanto’s greed risked the lives of many—and exposed how vulnerable America’s farmlands are.

Many nations have pledged not to use biological, herbicidal or chemical warfare. But agrochemical companies employ many experts who could turn on a dime and develop pesticides or biological agents that destroy entire crops instead of protecting plants from weeds, fungi or insects.

If foreign entities know what crops U.S. farmer’s use, know their exact genetic makeup, know what pests they are resilient to and what could harm them, developing a bioweapon that destroys America’s food supply would be simple.

In herbicidal warfare, substances are used to destroy plant-based ecosystems. An agrochemical company can provide the necessary knowledge for this. The chemicals used in pesticides also overlap with those used in chemical warfare.

There are many methods that a foreign entity could deploy. The result of all of them would be large-scale crop failure.

Imagine if a foreign entity were placed in control of a nation’s agrochemical companies. If this foreign entity, at any point, were to turn hostile toward the other nation, it could cause great damage. Millions could be killed.

A Nation of Fierce Countenance

The Bible repeatedly warns of a coming famine to strike the modern descendants of Israel, primarily the U.S. and Britain. (Read The United States and Britain in Prophecy for a detailed explanation of Israel’s identity.) The nations that have been given such abundance and prosperity are soon to suffer the most devastating famine this world has ever seen.

Notice that this siege and the consequent devastating famine will be caused by “a nation of fierce countenance.”

Another prophecy in Jeremiah 21 specifies who perpetrates this devastation: “He that abideth in this city shall die by the sword, and by the famine, and by the pestilence: but he that goeth out, and falleth to the Chaldeans that besiege you, he shall live, and his life shall be unto him for a prey” (verse 9). The “Chaldeans” will be the main force behind this siege and famine. Anyone who has followed the work of the late Herbert W. Armstrong closely knows who this is referring to. In The United States and Britain in Prophecy, Mr. Armstrong explained that the Chaldeans refer to modern-day Germany. (You can also request Germany and the Holy Roman Empire for more information.)

Bayer’s origin is worth noting. Bayer was once part of the conglomerate IG Farben, which cooperated with the Nazi regime, enabling its crimes and advances in science. After the war, the Allied forces divided the organization into four separate companies: Bayer, basf, Hoechst and Cassella.

If you consider this history, basf’s deadly cooperation with Monsanto should be carefully scrutinized and Bayer’s takeover of its U.S. competitor should have never happened.

So, again, why did Bayer AG take over Monsanto?

Perhaps it had to do with what Adolf Hitler said in Nov. 9, 1943: “However long this war lasts we shall never capitulate. We shall not give in at the 11th hour. We shall go on fighting past even after 12 o’clock.”

Twelve o’clock struck in 1945 when Germany was defeated. But the Nazi underground movement never capitulated.

Although taking over Monsanto was a disaster for Bayer financially, the power it received to potentially harm America’s farmlands is enormous.

Bayer, today, claims to be a force for good. But what could such a global company do when allied with an evil state actor? While we can’t answer the title’s question with absolute certainty, the implications of the takeover along with Bible prophecy are most concerning. In “The Coronavirus, Bioweapons and the Pale Horse,” I present even more concerning indications that German companies are engaged in an evil plot against America. Although Trumpet editor in chief Gerald Flurry explained in “America Is Being Besieged Economically” that the siege against America will ultimately be economic in nature, economic siege alone will not result in large-scale starvation and crop failure.

To gain an in-depth understanding of what is prophesied to happen to our nations and the ultimate hope that will result, order your free copy of The United States and Britain in Prophecy, by Herbert W. Armstrong.