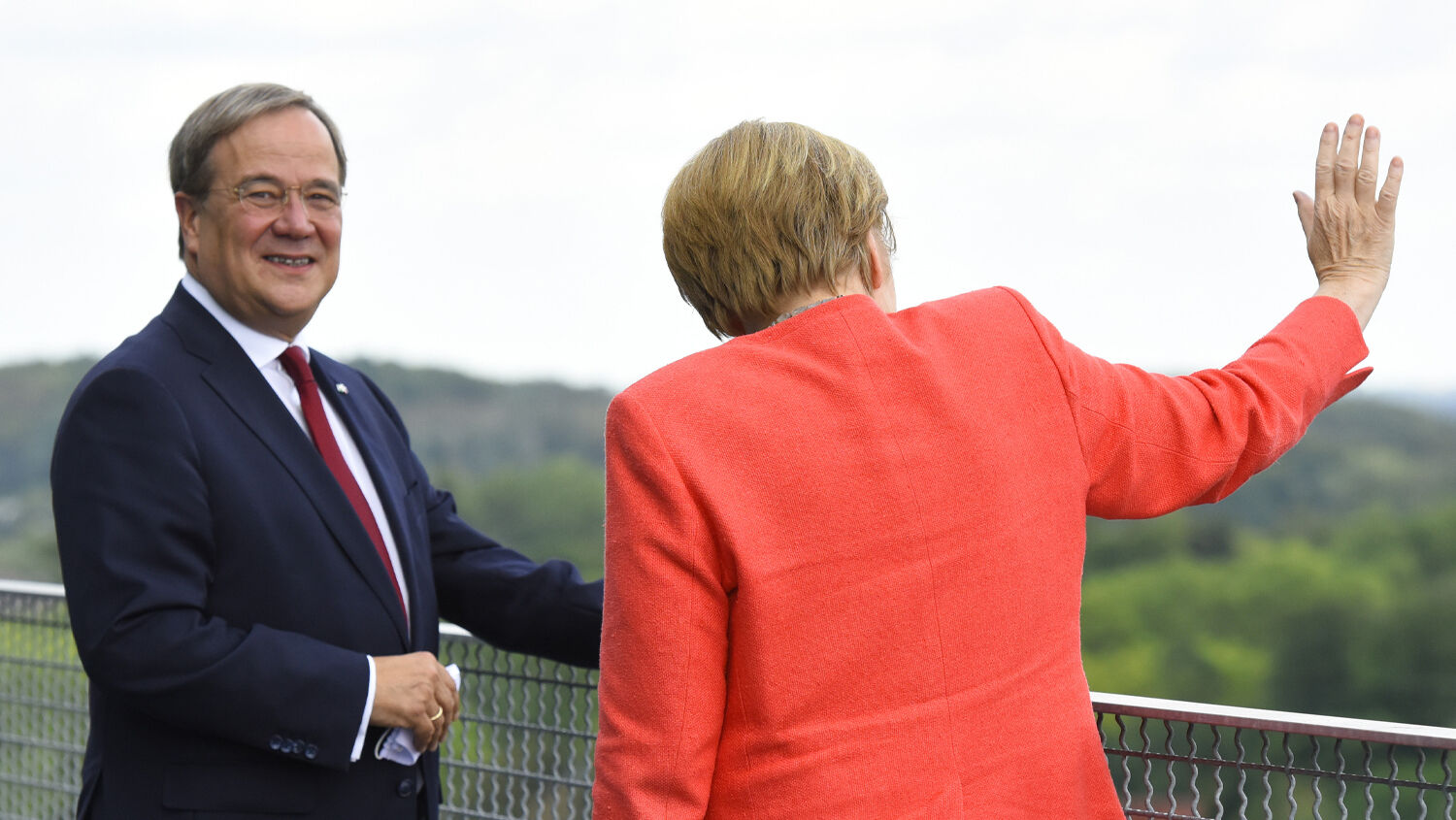 Germany will vote for a new chancellor on September 26. Angela Merkel has ruled for 16 years, and she is retiring. Who will replace her? Nobody can predict what will happen.

Previous elections in Germany have been similar to the United States: a main left-wing and right-wing party, but with a few smaller parties serving as coalition partners, usually providing the extra 5 percent or so that the main parties need to govern with a majority.

That is over. All the major parties are failing, and their leaders are unpopular. Several of the “minor” parties are now major parties. In April, a key poll put the Green Party in first place. There’s a real prospect of a Green chancellor. The Greens could do a deal with the right-wing Christian Democratic Union (CDU), Merkel’s party, but they might also do a deal with the Left party (the successor to East Germany’s Communists) and the Social Democrats, pulling the government to the hard left.

This is shaping up to be the most interesting German election in a generation. Bible prophecy shows why you need to watch closely. “This is the stuff of nightmares for the German establishment,” wrote Ambrose Evans-Pritchard.

Angela Merkel’s party, the CDU, is in free fall. They selected Armin Laschet as their candidate for Ms. Merkel’s replacement. The leaders of the party like him. The public does not. A recent poll found that 77 percent of CDU members thought their party had chosen the wrong man.

“Never has a candidate entered a general election for the CDU so torn and disheveled,” wrote Der Spiegel magazine. “The weather is ugly,” one party insider told Bild. “I’ve never seen anything like it before. Not in the refugee crisis or in the euro crisis.” Bild published a letter from a longtime member who was quitting the party.

It’s so bad that the Christian Social Union (CSU), which has been in a political marriage with the CDU that has lasted for 70 years, is considering divorce. Typically, the CSU runs in Bavaria, and the CDU runs everywhere else. The sister parties work together at the federal level, and unite behind a single candidate for chancellor.

A recent poll showed that if the CSU ditched the CDU and went nationwide alone, it would be Germany’s most popular party. In fact, the CSU alone would be more popular than the CDU-CSU union is right now.

German politics are changing fast. “The Germany that most of us have known all our lives is about to change in radical and unpredictable ways,” wrote Evans-Pritchard.

Germans are weary of weak leadership. They are desperate for a change. Many are looking for a strongman! They want someone with brawn and backbone to rise up and lead the nation—and Europe—out of this malaise.

This is critically important. A new strong German leader is one of the key Bible prophecies for the end time. Herbert W. Armstrong warned for decades about the arrival of such a leader. European nations are becoming “distrustful of America and thinking more and more about uniting themselves into a united states of Europe,” he wrote in March 1950. To do that though, they need a “new supreme leader—the successor of Adolf Hitler—to rise up and assert himself and take command.”

I have been continuing this same warning since the Trumpet magazine’s earliest issues. “If a real crisis develops, will the Germans call for a new führer?” I asked in the December 1991 issue. “Your Bible says that is going to happen! That crisis will probably be triggered by an economic collapse in the U.S.”

The change in Germany could soon provide an opening for such a man. Mr. Armstrong believed the CSU could provide that strong leader, and I have long said the same thing. This party’s newfound popularity could help that happen.

However events turn out in Germany in the short term, you need to know where Europe is heading. A great place to start learning about that is my recent Key of David program. It gives you an overview of what the Bible prophesies for Europe, how it will soon change, and how it will affect you.

If you prefer something in print, our free booklet A Strong German Leader Is Imminent takes you through the Bible prophecies that informed Mr. Armstrong. It will show you what Bible prophecy says about this strongman, and why he is so central to end-time events. It will help you prove for yourself that your Bible talks about such a man. You can read that online or order your own free print copy here.