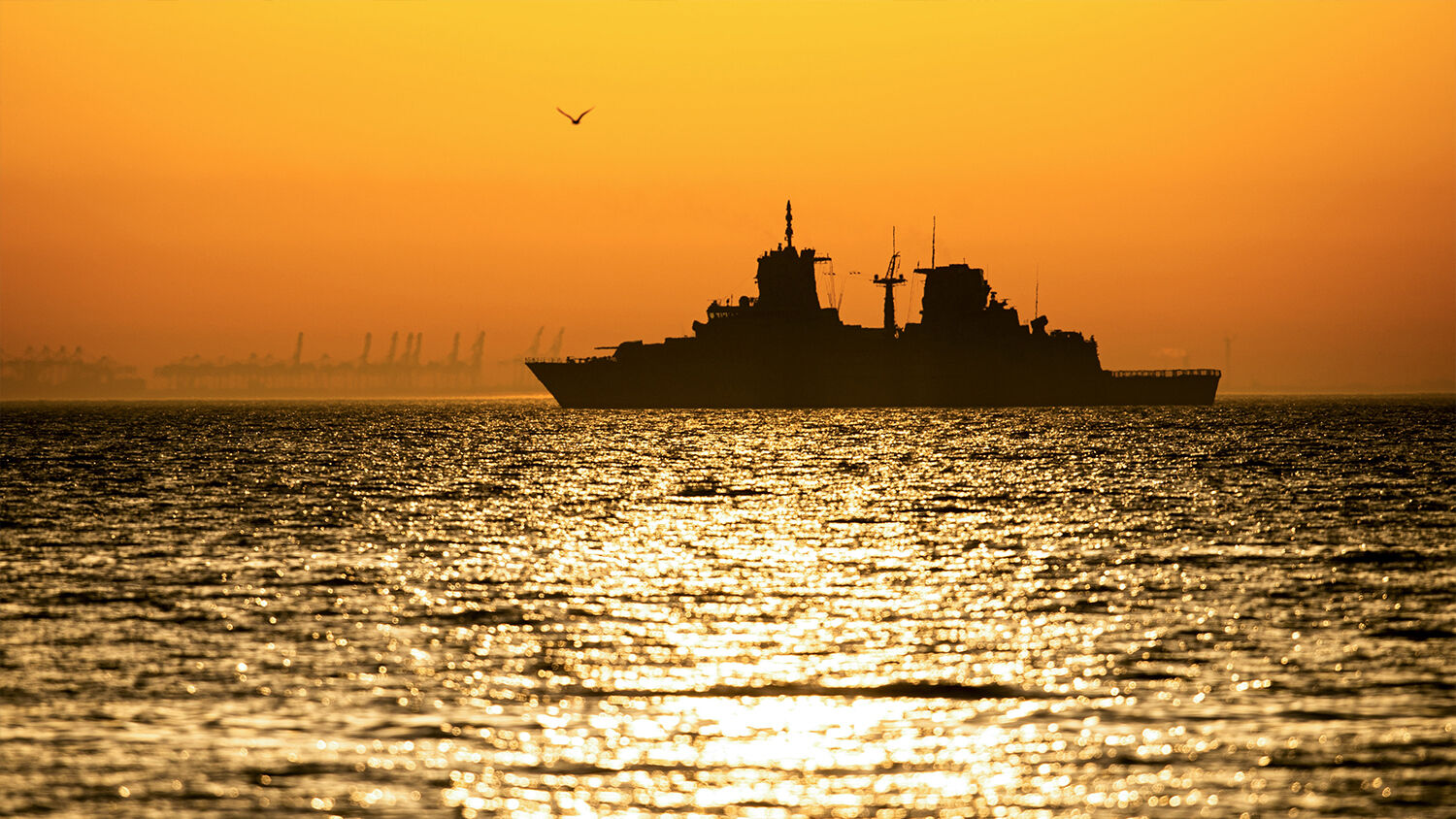 It’s a small step, but it shows Germany’s ambition.

German Defense Minister Annegret Kramp-Karrenbauer announced that Germany will send a frigate into the Pacific this summer. She also indicated that German naval officers would be deployed on Australian ships. Australia’s media has interpreted Germany’s move as a sign of solidarity in its efforts to confront China’s dominance in the region. But this euphoria may be short lived. Germany has its own global ambitions, and it hopes to avoid offending China.

“With the rise of Asia, the political and economic balance is increasingly shifting to the Indo-Pacific region,” stated Germany’s foreign policy paper on the Indo-Pacific, published in August 2020. “The region is becoming key to shaping the international order in the 21st century” (Trumpet translation throughout).

Germany doesn’t want to be left out of this decisive battlefield and is now taking concrete action.

In an online discussion hosted by the Australian think tank aspi last November, Kramp-Karrenbauer announced that Germany was seeking a military presence in the Indo-Pacific.

Officials in Berlin have long considered sending a warship through the strait between China and Taiwan. “A German frigate in the strait would have been a strong sign of support for Taiwan,” Germany’s Die Welt noted on April 29. “But it remained a mere thought experiment. A German frigate never set sail for the Pacific.” That is now set to change. Yet the frigate will still avoid the strait between China and Taiwan. Berlin considers the Taiwan Strait international waters, yet China claims the strait for itself.

Defending the international waters would mean confronting China. Germany, at least for now, has no such plans. China is one of Germany’s most important trade partners.

“Brussels and Berlin agree that Europe’s security is also decided in the Pacific,” Die Welt wrote. “The German Navy is therefore to show a presence in this region, but an important strait between China and Taiwan is off-limits. Is this a genuflection before Beijing?”

Although Germany plans to reduce economic dependence on China and strengthen multilateralism, human rights and free trade with Pacific partners, there is no expectation of a total break between Germany and China. Free Democrat and Member of Parliament Ulrich Lechte noted: “After Annegret Kramp-Karrenbauer’s announcement of engagement in the Indo-Pacific, we actually expected something other than such kowtowing” to China.

The European Union’s papers, however, highlight “the importance of a meaningful European naval presence in the Indo-Pacific,” according to Politico. The aim of the strategy is to become more involved in the region and that includes a military presence. Berlin and Brussels are formulating a global joint strategy. As the United States works to withdraw, Europe is working to build its presence in the region.

Europe’s global ambition reveals that its legislators are thinking more and more in terms of empire building. At the Trumpet, we have expected this change in focus for decades. The Bible reveals in Daniel 2 that four successive world-ruling empires would rule this Earth prior to the return of Jesus Christ. Bible prophecy and secular history reveal that the Roman Empire is the last of these empires.

The empires described in Daniel 2 are also described in Daniel 7 as four beasts. Concerning the Roman Empire, the Prophet Daniel recorded : “Then I would know the truth of the fourth beast, which was diverse from all the others, exceeding dreadful, whose teeth were of iron, and his nails of brass; which devoured, brake in pieces, and stamped the residue with his feet …. Until the Ancient of days came, and judgment was given to the saints of the most High; and the time came that the saints possessed the kingdom” (Daniel 7:19, 22). The Roman Empire’s traditions are continually upheld and resurrected in Europe through the efforts of the Roman Catholic Church and the Holy Roman Empire.

The Roman Empire, through various resurrections, was prophesied to be the last human kingdom to rule this world. And within that empire, there would be seven resurrections guided by the Catholic Church. From Justinian to Hitler, we have seen six of these resurrections already. And the Roman Catholic Church continues to guide European politicians and policies today. The Treaty of Rome brought about the creation of the European Economic Community. Its successor, the European Union, is working to build a military empire. God’s prophecies are being fulfilled right before our eyes.

Isaiah 23 speaks of another end-time prophecy in which the resurrected Holy Roman Empire is in a trade alliance with China. This prophecy is playing out today. As Europe moves into the Pacific and builds its military might, it is careful to not offend China. It knows the value of keeping China as a trade partner. Such dealings with China will eventually lead to what is prophesied in Isaiah 23. (For more on this specific prophecy, please read Chapter 7 of Isaiah’s End-Time Vision.)

I encourage you to request and read The Proof of the Bible. This short booklet, free upon request, will open your eyes to the Bible’s remarkable accuracy and hope in Almighty God.