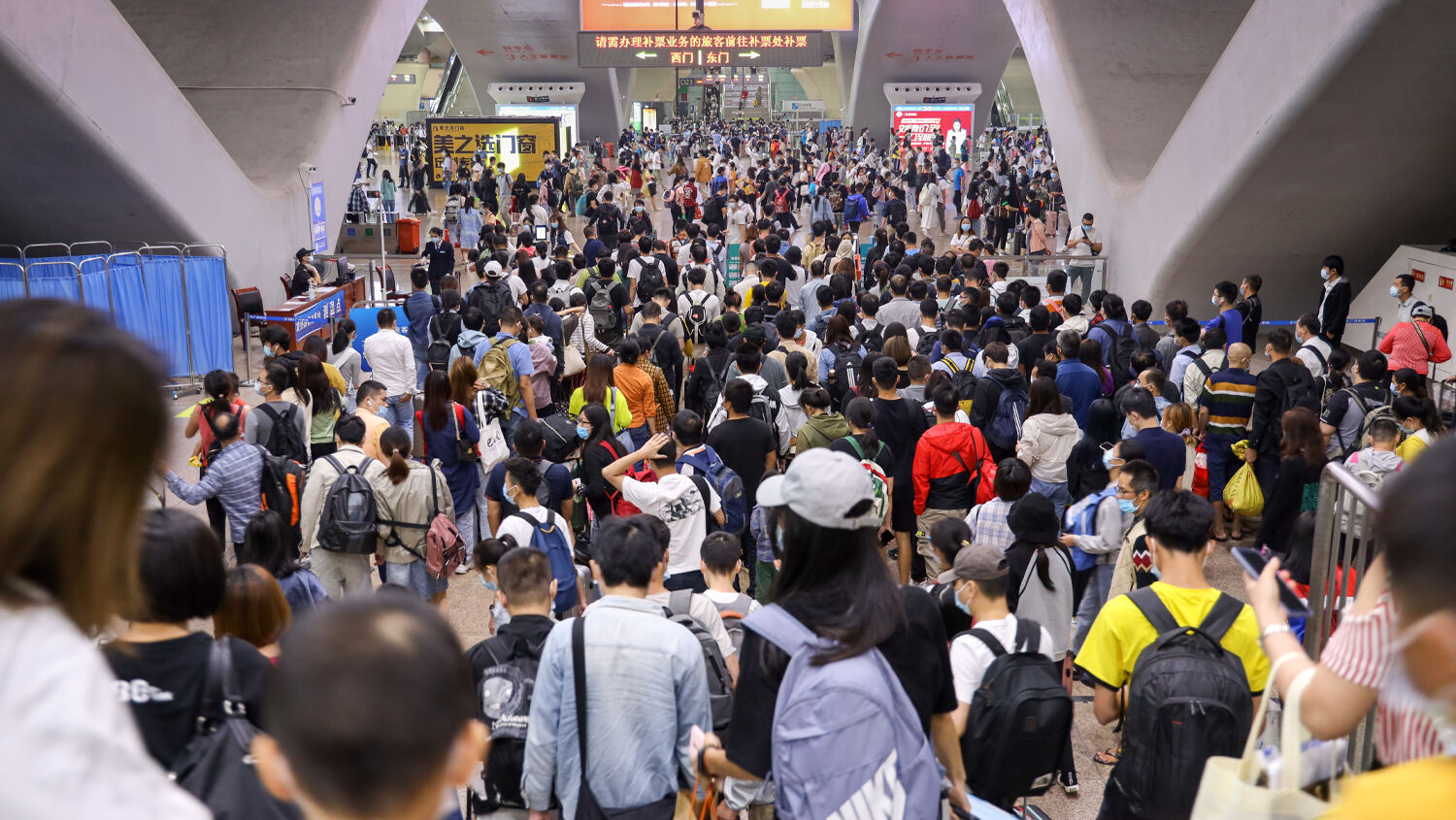 It’s nothing new for an authoritarian nation to weaponize its citizens against each other. But technology could make the strategy chillingly effective.

The Chinese Communist Party has launched a new app that allows citizens to report each other to authorities for expressing “mistaken opinions” about the government.

The app gives Chinese citizens an “active role” in identifying “malicious people distorting facts and confusing” others, the Cyberspace Administration of China (cac) said in a statement about the product published on April 9. “For a while now, some people with ulterior motives … have spread historically nihilistic false statements online, maliciously distorting, slandering and denying party, national and military history in an attempt to confuse people’s thinking.”

The cac statement continued: “We hope that the majority of Internet users will actively play their part in supervising society … and enthusiastically report harmful information.”

In reality, the Chinese Communist Party is among the world’s worst offenders for distorting facts and rewriting history. A look at its account of the history of the Tiananmen Square massacre or Xinjiang or the rule of Mao Zedong reveals perverse distortions of reality. But their distorted takes are the only ones they will countenance.

And now, if a Chinese person sees that one of his fellow citizens has posted something questioning any of the official narratives, he can pull up this app—or a new website that was simultaneously launched—and have the offender flagged and likely arrested.

The Cyberspace Administration of China statement did not detail what the punishment would be for those who are reported. But in February, Chinese lawmakers amended China’s constitution to stipulate that individuals who “insult, slander or infringe upon” the memory of Communist Party heroes may be imprisoned for up to three years. And Chinese law also imposes prison time for those convicted of publishing content that criticizes government policies or questions the ccp’s account of past events.

The app part of this perverse campaign is a novel twist. But a look back through recent history shows that weaponizing citizens against each other is nothing new for authoritarian nations.

In the Soviet Union, citizens were taught that the surest way to show yourself a supporter of Joseph Stalin’s vision was to inform authorities about individuals who questioned or murmured against him—or even made edgy jokes.

Friends, neighbors, even members of one’s own family were taught to blow the whistle on “enemies of the people.”

“[H]e used to be my father,” a 15-year-old boy named Pavlik Morozov said during his father’s trial in 1932. His father had been arrested because Pavlik had chosen loyalty to state over the unfashionable and bourgeois idea of honoring one’s parents. He was a member of Stalin’s “Pioneer” youth organization, which taught young Soviets that informing authorities of dissent represented a noble ideal—and that to betray a member of one’s own family was the highest virtue of all. “… I no longer consider him my father,” Pavlik said, “I am not acting as a son, but as a Pioneer.”

Between 1928 when Stalin seized power and his death in 1953, Pavlik’s father was among at least 25 million Soviet citizens who were executed or worked to death as punishment for “disloyalty.” That figure—a conservative estimate—represents about one eighth of the total Soviet population, and was made up largely of people arrested after informers ratted them out.

In some regions, Stalin felt that the number of “enemies of the people” being outed and killed was not high enough. So he imposed quotas that his enforcers had to meet. In July of 1937, Edouard Salyn, the head of the People’s Commissariat of Internal Affairs in Omsk province protested against the quota in his area on grounds that he and his men had already killed most of the dissidents there. “Insufficient numbers of enemies of the people and Trotskyists” now remain “to warrant a campaign of repression,” he wrote. “[I]n general, I consider it wrong to decide how many people to arrest and shoot.”

For that statement, Salyn himself was executed.

China, too, has recent history using its citizens to help to stamp out anti-government dissent. Mao Zedong, the so-called Great Helmsman, did not have an app to facilitate the process, but he did have an obsession with his power and armies of “Red Guards” to help him maintain it. These were youths between 14 and 21 years old, both male and female, that Mao’s government had groomed into Communist radicals. Their number one purpose was to find potential enemies of communism both within the party and in the general population.

“Our objective,” Mao’s government wrote in 1966, “is to struggle against and crush those persons in authority who are taking the capitalist road … so as to facilitate the consolidation and development of the socialist system.”

Mao instructed the Red Guard to keep an especially vigilant eye out for teachers and other intellectuals. They were enemy number one because their education helped them see the insanity of Mao’s attempts to transform China into a Communist economy. And thanks largely to the Red Guard’s marauding and informing, the Communists savagely killed many intellectuals. Early in the campaign, Mao boasted: “What’s so unusual about Emperor Shih Huang of the China Dynasty? He had buried alive 460 scholars only, but we have buried alive 46,000 scholars.”

But this was only the start.

The violence ended up spiraling out of control and going well beyond the intelligentsia. Soon it wasn’t enough to bury an enemy alive. Many victims were cannibalized. And by the time of Mao’s death in 1976, his Cultural Revolution had killed between 1 and 2 million people. The total number persecuted is believed to be well north of 10 million. And it includes Xi Zhongxun, the father of Xi Jinping, who was publicly beaten and exiled.

But that history apparently has not soured President Xi’s view of Mao. In fact, Xi has enshrined Mao as the most respected figure in the Communist pantheon, and Xi mirrors many of Mao’s methods, such as the new campaign to give Chinese citizens an “active role” in exposing and punishing critics of the ccp.

This app is just the latest step in the Chinese Communist Party’s steady march in a dictatorial and deeply disturbing direction. And Bible prophecy reveals that it will continue growing crueler and more powerful and that it and other authoritarian governments will soon dominate the world.

The Scriptures call that future era “the times of the Gentiles” (Luke 21:24).

In the February 2020 Trumpet issue, editor in chief Gerald Flurry discussed this future epoch, writing: “These ‘times of the Gentiles’ are yet to be fully realized” but “we are in the outer edges of this catastrophic storm” (“The Climax of Man’s Rule Over Man”).

He explained that the term “Gentiles” refers to “non-Israelite peoples,” adding that the Israelite peoples make up “a lot more than the little nation in the Middle East.” In end-time prophecy, “Israel” refers mainly to modern-day America and Britain, which you can understand by studying our free book The United States and Britain in Prophecy, by Herbert W. Armstrong.

Mr. Flurry wrote that although the shift in global power now underway is deeply alarming, it is tied to good news. He continued:

This is terrifying news. Luke’s record of Christ’s prophecy says it will be a time of “[m]en’s hearts failing them for fear, and for looking after those things which are coming on the earth: for the powers of heaven shall be shaken” (Luke 21:26). …

To understand more about the times of the Gentiles and the “good news” that is connected to them, read “The Climax of Man’s Rule Over Man.”