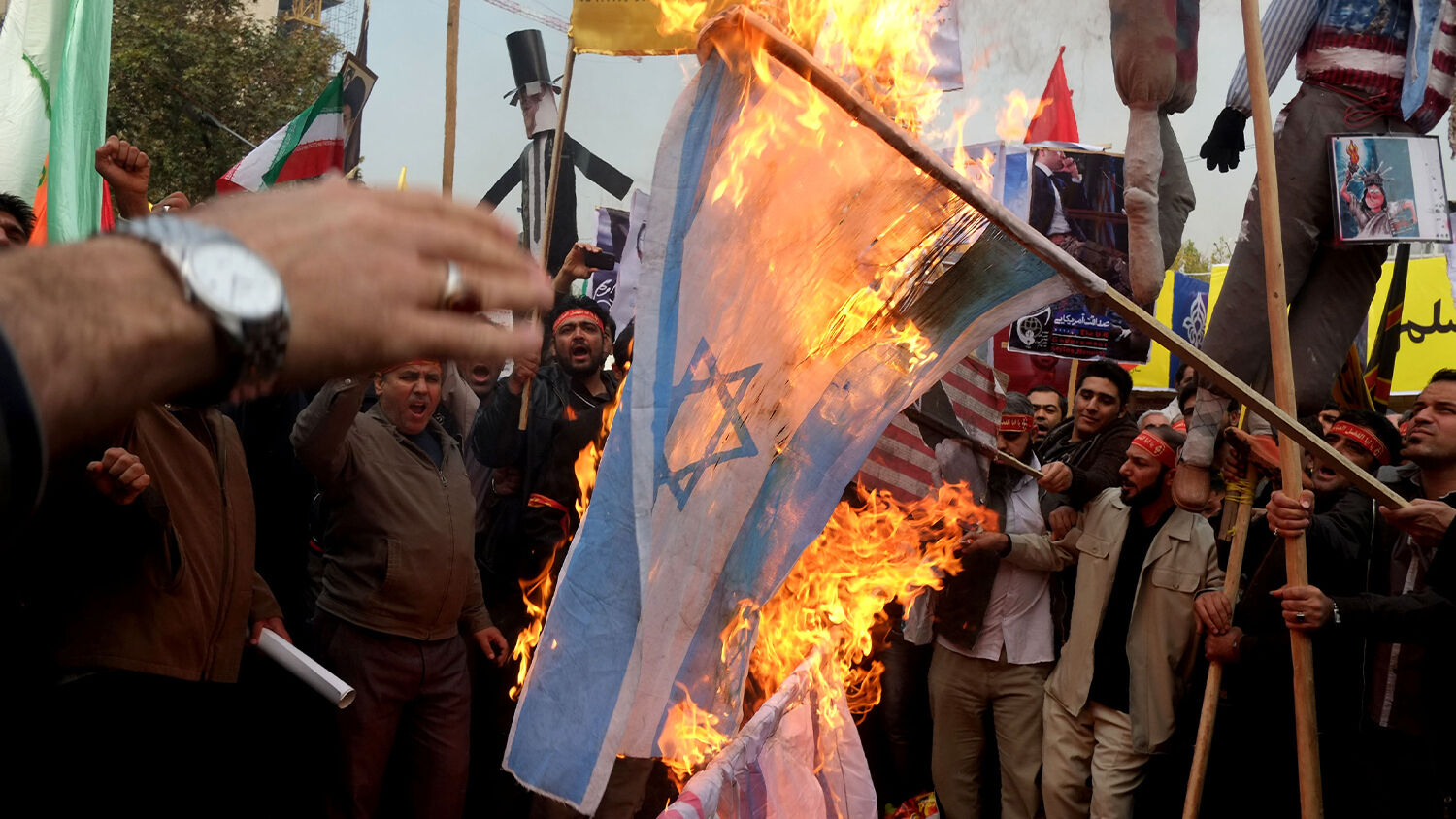 The United States is in the midst of its greatest betrayal of the Jewish state, and Americans aren’t even aware of it.

jerusalem
The nuclear talks currently underway in Vienna are leading to a complete American capitulation to the Iranian regime, according to Israeli officials briefed on the substance of the talks.

On Monday, Israel’s security cabinet met to discuss the ongoing war against Iran to slow its nuclear weapons program, as well as the direction of renewed nuclear talks. Although Israel is not involved in the talks directly, it’s reasonable to assume it knows the details of the negotiations. And Israel is not impressed.

According to one unnamed official present at the briefing, the Biden administration’s “goal is racing toward an agreement no matter what.” He added, “It’s not a situation in which the Americans want to stand their ground. They’re giving up more than the Iranians are asking for. The Iranians know the deal will be signed no matter what, so they are doing the most to maximize their gains.”

Israel Hayom reported more of the details of the agreement (emphasis added throughout):

According to information received by Israel, the six world powers—the United States, China, Russia, Great Britain, France and Germany—and Iran are indeed close to signing an agreement stipulating that the sides are returning to the original nuclear deal from 2015, from which former U.S. President Donald Trump withdrew in 2018. However, Iran will not be required to destroy the new advanced centrifuges it has built, rather just disconnect them.

The world powers are also expected to ignore other violations that are difficult to reverse from a technical standpoint. The Americans have also accepted in principle Iran’s demand for compensation over the economic damage caused by the Trump administration’s decision to withdraw from the deal.

A compensation mechanism still doesn’t exist and will likely be indirect once established. However, the fundamental decision to restore the nuclear deal has already been made.

This confirms what was increasingly obvious: The Biden administration wants to find any way back to the flawed 2015 nuclear deal, a deal that puts Iran on a legal pathway to a nuclear weapon and removes financial sanctions crippling the regime.

Reports of these concessions to the Iranians came just a couple of days after Iran increased its nuclear blackmail against the West.

Iran reported last week that it had officially enriched uranium to 60 percent purity. In a joint statement released on April 14, France, Germany and the United Kingdom said: “This is a serious development since the production of highly enriched uranium constitutes an important step in the production of a nuclear weapon. Iran has no credible civilian need for enrichment at this level.”

This is the highest level of purity Iran has ever achieved. There is no use for 60 percent uranium other than as a stepping point en route to 90 percent purity—the grade needed for a nuclear weapon.

Former deputy director-general of the International Atomic Energy Agency Olli Heinonen told the Times of Israel that this means “Iran could theoretically create a weapons-grade uranium within a week, though not necessarily enough for a nuclear bomb.”

And yet, as the nation races toward weapons-grade uranium, the Biden administration is finding a way to sign a deal that returns billions of dollars to Iran and lifts the suffocating Trump-era sanctions.

Naturally, such a deal will come with Iran’s promise that it is not interested in nuclear weapons and that it will reduce its stockpile of now highly enriched uranium. It will also likely come with the promise that Iran will disconnect, not destroy, its underground, secretly stored, highly sophisticated, next-generation centrifuges. And given that Iran forbids anytime inspections of those clandestine sites, there will be no way to confirm whether it has turned the lights off on the centrifuges.

Jacob Nagel and Mark Dubowitz of the Foundation for Defense of Democracies characterized the negotiations this way:

The Iranian strategy is clear: wield the threat of nuclear escalation to extort massive economic concessions in the form of American sanction relief and a return to the jcpoa [Joint Comprehensive Plan of Action]. This will give the regime tens of billions of dollars and allow it to forge ahead on nuclear R&D (sadly, the regime’s advances are based on knowledge and production capabilities they gained by violating the 2015 agreement). By returning to the jcpoa, the regime can legally install advanced centrifuges, build up their enrichment capabilities and wait for key restrictions to sunset over the next two to nine years. After 2030, there will be no prohibitions on the Islamic Republic’s ability to enrich massive uranium quantities to weapon-grade.

In their opinion, America was played by the Iranians in the 2015 nuclear deal, and “another diplomatic collapse is coming.”

No wonder Israel is working overtime through leaks in the press to blow the cover on the deal before it’s signed. According to Herb Keinon of the Jerusalem Post, there is a purpose for the leaks. It is not to dissuade the Biden administration from completely capitulating to the Iranians with a new deal; that ship has sailed.

Israel is exposing the contents of the deal to reach out to its remaining friends in Congress and encourage them to pressure the Biden administration to halt the agreement. This follows a similar logic to Prime Minister Benjamin Netanyahu’s 2015 speech before Congress immediately before the Obama-era deal was signed.

In 2015, the Obama-obsessed media was heavily involved in pushing the nuclear deal. They formed, in the words of Obama’s chief storyteller Ben Rhodes, “an echo chamber” that trumpeted the Obama administration’s talking points. Nuclear deal or war were the only two options presented to the public. And yet even with the full-court press of the mass media to defend the nuclear deal, the Obama outreach to Iran was still extremely unpopular among Americans, Democrats and Republicans. In fact, it was one of the reasons President Donald Trump was elected; he sought to renounce the “horrible Iran nuclear deal,” as he called it.

The United States in the midst of its greatest betrayal of the Jewish state and Americans aren’t even aware of it.

Considering how unpopular it was the first time, the Biden administration and the press are not covering the deal. In this environment, there is little chance of any pushback from Americans.

Keinon also believes Israel is publicly decrying the Biden administration’s nuclear surrender to Iran in order to reinforce its alliance with Arab states; in his words, “to let the Gulf countries know that they can continue to count on Jerusalem to lead the charge against a return to the jcpoa—even at the risk of once again incurring the administration’s displeasure.”

What could be motivating this drastic shift in American foreign policy? Why is the U.S. actively supporting its historic enemy while turning its back on the Jewish state? Considering their shared brotherhood of values and defense, there is no rational reason to side with Iran instead of Israel.

The only way to understand this seismic shift that is destabilizing the entire Middle East is to consult the Bible. To guide you on why America would choose to empower the fanatical Iranian regime at the expense of its relationship with Israel, please read Trumpet editor in chief Gerald Flurry’s revealing article “The Barack Obama Mystery.”