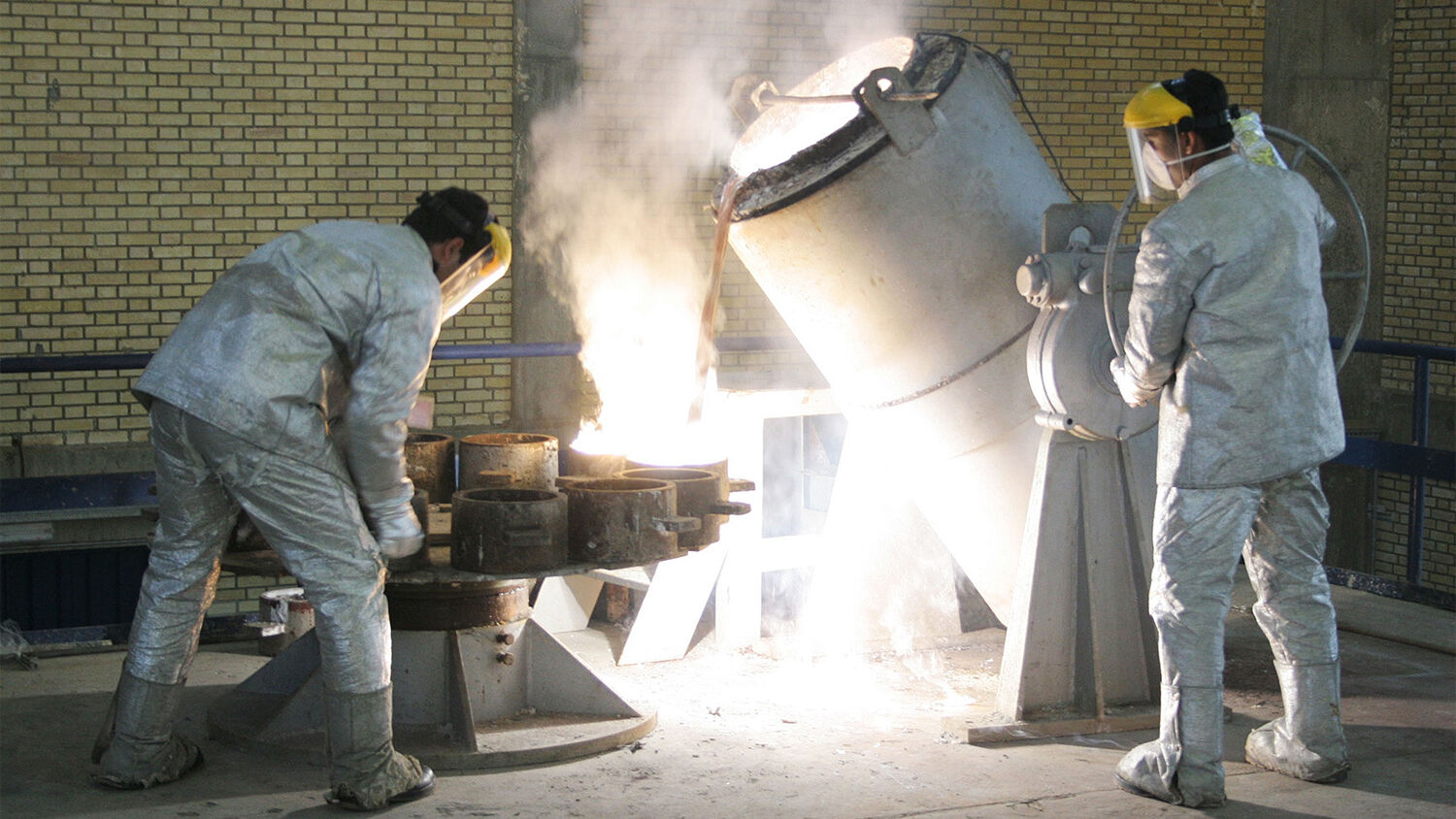 The Islamic Republic of Iran announced on April 16 that it has enriched uranium to 60 percent purity, the highest level ever publicly acknowledged by the regime. The speaker of the Iranian parliament first broke the news on Twitter, where he praised the work of Iranian scientists. The news comes at a key time, showing Iran’s disregard for ongoing negotiations with the West over its nuclear program.

“I am proud to announce that at 00:40 last night … young and pious Iranian scientists were able to obtain a product of 60% enriched uranium,” stated parliament speaker Mohammed Bagher Ghalibaf.

European diplomats expressed “concern” after the announcement of increased enrichment, to which Iran responded provocatively. Hassan Rouhani, Iran’s president and second in command under Ayatollah Ali Khamenei, told state television that Iran could enrich uranium to weapons-grade 90 percent purity “if we wanted to.”

Once past 20 percent purity, the amount of work needed to enrich uranium to weapons grade declines sharply. According to the World Nuclear Association, the amount of energy required to enrich 1 kilogram of uranium is measured in Separate Work Units (swu). To reach 20 percent, 1,170 swu are needed. To reach weapons grade, only 101 more swu are needed.

The exact time required will vary based on the equipment used, but the energy needed to go from 60 percent enrichment to 90 percent is minimal compared to the work Iran has already done.

Reaching 60 percent enrichment puts Iran a stone’s throw away from the production of nuclear weapons.

This announcement should be seen in the context of the ongoing negotiations in Vienna. Iran aims to have the United States repeal sanctions that President Donald Trump placed on Iran and return to the permissive 2015 nuclear deal negotiated under former President Barack Obama. So far, Iran has continued to advance its nuclear program as well as its ballistic missile program and has refused to cooperate with inspectors from the International Atomic Energy Agency. It has also sidelined U.S. diplomats, going so far as to demand the American delegation in Vienna sit in a separate room.

Iran continues to flaunt its nuclear capabilities despite ongoing negotiations with American and European diplomats. It continues to push for weapons-grade uranium. How can one explain Iran’s aggressive and seemingly self-destructive behavior?

Iran’s regime espouses Twelver Shiism. Adherents of this brand of Islamic fundamentalism believe that world chaos will hasten the coming of the 12th imam. Iran’s nuclear ambitions are not constrained by the idea of mutually assured destruction. They are motivated by a radical ideology.

Iran’s development of nuclear weapons should be a great concern for leaders of every country, not only those in the Middle East. Iran’s has publicly announced its highest-ever enrichment level; but it could be just the publicly available figure.

As Trumpet Jerusalem correspondent Brent Nagtegaal wrote in “What If Iran Already Has the Bomb?”, respected analysts believe there is a strong chance Iran already has nuclear weapons capability.

The Trumpet closely follows Iran’s quest for nuclear weapons because Bible prophecy warns that Iran will indeed bring chaos to the world.

Trumpet editor in chief Gerald Flurry’s booklet The King of the South proves in detail that Iran is mentioned in the Bible as a major player in world events. The Bible identifies it as “the king of the south.” It foretells that this “king” will become an even greater threat in the time ahead, soon leading an aggressive “push” against Europe, sparking a global war.

“And at the time of the end shall the king of the south push at him: and the king of the north shall come against him like a whirlwind, with chariots, and with horsemen, and with many ships; and he shall enter into the countries, and shall overflow and pass over” (Daniel 11:40). This will be Europe’s response to Iran’s “push,” which likely includes repeated acts of nuclear provocation. Iran is on a geopolitical collision course with Europe, called the “king of the north” in Bible prophecy.

You need to understand the implications of this trend and how a nuclear Iran will affect you individually. Start with our article “What If Iran Already Has the Bomb?” For a detailed explanation of Iran’s past, present and prophesied impact on the Middle East and the world, read our free booklet The King of the South, by Gerald Flurry.