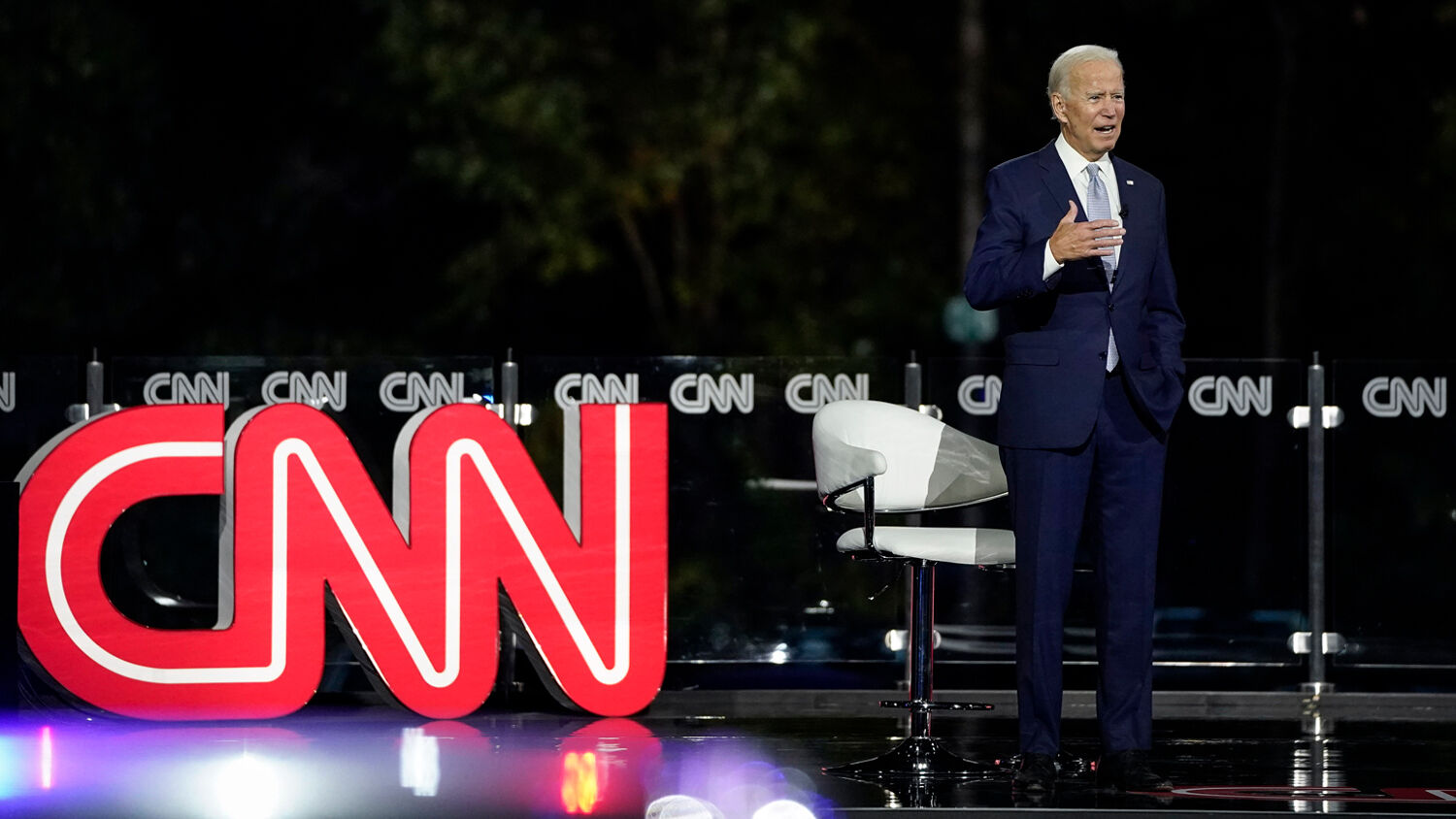 The mainstream media is waging a campaign of intellectual terrorism.

Two undercover videos published by Project Veritas on April 13 and 14 have put cnn’s political bias on the public record. The interview with cnn’s technical director affirmed that the network knowingly and quietly worked to manipulate public opinion, even putting out “propaganda” to help Joe Biden in the lead-up to the election. The videos also exposed future plans to “milk” climate alarmism—all to help the Democratic Party.

One of the most condemning admissions of cnn technical director Charlie Chester is that ahead of the 2020 election, the network intentionally and knowingly cast President Donald Trump in a bad light, while boosting candidate Biden’s image.

“Look what we did; we got Trump out. I am 100 percent going to say it, and I 100 percent believe that if it wasn’t for cnn, I don’t know that Trump would have got voted out,” he stated.

Referring to the anti-Trump narrative, Chester said, “I came to cnn because I wanted to be a part of that.” Many others likely share his views.

One example Chester gave was the story of President Trump’s deteriorating health, rendering him unfit for reelection. Using a video in which Mr. Trump’s hand is seen shaking, cnn worked to form a narrative, without any actual evidence. “We brought in so many medical people to tell a story that was all speculation—that he was neurologically damaged, and he was losing it,” said Chester.

He then made this statement: “We were creating a story there that we didn’t know anything about. … I think that’s propaganda.”

Meanwhile, Biden was cast in a positive light. Chester described how the network went to great lengths to portray Biden as healthy and robust. “We would always show shots of him jogging and that [he’s] healthy. … You paint him as a young geriatric,” he stated.

cnn has, by its own admission, become a servant of the Democratic Party. This extends to the coverage of state representatives as well. Florida Republican Rep. Matt Gaetz is the current target of cnn’s “propaganda.” Gaetz is currently under investigation by the Department of Justice, accused of illicit relationships with underage girls. However, evidence is increasing that the investigation was instigated by political enemies whose aim was to extort money from the wealthy representative and his family.

A situation like this requires honest reporting and an objective perspective. However, that is not to be found at cnn, by Chester’s own admission.

“If the agenda, say, is to like get … Matt Gaetz right now … He’s a problem for the Democratic Party because he’s so conservative and he can cause a lot of hiccups in the passing of laws and whatnot,” stated Chester, acknowledging that “it would be great for the Democratic Party to get him out.” Therefore, cnn is “going to keep running those stories to keep hurting him, and make it so that it can’t be buried, and … just settled outside of court.”

“That’s propaganda because it’s helping us in some way,” said Chester.

cnn refuses to let enemies of the Democratic Party escape without public condemnation. However, it willingly buries negative stories about Democrats. Chester’s statement that this is “helping us”—the Democratic Party—shows the real purpose of the stories being aired by this extensive news network with global reach.

In light of all that Chester acknowledged, one might wonder what the next major “propaganda” push at cnn will be about. As it turns out, he revealed that too.

“They’ve already announced in our office that once the public is … open to it, we’re going to start focusing mainly on climate,” he said. “It’s going to be our focus. Like our focus was to get Trump out of office, right? Without saying it, that’s what it was, right? So, our next thing is going to be for climate change awareness.”

Climate change claims, which have grown in popularity over the years, are useful because they create a crisis that allows for new and radical legislation to be introduced, often bringing stronger governmental regulation. This primarily benefits the Democratic Party.

As for the coronavirus, Chester acknowledges that it has a limited media shelf-life. “Fatigue” with the story of coronavirus is increasing at cnn, he said. He then made a prognosis about the future of the much-discussed coronavirus disease: “It will taper off to a point that it’s not a problem anymore. Climate change can take years, so they’ll probably be able to milk that quite a bit …. Climate change is going to be the next covid thing for cnn …. Fear sells.”

“Fear.” “Propaganda.” Spending years to “milk” claims of deadly climate change. These are the tools of a mainstream American news network in 2021.

Whom Can You Trust?

For many Americans, this interview only adds to their skepticism of the mainstream media. But the fact that this bias is purposely and repeatedly denied, and that cnn employees proudly suppress the truth to damage or destroy the Democrats’ political opponents, is even more alarming.

In the April 2020 Trumpet issue, editor in chief Gerald Flurry asked a question that is more relevant now than ever: When it comes to news media, “who can we trust?”

This is a question you, individually, must answer.

Mr. Flurry described the very real and immediate danger of lies being spread in society. “Falsehood enslaves us—it takes us into a black world of deceit. It is less violent than what terrorists fight for—but it is still slavery! It is a slavery of the intellect. We become enslaved to error, evil and fantasy and call it truth and freedom.”

cnn’s “propaganda” is a serious threat to democracy, America and every American. “The self-willed, arrogant, left-wing media are trying to enslave us, just as the world’s worst terrorists are! It is just another form of terrorism,” wrote Mr. Flurry.

Terrorists, by definition, use fear to advance their ideology. Though cnn is not engaged in physical violence, it is using a similar strategy to enslave Americans—intellectually.

The Trumpet follows this trend closely because it aligns with what Bible prophecy predicts for our modern society. “And judgment is turned away backward, and justice standeth afar off: for truth is fallen in the street, and equity cannot enter” (Isaiah 59:14). This is God’s description of the lies and injustice being spread throughout society today. The Bible warns that this is leading to the decline and fall of the United States. Only repentance can reverse that trend.

Where can you find honest, trustworthy reporting? What about God’s perspective on society and world events? How can you avoid falling victim to the intellectual terrorism of today’s news media? Start by reading “The Dangerous Left-Wing Media,” by Gerald Flurry.