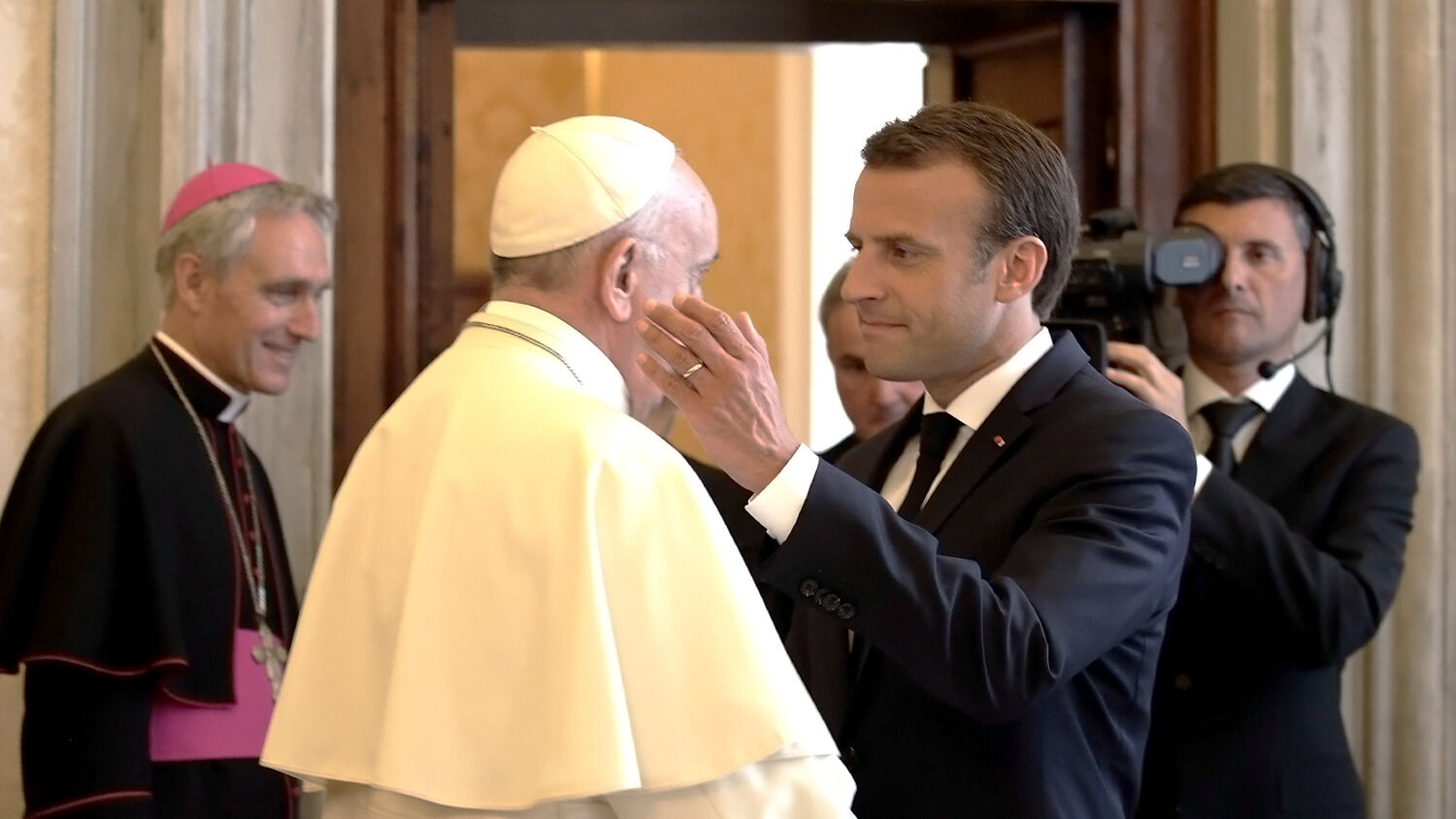 Once the homeland of many Christians; now the battleground of religions

Following his historic four-day visit to Iraq in the beginning of March, Pope Frances had a 40-minute phone discussion with French President Emmanuel Macron. “The call, which was requested by the pope, marks the fifth time the two world leaders have spoken since Macron’s election in 2017,” Vatican News reported on March 22. Indeed, Macron and Pope Francis are world leaders in their own rights, and their vision for the Middle East should be carefully considered.

Macron and Pope Francis share a Jesuit background. At age 12, Macron pursued Catholic baptism and later attended a Jesuit college; Francis is the first Jesuit pope. Together, they want to transform the Middle East.

During his visit to Iraq, Pope Francis described the country as “the cradle of civilization.” He called for an end to the violence in the region, saying: “May the clash of arms be silenced … may there be an end to acts of violence and extremism, factions and intolerance!”

“Iraq has suffered the disastrous effects of wars, the scourge of terrorism and sectarian conflicts often grounded in a fundamentalism incapable of accepting the peaceful coexistence of different ethnic and religious groups,” the pope said. “The age-old presence of Christians in this land, and their contributions to the life of the nation, constitute a rich heritage that they wish to continue to place at the service of all.”

In 2003, around 1.5 million Christians lived in Iraq. Only 400,000 remain today. Without intervention, the Christian population in the Middle East could further diminish toward extinction.

The Élysée press office said that during the March 21 phone conversation, the two spoke at length about Pope Francis’s recent apostolic journey to Iraq. Macron said the visit marked “a true turning point” for the Middle Eastern region. “The pair also dwelt on their ‘thoughts and concerns’ about several crises affecting various parts of the globe,” Vatican News reported. “These included ‘the expansion of jihadism in Africa—both in the Sahel region and the continent’s east coast,’ as well as the critical situation in Lebanon.”

Under Macron, France has taken an increased interest in the region. Last August, after the explosion in Beirut, Lebanon, Macron visited the former French colony, promising financial aid on the condition of political change. France has also stepped up its military involvement and financial contribution in the Sahel region. On Feb. 3, 2020, Macron met with leaders of the Sahel region to discuss and implement a new legal framework that offered, among other things, 600 more French soldiers for the region.

Both Pope Francis and Macron are concerned about “the expansion of jihadism in Africa.” Various countries in the region that promote militant Islamic movements are allied with Iran, the chief sponsor of terrorism. Europe seeks to oppose Iran’s influence through its military and financial strength—backed by the Catholic Church.

Iran is the number one terrorist-sponsoring nation in the world. It has helped the Muslim Brotherhood take over Egypt. It is providing aid to Syria, where the government is terrorizing its own people. It is involved with al Qaeda in gaining control over Libya. It supports terrorists in Lebanon and the Gaza Strip that are attacking Israel. It is behind strikes on allied forces in Afghanistan. It is deeply entrenched in Iraq, and is pushing its Islamist agenda in other nations throughout the region and beyond. It is defying the will of the Western world by continuing to develop its nuclear program.

The April 2013 Trumpet issue explained that: “Northern Africa is turning into a battleground with enormously important prophetic implications.” At that time, Mr. Flurry predicted that Europe would become more involved in the region. He based this forecast on a crucial Bible prophecy.

Referring to “the time of the end”—the time we are living in now—Daniel 11 describes a confrontation between a “king of the north” and “the king of the south.” The king of the north refers to German-led, Catholic Europe; radical Islam led by Iran is the king of the south. Based on these and other Bible prophecies, Mr. Flurry has warned that we are about to see a clash between the two opposing forces that will directly lead to the start of the prophesied Great Tribulation.

“[Daniel 11:40] describes a time when Germany’s Catholic empire will wage all-out war, throwing everything it has at radical Islam—and dominating it like a violent flood pouring in!” Mr. Flurry writes in his free booklet The King of the South. Chapter 3 of that booklet, titled “The Last Crusade,” explains in detail how this millennia-old conflict will end. In addition to The King of the South, request a free copy of Mr. Flurry’s booklet Jerusalem in Prophecy to understand the full context of these prophecies and the hope that lies beyond.