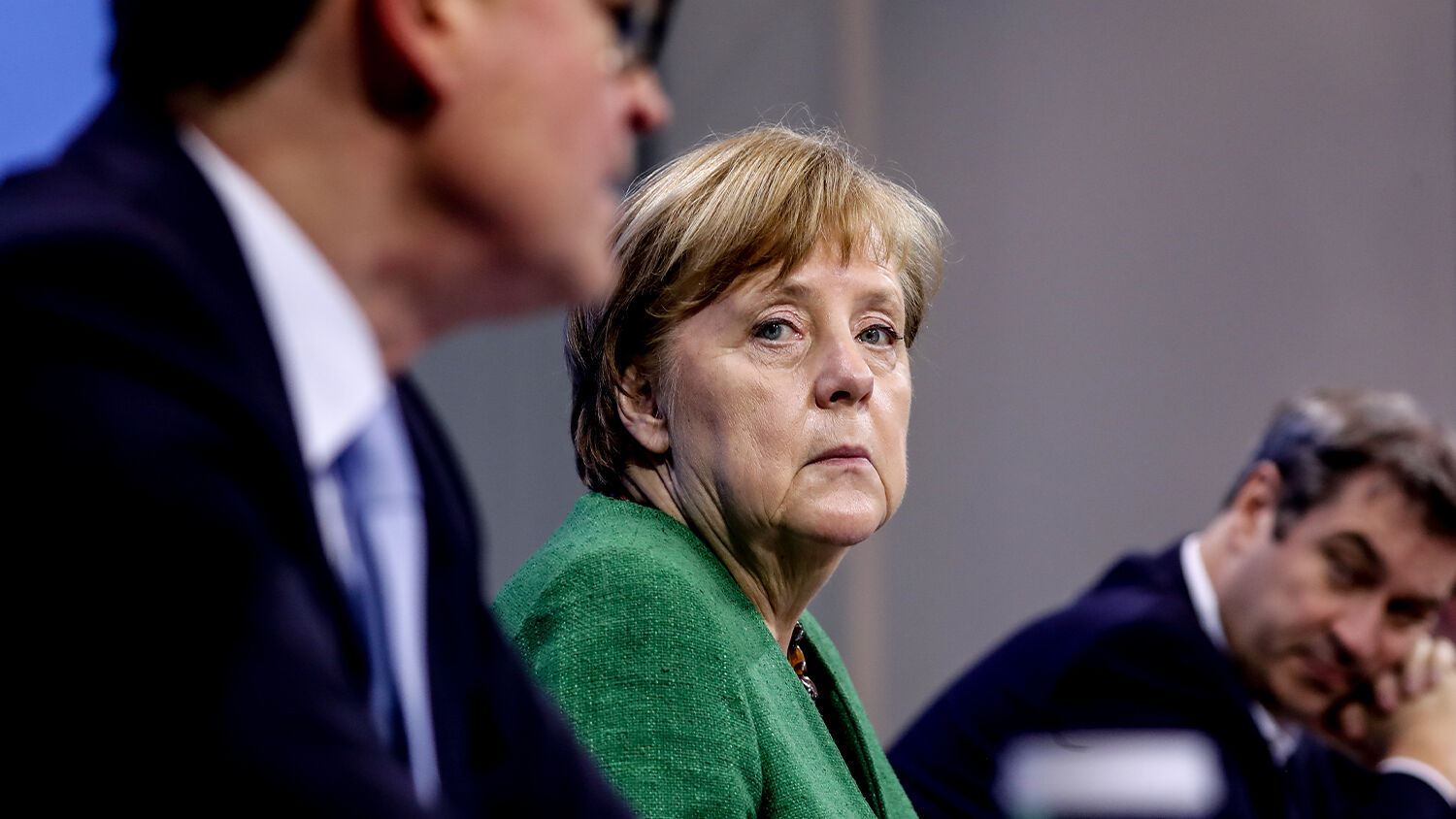 The very foundation of Germany’s postwar democracy is crumbling.

German Chancellor Angela Merkel has been referred to as the leader of the free world. But in the recent coronavirus crisis, she herself has questioned a key part of her country’s democracy: German federalism.

Throughout the pandemic, Merkel has led one way, while the state premiers have chosen their own individual courses. She ordered stricter lockdowns; they called for the economy to be reopened. The lack of power has visibly annoyed her. On March 28, during a television interview with Anne Will, Merkel heavily criticized Germany’s state premiers for not following the federal government’s lead.

“[T]he states must follow up [on the coronavirus measures], otherwise I have to consider whether we find [other] ways” to enact nationwide lockdowns, Merkel threatened the state premiers (Trumpet translation throughout). She suggested that the federal government could enact infection protection laws that could give the Bundestag “a greater role.”

German television network n-tv.de summarized the turn of events this way: “Critics say the state must improve its crisis management as quickly as possible. Chancellor Angela Merkel put her foot down on Anne Will, leading the criticism of the inconsistent crisis course.” In an effort to shift blame away from herself, Merkel criticized the foundation of Germany’s federal republic.

Germany is divided into 16 states, called Länder. Each state has its own parliament, which holds elections every four or five years. Each state government has the right to deal with certain issues independent of the federal government. For the most part, this has brought Germany great stability. Martin Knobbe explained in his Der Spiegel article “Weakness of Federalism: Make Germany Finally Ready for Crises”:

Germany’s small-state mentality is a success story that goes back centuries. The French philosopher Charles de Montesquieu admired the “federal republic of Germany” after touring the Holy Roman Empire in 1728–29. After the National Socialist period, which remains a warning for today of what a monopoly of power at the head of the state can do, the Allies instructed the 11 West German state premiers in 1948 to convene a constituent assembly, the Parliamentary Council. The end result was the Basic Law and with it a strong federal structure for the republic, the foundation of prosperity and stability.

The idea is plausible: the struggle of the states among themselves and with the federal government is living democracy, the centers of power control each other, competition leads to the best result—progress.

But the system is not ready for crises, as Knobbe correctly noted: “This idea also worked well in the first months of the pandemic, when the roundtable of state premiers established themselves with the chancellor as the body that steered Germans through the coronavirus crisis. Now, however, it has proved dysfunctional.”

“The aim is to equip Germany for special challenges, for extraordinary crises—of which there will probably be more rather than fewer in the future,” Knobbe added. More and more leading editorials are calling for more powerful leadership.

In “Germany Is Facing an Epic Identity Crisis,” Thomas Kielinger noted for the United Kingdom’s Telegraph:

After 16 years in the saddle, Angela Merkel’s legacy is a disoriented and divided country. … [O]ur woefully inadequate response to the covid pandemic is chipping away further at the time-hallowed perception of German excellence in organizational matters.

So, should the federal system be shaken up, too? By and large, we have lived with it successfully since it was imposed on us after the war. It gives regional centers the power to manage their own affairs in a way that devolution in England has never achieved. But at a time of crisis when a national response is needed, regional centers of decision-making can woefully undermine national cohesion.

What exactly is the problem with federalism? Knobbe said that “federalism sometimes scatters responsibility into nirvana, slows progress, and smothers effectiveness in bureaucracy and chaos.”

The coronavirus crisis has exposed Germany’s vulnerabilities. Its leadership has proved divided and powerless. Given its advanced medical infrastructure and pharmaceutical industry, Germany should have faired the coronavirus crisis better than most others. Granted, at the beginning of the crisis, the nation brought over covid-19 patients from Italy and France for treatment in German hospitals. The German start-up Biontech, in a joint venture with Pfizer, was one of the first companies to develop a vaccine against the virus. Nonetheless, the government failed in managing the crisis.

“Come September, Mrs. Merkel will, at last, be history. And woe betide the new leader—left to govern an ever more fractious and confused country,” wrote Kielinger. “Frailty, thy name is Germany.”

Germany’s current epic leadership crisis is most remarkable in light of Bible prophecy.

As our free booklet A Strong German Leader Is Imminent explains, the Bible reveals that, in our time, a strong German leader will emerge to unite all Europe. It also reveals that this man will take advantage of an unprecedented crisis.

“And in his estate shall stand up a vile person, to whom they shall not give the honour of the kingdom: but he shall come in peaceably, and obtain the kingdom by flatteries” (Daniel 11:21). This prophecy is for our day! Concerning this verse, theTrumpet.com managing editor Brad Macdonald wrote:

The European Union has the same problem as Germany. The coronavirus crisis management has been a mess. Individual nations said goodbye to open borders to protect themselves, resulting in chaos with the vaccine distributions. At no point in the crisis has EU leadership decided a course that all of its members have followed.

Germany’s crisis is Europe’s crisis. Like Merkel alluded to, a strong German leader will find a way around the current political system. Your Bible tells you that is the case. We at the Trumpet believe we know who this prophesied leader will be. To learn more, read A Strong German Leader Is Imminent and Mr. Flurry’s latest article on this topic, “Is KT zu Guttenberg About to Come to Power?”