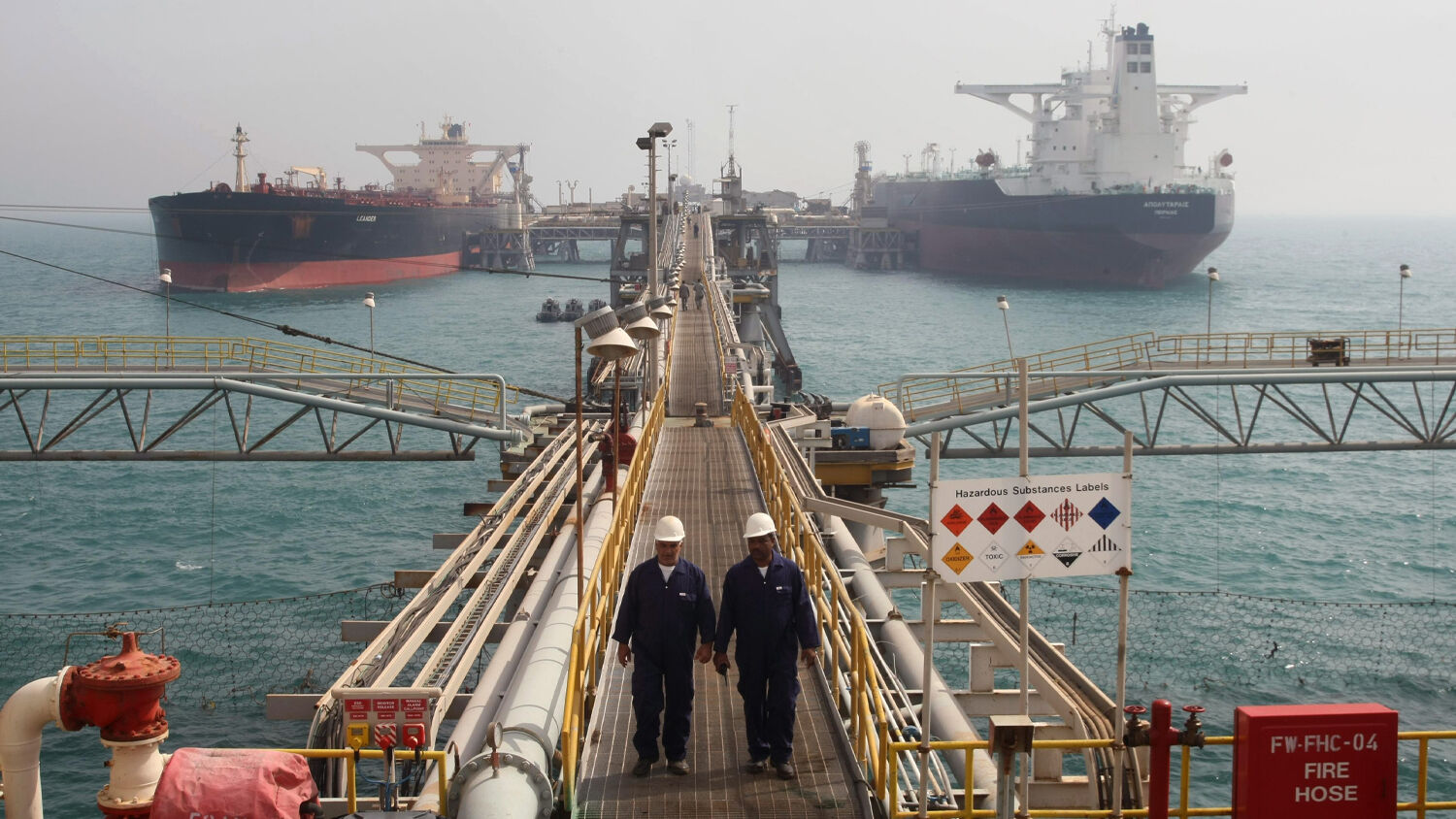 Will Egypt be Iran’s next conquest?

Iraq is looking to extend the Basra-Aqaba oil pipeline into Egypt, announced the Iraqi Ministry of Oil on March 17. Yet Iraqi oil is not the only thing that will reach Egypt and much of North Africa through this pipeline. So will strengthened Iranian influence.

Why? Because much of the oil that will flow through the pipeline does not actually belong to Iraq. It belongs to Iran.

Currently under construction, the pipeline runs from Basra, a key Iraqi refinery town on the Euphrates River, to Aqaba in Jordan. Basra is a key export area, located just north of the Persian Gulf.

An extension of this pipeline to Egypt could reach as far as Port Said on the Mediterranean coast. From Egypt, that oil could also reach other North African countries.

Iranian oil is not supposed to be easy to purchase; the United States places sanctions on any country that buys oil from Iran. However, Iran evades these penalties by smuggling oil into Iraq. Iraq lacks the infrastructure to process and use the oil it extracts, so it remains dependent on Iran for imports of electricity and gas. The U.S. has repeatedly granted Iraq special waivers, which allow it to continue importing Iranian energy without incurring major economic sanctions. Because Iraq is reliant on Iran, it is obliged to allow the smuggling of Iranian oil into the country and export it around the world.

Iraq’s Basra-Aqaba pipeline is not merely an Iraqi venture. It represents Iranian ambitions, which almost certainly include Egypt.

“Iraq remains the key cover through which Iran transports its oil to the rest of the world,” reported OilPrice.com in response to the pipeline announcement. “It will also provide another ‘cover’ route for Iranian oil disguised as Iraqi oil, which can then be shipped easily both West and East.” The pipeline “should also be read in terms of the overall strategy for the expansion of influence of Iran … not just across the Shia crescent of power in the Middle East but into eastern and northern Africa as well.”

The proposed pipeline to Egypt would avoid areas vulnerable to Israeli land or sea forces and the Strait of Hormuz choke point. Other pipelines Iran is building also follow this trend.

One of those under construction runs from Guriyeh near the Iran-Iraq border and the northern shore of the Persian Gulf to Jask, a port roughly 90 miles outside the Hormuz choke point. China, which just signed a deal for Iranian oil, will likely be the main customer at Jask.

According to OilPrice.com, this pipeline will be a “game changer.” Its 42-inch diameter will allow transport of high volumes of oil.

The Guriyeh-Jask pipeline will permit Iran to “freely ship at least 1 million barrels per day (bpd) of its own crude oil anywhere in the world, whilst at the same time, if necessary, being able to disrupt all other oil supplies that transit through the Strait of Hormuz,” notes OilPrice.com.

Thirty-five percent of the world’s oil transits the Strait of Hormuz. When the pipeline is complete, Iran will be in a position to threaten or block a third of the world’s oil supply while preserving economic relations with its allies.

The Guriyeh-Jask pipeline will help Iran decentralize its oil exports (90 percent currently leave the country from Kharg Island in the Strait of Hormuz). As OilPrice.com observed, “Iran wants to be able to use the threat—or reality—of closing the Strait of Hormuz for political reasons” without destroying its oil-reliant economy.

Oil is one of Iran’s strongest bargaining tools, but is it strong enough to entice Egypt? At first glance, this might seem unlikely, since Egypt is a majority Sunni country. However, Iranian influence there is already well established. The Iran-funded Muslim Brotherhood remains a major part of Egyptian society. Before his death, Islamic Revolutionary Guard Corps Quds Force Cmdr. Qassem Suleimani visited Egypt and met Khairat el-Shater, the Muslim Brotherhood’s deputy supreme leader. They discussed setting up an Egyptian version of the Islamic Revolutionary Guard Corps.

Iran seeks to exploit cultural and ideological similarities as well. “Egypt, for its part … has long regarded itself as being a leader of the Arab world,” wrote OilPrice.com. ” Slightly shifting this pro-Arab ideology to a point where it coincides in large part with the ideas involved in the Shia crescent is seen as a not insurmountable objective in Tehran.”

Egypt has a history of coups and radical changes in government. This was clearly displayed in 2011, when President Hosni Mubarak was deposed and replaced by Mohamed Morsi. Morsi was backed by the Muslim Brotherhood, and by extension, Iran. Though currently out of office, the Muslim Brotherhood remains a powerful force in Egypt and could return.

Will oil be one reason Egypt gets sucked deeper into Iran’s orbit?

The inclusion of Egypt in planning a future Iraqi pipeline shows how strong Iranian influence in Iraq has become. The Trumpet has predicted for years that Iraq would fall to Iran, either by cultural and political means or by violent takeover (read our article “Is Iraq About to Fall to Iran?” for more information).

Now, Iranian plans to draw Egypt closer are being exposed.

Trumpet editor in chief Gerald Flurry’s free booklet The King of the South gives a clear picture of the most important trends to watch for in the Middle East and discusses Iran’s current and prophesied role.

Bible prophecy shows that the Middle East will eventually be divided into two powerful and opposing camps. These are described in Daniel 11. There, the Bible calls Iran and its radical Islamic proxy forces “the king of the south.” It shows that this “king” of Islamic radicalism will be opposed by “the king of the north,” a unified Europe.

Verse 40 describes a time when Iran pushes against Europe, and the German-led Europe strikes back violently. Verses 42-43 names some of the nations that will side with Iran: “He shall stretch forth his hand also upon the countries: and the land of Egypt shall not escape. But he shall have power over the treasures of gold and of silver, and over all the precious things of Egypt: and the Libyans and the Ethiopians shall be at his steps.”

“Daniel 11:42 implies that Egypt will be allied with the king of the south, or Iran,” states The King of the South. “This prophecy indicates there will be a far-reaching change in Egyptian politics! We had been saying since 1994 this would occur, and look at Egypt today.”

Iran already influences Iraq heavily. It is using proxies to take over Yemen. Egypt has experienced armed coups supported by Iran and the Muslim Brotherhood. Iran is clearly looking in its direction. It may take some major changes in Egyptian politics before Iran succeeds, but it is moving in that direction.

Pay attention to Iran’s push for control of Egypt, as well as strategic trade routes in the Middle East and North Africa. Bible prophecy warns that Iran will ignite a deadly clash with not only Sunni Arab states but also Europe. This will trigger the world’s next war—one so severe that human life would be wiped out if God did not intervene. To understand what these trends mean for the future of the Middle East as well as you individually, read The King of the South, by Gerald Flurry.