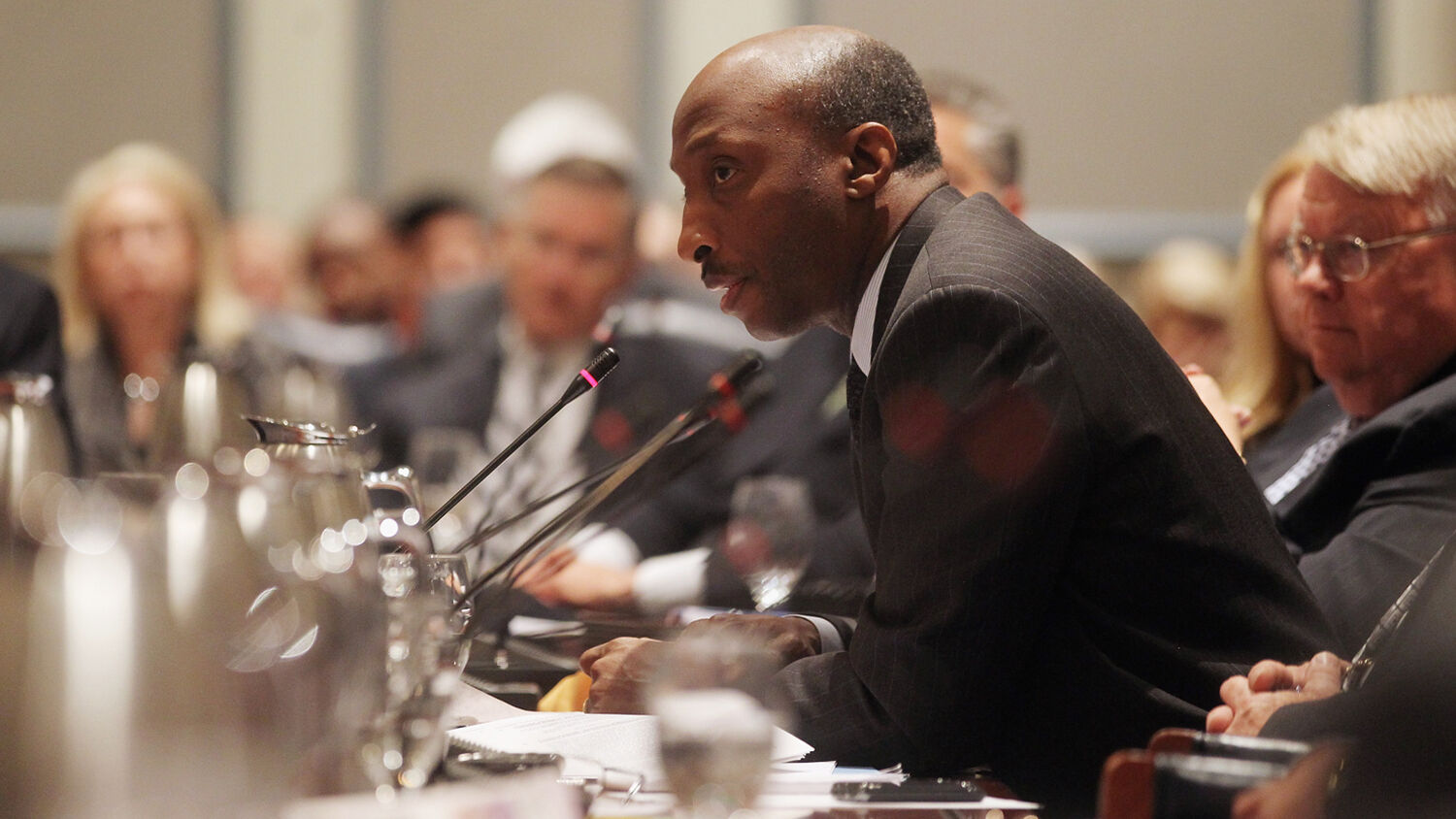 As the United States Senate considers new legislation to revamp America’s election laws, a Rasmussen survey finds that 75 percent of likely U.S. voters believe people should be required to show photo identification before voting. Yet despite the overwhelming public support for voter ID requirements, the chief executive officers of more than 200 U.S. companies signed a statement released on April 14 opposing “any discriminatory legislation” making it harder for people to vote.

It was initially Merck & Co. ceo Kenneth Frazier and former ceo of American Express Kenneth Chenault who led a group of black executives in calling on companies to oppose voter ID requirements around the country. But executives from Amazon, Apple, Delta, Facebook, General Motors, Google, Microsoft, Netflix, Starbucks, and hundreds of other companies have since signed their statement, which was advertised in the New York Times and the Washington Post.

Donald Trump and Senator Minority Leader Mitch McConnell have both called for big business to stay out of politics, but American ceos show no sign of backing down.

On April 2, Major League Baseball commissioner Robert Manfred announced that the 2021 All-Star Game would be moved out of Atlanta due to Georgia’s new law requiring absentee voters to verify who they are by submitting a driver’s license number or some other form of identification. On April 11, Lynn Forester de Rothschild organized a meeting of more than 100 business leaders to explore how to push back against voter ID requirements being considered in state legislatures across the country.

In other words: ceos are looking for ways to enact laws opposed by the vast majority of Americans.

By opposing voter ID requirements, American ceos are not really looking out for ethnic minorities. Ninety-three percent of Americans already have government-issued photo identification, and the only group being denied such identification is illegal immigrants. But corporate America is no stranger to the benefits of cheap, illegal labor. So the push by ceos to nix voter ID requirements is likely a plan to bring more undocumented workers to America, workers who will compete with Americans for jobs.

Perhaps even more concerning than the fact that the radical left is working with corporate America to flood the nation with illegal immigrants is the fact the radical left is working with corporate America to pressure legislatures into passing laws that the vast majority of voters do not want. America’s founders devised a system of government where the people elect senators and congressmen to make laws for the good of the country—and a president to make sure those laws are faithfully executed. But now a cabal of business executives is working to transform the nation into an oligarchy by pushing lawmakers to enact policies that most of their constituents do not want.

In a letter to Joe Biden released on April 13, more than 300 corporate leaders called on the Biden-Harris administration to set a new Paris Agreement goal of slashing greenhouse gas emissions to at least 50 percent below 2005 levels by 2030. That goal is nearly double the emissions reduction target set by the Obama-Biden administration, and well beyond what America can achieve without sending a big chunk of its greenhouse gas-emitting industries to nations that do not care about pollution.

In fact, Dr. Ali Hasanbeigi, the chief executive of Global Efficiency Intelligence, authored a report in 2018 showing that 25 percent of global carbon dioxide emissions are generated when manufacturing goods for export to other countries. The United States has made major strides in reducing greenhouse gas emissions at home by importing more steel, cement and other goods from factories in China. This reality is why Donald Trump said in 2012 that “[t]he concept of global warming was created by and for the Chinese in order to make U.S. manufacturing noncompetitive.”

Mr. Trump was half-joking when he implied that global warming was a hoax invented by Communist China, but he was dead serious about the threat China poses to the U.S. economy.

Political columnist Lee Smith noted how America’s political and corporate elite see China’s massive workforce as the linchpin of a new economic order. So, they have sold out to China. “The central pillar of the corrupt new order is the American elite’s relationship with China,” he wrote in the Tablet. “American political and corporate elites didn’t choose decline. They chose to get rich. By shipping America’s manufacturing base off to China, they seized a business opportunity the likes of which had never been seen before—an enormous captive labor force controlled by an authoritarian regime that guaranteed the steady production of goods at a fraction of what it would cost at home.”

Corporate America uses climate change as an excuse to send manufacturing jobs to China, like it uses accusations of racism as an excuse to bring undocumented workers to the United States. So the fact that the Paris Climate Agreement demands more of U.S. industry than it does of Chinese industry may be a deliberate attempt to force U.S. companies to open factories overseas. Since the Clinton White House granted China most favored nation trade status in 2000, over 3.7 million jobs have been lost to China. And the Biden-Harris administrations may send many more American jobs offshore.

This does not make the average citizen happy. But a 2014 study by Princeton University Prof. Martin Gilens and Northwestern University Prof. Benjamin Page found that “economic elites and organized groups representing business interests have substantial independent impacts on US government policy, while average citizens and mass-based interest groups have little or no independent influence.”

America is becoming a deep state oligarchy where the elites make the decisions. Therefore, if ceos want to nix voter ID laws and send U.S. jobs to China, that will likely happen.

Trumpet editor in chief Gerald Flurry explained in his article “Who Is the Modern-Day Jeroboam?” that Donald Trump is an end-time type of the ancient Israelite King Jeroboam II.

In the time of Jeroboam, Israel expanded its borders and took control of the trade routes connecting the Assyrian and Egyptian empires. A new class of powerful Israelite elites grew rich trading in olive oil, wine and war horses. But these elites used their wealth to exploit their own people, and the gap between the rich and the poor grew larger (Amos 6:1-7). The Prophet Amos condemned these powerful elites, saying they “swallow up the needy, even to make the poor of the land to fail” (Amos 8:4-7).

Today, this same attitude is in America—especially among the oligarchical class selling America’s industrial might and natural resource wealth to foreign nations for profit. They put far away the evil day and refuse to mourn for the affliction of their nation. Donald Trump built his political campaign on a promise to drain the swamp and start fighting for the interests of the American people. But his campaign will be short-lived if the American people do not repent of the sins that brought the nation to the point where a cabal of corporate executives, establishment politicians, and “deep state” bureaucrats could take over and start making decision for everyone.