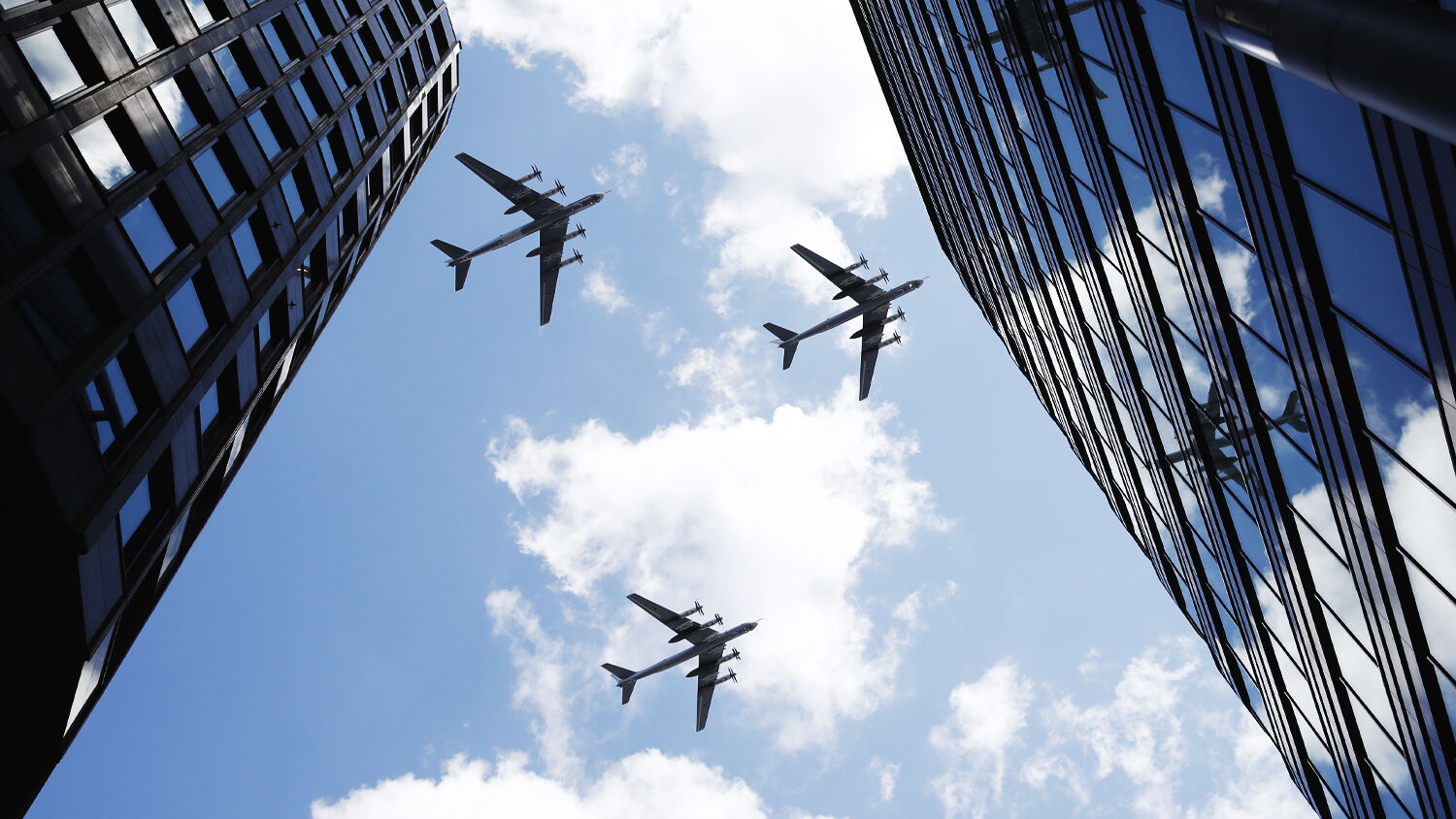 After radars spotted two groups of Russian aircraft, Norwegian F-16s scrambled to intercept the two Tu-95 bombers flying near its coast. The bombers, however, simply continued along the North Sea. This prompted the United Kingdom and Belgium to deploy their Typhoon and F-16 fighters as well.

A similar scenario played out over the Black Sea. Turkey, Romania and Bulgaria all detected approaching Russian aircraft, and their fighters scrambled to shadow them until they left the area. In the Baltic Sea, Italian fighters shadowed a Russia maritime patrol aircraft all the way into and out of Kaliningrad.

On its website, nato lauded the “safe and routine manner” in which the interceptions were conducted. But it also said that the Russian aircraft actually “never entered Alliance airspace.”

In 2004, Russian President Vladimir Putin manipulated Russia’s electoral process, ensuring his party’s victory and moving the nation toward a dictatorship. Trumpet editor in chief Gerald Flurry called it a move that struck “intense fear” in Europe. 2008 showed why.

After the former Soviet state of Georgia signaled its intent to join nato, Putin responded by triggering a chain of events that led to a Russian invasion of Georgia. In just one week, Russia carved off and assumed control of over a fifth of Georgia’s territory.

The 2014 Crimean crisis followed a similar pattern. Ukraine was drawing closer to the European Union, and it was in the early stages of economic and political integration with Europe. But again, Putin triggered a chain of events that redrew Ukraine’s borders, and Crimea was incorporated into Russia.

Mr. Flurry noted “the amount of fear that Russia’s attack generated” in Europe.

This has been the case for decades. In his article “The Crimean Crisis Is Reshaping Europe!” he explained Bible prophecies in the books of Daniel and Revelation that discuss “ten kings,” or strongman-style rulers, who will unite their nations in the near future (Daniel 2:41; Revelation 17:12). The Bible reveals that they represent a bloc of 10 European leaders led by Germany that will play a key role in prophecy.

But what causes these leaders to unite? Mr. Flurry explained:

It is clear that in Europe today the 10 kings are not on the scene yet. But Europe’s collective fear of Russia is building. As Russia keeps pushing, these nations will see that they cannot stand up to it individually, but only if they are banded together and stronger militarily. Putin’s Russia is again triggering a chain of events, but this time, it will lead to an event unlike any other seen before on this Earth.

The Bible shows that this European empire is going to become a military juggernaut in the rapidly approaching nuclear World War iii. And fear of Russia is one factor that will cause it to come together.

“Russia has a vital role to play in World War iii,” Mr. Flurry wrote. “You need to understand this urgent and world-shaking event. It will affect your life.” Please read “The Crimean Crisis Is Reshaping Europe!” and “Russia Frightens Europe—and Fulfills Bible Prophecy” to fully understand how.