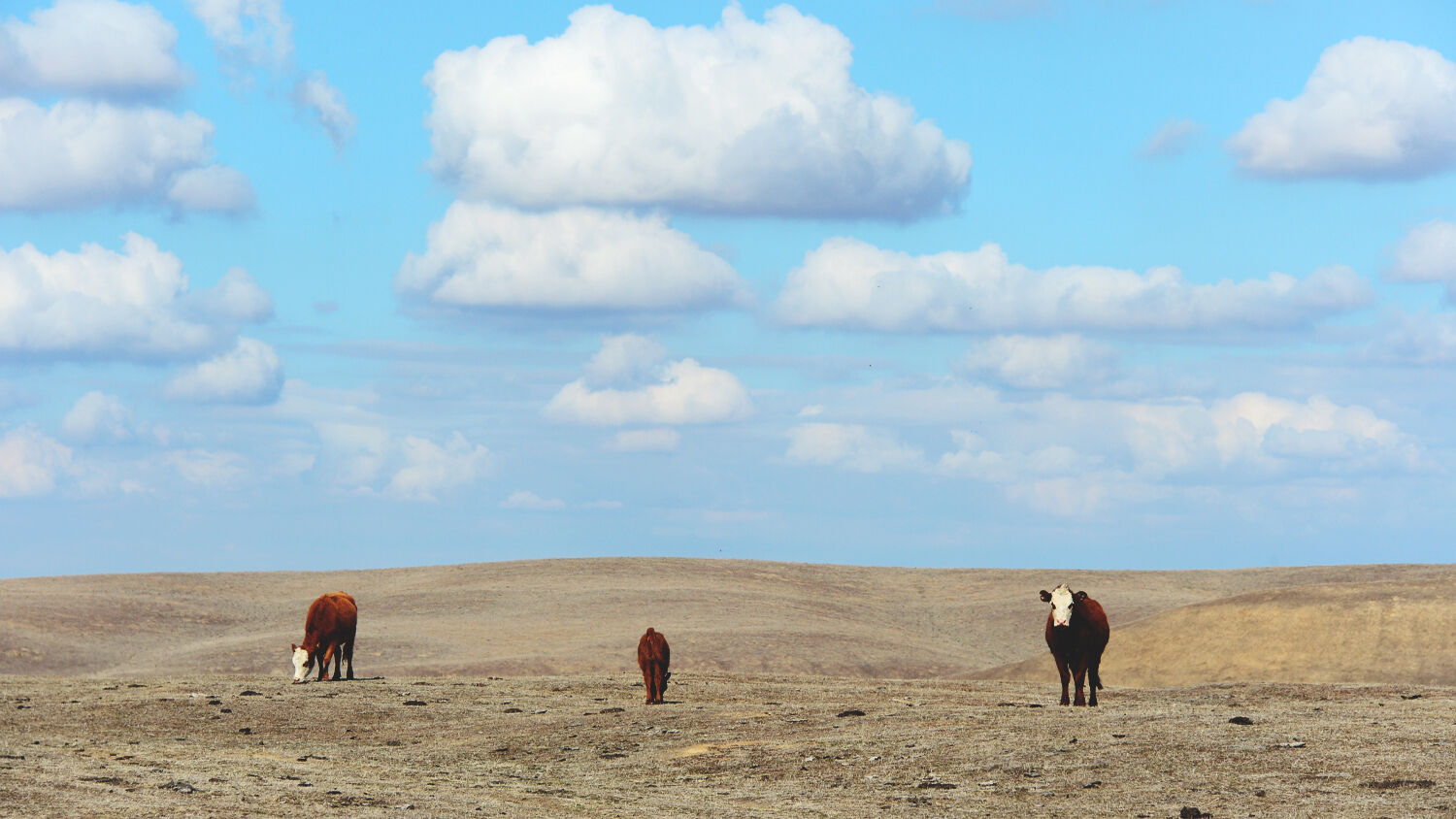 A vast tract of land stretching from the Pacific Ocean to the Mississippi River is suffering from moderate-to-severe drought. Utah Gov. Spencer Cox declared a state of emergency on March 18 due to extreme drought. “We continue to pray and encourage people of faith to continue to do that, that we will have more storms,” he said. “There are some in the forecast that we’re grateful for, but we are going to need Utahns to be especially careful this year.”

Along with parts of Arizona, California, Nevada, New Mexico and Oregon, Utah is among several Western states in extreme drought. Since Utah is naturally one of the driest states in America, it relies heavily on snowpack water from the Rocky Mountains. Yet according to Governor Cox, Utah currently has only 70 percent of its normal snowpack levels. So unless the state receives the remaining 30 percent before the snow starts to melt in April, the drought will continue.

Rancher Jimmie Hughes told the Wall Street Journal that all 15 ponds he keeps to water his cattle dried up at the same time this year—something that has never happened before. And while mountain snowfalls could help Utah, they would not do much for Southwestern states, which are suffering from one of the driest monsoon seasons on record.

The situation is made worse by the fact that this year’s drought is only the latest in a series of devastating droughts.

A study published last year in the journal Science found the 19-year span from 2000 to 2018 was the driest in the history of the Southwestern United States since the late 1500s, and the second-driest since a.d. 800. This study was largely based on tree-ring reconstructions of summer soil moisture. It confirms the findings of studies showing that over the last 400 years, the U.S. has received some of the best weather North America has had in two millennia. But this four-century-long period of fair weather seems to be coming to an abrupt end.

Most media coverage of the current megadrought in the Western United States blames the abnormally dry conditions on man-made global warming. But this assessment ignores data showing that droughts used to be worse before European settlers came to the New World. An American Meteorological Society report titled “2,000 Years of Drought Variability in the Central United States” by Connie Woodhouse and Jonathan Overpeck explicitly states: “Historical documents, tree rings, archaeological remains, lake sediment and geomorphic data make it clear that the droughts of the 20th century, including those of the 1930s and 1950s, were eclipsed several times by droughts earlier in the last 2,000 years, and as recently as the late 16th century. In general, some droughts prior to 1600 appear to be characterized by longer duration (i.e., multidecadal) and greater spatial extent than those of the 20th century.”

It appears that a general greening trend began shortly before the first British colonist arrived in North America and has continued until just recently (with the notable exceptions of the severe droughts of the 1930s and 1950s). So the question every American should be asking is, why is this period of rain in due season ending? Are greenhouse gas emissions really behind America’s megadrought? Or is there some other overlooked cause?

The late Herbert W. Armstrong proved in The United States and Britain in Prophecy that the U.S. and Britain are largely descended from the ancient Israelite tribes of Manasseh and Ephraim. He also described a detailed prophecy in Leviticus 26 where God promised to punish ancient Israel for 2,520 years if it defied His law. The Assyrian Empire enslaved the Israelites and carried them away captive in 718 b.c. Count forward 2,520 years and you arrive at a.d. 1803, the year President Thomas Jefferson purchased the Louisiana Territory and America started becoming a superpower.

The astonishing prophecy explains the real reasons that Great Plains megadroughts ended in the 16th century: God was preparing to bless the descendants of ancient Israel by making America the undisputed breadbasket of the world.

Leviticus 26 also explains why megadrought are coming back. God told America’s Israelite ancestors that if they disobeyed His statutes, judgments and commandments, then He would punish them. “And I will break the pride of your power; and I will make your heaven as iron, and your earth as brass: And your strength shall be spent in vain: for your land shall not yield her increase, neither shall the trees of the land yield their fruits” (Leviticus 26:19-20).

The fact that two thirds of America is suffering from drought should be a wake-up call!

Elsewhere in the Bible God reveals how to end megadroughts and other natural disasters. In 2 Chronicles 7:13-14, He says, “If I shut up heaven that there be no rain, or if I command the locusts to devour the land, or if I send pestilence among my people; If my people, which are called by my name, shall humble themselves, and pray, and seek my face, and turn from their wicked ways; then will I hear from heaven, and will forgive their sin, and will heal their land.”

For more information on the promise God makes in 2 Chronicles 7:13-14, and how it reveals the solution to America’s weather problems, please read “Is God Answering America’s Prayers?”, by Trumpet editor in chief Gerald Flurry.