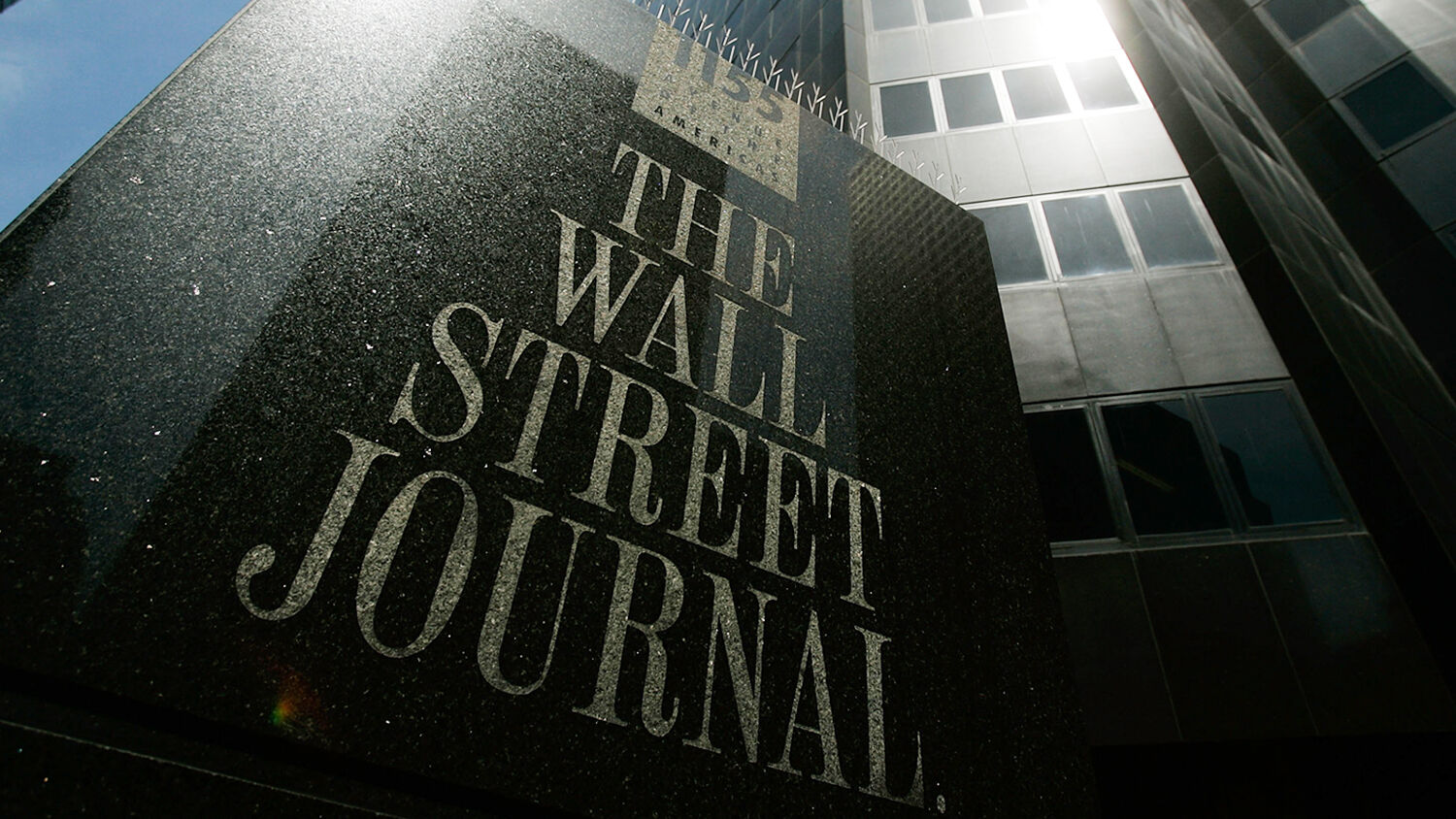 A leak about Israeli attacks on Iran’s ships is just the opening scene where America justifies empowering Iran at the expense of the State of Israel.

jerusalem
The goal of the Biden administration’s foreign policy in the Middle East is to empower radical Islamists at the expense of America’s traditional allies. While this goal seems ill advised since it is the desire of radical Islamists to destroy America, it nevertheless is the unstated goal of the current government, just as it was for the Obama administration.

Pulling off any such irrational, self-defeating foreign policy is difficult for democratically elected leaders as the public rarely continues to vote in a government averse to its own continued existence. So the goal must be hidden, cloaked behind plausible deniability. An effective public relations campaign that provides cover for the plot is essential.

It is easier for those of us in the Middle East to see through the campaign of lies regarding Iran. We are regularly on the receiving end of the fanatical regime’s wrathful actions. If you were forced to repeatedly run for cover under a barrage of rockets fired by Iran-backed proxies, like I had to a couple years ago, you would quickly see through the deceit too.

But for those who remain as yet largely untouched by Iran’s terrorist tentacles, the narrative is effective.

Barack Obama’s years in office are a masterful example of how pushing false narratives can cloak a real ambition to empower radical Islamists at the expense of America’s traditional allies.

Operationally, it meant saying that the “daylight” that it put between America and Israel actually helped America become more unbiased, and thus was key to being an effective peacemaker between Israel and the Palestinians. In reality, it announced to Israel’s enemies that the United States was deserting.

It meant loudly endorsing pure democracy in Egypt that led to the downfall of American ally Hosni Mubarak, knowing full well that the Muslim Brotherhood would take over the nation.

It meant “bringing the boys home” from Iraq at precisely the wrong time to precipitate the rise of the Islamic State. America was then “forced” to endorse the powerful rise of Iran-backed militias in Iraq, the very powers the U.S. had been fighting for a decade. They have since taken over Iraq and regularly fire missiles at the remaining 2,500 U.S. troops in the country.

It also meant the greatest con job of all: directly empowering Iran, the world’s leading state sponsor of terrorism. This was the hardest sell of all as Americans knew that Iran was wicked. Its mobs literally chant “Death to America” every Friday. Nevertheless, under the guise of a nuclear agreement that claimed to stop Iran’s quest for the bomb, Barack Obama was able to push a policy that gave Iran access to over $100 billion and a free pass to support the wars of its allies and proxies in Syria, Yemen, Lebanon and Iraq. And the mainstream media and much of the American public bought it.

Cut through the rhetoric of the Obama administration, and hindsight should tell us that Obama’s goal was to support the bad guys at the expense of the good guys.

Now the Biden administration is returning to the same policy of empowering the radical Islamists led by Iran. They are going about this in two ways. First, it is actively pursuing more negotiations with Iran that would reset the terms of the nuclear deal, giving Iran access to the money it needs to export jihad.

Second, it is downgrading its support for anti-Islamist powers—also known as America’s traditional allies.

All hands are on deck for this second task.

Under the guise of “recalibrating ties,” Biden has pulled all support for Saudi Arabia’s war against the Iran-backed Houthis. He annulled the Senate-endorsed weapons deal the Saudis needed to defend against Iran.

He also brought his weaponized intelligence agencies into the fray by releasing a bogus assessment claiming that Crown Prince Mohammed bin Salman, de facto ruler of Saudi Arabia and anti-Iran hawk, directly ordered the murder of journalist Jamal Khashoggi in 2018.

By creating a narrative that Saudi Arabia is an evil, human rights abuser, the Biden administration is justifying moves that actively weaken the state as a hedge against an Iranian takeover.

But Saudi Arabia is the low-hanging fruit. It is easy to pull the wool over Americans’ eyes with the Saudis.

But what about Israel? Are you going to fall for the Biden administration’s public relations campaign that it will employ to justify weakening the State of Israel?

Be warned, the narrative war has already begun.

As I discussed at length on my Watch Jerusalem podcast this week, the Biden intelligence agencies purposefully leaked bombshell information to the Wall Street Journal on March 11 stating that since 2019, Israel has targeted at least a dozen Iranian vessels bound for Syria. The story came just two weeks after Israel blamed Iran for attacking an Israeli-owned vessel in the Gulf of Oman, and a day before Iran claimed Israel attacked another of its vessels in the eastern Mediterranean. The story was perfectly timed to provide context and excuses for the Iranian attacks on Israeli shipping.

The intent of this leak is to equate Israel’s actions with Iran’s. It also announces to the Israeli public that the Biden-Obama administration’s public relations war against Israel has begun.

The purpose of the wsj article—and the Biden administration’s modus operandi going forward—is to create the illusion that although Iran might be a state sponsor of terrorism, it is not unique in its attacks against other nations. In fact, Israel is acting the same way. It seeks to claim that Iran is forced to behave the way it does because of the offensive actions of Israel and Saudi Arabia. Is it fair, then, for the U.S. to sanction Iran while it gives Israel and Saudi Arabia a free pass?

Or so the WSJ will want you to think.

Typically, leaks like this go through the Washington Post or the New York Times. Unfortunately, this is a sign that the wsj is joining the propaganda media as well.

This article may look harmless on the surface. It is simply reporting facts. However, the fact that it was a leak from Biden’s weaponized intelligence agencies shows it is part of the narrative war against Israel.

After a brief intermission, Act 2 of Obama’s Middle East foreign policy is here. This leak about Israeli attacks on Iranian ships is but the opening scene where America justifies empowering Iran at the expense of the State of Israel.

Don’t expect the cover to be blown on this latest attempt to take down Israel. Most of the media will follow along dutifully. As a leading journalist exposing Barack Obama’s “deep state” confirmed to me recently, America is currently trying to “build up Israeli negatives”—a list of negative stories about Israel that the Biden administration will use to justify destroying the brotherhood between the United States and Israel—and empower Iran.

Naturally, the question of why Obama and now Biden would pursue such a seemingly irrational foreign policy arises. This question is tough to answer; in fact, it is a mystery. However, it can be understood by turning to the pages of the Bible. To guide you in understanding why the United States would choose to empower Iran instead of its brother Israel, you need to read “The Barack Obama Mystery,” by Trumpet editor in chief Gerald Flurry. Also, please request his free booklet Great Again—it puts Obama’s dangerous foreign policy in context with his broader ambition.