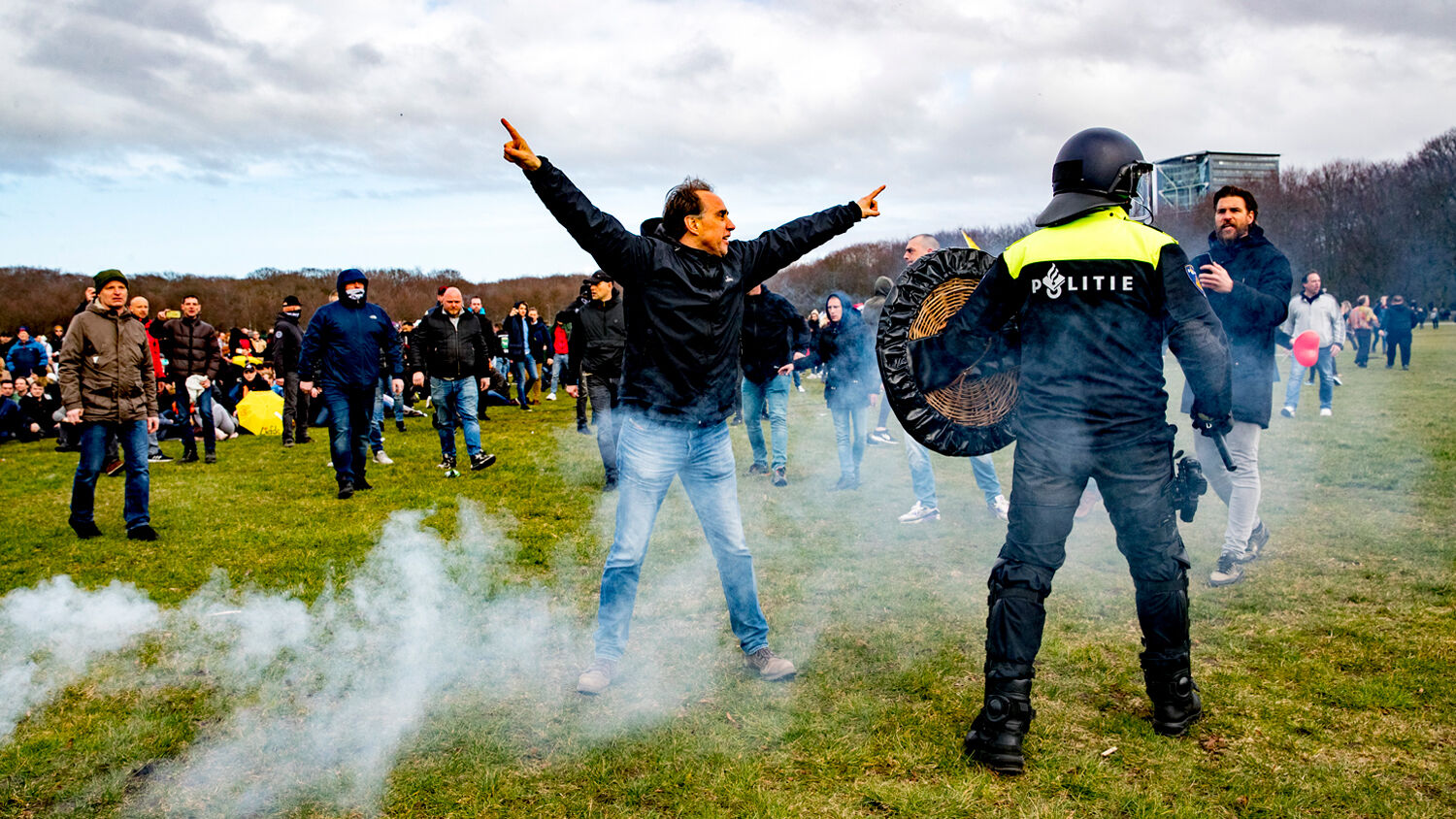 Police confront protesters against coronavirus policies and the government on March 14 at The Hague, Netherlands.
Niels Wenstedt/BSR Agency/Getty Images

Was it worth shutting down the economy, closing schools, and causing depression rates to surge in an effort to slow down the so-called pandemic? Could it be that the cure was indeed worse than the disease?

The effectiveness of the coronavirus lockdown is now being called into question. The mainstream media has generally remained silent on the issue. But on March 8, Germany’s Die Welt asked: “Is There Really No Alternative to Lockdown?” (Trumpet translation throughout).

The Trumpet’s forecast has once again proved to be ahead of its time.

Yet even though more and more are questioning the lockdown, any opposition is still being stamped out, even brutally in some cases. For example, on Sunday, Dutch protesters were beaten by police as they demanded freedom from the strict measures.

Dutch riot police use a water cannon and dogs to break up a demonstration to protest government policies including the curfew, lockdown and coronavirus related restrictions in The Hague, Netherlands, Sunday, March 14. pic.twitter.com/JgVTIt8Jz3

In less extreme cases, protesters throughout Europe are shunned and ridiculed. But why are people not allowed to decide for themselves if they, for example, want to risk enjoying fresh air with their friends? Governments hate questions like this one. Instead of providing answers, they’d rather focus on how “successful” lockdowns are. But even that success is questionable.

“It is one of the puzzles of the pandemic: The German government has sold falling infection figures as the success of the lockdown although the figures are developing similarly in less strict Sweden,” Die Welt noted. Stanford professor of medicine John Ioannidis concluded in a study at the end of 2020 that a lockdown with exit restrictions and business closings was not necessarily effective and that there was “no evidence” of a significant contribution to the decline in the number of cases.

Consider, for example, the United States. The rate of infections in Florida (which has less-strict measures) is 8,979 per 100,000 people; restrictive California has 9,079 infections per 100,000. Additionally, the rate of deaths per 100,000 in Florida is 146, versus 135 in California. These numbers don’t justify a lockdown that robs people of their freedoms and ability to make a living.

But the effects are even worse. Loneliness, depression and suicide are all resulting from the strict lockdown measures. And it’s especially devastating for the youth—the group least affected by the virus. On March 10, Bild.de wrote an article with a sobering title: “One in Five Children Who Come Forward Have Suicidal Thoughts.” The article highlighted that German Chancellor Angela Merkel is having to face reality, as she is confronted with citizens’ daily struggles.

Psychology student Bernd Janning wrote: “Children who are beaten up or locked up write to us several times a day. … With all the load increases by the lockdown, the nerves lie bare. Every fifth child who writes in has suicidal thoughts and is hurting himself. Many people feel nothing but futility during the coronavirus.”

“The rate of anxiety, depression and exhaustion has increased in Germany, but also in other countries,” says psychiatrist Mazda Adli, chief physician at the Fliedner Klinik Berlin and head of the affective disorders research department at the Berlin Charité. “We experience that people with previous mental illnesses suffer relapses after sometimes years of stability.”

Our world is becoming increasingly depressed and hopeless. Failed government action, the loss of loved ones and economic despair are tearing our nations apart.

At the start of the pandemic, Trumpet executive editor Stephen Flurry wrote, “covid-19 will eventually go away, but what will be the long-term impact of the drastic countermeasures taken to fight the disease?”

Once again, the failure of human government is being exposed.

I encourage you to read Mr. Flurry’s article “The Cure Is Killing Us” for God’s perspective on the recent pandemic and the suffering it has brought. In that article, Mr. Flurry discussed God’s solution to sickness and man’s flawed government.

Also request a free copy of The Plain Truth About Healing, by the late educator Herbert W. Armstrong. In this short booklet, Mr. Armstrong exposed the twisted science of modern medicine. He wrote:

What, then, is the medical profession? Remember, it is only one of several of the so-called healing arts developed by man. My parents, when I was a young boy, used a homeopathic doctor. There are osteopaths—although they now also practice medicine and are accepted by the medical profession. There are chiropractors—and I personally knew the founder of chiropractic, B.J. Palmer of Davenport, Iowa.

But the medical fraternity is by far the largest in number. They have allotted a very huge sum of money to operate a lobby in Washington, D.C., to influence government legislation. The medical profession has become so powerful that an m.d. could quarantine even the president of the United States and enforce his virtual imprisonment in the White House. In such an instance, the medical profession has even more power than the president of the United States!

Though few realize it, the Bible does teach how to deal with sickness. It also condemns our modern scientific, medicine-crazed world in the strongest of terms. Please request and read the above-mentioned literature to understand the real cure the world so desperately needs.