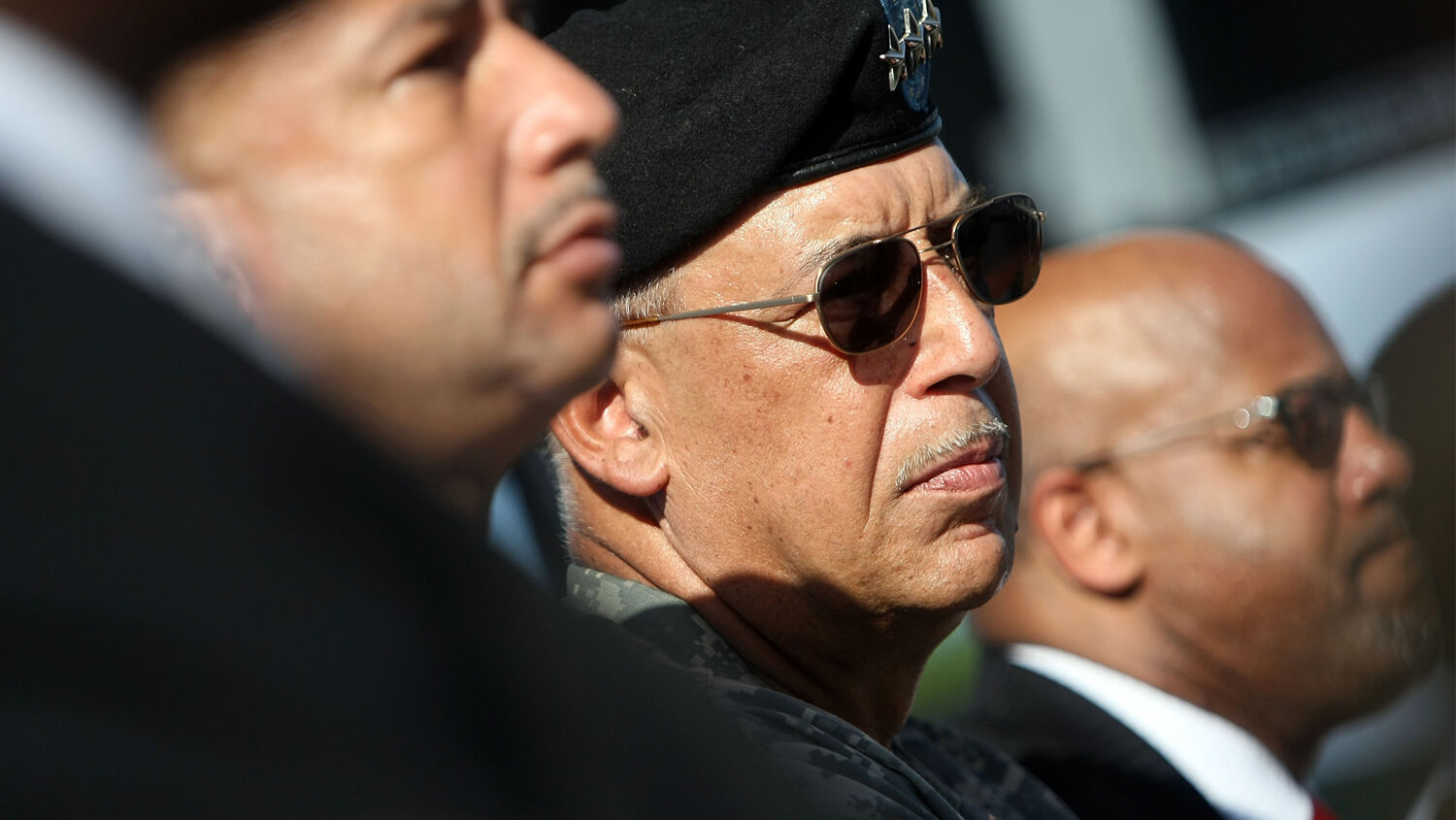 A Bible prophecy shows that the radical left’s efforts to seize control at any cost could seriously backfire.

Last Monday, retired Army Lt. Gen. Russel Honoré presented a list of recommendations to the House of Representatives regarding security in Washington, D.C. He wants more police officers, stronger intelligence gathering, an increased National Guard presence, the stockpiling of portable fencing for around the Capitol, more bomb-sniffing dogs, and a return to horse patrols.

All this to prevent another “insurrection” such as what happened at the Capitol on January 6.

General Honoré was asked to perform this security review by House Speaker Nancy Pelosi on January 15. Pelosi said that “General Honoré has been assessing our security needs by reviewing what happened on January 6 and how we must ensure that it does not happen again.”

That statement was a diabolical lie. General Honoré came to his conclusions about what happened on January 6 before he even began his investigation.

The day after the Capitol riot, Honoré suggested that the siege of the Capitol building was an inside job and that the Senate sergeant at arms might be implicated in the plot. He said, “A police chief has been fired, but now we need to look at a special investigation. Was he complicit along with the sergeant of arms in the House and the Senate? It gives appearance of complicity. He complied because he might have thought [President Donald Trump] was coming to the Capitol, and they gave way to the protesters who easily breached the Capitol.”

What is this man talking about? He speaks lies and crazy conspiracy theories. There is no evidence that police allowed rioters to break into the Capitol because they feared President Trump. It’s all made up!

In a radio interview that day, General Honoré pontificated on how conservatives on the Capitol Police Force were actually to blame for the Capitol breach. “By percentage, 30 to 40 percent of the line officers are Trumpsters,” he said. How does he know this? He did not cite any surveys. More importantly, who an officer voted for should be irrelevant in a criminal investigation. He’s implying that the political views of some 700 to 900 of the Capitol Police’s 2,300 officers make them irredeemably corrupt. This general is attacking sworn peace officers based on speculation about their politics. Why?

Sen. Ron Johnson said, “General Honoré is an extreme partisan and should be the last person to head up an investigation of what happened at the Capitol on January 6.” Many other observers have noted just how extreme his views are. Fox News host Tucker Carlson noted, “Like so many of our country’s ex-generals, this guy is an authoritarian and an unhinged one. He understands how to use force to achieve political objectives and it seems like he is being set up to use his military training against anyone who sees the world differently than he does.”

Now Honoré is spearheading Speaker Pelosi’s effort to marshal the force of the state against the American people. He is recommending the creation of an around-the-clock military presence at the Capitol that would cost taxpayers up to $130 million annually. This would turn the Capitol into a militarized zone akin to something you would see in a Third World banana republic!

General Honoré is no fan of the First Amendment either. He has told people to stop buying stock in any company that advertises on Fox News. He has accused the social media site Parler of being “100 percent complicit in the January 6 riot.” All of last year, General Honoré condoned the violent rioting in America’s cities, and he condemned the federal officers who were sent to Portland to protect the federal courthouse. He has insisted that U.S. Rep. Lauren Boebert shouldn’t be allowed to fly on commercial aircraft and that Sen. Josh Hawley should be run out of Washington, D.C., because of their political views. Do people want a man like Honoré to decide what they can say and whether or not they can own a gun?

As insane as this man’s statements are, this is the man Speaker Pelosi wants overseeing security. She and the radical Democrats are giving him considerable power at the Capitol. They have erected a wall around the Capitol building. They don’t want a wall along the Mexican border, but they want barricades around the Capitol to protect themselves.

What do you think a general like Honoré would do if he got in charge of a state like Oklahoma? Any organizations that criticized the radical left, he would want to shut down and treat as domestic terrorists!

Some Democrats are starting to wake up to the authoritarian threat posed by people like Nancy Pelosi and General Honoré. Former Democratic presidential candidate Tulsi Gabbard warned, “The John Brennans, Adam Schiffs and the oligarchs in Big Tech who are trying to undermine our constitutionally protected rights and turn our country into a police state with kgb-style surveillance are also domestic enemies and much more powerful and therefore dangerous than the mob that stormed the Capitol.”

What is going to happen here? It certainly seems the radical left are overplaying their hand in a way that many Americans would find contemptible and dangerous!

Some 74 million people voted for Donald Trump, and many politicians want to brand them all as terrorists! This is extremely alarming and is certain to backfire.

The Bible prophesies that America is going to experience another civil war. You can read about this in my article “America’s Coming Civil War.” So many signs point to unparalleled domestic unrest—and the fulfillment of this terrifying prophecy! Watch these signs, and take God’s prophetic warning to heart!