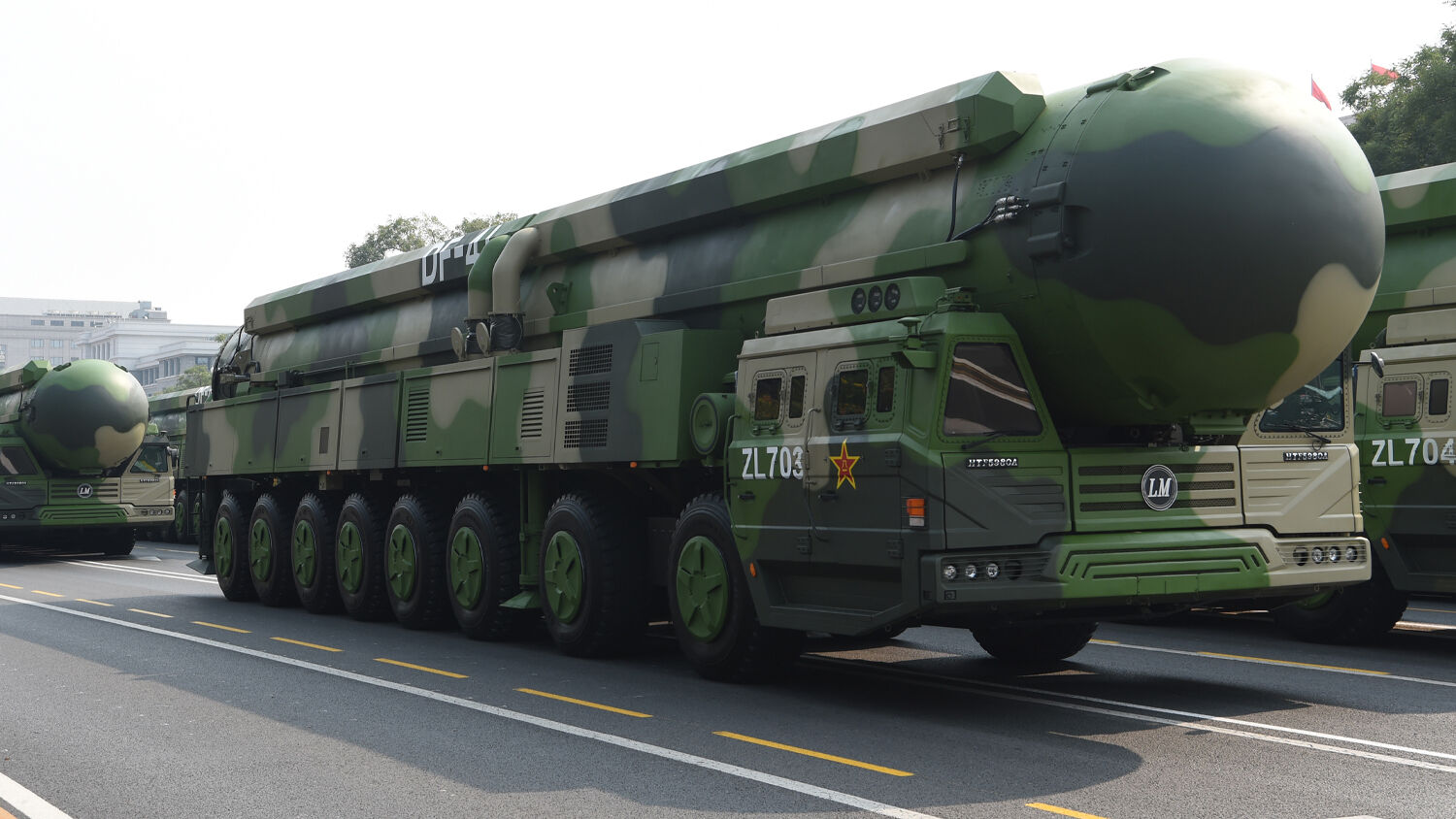 China’s goal is to have a nuclear force that, if attacked, can survive long enough to retaliate.

“They’re trying to build up the survivability of their force” by developing silo basing for their advanced missiles, Kristensen said in an interview.

Nearly all of the new silos seem designed to accommodate China’s latest DF-41 intercontinental ballistic missile, which can reach Alaska and much of the continental United States. Built with a solid-fuel component, it can be prepared for launch much quicker than the older missiles with the more time-consuming liquid-fuel system.

China’s goal is to have a nuclear force that, if attacked, can survive long enough to retaliate.

In its 2020 report on Chinese military developments, the Pentagon noted that Beijing intends to increase the peacetime readiness of its nuclear forces by putting more of them in underground silos. This would enable it to operate on a higher level of alertness, allowing it to swiftly launch retaliatory missiles in the event of an attack.

The new satellite images seem to corroborate this assessment.

China has just a fraction of America’s 400 loaded silos. By working rapidly to catch up, China could potentially start a vicious cycle of the security dilemma. What would happen if the United Kingdom, Russia, France, India, Pakistan, Israel and North Korea, the world’s other nuclear powers, all decided to build up their forces in an effort to counter the others?

At the Battle of Agincourt in 1415, arrows were the weapon of choice. Archery had evolved to the extent that 1,000 arrows were fired every second. After the battle, observers wrote that the white feathers from the flights were so thick on the ground, it looked like snow. Imagine if it were nuclear bombs, instead of arrows, raining down every second. That is where nuclearization is headed. The Bible prophesies that in the near future, nuclear weapons will be used en masse.

When speaking of the events to take place before His Second Coming, Jesus Christ said, “For then shall be great tribulation, such as was not since the beginning of the world to this time, no, nor ever shall be. And except those days should be shortened, there should no flesh be saved …” (Matthew 24:21-22).

Trumpet editor in chief Gerald Flurry writes in his booklet Nuclear Armageddon Is ‘At the Door’:

This is all tied to the Great Tribulation ….

How many Christian leaders do you hear even discuss Matthew 24? It is the most important prophetic message Christ gave when He was on this Earth! They talk about the person of Christ continually—but not His message. …

But He shall return and stop the nuclear war that is building now. “Only God can solve our number one problem: that of human survival,” Mr. Flurry writes. Request your free copy of Nuclear Armageddon Is ‘At the Door’ to learn more about exactly how God, and only God, will solve this problem.