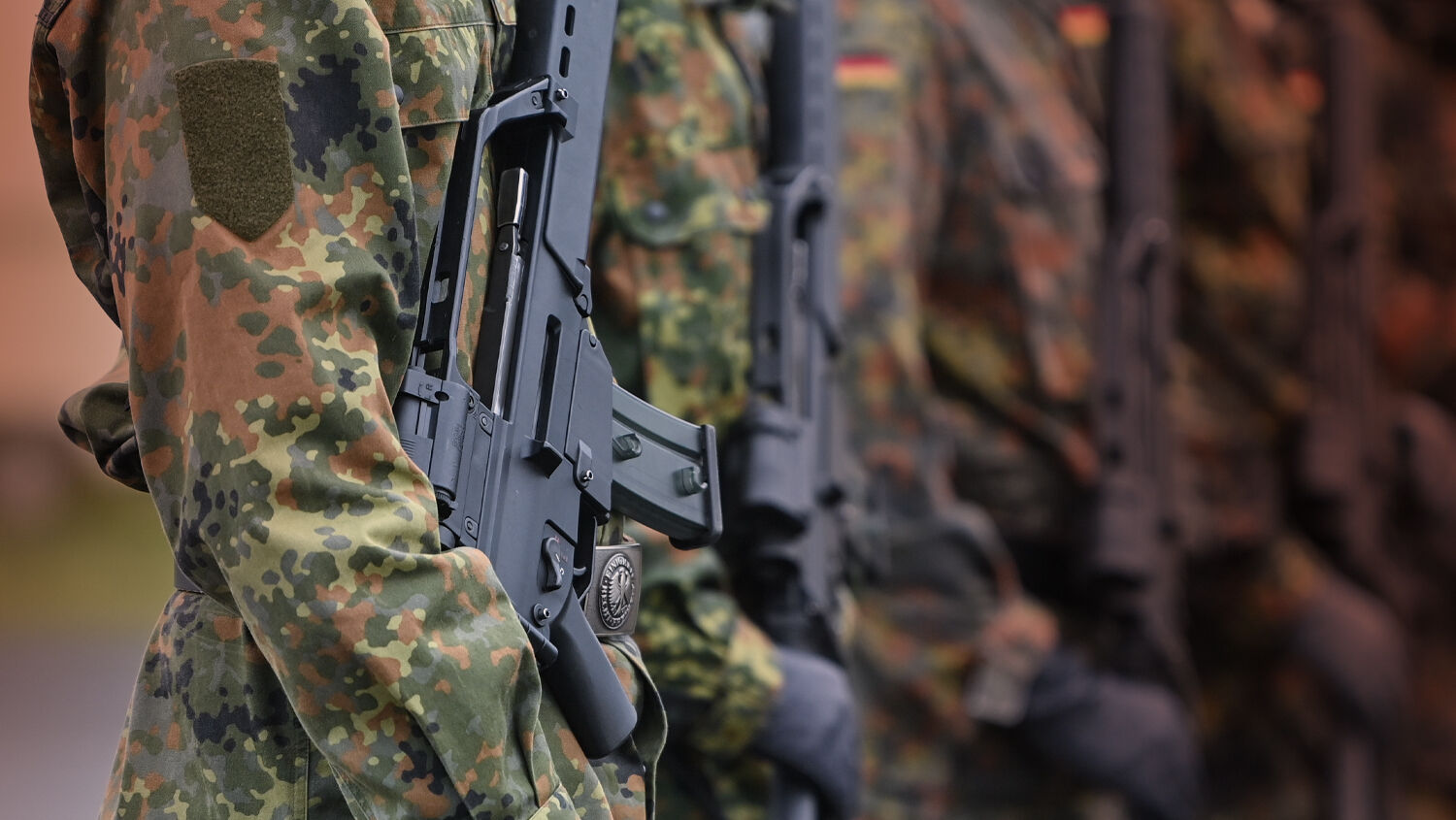 German Defense Ministry considers Heckler & Koch to be the only qualified arms manufacturer for its new assault rifle.

C. G. Haenel had originally been given the assault rifle contract; its model was not only cheaper but also considered more suitable to the Bundeswehr’s needs. Yet according to a recent report, concrete evidence pointed to patent infringements committed by Haenel. Following the revelation, members of parliament saw Heckler & Koch as the only remaining bidder. The order of 120,000 weapons harkens back to a dark history.

In the postwar era, Heckler & Koch has become one of the world’s leading manufactures of small arms, with subsidiaries in the United States, France and the United Kingdom. “For more than 60 years,” it notes on its website, “the company has been a reliable partner to security forces, the police and special forces of nato and nato-associated states.”

Regardless of Heckler & Koch’s current reputation, a recent revelation concerning the company’s founder, Edmund Heckler, should concern parliamentarians far more than a potential patent infraction. In an article from September 9 last year, Bild elucidated the company’s early beginnings and sinister cooperation with Adolf Hitler. For years, this history was kept secret, and Heckler was portrayed as “a victim of the war,” Bild noted. While many people would like to forget that history, it’s important to give it the proper consideration.

Heckler served in the arms industry as Hitler was rising in the 1930s. In 1936, Heckler became an authorized representative at German metal manufacture Hugo Schneider AG (hasag). hasag was soon recognized as a “National Socialist model company.” Heckler eventually became head of a plant in Taucha, Saxony. The report reveals that he used forced labor from concentration camps as the workforce for his plant. “More than 1,000 Jewish women as well as Sinti and Roma from the Auschwitz and Buchenwald concentration camps were deported here to assemble bazookas in Heckler’s factory,” Bild noted. “The forced laborers lived in wooden barracks behind barbed wire.”

This history should be deeply concerning for Germany’s parliamentarians. The current “cancel culture” is quick to judge the mistakes of some of history’s greatest figures—yet Heckler & Koch, a company built on the back of Jewish slave labor, is applauded for its 60 years of reliability in arming nations around the globe.

The Bundeswehr itself also shares a link to Nazi Germany. Many of the military’s founding members served as officers under Hitler.

Bible prophecy warns that Germany’s military will in fact rise one final time, terrorizing the Earth. Germany’s brutal militarism has merely gone temporarily underground. Revelation 17 says that when this power fully ascends, “the people who belong to this world … will be amazed at the reappearance of this beast” (verse 8; New Living Translation).

Allied forces pledged to prevent German rearmament. “We are determined to disarm and disband all German armed forces; break up for all time the German General Staff that has repeatedly contrived the resurgence of German militarism,” U.S. President Franklin Roosevelt and British Prime Minister Winston Churchill announced in February 1945. But now we are seeing the same arms companies arming the same militaristic Germany.

We at the Trumpet do not warn about Germany because we believe it to be inherently more evil than other nations. Far from it. As the late Herbert W. Armstrong explained in his booklet The Wonderful World Tomorrow—What It Will Be Like, we believe Germany will soon take a leading role in a better world to come.

But the Bible does warn that God will use the modern descendants of Assyria to punish His people and bring them to repentance. Our warning about Germany’s rise is primarily a warning for the modern descendants of ancient Israel, mainly the English-speaking peoples and the Jewish state of Israel. We also warn Germany against reviving its military roots, giving it a chance to repent.

To understand the full prophetic context of these prophecies, read “The Nazi Underground—Revealed!”, by Richard Palmer, and request a free copy of Nahum—An End-Time Prophecy for Germany, by Gerald Flurry. What we are seeing in the news today is the fulfillment of what was prophesied thousands of years ago. Our free literature will help explain what this means to you.