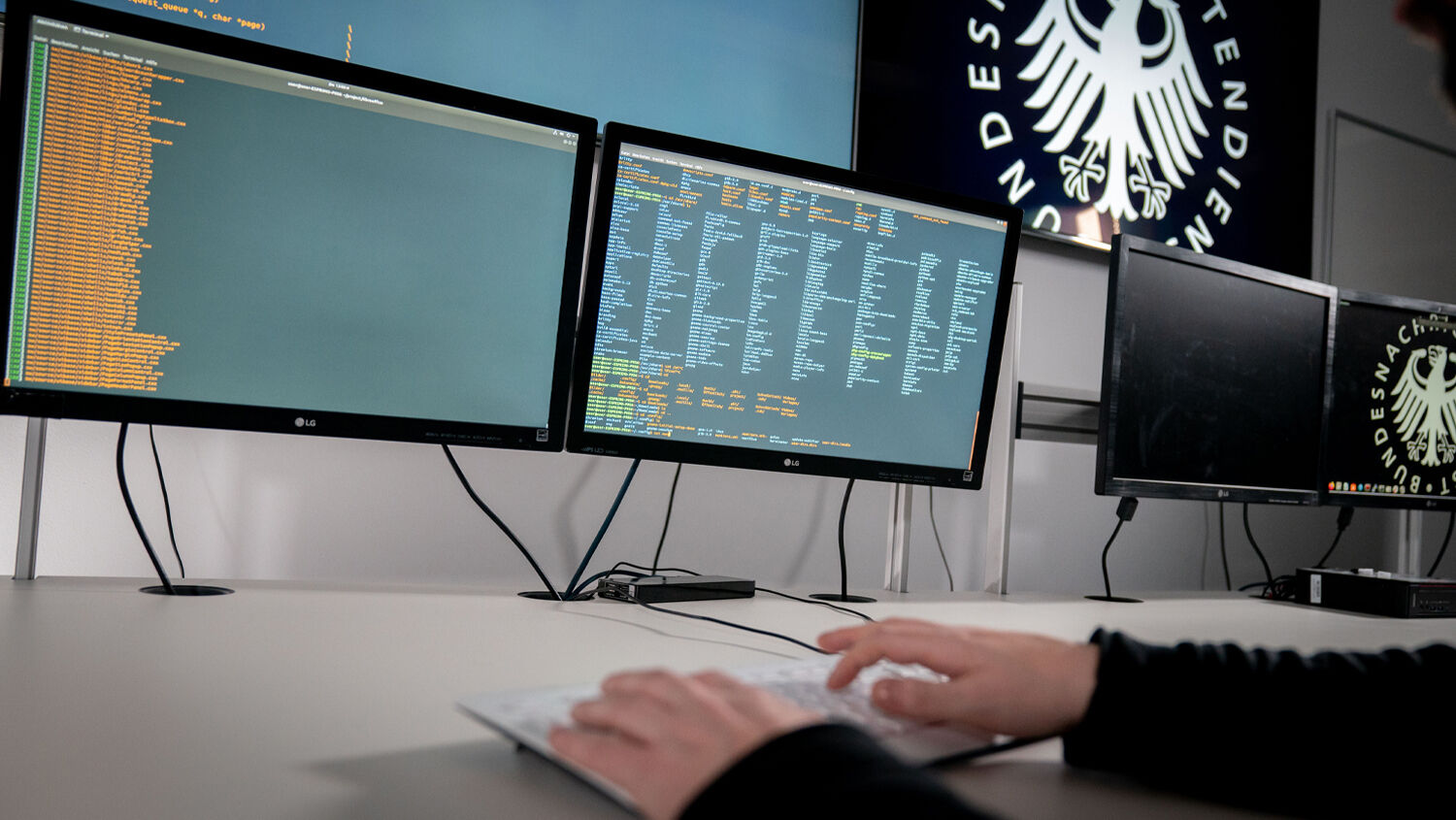 Lukas, a computer scientist and hacker, at the Federal Intelligence Service sits in front of screens during an interview.
Kay Nietfeld/picture alliance via Getty Images

Preparing for the wars of the future

The European Defense Agency (eda) held Europe’s first live-fire cyber exercise, according to a European Union press release on February 19. Over 200 cyber experts from 17 nations practiced defending European military assets from cyberattacks during the two-day event hosted by Estonia. European nations are increasing their efforts to prepare for the future of warfare, in which cyberwarfare plays a major role. Much of this is being funded by Europe’s coronavirus relief package.

To make the exercise as real as possible, cyberattacks happened in real time, professional attackers from several countries launched their attacks together, and the nations tasked with defending against them were not warned when the attacks would come or what type they would be.

Several military assets served as targets during the exercise. These included a drone control system and a network for communicating with satellites.

The eda wrote that “the entire exercise … used military planning and strategy similar to what is used in real cyber military operations.” It was designed to “push participants out of their comfort zone, asking them to use all tools, processes and procedures possible, even those not directly at hand in the exercise platform.”

Participants focused on learning to work together to counteract cyberattacks. Strategies and knowledge regarding cyberattacks are often shared between civilian organizations. However, the armed forces of different nations rarely share these, given the sensitivity of the information. The exercises, therefore, represent a major deepening of cooperation among European armies.

According to Estonia’s minister of defense, the exercises “will strengthen the resilience of the European societies and Europe as a whole.” More will be held at a later date.

The number of civilian and military devices connected to the Internet and satellite networks is constantly growing. Possibilities for a cyberattack increase accordingly. Many militaries around the world now have a formal cybercommand in addition to the regular armed forces. Europe’s three largest military powers (France, Germany and Italy) all have personnel dedicated to this field. Cyberwarfare in support of armed conflict has become more common since Russia’s invasion of Georgia in 2008. Today, it is expected.

Knowledge gained practicing cyberattacks is dual-use. Though usually labeled as defensive, it can also be employed in the other direction.

The EU has the necessary infrastructure to be a cyber superpower. In many ways, it already is. European data protection rules affect the entire world. Frankfurt, Germany, is home to the world’s largest Internet network exchange. This gigantic communications hub serves Europe, Asia, the Middle East and North America. The German company that manages Frankfurt’s exchange is building similar infrastructure in the United States.

In April 2020, before the long-term effects of covid-19 on the world scene were clear, Trumpet editor in chief Gerald Flurry wrote that the crisis would reshape Europe in a critical way. In “Coronavirus and the Holy Roman Empire in Prophecy,” he wrote, “One of the most important effects of the coronavirus crisis is taking place on the continent of Europe. It is hastening the fulfillment of one of the most crucial end-time prophecies of your Bible!”

Europe’s sudden rise will surprise the world. Bible prophecy shows this new superpower will betray and attack its former allies, the United States, Britain and other English-speaking nations. One of the ways this will happen is through cyberwarfare.

In a January 1995 Trumpet personal, Mr. Flurry highlighted a Bible prophecy in Ezekiel 7 which describes a time when “[t]hey have blown the trumpet, even to make all ready; but none goeth to the battle: for my wrath is upon all the multitude thereof” (verse 14). Mr. Flurry speculated that this could refer to a cyberattack on the United States, executed by a united European superpower led by Germany.

What European armies lack in numbers, they make up for by their heavy investment in future technology. Could Europe turn its cyber capabilities into a devastating first-strike weapon during a major conflict? Bible prophecy indicates it will.

The coronavirus crisis is reshaping Europe in ways that everyone should pay attention to. Much of this remains under-reported, yet it will have global consequences. You can know ahead of time how it will affect your world. To find out more, read Mr. Flurry’s article “Coronavirus and the Holy Roman Empire.”