Forward-thinking philanthropist or shadowy puppet-master? Here are the facts. 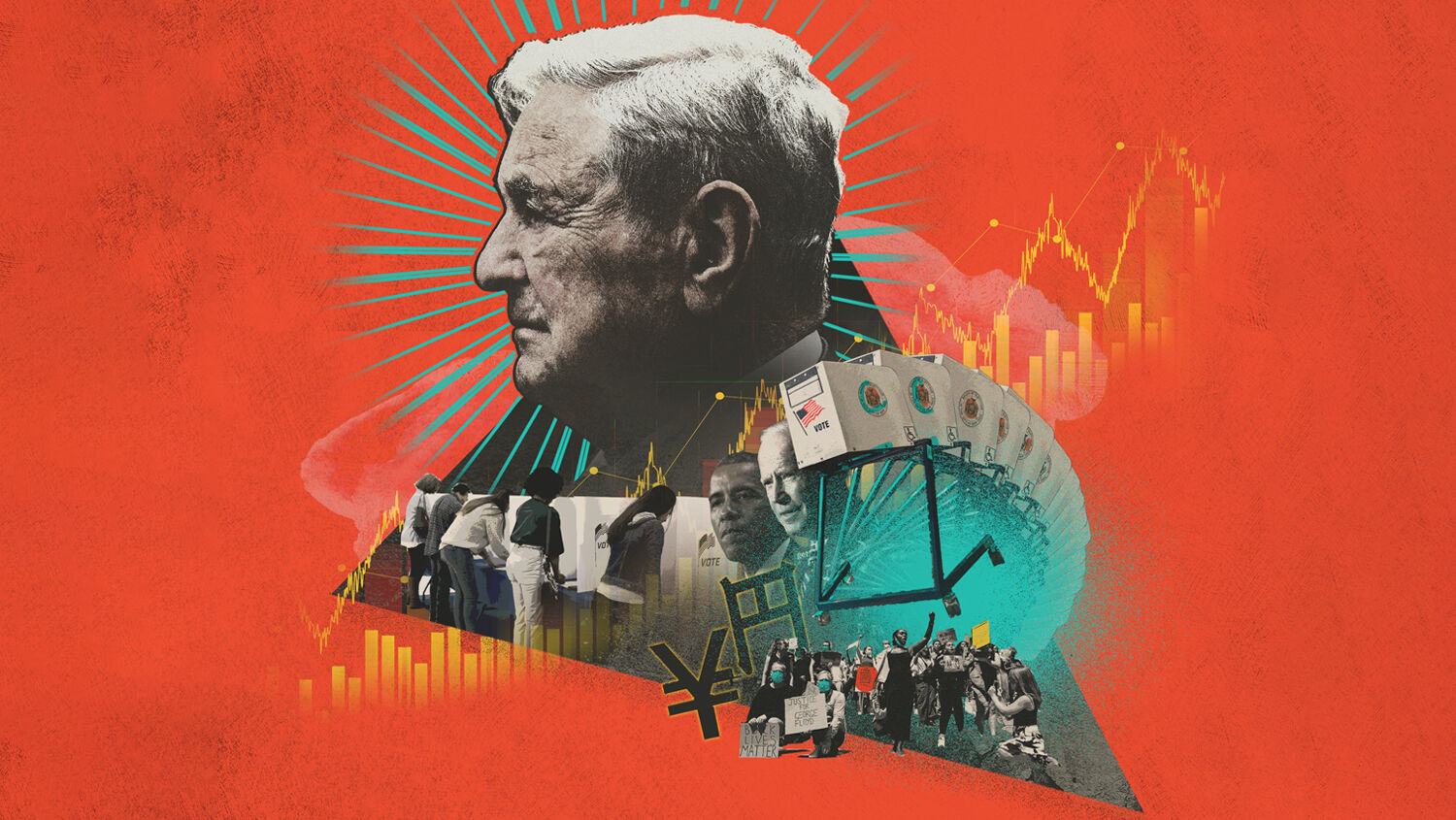 Forward-thinking philanthropist or shadowy puppet-master? Here are the facts.

George Soros is one of the most influential and controversial billionaires in the world. His net worth is currently $8.6 billion ($23 billion in 2017). And even at age 90, he is an activist, using his wealth to change society.

Who is George Soros?

He was born György Schwartz in Hungary in 1930 to a Jewish family. When the Nazis installed a puppet government during the Second World War, his father bribed a government official to take young George in as a “godson.” That official confiscated Jewish property in Hungary, accompanied by Soros, who was only 14 by the war’s end.

After seeing Hungary’s direction under the new Communist regime, Soros emigrated and enrolled in the London School of Economics in 1947. There he met philosopher Karl Popper, who had such an influence on him that he wanted to become a philosopher himself.

Popper taught that truth cannot be known for certain and that established “truths” are only “true” until they are disproved. He identified the ideal state as an “open society,” free of communism, fascism, nationalism (which he associated with fascism), ideology, religious fundamentalism, or other forms of “tribalism.” He condemned “the religion of blind authority, magic and tabooism,” which tries “to destroy the greatest achievement of Christianity—the belief that we are all brethren; that all the differences between us are ultimately not very important at all; the belief, in short, in the unity of mankind.”

Popper’s concept of an “open society” especially had a profound effect on the young Soros. It would go on to affect the world.

Soros worked in London, then moved to New York City in 1956. He became a rising star on Wall Street as a specialist in European markets, gaining the knowledge and stature to manage hedge funds (enormous sums pooled by wealthy investors that a manager then invests in the stock market and elsewhere). In 1967, he managed his first offshore fund, then opened his second in 1969. In 1973, he founded Soros Fund Management, later renamed Quantum Fund, which became unusually successful. Over 10 years, it earned returns of 4,200 percent. During that same period, the S&P 500 Index earned 47 percent. By 1981, Soros was called in the press “the world’s greatest money manager” of “the world’s most successful hedge fund.” His net worth was an estimated $100 million.

Soros would go on to shake not only the financial world but also the political world.

In 1988, Soros appointed Stan Druckenmiller as the lead manager over Quantum. Together they executed what Investopedia calls “the greatest single [currency] trade in history.”

The British government was keeping the pound sterling at artificially high prices in order to remain in Europe’s exchange rate mechanism, a precursor to the euro currency. In 1992, Soros saw that Britain could not maintain this high level, and he shorted the currency (essentially an investment betting that the pound would decrease in value). Other investors joined in, which helped force a devaluation of the pound so massive that Britain had to pull the pound out of the exchange rate mechanism. The maneuver won Soros $1 billion.

In 1997, Soros bet against Thailand’s currency, the baht. Other investors followed. The Bank of Thailand collapsed, triggering a financial crisis that affected most major economies in Asia. But Soros profited. In 2013 and 2014, Soros bet against the Japanese yen, and earned another billion dollars.

“I am basically there to make money,” Soros said in a 60 Minutes interview about his role in the 1997 Asian financial crisis. “I cannot and do not look at the social consequences of what I do.”

But what has he done with his billions? It turns out he is quite interested in social consequences.

After he started the Quantum Fund, but before he started breaking central banks, Soros began working to change society.

In 1979, he started using his colossal wealth to support international political causes, force policy changes, and help bring down governments.

“It was a closed society with all the institutions of a First World country, but they were off-limits to the majority of the population on racial grounds,” Soros said of his funding university scholarships for black youths in apartheid South Africa. “Where could I find a better opportunity for opening up a closed society?”

In the 1980s, Soros supported anti-Communist activity in Soviet countries behind the Iron Curtain. He opened a foundation, officially for humanitarian purposes, in his native Hungary in 1984. Among other things, it distributed photocopiers to independent groups to disrupt the Communist government’s control of information. Soros’s wealth also supported Lech Wałęsa’s Solidarity movement in Poland and Václav Havel’s Charter 77 in Czechoslovakia. When the Soviet Union fell, Wałęsa and Havel became their countries’ first post-Communist presidents.

In the 1990s, Soros funded Otpor in Yugoslavia, the movement that eventually helped topple Slobodan Milošević. He even admitted his role in bringing down the regime.

Lord Mark Malloch-Brown, one of Soros’s closest confidants, wrote that Soros “deserves equal billing with Gorbachev, Reagan, Thatcher and Kohl in the fall of the Berlin Wall.” But communism was not Soros’s only target.

“The Open Society Foundations, founded by George Soros, are the world’s largest private funder of independent groups working for justice, democratic governance and human rights,” the organization’s website states. (It is also the world’s second-largest philanthropic organization.) “We provide thousands of grants every year through a network of national and regional foundations and offices, funding a vast array of projects.”

“Although I have made a fortune in the financial markets,” Soros wrote in the Atlantic, “I now fear that the untrammeled intensification of laissez-faire capitalism and the spread of market values into all areas of life is endangering our open and democratic society. The main enemy of the open society, I believe, is no longer the Communist but the capitalist threat. …

“Popper showed that fascism and communism had much in common, even though one constituted the extreme right and the other the extreme left, because both relied on the power of the state to repress the freedom of the individual. I want to extend his argument. I contend that an open society may also be threatened from the opposite direction—from excessive individualism” (February 1997).

In other words, free-market democracies are not “open societies.”

If people are “trying to protect their traditions and customs [and objecting] to social shifts that threaten their way of life,” Popper stated, their societies are “closed” and must be changed. At the top of the list of “closed” conservative societies that resist socialism, internationalism and globalism are nations like America, Britain and Israel. Many Americans, British and Jews believe that the truth exists, it’s universal, it’s knowable—and you can find it in the Bible. They believe the government should align itself as best as it can with truth. This goes against everything Popper and Soros claim an “open” society stands for. They reject the existence of truth and the alignment and enforcement of it by the government.

Soros wants American, British, Israeli and similar societies opened up. And he has shown himself willing and able to undermine not only communism but also free societies. To build a new society, you have to destroy the existing one.

Before, during and after Britain’s referendum on leaving the European Union, Soros tried to keep the British in. Over the last 4½ years, Soros has spent loads of cash sponsoring Best for Britain and advocating for a second referendum to reverse the 2016 vote. Why? Brexit symbolizes a rejection of internationalism and an embrace of traditionalism and nationalism.

Soros’s foundations have donated millions of dollars to organizations associated with Freedom Road. This is the same organization setting fire to American cities and calling for the murder of policemen. The blm riots aim to destroy and transform traditional American culture and society. While Soros and socialists in blm and elsewhere may differ on how to transform the current society, they are united in their attempt to destroy it.

Soros’s foundations fund al-Haq and the Palestinian Center for Human Rights, which have links to the Popular Front for the Liberation of Palestine, a militant Communist Palestinian group classified as a terrorist organization by the U.S., the EU, Israel and Canada. Soros has even been linked to funding affiliates of the Muslim Brotherhood, a radical Islamist party with affiliates all over the world that infamously turned Egypt into an Islamist dictatorship under Mohamed Morsi from 2012 to 2013.

Soros has donated millions of dollars to Priorities usa Action, the main super pac (political action committee) of the Democratic Party. Priorities usa Action was Hillary Clinton’s primary financier during her 2016 presidential campaign. As she was preparing to announce her campaign in 2013, Soros became co-chair of the National Finance Group of the Ready for Hillary super pac. During the 2012 election, he gave $1 million to a super pac that supported Barack Obama.

American politicians almost always rely on wealthy sponsorship, but when you combine Soros’s billions with his political activism and his track record for funding social unrest and regime change, his thoughts, words and actions are worth attention.

In 2004, Soros said preventing President George W. Bush’s second term was “the central focus of my life,” calling the election “a matter of life and death.” He characterized President Donald Trump among the ranks “of would-be or actual dictators” and “a danger to the world,” and he reportedly spent $70 million to stop his reelection in 2020.

Beyond the known massive donations to groups and candidates, what else has Soros done to thwart “a danger to the world” and advance his dream of changing regimes and establishing an “open society”?

Among the organizations and companies linked to Soros are two particularly startling names: Dominion Voting Systems and Smartmatic—the two companies at the center of digital election fraud accusations.

Smartmatic sold its subsidiary, Sequoia, to Dominion Voting Systems and still has influence in the company. And who leads Smartmatic? Lord Mark Malloch-Brown, the man who has been Soros’s confidant for decades, and whom he appointed in December as president of Open Society Foundations.

This isn’t proof that Soros helped steal the election, but it certainly puts him into the equation.

Now we return to the question: Who is George Soros?

He is, inarguably, a billionaire, a generous philanthropist, an extreme progressive, and a powerful supporter of volatile political groups that further his agenda. And he is successful at all these things. He would probably admit that he opposes any American who values America’s traditional heritage and role in the world.

“Do you believe the United States of America has been mainly a positive force in the world for most of its history?” Trumpet editor in chief Gerald Flurry writes in Great Again. “Do you have a favorable view of the Founding Fathers, the Constitution, separation of powers, rule of law, Manifest Destiny, freedom of religion, freedom of speech, free-market economy, and America’s role in World Wars i and ii?

“If you do, then surely you are deeply alarmed by the state of America today. …

The source of America’s social and political problems is not an unseen power-player, an invisible puppet master and dictator-in-disguise inspiring and organizing radical organizations and radical leaders for the purpose of destroying this nation.

This source is not George Soros. Nor is it Joe Biden, Barack Obama or Hillary Clinton. To understand who or what that source is, how it works, and why it is so successful, request a free copy of Great Again.