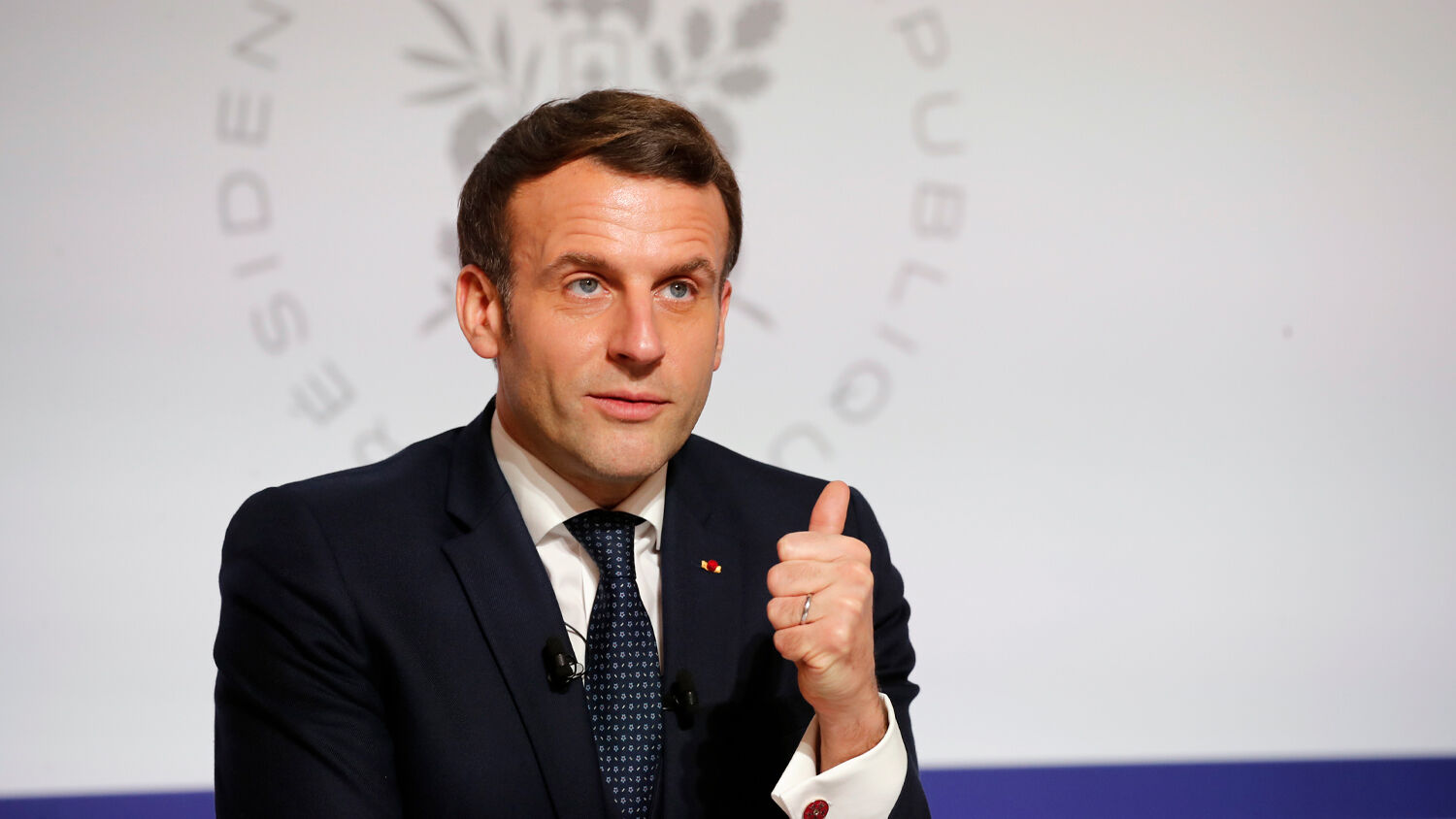 After a virtual meeting of the Franco-German Security and Defense Council, Macron noted: “Initially, I questioned this project. Now we have made up our minds. I am now in full solidarity with it.” Just days before, Macron had demanded that construction on the Nord Stream 2 pipeline, which doubles direct natural gas deliveries from Russia to Germany, be halted.

The most recent criticism against the pipeline came as a result of Kremlin critic Alexei Navalny being unjustly imprisoned in Russia. Both France and Germany agreed that Russian President Vladimir Putin’s action should have consequences. Although Macron thought the consequences should include a construction hold on Nord Stream 2, German Chancellor Angela Merkel thought otherwise.

Following a video conference with Ms. Merkel on February 5, Macron shifted his stance. He said he now better understands how important gas is to Germany as a “transition technology.” In a press conference with the French president, Merkel stressed that despite differences over the Navalny case, “it is nevertheless strategically imperative to remain in talks with Russia on many geostrategic issues.” And so, France is following along.

This pipeline, however, is so much more than just a strategic economic partnership.

Most reporting on the pipeline fails to mention that Nord Stream 2 will give Russia a lot of power. It also signals a deeply rooted partnership between Russia and Germany.

Many in Germany know that once Nord Stream 2 is finished Russia’s power over Ukraine will increase dramatically. Christian Democratic Union leader Armin Laschet, a key candidate to become Germany’s next chancellor, is one of the strongest supporters of the controversial pipeline. When asked about foreign political concerns on January 22, he told faz.net: “Ukraine was concerned that it would be disconnected if the gas came to us via the Baltic Sea pipeline. However, the federal government has rightly made provisions in the treaties to protect Ukraine’s interests. This has also been made very clear to Russia. That is why I share the German government’s position on Nord Stream 2.”

Russia has often used its gas supply as a weapon. Germany knows this. Ukraine is justified in its concern that President Putin won’t hold true to the promises he made in the treaties.

As of now, if Russia decided to cut off gas to Ukraine, for example, it would mean cutting off gas to all nations downstream of Ukraine. Russia would lose out on a lot of potential revenue. Nord Stream 2 would change that. It will allow Russia to continue supplying Western Europe with gas while cutting off nations in the east.

Think of the huge leverage this will give Russia. A Swedish Defense Research Agency study conducted by Robert L. Larsson counted dozens of incidents since 1991 when Russia turned off the gas to Eastern European nations for political and economic reasons—sometimes during the dead of winter. …

Why would [Germany] agree to construct something that exponentially multiplies the probability that Russia will be able to invade other Eastern European nations?

Nord Stream 2 is one of the strongest signs that Germany should not be trusted. It is also a strong sign that our world is heading into a most dangerous time.

Just prior to World War ii, Germany and Russia signed an agreement that basically allowed the two countries to divide Europe between themselves. Adolf Hitler could have never accomplished what he did in World War ii if Russia had opposed Germany earlier. We are witnessing history repeat itself.

Trumpet editor in chief Gerald Flurry warned in 2008 that Germany and Russia had already made a pact: “The presence of a deal between these two nations is not a sign of peace. Like the Molotov-Ribbentrop pact, and so many others before it, it is a sign of exactly the opposite. Both of these nations are looking to secure their shared border—so they can pursue their imperialistic aims elsewhere! It is a precursor to war! That is the way they operate!”

Mr. Flurry delivered this warning after Russia invaded Georgia. Cooperation may have seemed unlikely at the time. But Nord Stream 2 is a clear sign that the two countries are in fact working together in a way that will boost their power over neighboring nations.

What we are witnessing today truly is, as Mr. Flurry wrote, “a precursor to war.”

In a 2018 article titled “Germany and Russia’s Secret War Against America,” Mr. Flurry explained that his understanding of the German-Russian relationship is built on Bible prophecy. Pointing to specific prophecies in the books of Jeremiah and Matthew, he showed how Nord Stream 2 and related developments are leading to a prophesied era of unprecedented worldwide conflict. But he also showed that there is great hope connected to these developments!

For an in-depth study of what the Bible reveals about German-Russian cooperation, read Mr. Flurry’s article “Germany and Russia’s Secret War Against America” and our free booklet Russia and China in Prophecy. German-Russian cooperation will, in the short term, lead to the greatest catastrophe in human history—but as the above-mentioned literature explains, there is great hope beyond the short term.