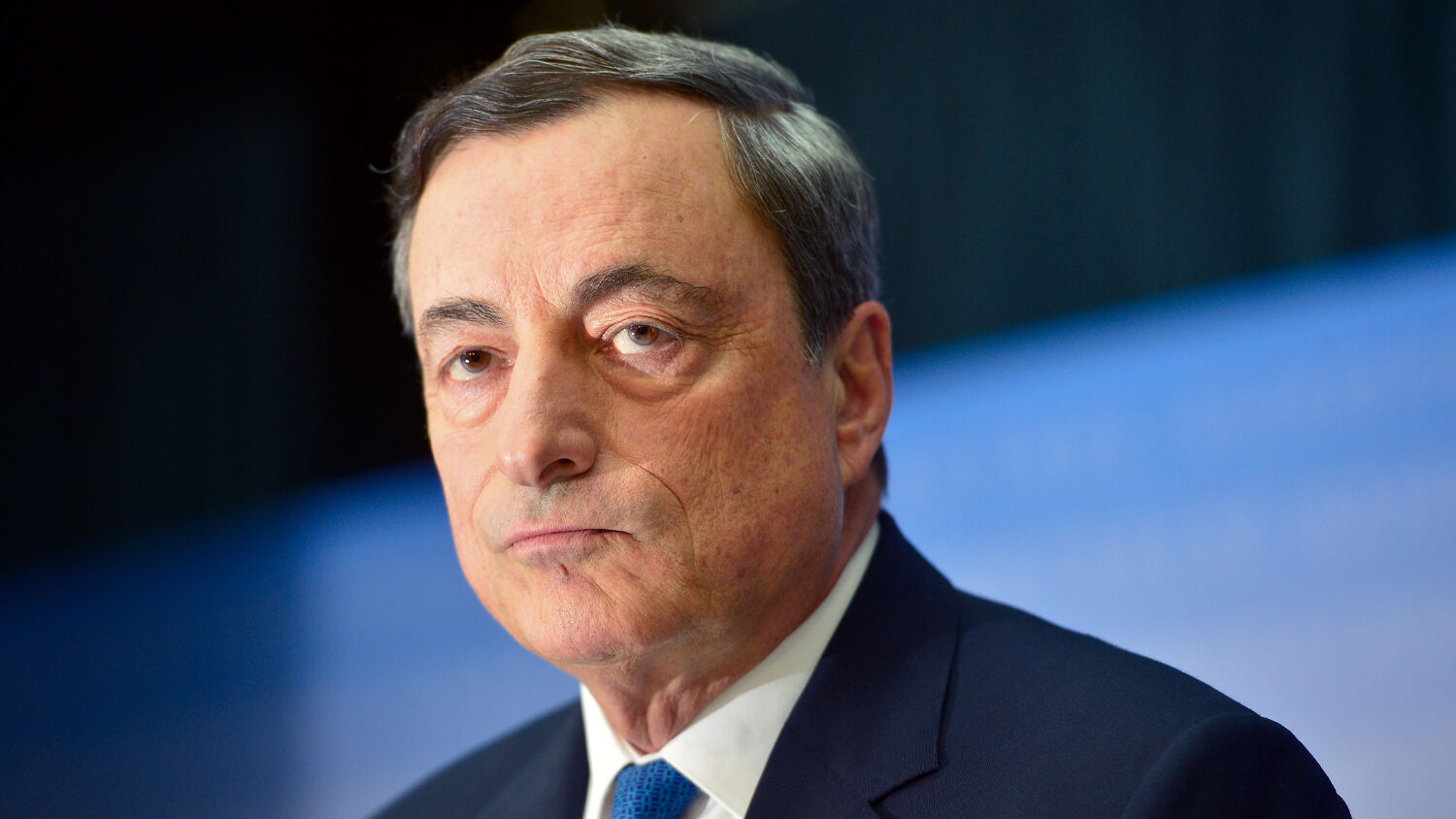 Will he survive Italy’s latest crisis?

Mario Draghi, former head of the European Central Bank, became Italy’s prime minister on February 13. This comes after Italy’s latest political crisis, when its broad coalition split up in January over how to spend the coronavirus relief package supplied by Brussels. Will Draghi be able to prevent another crisis?

Politicians on both the left and the right have given their support to Draghi. His government will include members from Matteo Salvini’s Lega Nord, the Five Star Movement and other parties with conflicting views. Since Draghi was not elected but rather asked to step in, the government will remain in caretaker status until the next elections, scheduled for 2023. Although caretaker governments are not supposed to be overly political, they are allowed to make economic reforms. This is a field Draghi specializes in.

Draghi rose to prominence in 2011 when he became head of the European Central Bank (ecb). He held that post for eight years, successfully navigating the long period of instability following the 2008 crash, including the Greek debt crisis. His work to save the euro gave rise to his nickname “Super Mario.” Some journalists have even hailed him as “the man who saved Europe.” He strongly favors greater unity among European nations, and promised in 2012 to do “whatever it takes” to save the euro.

At first glance, Draghi is an inconspicuous European banker whose name is not widely known outside Europe and the financial world. But he is one of the most well-connected men in Europe. He is also a “Jesuit-trained Vatican supporter,” as late Trumpet contributor Ron Fraser wrote. “It is of interest in this context to note that the man possesses a Christian name that literally means war, warring or warlike—Mario. But the surname also intrigues—Draghi, meaning dragon. Interesting to think on.”

How closely connected to the Catholic Church is Italy’s prime minister?

Italian newspaper Il Giornale claimed on February 3 that Pope Francis approves of Italy’s latest prime minister and likely had a hand in selecting him. For those familiar with Vatican diplomacy, or with Draghi’s background, this is certainly a possibility.

Religious news site Crux declared on February 4 that “Italy may soon have a Jesuit pope and a Jesuit-inspired prime minister.”

Draghi is more than “Jesuit-inspired”; the order founded by Ignatius of Loyola furnished his formative education. This began when he was 15 years old when, following the death of his parents, an aunt sent him to the prestigious Jesuit institution Istituto Massimo Catholic school in Rome. There he personally befriended the headmaster, Franco Rozzi, whom he was seen visiting as late as 2005. In 2015, an Italian newspaper called him “the governor devoted to St. Ignatius.”

During his time as head of the European Central Bank, his Jesuit education was key to his vision for Europe and the expansion of the euro. When he stepped down in 2019, one of the pope’s closest advisers, Antonio Spadaro, wrote a 13-page article in the Jesuit newspaper Civiltà Cattolica praising Draghi’s work and his “vision of Europe … in line with the project of the founding fathers.”

Receiving such high praise from a Jesuit paper indicates that Draghi’s religious education influences his views on economic matters in a way the pope approves.

There is evidence of this in speeches Draghi has given. In February 2013, he spoke at Germany’s Catholic Academy in Munich, arguing that Europe’s economic and monetary policy “must be guided by a higher moral standard and a profound belief in creating an economic order that serves every person.” This “higher authority” is the Catholic Church.

Pope Francis has made similar arguments in more direct language. In Evangelii Gaudium, the pope states that those who support capitalism have “a crude and naïve trust in the goodness of those wielding economic power ….” He criticized “unfettered capitalism,” calling it the “new tyranny.”

Draghi remains close to the Vatican today. On July 10, 2020, the pope announced Draghi’s appointment to the Pontifical Academy of Social Sciences, a Vatican advisory panel.

A Victory for the Far Right

The pope is not the only leader pleased with Draghi’s appointment. At first glance, it may be hard to see how Italy’s latest prime minister could form a working coalition with the likes of Matteo Salvini, leader of Lega Nord (Northern League). Salvini is known for his strong anti-euro platform, yet he has backed Draghi, allowing some members of his party to enter the government. It is possible that supporting Draghi could improve Salvini’s public image. He could also gain favor at the polls if Lega Nord ministers perform well in their functions.

Whether or not Draghi succeeds in averting economic collapse, it could be only a matter of time before the far right returns to government with a strong majority. The Italian Constitution strictly limits what a caretaker government can do. It must avoid politically controversial subjects, which, with the broad range of parties forming Italy’s coalitions, means that the government may grind to a standstill. The next election is scheduled for 2023, meaning the country could be stuck in this condition for some time. This will create frustration and an appetite for change.

“The parties on the far right—the League and the Brothers of Italy—have seemingly little motivation to support Draghi,” wrote the Washington Post. “But the League’s calculation could be more complicated, as it draws support from a business-heavy base in the north that might crave the stability of a Draghi government. [I]f the current sentiments hold, a vote would most likely vault a far-right coalition, including the League and the Brothers of Italy, to power.”

According to Politico, Salvini’s Lega Nord is polling at 24 percent, a fairly high level considering Italians have 11 parties to choose from. The Democratic Party, led by Giuseppe Conte, is close, at 20 percent. However, right-wing Brothers of Italy are next, at 17 percent, a likely ally for Salvini.

Draghi’s support of the euro has not been popular with Italians in the past. “Three years ago, Italian voters rebelled against this regime,” wrote the Telegraph’s Ambrose Evans-Pritchard. “Insurgent parties of left and right swept into power, vowing to defy EU fiscal rules and to reverse reforms imposed upon them (indirectly) by Berlin.” He called the appointment of Mario Draghi “a last-ditch maneuver to avert elections.”

Technocratic governments also have not fared well in Italy. Mario Monti, formerly a professor of monetary theory, held the office of prime minister from 2011 to 2013. Monti was asked to lead the government after Silvio Berlusconi left power in November 2011, in hopes that his financial experience would help Italy resolve its ongoing crisis. He appeared to successfully implement reforms and managed to stave off economic disaster. However, in December 2012, a small party in the coalition pulled its support, bringing down the government. After another long period of deadlock, Monti left office in February 2013.

If that sounds similar to today’s situation, that’s because it is. Draghi’s government may succeed in preventing economic collapse. He is favored by Brussels and will likely receive the help he asks for. However, his time is limited. Discontent with the government is unlikely to vanish, despite his economic skill.

Europe’s response to covid-19 has resulted in calls for greater unity between nations. Now, it is also giving the Vatican a higher level of influence in the Italian government.

Jean Monnet, a founder of the European Union, said that “Europe will be forged in crises and will be the sum of the solutions adopted for those crises.” Mario Draghi was tested by the crisis of Europe’s post-2008 economic crash. He showed determination to unify Europe, doing so in line with his Jesuit training. His leadership could prove to be important for Europe’s economic future.

Those familiar with the Trumpet know we often discuss the effect of crises on Europe in light of specific Bible prophecies.

“One of the most important effects of the coronavirus crisis is taking place on the continent of Europe,” wrote Trumpet editor in chief Gerald Flurry in our April 2020 issue. “It is hastening the fulfillment of one of the most crucial end-time prophecies of your Bible!”

His article “Coronavirus and the Holy Roman Empire” shows how the response to coronavirus “is hastening the arrival of the prophesied European Holy Roman Empire.” The Holy Roman Empire was a combination of church and state. Its emperor derived his authority from the Catholic Church and used Christianity to unify his kingdom. Its history is filled with wars and forced conversions.

With the exception of the 1990s Balkans conflict, Europe has not seen war for almost 80 years. The days of emperors and imperial conquest seem like distant relics of ancient times. The Bible warns that they are not, and that a united Europe will soon arrive. The challenge caused by the coronavirus pandemic is showing Europe’s leaders the urgent need for greater unity. It is also making the Vatican’s influence more prominent. This is exactly what the Bible predicted for Europe today.

“And there are seven kings: five are fallen, and one is, and the other is not yet come; and when he cometh, he must continue a short space” (Revelation 17:10). This describes seven prophesied resurrections of the Holy Roman Empire. Herbert W. Armstrong, founder of our predecessor magazine the Plain Truth, explained that the sixth resurrection of this empire came with Adolf Hitler and Benito Mussolini. He taught that the seventh, a unified Europe, is in the process of forming now. (The previous five administrations are explained in our free booklet The Holy Roman Empire in Prophecy.)

“So he carried me away in the spirit into the wilderness: and I saw a woman sit upon a scarlet coloured beast, full of names of blasphemy, having seven heads and ten horns” (verse 3). Throughout the Bible, a woman is often used to symbolize a church. In this case, it is depicting a church guiding the seven resurrections of the Holy Roman Empire. The Vatican is prophesied to gain more influence over Europe. In times of crisis, this process is accelerated.

Coronavirus will continue to reshape Italy and Europe in a way that fulfills these prophecies. To understand what to expect in the months ahead, read Mr. Flurry’s article “Coronavirus and the Holy Roman Empire.”