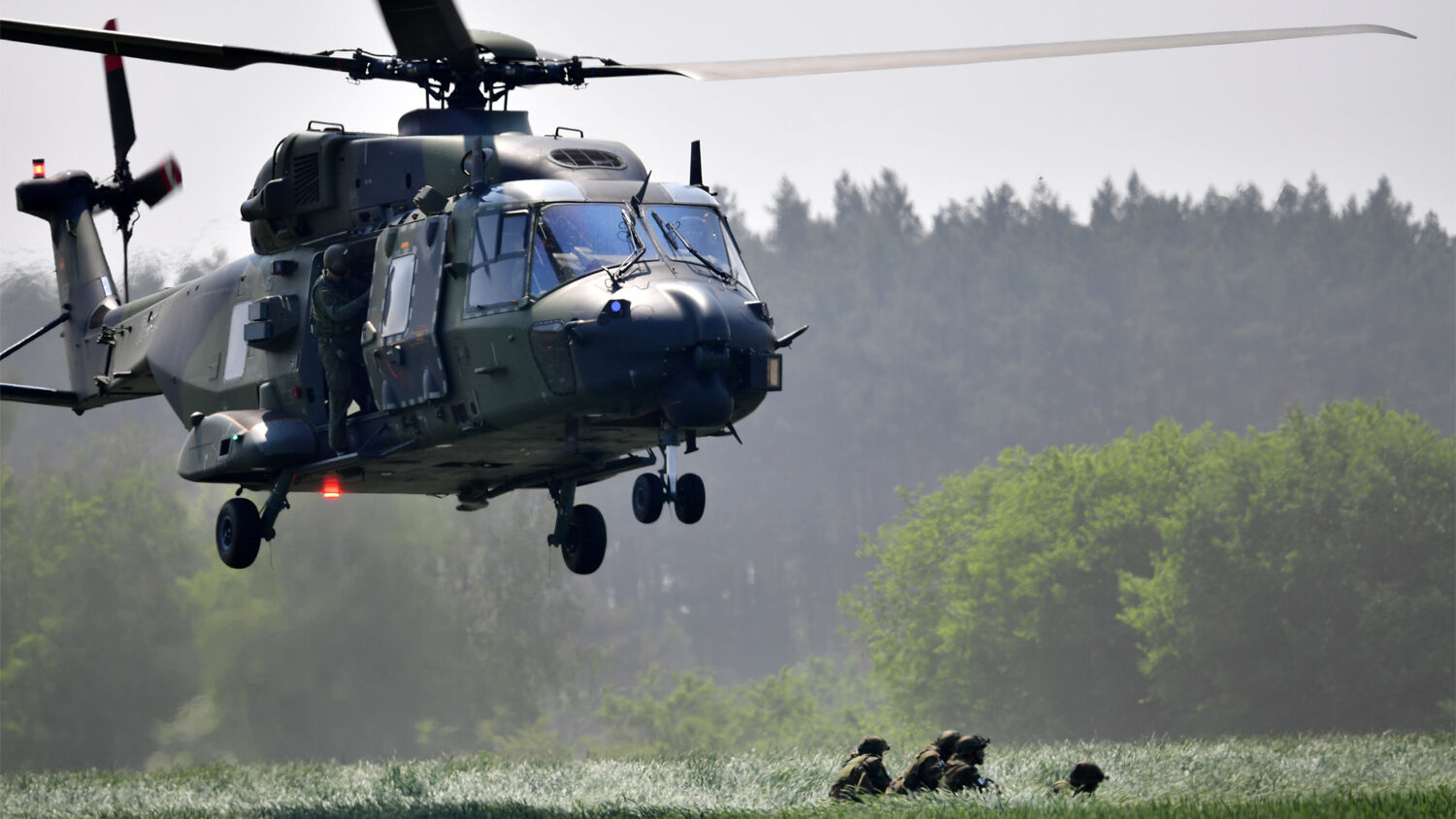 Few realize Germany’s military strength is not revealed by statistics.

For the last decade, the German military has been under-financed. Yet at the same time, Germany’s economy and industry have grown every year. Even in the midst of the coronavirus pandemic, Germany has spent a record sum on its military while other nations have had to consider cutbacks.

In its recent report to the North Atlantic Treaty Organization, Germany stated that its projected defense spending for 2021 amounts to $63.9 billion. This represents 3.2 percent increase over the previous year. As of December 2020, 265,000 men and women, uniformed and civilian, were employed by the Bundeswehr. A total of 183,777 professional, temporary and voluntary soldiers serve in the Bundeswehr.

Yet this boost in Germany’s spending is unique. “All U.S. presidents over the past decades have advocated more defense spending by Europe’s nato partners,” nato Secretary General Jens Stoltenberg said in an interview with German news agency dpa last year. At a nato summit in Brussels in 2018, then United States President Donald Trump didn’t rule out an American withdrawal from the alliance if members did not reach the goal of spending 2 percent of their gross domestic product on defense. German defense spending in 2020 was equivalent to 1.6 percent of its gdp, according to the latest nato calculations, up from 1.3 percent in 2019.

But few realize that Germany’s military strength does not lie in its numbers but in innovation.

“Though Germany isn’t a military heavyweight, the overall picture is strong,” we wrote in “Forging a Superpower.” “Its military budget is the seventh highest in the world. This rank could suddenly rise if Germany commits to rearm—for which its capacity is mighty.”

For decades, Germany has been among the world’s leading arms exporters and has established a global arms industry. At the same time, it has maintained a comparatively small core army. Due to these factors, it has been able to invest in military innovation.

For example, on January 28, the Bundeswehr ordered laser weapons from the German arms industry. Very few nations have the ability to order such technology from their own industries.

So while it is true the German military has been under-financed, its arms industry, in close cooperation with European partners, has grown steadily. What’s more, for decades Germany has had strategic insight into nato operations. It has had time to study U.S. weapons technology.

A casual glance at Germany’s military reveals only a fraction of the truth. Few people factor in its arms industry, its connections in Europe, its experience in developing armaments, or its strong economy. There are multiple factors that would allow Germany to suddenly arm; but to many, these factors are hidden. In fact, the Bible reveals that Germany’s sudden military rise will surprise many.

Revelation 13 prophesies: “And they worshipped the dragon which gave power unto the beast: and they worshipped the beast, saying, Who is like unto the beast? who is able to make war with him?” (verse 4). This is a prophecy about a coming militaristic empire, headed by Germany. The rise of this empire will be sudden and unexpected, causing the world to “wonder” at its strength (verse 3).

A prophecy in Nahum further highlights this sudden and astonishing rise. Notice what Trumpet editor in chief Gerald Flurry writes in Germany and the Holy Roman Empire:

The book of Nahum is an end-time prophecy about Germany. Nahum 3:16-17 talk about this illusive power. “Thou hast multiplied thy merchants above the stars of heaven: the cankerworm spoileth, and flieth away. Thy crowned are as the locusts [Winston Churchill even called the Germans and their military machine ‘the locusts’], and thy captains as the great grasshoppers, which camp in the hedges in the cold day, but when the sun ariseth they flee away, and their place is not known where they are.”

After World War ii, the Nazis just went underground and disappeared like grasshoppers in wintertime. Suddenly, they were gone. But just as suddenly, they have burst back on the world scene. That’s exactly the way God foretold it was going to happen in this end time.

German militarism didn’t go away after World War ii. Quite the opposite: It is alive and strong today. And it is ready to shock this world in an unprecedented way. For proof on how German militarism has survived in the decades since World War ii and how many biblical prophecies apply to modern-day Germany, request a free copy of Germany and the Holy Roman Empire.