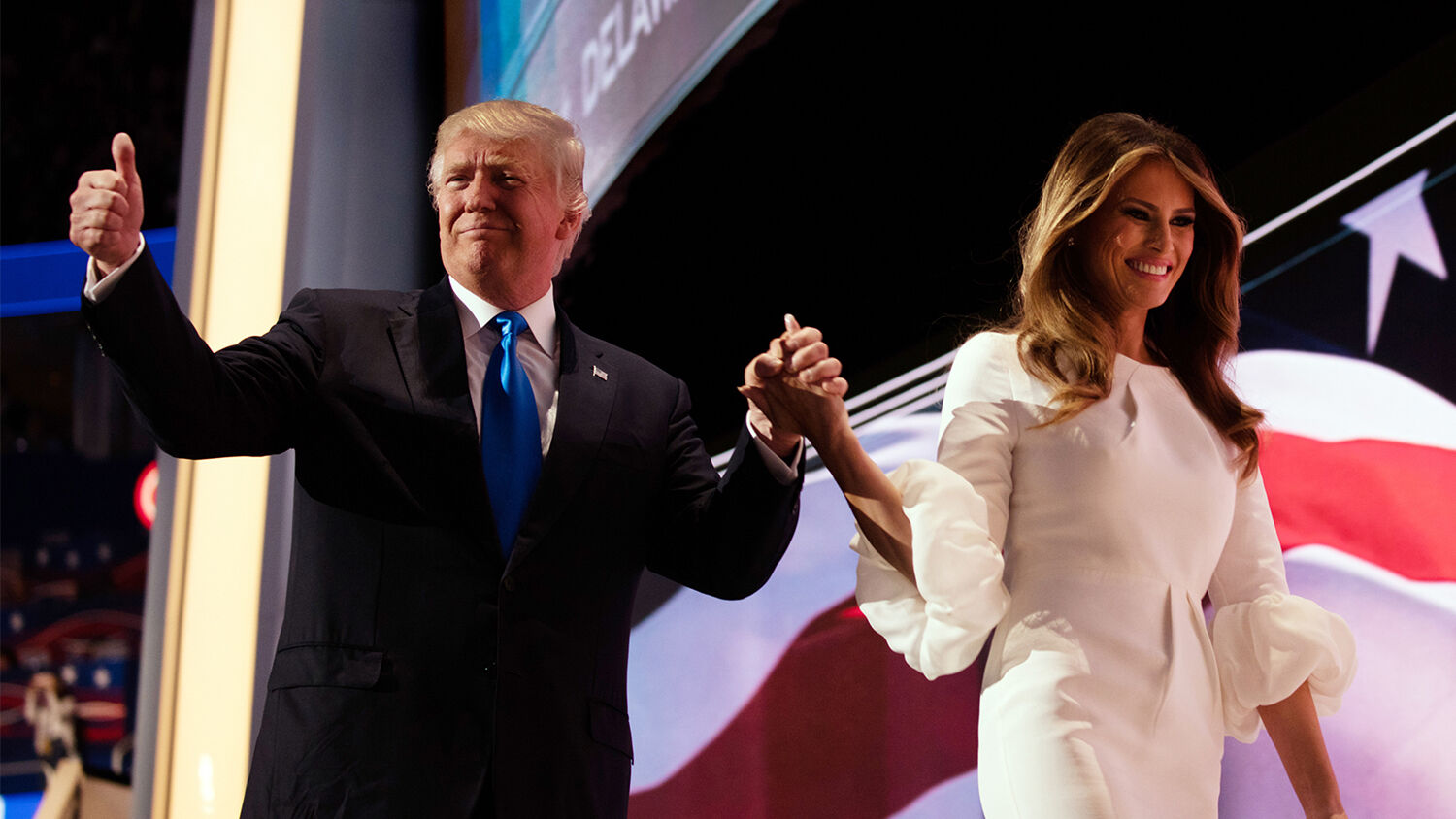 Two months ago I wrote an article titled “Why Donald Trump Will Remain America’s President.” Yet last Wednesday, Mr. Trump flew to Florida, and Joe Biden was inaugurated president.

I have received some criticism for what I wrote. Perhaps some of it is justified. I made a mistake, and I don’t want to act like there was no mistake. I understand why some people were confused or upset.

However, I want you to remember what I wrote in that article. I am not running away from it.

What happened in America this past week is not the end of the story.

God prophesies in the Bible, and His prophecies are sure! With the apostles and the prophets, He usually does not show the whole picture in detail or all at once. He often speaks in a coded way, and then only later reveals that code.

God knows what He is doing, and He can certainly correct me if He needs to. He is perfect—but His servants make mistakes. Hebrews 5:2 says, in fact, that His ministers are “compassed with infirmity.” I do make mistakes, and I will make mistakes in the future. I am not trying to defend myself—but I am trying to defend God and faith in God.

The word “remain” is an important part of that article and its title. I apologize for creating confusion there. But as I want to show you, even with Mr. Biden now in the White House, “Why Donald Trump Will Remain America’s President” might not actually be a mistake.

I based my forecast about President Trump on two prophetic passages I have repeatedly emphasized over the past four years. I know these prophecies will be fulfilled, I am 99.9 percent sure my understanding of them is correct, and anyone can prove them!

One is in Amos 7. It speaks of a time when God is preparing to measure the destruction of end-time Israel—the United States and Britain—and He says, “I will not again pass by them any more” (verse 8). This is just before severe correction on these nations if they don’t repent. They are receiving their final warning.

The last part of verse 9 says this is about “the house of Jeroboam.” Verse 10 says, “Then Amaziah the priest of Bethel sent to Jeroboam king of Israel ….” Verse 11 says, “For thus Amos saith, Jeroboam shall die ….” Verse 12 describes a message from Jeroboam that Amaziah delivers to God’s people. Then verse 13 talks about the king’s chapel—speaking of King Jeroboam. From verse 14 on is about the Great Tribulation, the time of suffering that closes the age of man.

So the entire context of God saying I will not again pass by them any more is the time of “Jeroboam”—an end-time antitype of King Jeroboam ii of Israel, whom I have said is Donald Trump (explained in my free booklet Great Again). You can read this passage and see how it looks like one flowing event. There is no hint of a gap or pause in Jeroboam’s reign. So you can see why I wrote the article as I did. It all looks like it’s Jeroboam’s timeline.

This is clearly a prophecy of the very end for this nation, and Jeroboam is in power. It has not yet been fulfilled. So based on this prophecy alone, we can be sure that God is going to give Donald Trump that office of presidency of the U.S. sooner or later. As much as the radical left wants it to be otherwise, Jeroboam is not gone from the scene.

The second prophecy I have highlighted is in 2 Kings 14:26-27: “For the Lord saw the affliction of Israel, that it was very bitter: for there was not any shut up, nor any left, nor any helper for Israel. And the Lord said not that he would blot out the name of Israel from under heaven: but he saved them by the hand of Jeroboam the son of Joash.”

Here is Jeroboam ii again. This is history about this king—but it is also prophecy. It is from the section of the Bible called the former prophets. It was canonized by a prophet and preserved for thousands of years for us today. It is prophecy!

As I wrote in that article, “Israel” refers to the modern nations descended from ancient Israel. Somebody is trying to blot out the very name of Israel from all over the Earth! This is someone motivated by the devil, who hates God and works continually to try to undermine and subvert everything God does.

The devil has successfully used the radical left to destroy America, the superpower of end-time Israel. But God intervened and stopped him—temporarily—by the hand of President Trump. That has enraged them all the more. They have committed multiple treasonous acts trying to ruin President Trump—ceaseless condemnation, spying, a baseless three-year criminal investigation, impeachment. These attacks were all based on grotesque lies, and they knew it! That is diabolical evil!

God sent President Trump specifically to deal with that evil and to save Israel temporarily. That work is not complete. So this too shows that he is coming back.

Many people believe the presidential election was stolen. I believe that myself. I also believe that God has something to say about that stolen election!

Here is an important question to consider: Why would there be no hint in the Amos 7 prophecy about there being a break or pause in Jeroboam’s reign? Why doesn’t the prophecy tell us about this presidency being lost and then somehow coming back? You have to realize that God is invested in this Trump presidency. God Himself sent Mr. Trump to save Israel and keep the name of Israel from being blotted out because of satanically led people!

Is it possible that God didn’t say it because, to Him, there is no gap there?

There is a lot of evidence of election fraud. God certainly saw it all. Is God showing us that the election was stolen by maintaining the flow about Jeroboam in this prophecy? Perhaps He looks on Mr. Trump as still being president of the United States!

I have thought the election was stolen. It adds a lot of weight to that idea if that is how God Himself views it! I believe that is what God is saying here; other people will have to study this and decide for themselves what they think about it.

One thing is for sure: God is going to bring Mr. Trump back. It will happen at most in four years—yet I can’t conceive of it being anywhere near that length of time. Because with radicals in power, how would we get the work done? When the devil is inspiring people, God’s work is their number one target! And look how they are using their power over the media, technology companies and social media to silence anyone who disagrees with them! They are clamping down on free speech in a shocking way!

We have to recognize that the radical left is interfering with God’s plan! You can be sure God will not let that stand. I still believe what I wrote in that article—that God is about to do some massive exposing of how the election was stolen and other crimes the left is committing. I don’t know exactly what God will do, but He could expose all this very shortly—and then what happens? If Mr. Trump had the election stolen from him, then it should flow right on with him being president. I don’t know that he will. Time will tell if I’m right or wrong.

This week we are assembling the coming Trumpet print edition, and I do hope you will look for that. I wanted to get this Trumpet Brief to you quickly, but I will flesh this subject out and explain it in greater detail in my “From the Editor” article there. It should be available on the website by next week.