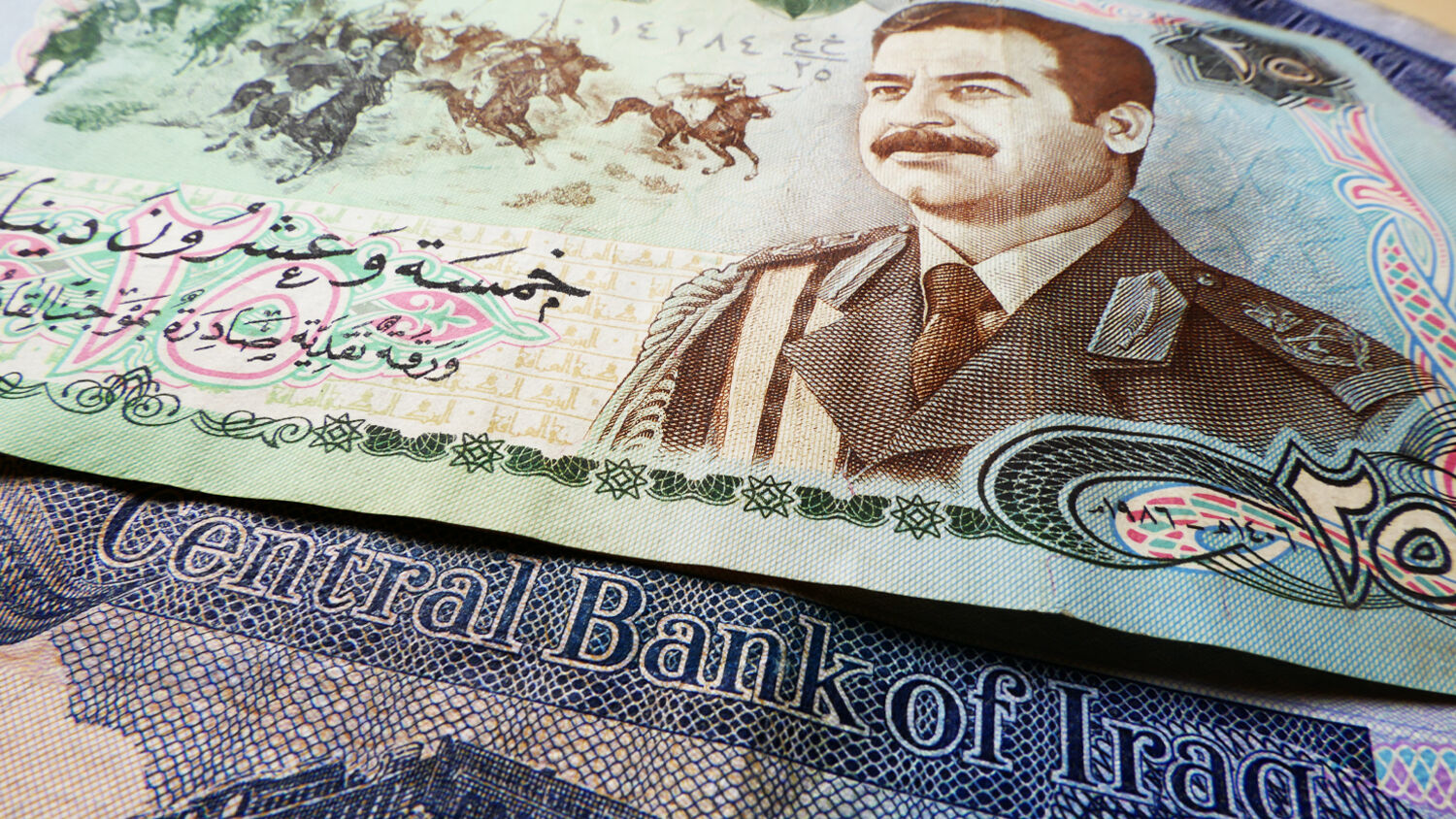 Will closer cooperation with Iran become a financial necessity?

Iraq devalued its currency against the dollar by 18.5 percent on December 19 in an attempt to stimulate its faltering economy. Iraqi government officials acknowledge they have a major problem. Yet not all nations view it that way. Iraq’s difficulties are Iran’s opportunities.

2020 has been a disaster for Iraq’s economy. The International Monetary Fund estimates that Iraq’s economy contracted by 11 percent during 2020.”We supported the devaluation since the economic situation is collapsing,” Iraqi finance committee member Jamal Kojar told Al-Monitor.

In October 2020, Iraq had reserves of $53 billion. It then spent $30 billion to pay government employees from October to December. The debt now stands in excess of $80 billion.

Iraq’s 2021 budget set aside $12 billion solely to pay interest on the debt. The total budget is $107.5 billion, meaning payments on the debt alone amount to 11 percent of the yearly budget—so far. The expected deficit for 2021 stands at $58 billion, nearly 54 percent of the budget.

To pay the salaries and pensions of all its employees, Iraq’s government needs an income of $5 billion. In addition, $2 billion is needed to cover its basic operating expenses and services. Since the spring, when coronavirus began to affect demand and oil prices fell, Iraq has only sold enough oil to pay about half that amount. Its monthly income has hovered between $2.5 billion and $3.5 billion. This makes a shortfall of as much as $4.5 billion monthly.

Iraq’s national economy relies on oil revenue. The industry provides 90 percent of government revenue. Economists estimate that 40 percent or more of the nation’s workforce relies on either a direct government salary or a contract.

The people of Iraq are aware that their economy is close to collapse. “Everyone is afraid to buy or sell,” one resident of Baghdad told the New York Times. He said that Baghdad’s Shorja market, which normally sees many customers, hardly has any at the moment. The majority of clients who frequent this market are government employees.

The Iraqi government’s debt to Iran, the source of most of its electricity and natural gas, is also dangerous. Iran claims Iraq owes $5 billion worth of electricity and gas.

Most Iraqi power plants run on natural gas, which is produced when crude oil is extracted from the ground. Iraq possesses the fifth-largest reserve of oil in the world. Yet it buys electricity and natural gas from Iran. Why? It lacks infrastructure to process the gas it extracts. Government corruption and deals with Iran have slowed down the rebuilding of Iraq’s energy sector since the devastation of the 2003 Iraq war. Iraq was led by pro-Iranian prime minister Nouri al-Maliki from 2006 to 2014, whose regime oriented Iraq toward Iran rather than focusing on rebuilding its own capacity for energy.

Iraq’s debt to Iran can be exploited. As electricity shortages grow worse and wages are left unpaid, unrest will grow.

In December, Iran cut natural gas exports to Iraq from 50 million cubic meters a week to only 5 million. The reason given by Tehran? Iraq’s unpaid debt. This further worsens the blackouts plaguing Iraq and the standing of Iraqi Prime Minister Mustafa al-Khadimi. If the government falls, that could allow Nouri al-Maliki to return to power. Maliki currently leads the Da’wa party.

After Saddam Hussein’s fall, Shiite Iran gained inroads into Iraq by appealing to Iraqi Shiite movements. This process has continued since. The possibility of his return, or of Iran effectively gaining control of the government, should be concerning to the world.

As early as December 1994, the Trumpet has been saying that Iraq will be strongly influenced or even controlled by Iran. At that time, editor in chief Gerald Flurry pointed to Iraq’s dangerously weak economy and popular discontent with the government. He also pointed to growing affinity between Shiite movements in the two countries, warning that this gives Iran the opportunity to gain influence over its neighbor.

In our June 2003 Trumpet print issue, after Saddam Hussein’s removal, we wrote that Iraq’s fall to Iran would align with what Bible prophecy foretells for the country in our day.

“Saddam Hussein was the only leader that Iran feared,” wrote Mr. Flurry in “Is Iraq About to Fall to Iran?” He continued, “Now the U.S. has taken him out of the way. But does America have the will or strength to guard the spoils of war? Prophecy states that it does not.” This statement has proved true. The U.S. has been withdrawing from the region, despite the fact terrorism and government corruption continue to threaten Iraqi sovereignty. Mr. Flurry asked, “Have we now cleared the way for Shiite Iran to rule over Shiite Iraq?”

Bible prophecy states that nations in the Middle East will align with one of two world powers in our day. One of them is “the king of the south,” which we have identified as Iran; the other is”‘the king of the north,” which we prove to be a united Europe (our booklet The King of the South proves these identities in detail).

Daniel 11:40 describes a time when these two kings, or major powers, will clash: “And at the time of the end shall the king of the south push at him: and the king of the north shall come against him like a whirlwind, with chariots, and with horsemen, and with many ships; and he shall enter into the countries, and shall overflow and pass over.”

Further, a prophecy in Psalm 83 describes which nations will be allied with Europe. Syria, Lebanon and moderate Arab nations are listed as part of this alliance. However, Iraq is not. It is likely that Iraq, with its Shiite majority, will end up in the Iranian camp.

“The clash of these two kings would be hastened greatly if Iraqi oil were to fall into the hands of Iran,” wrote Mr. Flurry. “But even a close alliance between the two countries could achieve the same goal.”

Will Iran use force to make Iraq pay its debt? Even if it does not, a future Iraqi government would likely be pro-Iranian of financial necessity. Nouri al-Maliki, the pro-Iranian prime minister who ruled Iraq for eight years, remains politically active.

By gaining control over Iraq, “the king of the south” would consolidate its power. In the short term, Bible prophecy says this will lead into the worst conflict mankind has ever seen (Matthew 24:21-22; Daniel 12:1). But this isn’t how it will end. To understand why you should watch Iran’s inroads in Iraq, read The King of the South, by Gerald Flurry.